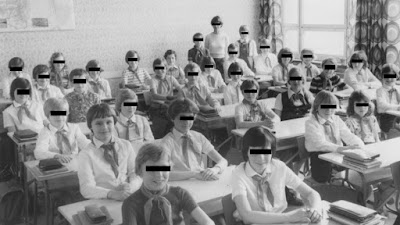 Some on the Patriotic Right fret about the corrosive effects of Cult of White Guilt, but it’s actually a secondary problem flowing from a much bigger one, namely the power of the TEMPLATE.

The Template decides who are approved & who can accuse as opposed to who are accused & who must atone.

But once the Template is smashed, it doesn’t matter what people believe as individuals. The personal consciences of individuals matter only in relation to the condemnation or consecration by the Template held by the Power. Why does one’s personal views and feelings about Jews matter in America but one’s views and feelings about Buddhists don’t? It’s because the Template protects and favors Jews but is utterly indifferent about Buddhists. So, a person can love or hate Buddhists, and it wouldn’t matter one way or the other. Neither loving nor hating Buddhists is either an advantage or a disadvantage. The Template just doesn’t care. But if one’s feelings about Jews were made known, it’d have serious consequences on the social, economic, and political level because Jews are so central to the Template.

Take communism in East Germany. As long as the System was in place, the Template was “Marxism-Leninism is the eternal truth, and good communists are on the side of angels, and it is their right and duty to accuse and expose anti-communist heretics.”
Under the System, the pro-communists could accuse and condemn anyone deemed anti-communist. They didn’t need to explain or justify their feelings and actions. The System ensured its supporters to take for granted the infallibility of Marxism-Leninism. All they had to do was point fingers and accuse. Destroy the enemy and feel justified as good comrades. As for the accused, they had to either deny the charges of anti-communism or defy the system with all the courage they could muster(and almost invariably pay a heavy price). The System enforced the Marxist-Leninist Template. Even if we were to suppose everyone in East Germany, communist and anti-communist alike, was motivated by the purest ideals and principles, what ultimately decided their fate was not their individual consciences but the Template that had the power to choose winners and losers.

But once the System came tumbling down in East Germany, it no longer mattered if there remained hardline communists or Marxist true believers. The System no longer existed to protect and favor them. Whether few or many, they were now all alone to make their case without the System enforcing the Template in their favor.

Also, their accusations no longer carried any weight. They suddenly lacked the power to affect the lives of others because the Template no longer existed to lend them support against others. If anything, there was the sudden realization that their power had been illusory. Because they could destroy other lives under communism, they’d been lulled into believing that their personal sense of righteousness, in and of itself, had the force of history. But in fact, it had been the systemic wind behind their backs that had created the impression of having agency in history.
It’s like Christians in a Christian Order may feel empowered by Faith alone. After all, the Christian Faithful feel blessed in a Christian system that favors their kind. One could easily overlook the crucial role of the system and believe in God as the source of one’s blessed position in society. But one’s favored status really owes to the power of the Church that endorses and ensures the privilege of the true believers. If the power of the Church were to fade, their faith alone wouldn’t amount to a plate of beans. Today, American Christians have begun to realize this. Because core institutions of America are now effectively post-Christian(and even anti-Christian), what with the Template consecrating Jews-Negroes-Homos above all others, being a Christian today has little resonance within the domains of power. If anything, it could be a liability in many key areas.

Same logic applies to the cult of ‘white guilt’. It’s not the feeling itself that is most worrisome. Same goes for the cult of Diversity and Homomania. Before Diversity and Homomania were promoted as part of the Official Template, it didn’t matter if one espoused nationalism or anti-homo sentiments. One could openly question or mock Diversity or the Homo agenda prior to their consecration into the Template. And it didn’t matter if some people were pro-homo-agenda or pro-mass-invasion. They lacked the backing of the Template and could therefore be pushed back because they stood alone with their own convictions.

But once Diversity was canonized into the Template, its advocates had the blessings of the System. And its opponents were effectively excommunicated by the System. If an idea isn’t yet canonical, opposing it cannot be heretical. Thus, while opposing it may lead to heated arguments with its advocates, one cannot be destroyed by the System for harboring such views because the System has yet to canonize the idea that would render such views heretical.

Once elite institutions canonized the tenets of PC, opposing views were no longer regarded as mere disagreements or dissent but as heresies of ‘hate’. So, with the full spectrum of elite opinion from left to right chanting the sacred mantra of ‘Diversity is our strength, the message was loud and clear that Diversity now has the full blessing of the Template. It was no longer a position among other possible positions but The Position, the Only Position.

So, the key issue isn’t White Guilt per se. Such sentiments always exist because any society(even non-white ones) will have its share of self-loathing types who love to make a spectacle of their higher virtue via atonement and redemption.
What gave Self-Loathing Whites or SLW’s the moral and political advantage is that the Globalist elites used their immense power to push the Iron Template of Diversity and Homomania. So, SLW’s are now favored in the way that communist zealots, communist toadies, and communist hacks were favored in Stasi-dominated East Germany. But notice how the commies in all walks of life lost their advantage overnight when the System came down. Being communist in a system tailored to Marxism-Leninism was like having an anti-gravity belt. But once the system’s power was shut down, those hovering in the air all came crashing down. Tragicomically, while they were up in the air, they thought their power of levitation emanated from within their own souls. They learned the truth the hard way when the system no longer supplied power to their belts. It's like a soldier has the power to kill other people as long as he is consecrated as a 'hero' by the System. But back in civilian life, he realizes his 'power' of 'heroism' totally depended on the System.

So, the problem isn’t so much the existence of SLW’s, annoyingly unbearable as they may be. Rather, it’s that they are blessed by the System that calls for Open Season on White Heretics, aka the Patriots. Once the Template is smashed, the Patriots can fight back with the full force of facts, logic, and passion, and then, SLW’s will have to stand on their own legs in the fight that they will inevitably lose. After all, those who hate their own kind will lose to those who love their own kind. Also, the support of the Template made the SLW’s spoiled and lazy. Their reliance on anti-gravity belts powered by the Template made their bones weak.

We must smash the Template, or the Tabernacle.