Daniel E. Hanrahan’s Hokum Is a Perfect Illustration of How Even Elite Self-Criticism Is Just More Vanity, Boast, & Self-Aggrandizement 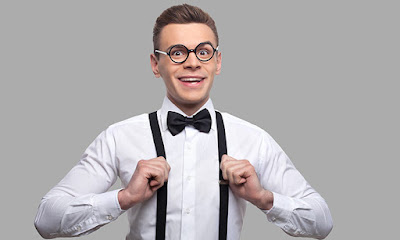 Get a load of this typical self-serving rubbish from a member of the Overclass at Harvard University.

What sheer hokum. Most people would be embarrassed to write such disingenuous tripe short on logic and facts. It just goes to prove that elite universities are essentially magnets for sycophants and conformists short on integrity and big on opportunism. But lacking integrity, people like Hanrahan surely believe their own BS, just like good little boys and girls reciting the Pledge of Allegiance in 4th grade.

Hanrahan’s piece is really underhanded self-flattery, a roundabout way of boasting about his self-effacing virtues. Though ostensibly a self-damning confession, his most grievous transgression turns out to be having made a few unflattering remarks about girls.
It’s like some guy claiming to be racked with guilty because he once played poker for pennies. Oh, it’s the end of the world! Of course, anyone making such noise is really boasting of his goody-goodiness on account of his very worst behavior being more innocuous than the good behavior of most people. In other words, Hanrahan is such a well-behaved mama’s boy and a dork that the most untoward thing he ever did to womenfolk is mutter a few uncomplimentary remarks about them... when they weren't even around. Since they weren't around, he couldn’t have done anything to them, but I guess it’s the thought that counts(or subtracts, as the case may be). He still shouldn’t have said them because a good-goody-two-shoes dork like him must be a perfect gentleman at all times. (Maybe his next confession will be about a dream he had where he looked at a sexy woman without her permission.) It’s like someone confessing to an act of theft where he didn’t actually take anything but only coveted someone else’s belonging. On the surface it sounds like an admittance of guilt, but it’s actually a statement of pride that (1) he never really stole (2) he’s such a goody-good person that he feels guilty even to think of pilfering something.

Also, notice how Hanrahan makes himself the moral superior in relation to OTHER guys. You see, the other guys were unperturbed about their loose and unseemly talk about womenfolk, but Hanrahan, oh Hanrahan, he was overcome with an ethical and spiritual dilemma for having partaken of such undignified behavior. His sensitive heart felt soul-tremors, like a Victorian who’d accidently cast his eyes on smut. Hanrahan’s pristine conscience was oh-so-disturbed… like the moment Peter was overcome with grief for having denied Jesus three times.

Now, if Hanrahan wants to be seriously honest about problems of womanhood, he would address the fact that the main booster of beastly male behavior is black rap culture where guys refer to women as ‘skankass biatches’ and where women ‘twerk’ like wild apes & actually enjoy being sluts & ho’s whose idea of ‘empowerment’ is acting like hookers-gone-wild.

But of course, in our PC culture(not least enforced by elites who graduated from institutions like Harvard), honest criticism of blacks is taboo because any damning perception of their culture must be ‘raciiiiiist’. Political Correctness, as rigged by Jews who control the elite institutions and industries, decree that blacks, along with Jews and homosexuals, are holy and above scrutiny & criticism. Jews, blacks, and homosexuals are like moral royalty, meaning they are ennobled by their blood alone. Just like even a stupid moron born into a noble family belonged to an aristocracy of caste, any Jew, Negro, or Homo is, on the basis of his blood alone, a member of the moral aristocracy. So, if a bunch of stupid blacks listen to ugly rap music, beat up teachers and classmates, and ruin their neighborhood, they are blameless, and we must find other culprits as scapegoats. Or, if a bunch of powerful Jews use media and deep state to wage another War for Israel and end up destroying millions of lives, they are blameless, and the mess must be pinned on others. And if homo behavior degrades social mores and spreads disease, the problem is never with homo excesses or degeneracy but with non-homos who aren't doing enough to make homos have their fun without risks to themselves and rest of society.

If Hanrahan had an ounce of honesty, he would note that there are actually very few cases of rape in most colleges. Among actual rapes, a very high percentage involve blacks who are there only because of athletic scholarship. But that ‘inconvenient’ fact would also be ‘raciiiiiiiist’ because it casts negative aspersions on black attitude and behavior. With PC telling us that we must have faith in the holiness of Negroes, it’s simply not okay to think of blacks as rapists. After all, associating blacks with rape is too much like ‘Jim Crow’ Era when, supposedly, white women were falsely accusing always-innocent black men of rapes they never ever committed.

Finally, if Hanrahan is really a true-blue progressive who cares about equality, what is he doing at ultra-exclusive and ultra-elitist Harvard? Doesn’t he want to be with real people? Doesn’t he want to rub shoulders with people at state universities? Is he too good for the public colleges or the hoi polloi? Or, is he going to tell us that he’s studying to be the best of the best to save all of humanity? Wow, what an original idea!

Universities like Harvard pontificate about ‘inclusion’ to mask their actual role as exclusive laboratories for the production of a special kind of elites who all think alike in perfect obedience to the Jewish elites and their homo proxies. Worse, many graduates of Harvard end up working for Wall Street to fleece the world, working for Deep State to perpetuate US globo-hegemony, or working for elite institutions to expand & enforce PC and suppress freedom of speech & honest criticism of globalist elite power that is now mostly concentrated in the hands of Jews and their homo allies.