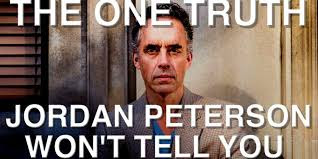 Jews, whites, and Diversity. A conundrum.

Jews use the Diversity Card to secure their Tribal Supremacist Power. Jews have elite power but are weak in numbers. As only 2% of the population, they feel vulnerable against the 98% that is gentile. So, Jewish rely on growing Diversity to create divisions among gentiles and to use non-whites against the diminishing white majority.

But there is a problem. Jews have a hard time making Diversity(masses of non-whites) love Jews. Mexicans and Asians are indifferent to Jews. Blacks tend to be hostile. Muslims even more so. Hindus will play every which way.
So, Diversity cannot side with Jews on the basis of love. Many non-whites see Jews as too rich, too powerful, or too corrupt. Many see the GOP as the bigger Israel First party.

So, if Jews can’t get Diversity on-board the Jewish train on the basis of love for Jews, the only option is on the basis of hatred toward whites. So, notice how PC made Nancy Pelosi’s grandchild feel ashamed of his whiteness. He wants to be of another race. Whites are made to hate their own kind, and non-whites are made to envy, resent, and hate whites, even as they want to be with whites and get stuff from whites.

Diversity is a Hate Cult. If Jews could have made non-whites love Jews, it might have been a sunnier cult. But Jews have failed to make most non-whites care much about Jews. If anything, plenty of non-whites just see Jews as the richest whites. Also, growing numbers of non-whites favor BDS over ADL.

Anyone who knows anything should know that Jews use Diversity as a weapon against whites.
That being the case, the most natural thing for whites would be to call out on Jews for their anti-white hostility.
But, whites can’t because there’s this thing called the Jew Taboo.
The Jew Taboo decrees that Jews can never be accused or judged because Jews can never do wrong(and even if they do wrong, they are still right because they are above the law like God over man). The Jew Taboo assumes that Jews are a perfect people, always so wise, angelic, or tragic(as innocent victims of ‘rabid’ and ‘virulent’ ‘anti-Semites’).

So, given the pervasive, omnipresent power of the Jew Taboo, whites cannot call out on Jewish hostility toward whites. The Jew Taboo says Jews are incapable of doing anything vile, ugly, hateful, or evil. So, if whites feel that Jews are being hostile, the problem is in the minds of whites, and it is their obligation to purge their ‘paranoid’ minds of ‘nazi’-like suspicions. And if on occasion Jews do admit to their hostility, whites fully deserve the animus because whites are still the primary source of all the problems that plague the world. So, most times when Jews spit in the faces of whites, whites must make believe that Jews didn’t do it because accusing Jews of such dastardly deed would be ‘antisemitic’. And in the few cases when Jews do admit to spitting on white people’s faces, they were well-deserved because white people still have so much to atone for.

Since Jews are deemed holy and untouchable, whites can only say and do things that are complimentary of and beneficial to Jews. So, if Jews use Diversity — massive colonization of the West by non-whites who are taught to hate whites the moment they get off the boat — to undermine white power, pride, property, & heritage AND if whites are alarmed about the radical transformation of their lands, whites must never blame Jews and instead frame their complaint in such a way as to exonerate Jews. So, even when Jews are the main culprits and whites feel compelled to vent their anger, whites must always be mindful that Jews cannot be named as the villain.
Imagine if a Jew punches you in the nose, and you are allowed to blame anything in the room except the Jew. So, you hurl your rage at chairs, tables, walls, various objects, and etc. as the reason why you have a bloody nose when, in fact, it was the Jew who smashed your nose. But the Jew Taboo prohibits you from naming the Jew. Doing so would be ‘antisemitic’, and then, you’d be a ‘nazi’. So, you try to convince yourself that you will be safer if you replace or dispose of the various objects in the room. But then, even after the room is transformed, you are punched in the nose again by the Jew, but again, you can’t name the Jew, so you once again repeat the cycle of blaming the anything in the room but the Jew. Or if indeed the Jew admits he punched you, it was surely your fault for standing in the way, in which case you most richly deserved it.

Since whites cannot blame Jews for the Diversity that is leading to Eurocalypse, what can whites do about the mounting threat to their race, culture, and lands?
The most that whites can do is argue against Diversity on grounds that it may harm or endanger Jews. Since the Jew Taboo says Jews are holy, the primary concern of whites must be the well-being of Jews. Whites must put Jewish interests and well-being before their own. It’s like Jews bitching about why white people weren’t so eager to sacrifice their own kids to save Jewish kids during WWII. Now, if a bunch of gentiles were being butchered by Nazis who, hypothetically speaking, had decided to leave Jews alone, does anyone think Jews would have been willing to sacrifice their own children to save the children of goyim? Did American Jews volunteer to save Ukrainians being slaughtered by the Bolshevik killing machine? If anything, a whole bunch of Jews were pro-communist and supported the oppression and mass killing of Christian Slavs. Jews don’t care about gentile lives, but Jews milked ‘Holocaust Guilt’ to make whites feel that they mainly exist as cattle to serve Jews, protect Jews, and even sacrifice themselves and their children for Jews. So, the relationship between whites and Jews is as follows: Jews have a right to put Jewish identity & interests first and foremost, and Jews are right to expect that gentiles will always be mindful to watch out for Jewish needs and wants, BUT whites have no right to put white identity & interests first, and if anything, they must be ready and willing to serve and even sacrifice themselves for Jews and on demand. This is why, even when Jews use Diversity against whites, whites can only oppose Diversity on the basis of protecting Jews from non-whites who may be less sympathetic to Jews and even ‘antisemitic’. And since it’s now well-known that Jews are wild about Homomania or Queertianity(as replacement for Christianity), whites must frame their anti-Diversity argument on the basis that non-whites, especially Muslims, may do harm not only to Jews but to homos. Never mind that Jews and Homos dominate the political power that calls for More Diversity.

Now, it may well be that certain elements of Diversity do indeed harm and even, on occasion, murder Jews. After all, there have been outbreaks of anti-Jewish violence in parts of France.
But overall, Jews see Diversity as a net advantage because it divides the gentile masses into warring factions, all the easier to manipulate and control the goyim via divide-and-rule. All said and done, most Jews came to the conclusion that Diversity is indispensable as a weapon to undermine white power so as to permanently secure Jewish supremacism in the West.

Because of the Jew Taboo, this obvious truth cannot be spelled out. The most that white people can do is try to justify their anti-Diversity position on the basis of working desperately to save Jews from non-white ‘anti-Semites’ who might bring upon the New Holocaust. Of course, Jews are laughing at the stupid, pathetic white goyim.