If Nationalism is Passe and if We are living in a Post-National and Globalist Era, why shouldn't other nations interfere in US elections? - A Proposal for a New Kind TV: The Power Play 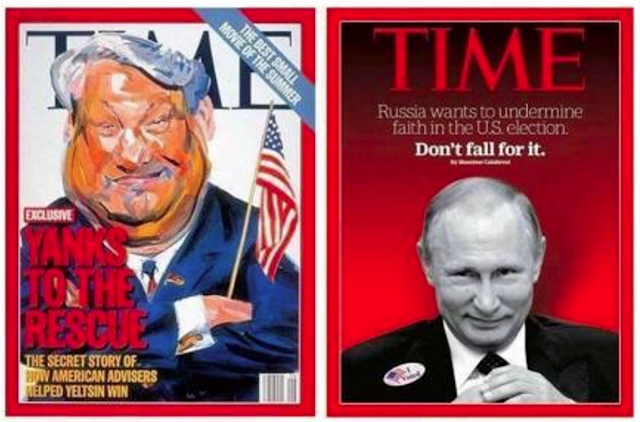 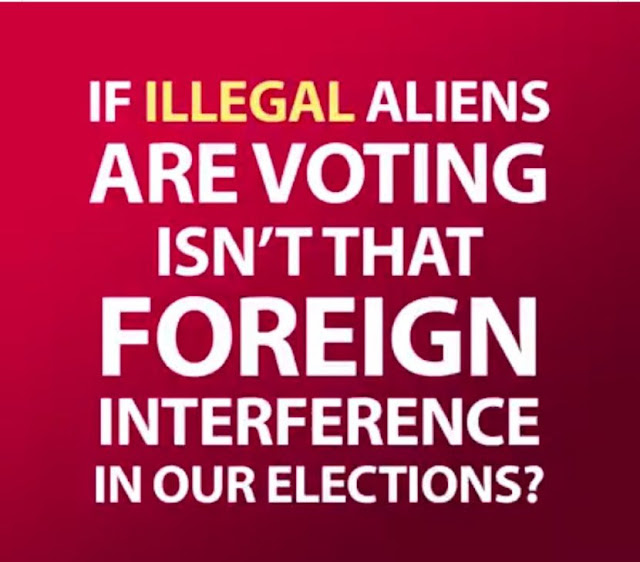 Progs attack Trump for favoring nationalism over globalism. Supposedly, in our Age of Global Citizenship, the notion of National Interest is no longer tenable. Anyone is an 'American', and if anything, US politicians should care about Americans-yet-to-be(future immigrants) than Americans who already are. Progs say we do away with nation-vs-nation antagonism and see the whole world as one community and US should allow endless immigration because there should be no distinction between the US and other nations. American military and money should flood the world, and the world's populace should flood the US.

But then, these same Progs say Trump is traitor for wanting Peace-with-Russia(that supposedly messed with US elections). Against certain nations, especially Russia, the US should be in total national defensive mode because... Russia is once against the Evil Empire? Because Russia hacked and rigged the 2016 election?

If Progs are truly anti-nationalist & pro-globalist, what does it matter if a foreign power messed with US elections? After all, Progs want foreign masses as new voters. (Of course, Russia did nothing of the kind, but when legend becomes fact, print the legend.)

If indeed, the notion of ‘national’ is passe and atavistic, so-called national elections should now be global elections. Democrats are now allowing illegals and non-citizens to register to vote in the spirit of globalizing US elections. But these same idiots bitch and whine about Russian meddling.

Progs say ANYONE should just barge into the US illegally, ‘dream’ of staying, and vote for Democrats.
Okay, if that’s the Prog logic, what is wrong with any nation interfering with US elections? If national sovereignty is atavistic and outdated and if millions of illegals have a 'human right' to invade EU & US and if Jewish globalists like George Soros should be allowed to game the entire world, then what exactly would have been wrong if Russia did mess with US elections, especially given that the US totally messed with Russian elections and even invaded and destroyed entire nations?

So much corruption and abuse unreported in the Jewish-globalist-owned MSM. Sadly, most people are either unaware or don’t care since they are hooked to Pop Culture and other nonsense.

Maybe the following proposal is what all societies need: An ongoing TV series about the most powerful peoples, institutions, and industries in America. The Power Play.

So, imagine a TV show called the FED that dramatizes what happens in the corridors of power. It has to be based on proved facts. Since it takes time to ascertain facts, these shows will have to feature events from at least a month ago. Time lag allows for verification.
And the show will be about what kind of decisions took place inside the FED.

And the same for The PRESIDENCY

And the NYT and other elite media.

And IVY LEAGUES. A show on the major decisions made by university presidents and deans.

This stuff can be made entertaining with good actors and expert pacing. Fictionalization won't be allowed as everything has to be in accordance with verified facts. Of course, the narrative will have to be ironed and streamlined of slack.

This will be a great public service as the public will have a glimpse, however incomplete, of the working of power in the most important and consequential institutions.

And maybe every city or local community can have a Play Production about City Hall. A never-ending series based on what happens among politicians, big time folks, and etc in the seats of power.

That way, entertainment won’t always be about escapism but about focusing on what is happening among the powerful. Instead of escapism, 'enterism'. Use art to enter to domains of power.

Now, there are shows like HOUSE OF CARDS that offer a vague inkling of what happens in DC. But with fictionalized characters and exaggerated situations, it’s more escapism than enterism.