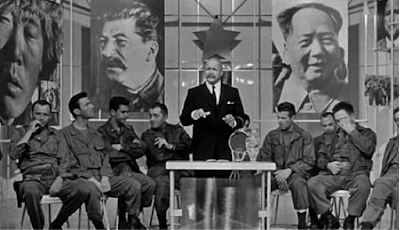 It might be advantageous for the Alt Right and White National Liberators to push for ending anti-Asian ‘affirmative action’ policies in elite colleges. Greater Asian representation in upper echelons of privilege might aid the cause of White Racial Emancipation from Globalist Supremacism IF more Asians took over the commanding heights of power and privilege.

As John Derbyshire once explained, the Jewish takeover of elite institutions went almost unnoticed because Jews are a subgroup of the White Race. Though distinct in ethnicity and religion, most Jews are largely European and even their Semitic side is Caucasian. Steve Jobs, half-European-American and half Lebanese-Caucasian, hardly looked different from other whites. Jewish mixture of European blood and Semitic blood is similar to that of Steve Jobs. So, Jews could play it both ways. They could pose as white and non-white. Their white side mingled and assimilated with white gentiles, especially in elite institutions where their intellect was admired. Also elite social domains are more manner-centric, and as such, even whites who didn’t like Jews couldn’t just blurt out epithets and make a scene, like working class ‘Polacks’, ‘dagos’, or ‘schvartzes’ might belittle lowly Jews in the mean streets.
Also, Jewishness gained a cachet of holiness with the elevation of the Holocaust Narrative to a secular religion. So, not only could Jews pass as whites but their ascendancy could hardly be blocked once the Holocaust narrative became sacrosanct in American consciousness. Saying NO to Jews might be like attaching yellow stars on Jews in Nazi-occupied territories.

In contrast, Asians will always be seen as Asian even if they work hard, succeed, and rise to the top. Asians won't be able to pass as whites. When whites(and blacks and Mesos) see so many Asians on top, they will be less likely to submit to the Globalist Plan. Globalism led by Jews is almost untouchable because Jews, as a Holy People, are untouchable. Anything associated with Jews is protected by a Taboo Shield. However, with more Asians visible in elite circles of power, Globalism will not only seem more alien to most Americans but will be open to more criticism for being associated with Ming the Merciless and Fu Manchu. If the Jew Taboo forbids criticism or condemnation of Jewish power and agenda, no such Taboo protects Asians and whatever their favored agendas may be. Indeed, given the amount of resentment and contempt that Americans feel toward Asians, anything associated with Asians might automatically be discredited. Asian elites may reach out to other minorities, but blacks, Muslims, and Mexicans will resent the fact that ASIANS have gained far more power and privilege than them. Despite anti-white animus among non-whites, it’s usually the case that blacks, Mexicans, and Muslims would rather see whites than Asians on top. At the very least, they are used to the idea of white man as overlord. It is a source of resentment but also assurance of continuity and stability, like sun rising in the east and setting in the west. Also, whites-on-top is useful as a perennial excuse for their own failures. White Privilege! But if Asians rise to the top, it means blacks, Mexicans, and Muslims can no longer blame whites as the source of their problems. After all, if Asians can make it in America, why can't they? (Btw, Asians are universally resented by all Americans because they lack the Cool Factor but got the School Factor. Celebrity-obsessed-America can accept handsome whites, tough blacks, funny Jews, and stylish homos as worthy winners because of their ‘popular’ appeal, but they have a hard time wrapping their heads around the fact that uncool, boring, dull, droopy, and lame Asians rise so high in elite institutions. It goes against the Law of Charismatics in the American Mind. Asians, a people so devoid of fabulous winner-qualities, don't deserve to win in life. Asian success violates the rule of celebrity.)

Also, while Jews are protected by the Shoah Cult, there isn’t much to feel guilty about when it comes to Asians. Sure, Chinese-Americans can mention the opium trade, but that was British and Jewish doing than American(even though the Roosevelt clan did make some big money). Filipinos can bitch about the American-Philippines War, but Filipinos hardly know their own history. Most Filos are clowns or whores. Besides, Filipinos tend to lag behind other Asians in rising to elite positions. As for Japanese-Americans, they’ve interbred so much with other Americans that they hardly exist as an Asian-American community. And even though there was the ‘internment’ thing during WWII, it wasn’t exactly the Shoah, and besides, the reticent Japanese-Americans haven’t been very savvy or forceful in pushing their own tragic narrative. There was Hiroshima and Nagasaki, but the Narrative says Japan attacked first, was allied with Nazi Germany, and did horrible things in China, so that evens it all out. Koreans in America may bring up the Korean War, but the consensus among dog-like Koreans is that the noble US bailed them out and saved them from communism(even though it had been US machinations that divided Korea and handed over half to Stalin). The Korean Left is now mostly into Diversity and Homomania.
Chinese-Americans may mention the hardship of railroad workers in the 19th century, but even after the KUNG FU series, Americans could hardly make themselves care about the boring and scrawny yellows. Asians just don’t inspire much guilt because yellow cake is even more boring than ‘white bread’. Americans like to feel guilty about special people. They like their guilt gilded.

So, White National Liberationists don’t have to worry much about Asians guilt-tripping them as pushy Jews and nasty blacks have done. Therefore, nationalist whites(and other non-Asians) will likely freely speak truth to Asian power. Notice how even Jewish-run media love to play Yellow Peril tropes. So, if Asians become prominent in elite circles, Americans can declare Open Season on elite power.

Also, Asians as new elites will be confused and bewildered because they are incapable of coming up with new paradigms. When Jews gained power over Wasps, they had the vision and daring to rewrite the narrative, change the rules of the game, replace the idols, and alter the themes. This Jewish remaking of American culture and ideas happened across the ideological spectrum, from the ‘right’(Ayn Rand and Milton Friedman) to the ‘left’(Noam Chomsky and Norman Mailer). And Jews produced prophetic figures like Bob Dylan.

In contrast, most of the new Asian elites will be dull yellow dogs of PC, able to follow up the ladder of success but overcome with paralysis upon reaching the top. After all, Asian drones never had an original or independent thought in their lives. They may be higher in IQ but are low in PQ or personality quotient.
As long as Asians follow the lead of Jews, homos, white cucks, and blacks, they have something to parrot and imitate in idea or style. But in the role of elites, they will be confused and lost without a will, vision, or agency of their own. It’s like Japanese investment in America in the 1980s turned into a total disaster as Japanese weren’t adept at operating outside their cultural milieu.

As for the Hindus, most Americans may find them amusing as Apu on THE SIMPSONS, but no one wants to live in Planet of the Apu. Pushy Jews are bad enough. The last thing Americans want is another pushy people insulting them and telling them what to do. So, if Hindus-as-elites push against whites, whites will be far more likely to push back hard. Also, as there is no Hindu Taboo and no Hindu counterpart of ADL, whites have an easier time with Apu than with the likes of Apatow.

With too many Yellows and Hindus in the upper echelons of power, it will be much easier for White National Liberationists to wage war on the Globalist Elite project.