Could the Academia be More Ideologically Egalitarian because It is more Elitist in Setting? - Culture of Civility and Britain's Doom 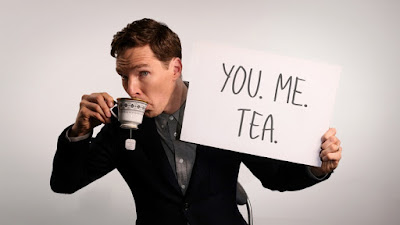 Paradoxically, is the academia more egalitarian(ideologically at any rate) precisely because it is more elitist in culture and company?

In real life, it’s easy to spot racial, ethnic, and cultural differences. It’s plain to see that various groups talk, act, and behave differently not only in what they do but how they do it. You see this in all walks of life.

So, why is the academia blind to such obvious truth? One possible reason could be that, traditionally at any rate, the elitism of academia in admission and conduct(proscribed professional standards) has had a filtering and fostering effect. In other words, the academia attracted the smartest members from each and every group. The smartest individuals of any group tend to be unrepresentative of the whole. Smart Irish don’t act like most Irish. Smart Poles stand apart from average Poles. Smartest blacks don’t act like most blacks.
Also, because academic culture is cerebral, it requires teachers and students(esp those in graduate studies) to conform to standards of behavior most conducive to pursuit of knowledge and scholastic civility.
So, in aptitude and attitude, the result tends to be an agreed-upon consensus of conduct and manners among academics regardless of race or ethnicity. Whether Irish, German, Chinese, black, Muslim, Anglo, Mexican, and etc, most academics have to be well-mannered and well-spoken. They can’t act like rednecks, Jihadis, street peddlers, hagglers, or rappers.
Such a social climate is likely to create an impression among academics that all people are the same under the skin, i.e. given the right opportunities and under proper conditions, anyone of any group could become a rational learned person.

But in fact, the academic setting is highly artificial and sheltered from the real world. It’s like comparing a zoo or a garden with nature and wilderness. Elite Academia takes exceptional and unrepresentative people — the smarter and/or more intellectually curious ones — from all walks of life and then fosters them to adhere to strict standards of conduct that discourages impulsive behavior. Thus, the academism flattens the genetic personalities of various races into a generic persona. A white academic in an elite college who never lived with run-of-the-mill Negroes might rub shoulders with a smart well-mannered Negro and get the wrong impression that most blacks could be like him. Granted, it's also true that most whites are different from a well-mannered white academic, but it’s no less true that there is a huge discrepancy between a run-of-the-mill white person and a run-of-the-mill black person.

Anyway, as colleges become more ‘inclusive’ and diverse — esp with declining standards — , it’s very likely that more and more of raw reality will spill into the academic setting. Students and even faculty — and hack administrators — will more closely resemble and reflect the crudities of the communities from which they’ve sprung. Also, as the academic culture changes from one that's civil, self-restrained, and neutral — the favored styles of Anglo tradition — to one that is more strident, aggressive, egotistical, and radical, the academic consensus of conduct may well vanish, in which case professors may range from the civil and gentle to the loud and obnoxious. (Of course, many colleges have reflected such transformation since the late 1980s when boomer academics began to take over in huge numbers.)

Paradoxically, the ‘anti-racist’ egalitarian ethos that led to more ‘inclusion’ and diversity on the campus could very well make it more self-evident that races and groups are indeed naturally different. The fiasco at Mizzou — the setting of a massive chimpout by black students — was a clear example of this. And then, there were the screaming blacks at Duke University who took over the library to holler like apes. (I highly doubt if they ever took out a book. Maybe the rabid mania against 'white supremacism' is usefully therapeutic for so many PC whites and non-whites because of the mounting evidence of racial and cultural differences in their midst. By uniting their hatred against 'nazis', they desperately cling to the illusion of diversity = equality.)


Incidentally, the culture of civility may discourage honest discussion of issues, especially if the community happens to be diverse. Within a homogeneous community, it’s far less likely that anyone will take offense, so people are likely to speak more freely. But in a diverse setting, a thesis, argument, or opinion, even if expounded with the sincerest intellectual intention, might be deemed offensive to some people... like when Lawrence Summers upset a bunch of women when he spoke of male-female differences in IQ at Harvard. Summers was met with incivility from fuming academics, but the rage was to restore the culture of civility. The communal sense was that Summers had broached a topic that, in giving offense to certain academics, had disrupted the culture of civility. Now, if civility weren't a part of academic culture, Summers and his defenders may have shouted back and relished a fight. But the culture of civility leads to the fear of upsetting the apple cart.

Though the intention of civility in academia is to give everyone a fair voice that is to be regarded rationally and courteously, civility could go from a means to an end. So, instead of civil behavior as means to the truth, the truth may be suppressed to maintain civility if the truth may upset some people and make them feel sick and offended. Indeed, this is one reason why the UK has been so defenseless against the invasion and Diversity. Brit, elites and middle class alike, are so into the cult of civility that they are utterly allergic to the cardinal sin of being uncivil and giving offense. It’s like Benedict Cumberbatch profusely apologizing for having use the term ‘colored people’ than ‘people of color’.

When UK was officially and proudly race-ist, British culture of manners, civility, and conscience had a consolidating effect against aliens, foreigners, and invaders — it was about Brits being kindly and mindful of one another as a tightly enclosed national family — , but once the Jews altered the core code of British society and changed the themes of Britain from Queen & Country to Queer & Diversity, the Brits have become so afraid of giving offense to foreign elements(lest they be called 'racist')... and a result, UK now seems doomed as it bans white patriots and threatens white Russian while rolling out the red carpet to tons of Muslims & Africans and massaging their egos as bearers of holy diversity.

When John Lennon committed adultery with Yoko Ono and brought her to his house, and then, when Lennon’s then wife Cynthia found them together, SHE apologized for violating their space EVEN THOUGH it was her home and the hideous Japanese bitch had stolen her man. Why did she act thus? Because she was raised to prize proper manners and civility above all. Indeed, she'd gotten pregnant with John at a young age because, being too much of a ‘nice girl’, she didn’t have the guts to tell John to fuc* off and leave her alone.
The incident with John, Yoko, and Cynthia speaks volumes as to why the UK is turning into a third world hellhole. Just like Cynthia apologized to John and Yoko(even though they should have apologized to her and cleared out)because she was afraid of being ill-mannered and giving offense, today’s Britons are a bunch of Cynthias who would rather have Africans and Muslims ravage their nation than say BLOODY NO because doing so might be construed as ‘racist’ and ‘bad form’. Incidentally, if the dreadful Lennon(great musical talent but lousy human being) ended up with nasty Yoko, Cynthia later married a freaking Negro. The Lennon Case seems to sum up the fate of Britain over the years.

It now seems the culture of honest integrity is preferable to that of civility that can easily turn cancerous when Jews penetrate the cultural psychology of a people and change the inner-coding.