A Response to "Heritage Foundation Defends Facebook’s ‘Right’ to Censor, Will Oppose Regulation" on Breitbart

Heritage Foundation is so full of BS.

Now, the argument that Facebook can do as it pleases because it is a private company has merit... if it were consistently applied.

BUT, would Heritage Foundation argue in such manner IF Facebook were owned by Palestinian-Americans and banned Pro-Zionist pages and voices as 'hateful' to Arabs? Really?

Or suppose Twitter is owned by Iranian-Americans who detest Israel and Zionists. Suppose they ban AIPAC, ADL, and other pro-Zionist groups as 'hate groups'. Would  Heritage Foundation support the right of Twitter to ban pro-Zionist voices?

Or suppose Youtube is owned by Chinese-Americans and they worked with pro-Chinese voices(even in China itself) to shut down critics of China as 'hateful'. And suppose pro-Tibetan voices are banned from Youtube also. Would Heritage foundation support that?

No, of course not.

Also, the so-called Liberals are total hypocrites. They've been saying forever that it was EVIL and ANTI-AMERICAN for the Red Scare and Anti-communists to have fired and blacklisted people suspected of being communists or communist-sympathizers because, after all, the Constitution protects people's civil liberties regardless of race, color, or creed.

But now, the Liberals are saying people should not be hired or they should be fired on the basis of creed alone. If their creed is 'hateful'(according to Judeo-Nazis and Homomaniacs who rule current America), they must be shut down. Examples of obvious truths censored by Twitter that takes from Judeo-Nazi organization ADL that supports Zionist tyranny over Palestinians: 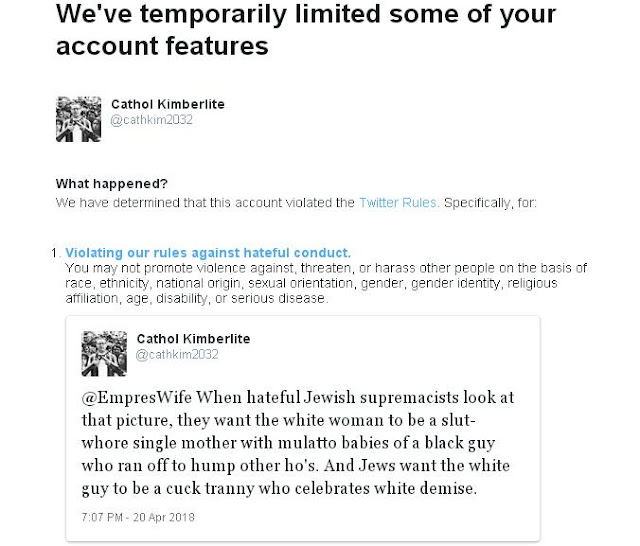 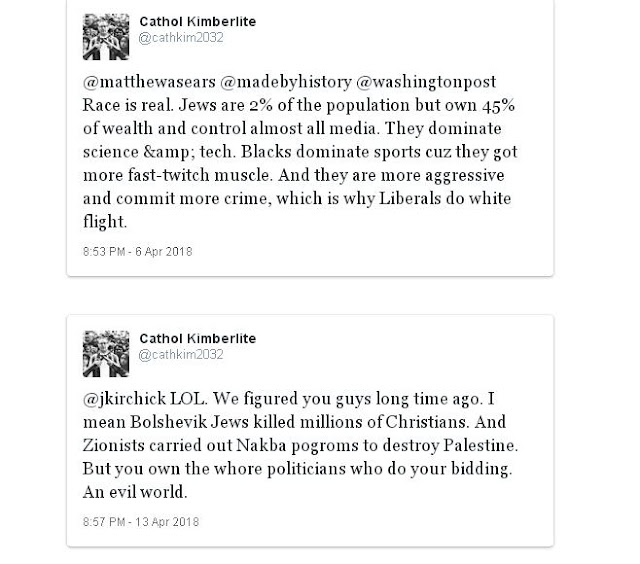 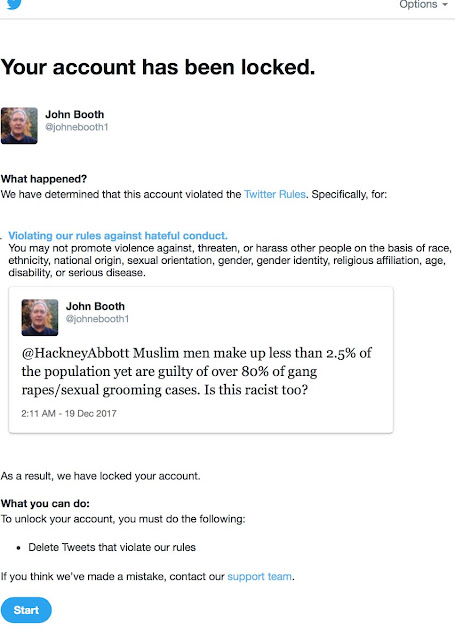 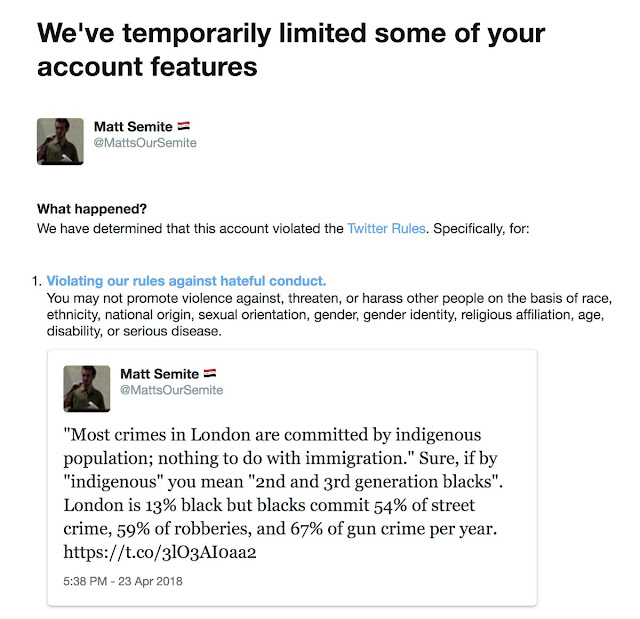 And,Heritage Foundation, a cucky-wuck organization, says Facebook and other companies(owned by people of certain ethnic group) can ban people who advocate for white interests.

With a 'right' like that, who needs the left?

Worst of all is the sheer hypocrisy. The goal posts keep changing to favor one side. So, we are told that blacklisting communists and leftist radicals during the 'McCarthy Era' was so terrible because of 'Muh Constitution'. We've heard that narrative a million times from textbooks and PBS documentaries.

But when it comes to pro-white voices calling for white national liberation from PC tyranny and Jewish Supremacism, they must be fired, blacklisted, and shut down. And the Liberal Media are fully behind the silencing. But then, most of the media, like most internet platforms, are owned and controlled by Jews who are only 2% of the US population. (And Heritage Foundation relies on rich Jews and cuck-oligarchs for donations.)

But then, the very people who've denounced America of the 40s and 50s for anti-communist and anti-Soviet hysteria are now pushing the totally nonsensical paranoid hysteria about 'Russia Hacking'. These psychos are shameless. At the very least, the Soviet Union after WWII was a real empire with a radical ideology. In contrast, Russia today just wants peace and trade. So, why is anti-Russia hysteria worse than ever? Because Jews rule America and hate Russia because Russia won't play nice doggy to EOJ or Empire of Judea. It won't bend over to Homomania(a form of Satanic-Jewish-christianity) and won't let Jewish oligarchs totally own the place.

In truth, Jew-run Hollywood was always about blacklisting. Suppose any writer or director proposes an idea for a movie about the Nakba Pogroms of 1948 from the Palestinian POV. Or a movie about Charlottesville that shows what REALLY happened, i.e. Jewish mayor, black police chief, Deep State, and Big Media all conspired to shut down the event and railroad White National Liberationists who said NO to Jewish Supremacism.

I guarantee that person will never work in Hollywood again. The anti-communist era blacklisted lasted just several years. But anti-white and anti-Palestinian blacklisting in Hollywood go on forever.