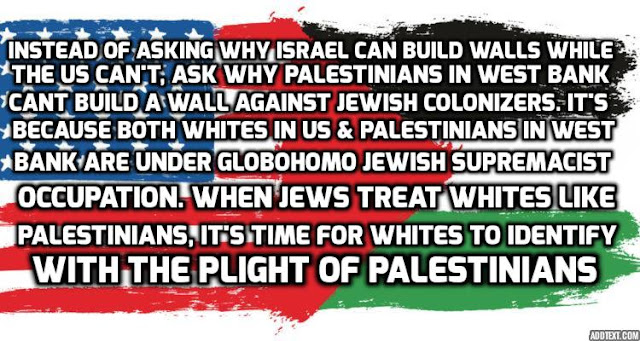 It's time for truth. The Mono-nationalism of the Jews isn't workable. It certainly isn't sane or honorable. If anything, it is arrogant, stingy, hypocritical, and megalomaniacal. If Monotheism is the conviction that there is only one true God, with all other gods being false, Mononationalism is the belief that only one people are deserving of a strong and continuous sense of identity, history, culture, and territory, with the rest of humanity relegated to permanent scattered uprooted-ness. Most Modern Jews are Mononationalist in their insistence that they and only they have the right to say and do whatever, by any means necessary, to secure their own survival, security, power, and even dominance. (Indeed, Mono-nationalism is innately imperialist and supremacist since it denies the right of other peoples to have their own identity, culture, and territory worthy of preservation and continuity.)
Furthermore, Mononationalism is far more dangerous than Monotheism. Unlike Monotheism, which is about a state of mind and matter of the soul, Mononationalism is about policies and agendas that affect the actual workings of the material world which we all inhabit. When Ancient Hebrews clung to their monotheism of the one and only true God(as opposed to all other gods rejected as false), it was a concept within their mind. People can believe in anything without directly affecting others. Judaic ideas were spiritual and cosmological, not directly political upon the rest of the world. Jews could despise but still tolerate other cultures with 'false gods', and in turn, non-Jews could tolerate Jews with their peculiar religion. You believe your thing, I believe my thing. It's like a Beatles fan and a Rolling Stones fan disagreeing but tolerating one another. You believe John Lennon is best, I believe Mick Jagger is best. Live and Let Live. 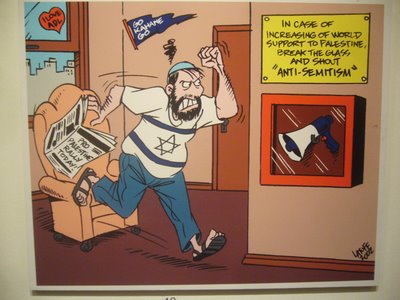 In contrast, Modern Jews are into Mono-Nationalism, a powerful chutzpastic political-militant ideology, that declares Israel and Jewish Identity are the only True Nationalism while all other forms of Nationalism of goyim are false. This isn't merely a matter of the mind but a blueprint for real world politics that directly affects every person around the world. Just ask the Palestinians who already lost their homeland and the whites who are losing their homelands under the hegemony of Jewish Mono-Nationalism. According to twisted Jewish Logic, when Jews are proudly and resolutely nationalist it is good and noble because Zionism and Jewish Pride are the only true and worthy forms of nationalism. Logically then, it follows that when non-Jews invoke their own nationalism, it must be Evil & Wicked because Jews and only Jews can have the one and only true nationalism. As Jews never tire of reminding us, Jewish Power and Zionism are wonders to behold whereas the slightest hint of White Consciousness is 'far right', 'white supremacist', and 'xenophobic'. Given the sheer hypocrisy, arrogance, and contempt of Jews who think this way, why do so many non-Jews(especially those of white Christian background) fall for this obvious crap? (Even though Jews despise non-white goyim and use globalism to destroy non-white nations as well[especially in the Arab-Muslim World], countless non-white goyim collaborate with Jews because they prefer to live in white nations than in their own 'shitholes'. If given a choice between living in white nations and defending their own nationalism, many non-whites will choose the former. 'Diversity' means non-whites preferring to live with whites than with non-whites. After all, non-whites run from diverse non-white nations for white nations, even homogeneous ones. If they love 'diversity' so much, why do they flee from it toward white homogeneity?) 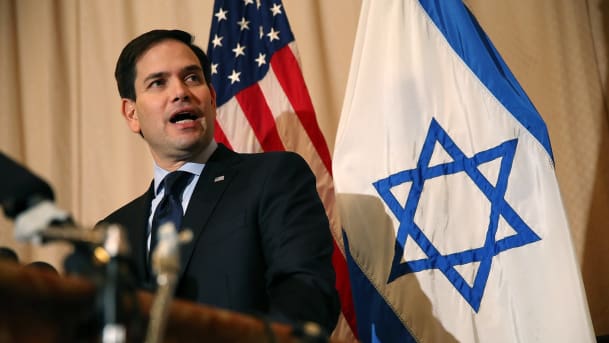 Possibly, Christianity may have been good for the soul but bad for politics. It may have undermined the national psychology of European goyim. Consider the Crusades that once drained Europe of so many of its men and resources. Under the spell of a Faith of Near Eastern origin, Europeans time and time again became enmeshed in faraway affairs and obsessed over the Holy Land as their True Homeland, the ultimate place to live for, die for, and/or kill for. Many Crusaders were more committed to retaking or defending the Holy Land(a world of Arabs and Semites) than safeguarding their own native local domains in the European Homeland. They wasted precious resources on Crusades than on their own domains.
The Monotheism of Christianity and Islam had greater political impact on the world(than Judaic Monotheism did) because of its universalism and messianism. Unlike Jews who believed in One God but didn't bother with the beliefs of others -- if anything, Jews anxiously guarded their Faith for themselves, which is why they hated renegade Jews like Jesus and Paul who dared to pass the torch to Filthy Goyim -- , Christians and Muslims were convinced that they must liberate and save the entire world with the one true Faith. Also, the universal faith provided convenient cover for Christian and Muslim imperialists whose conquests were motivated more by greed and power-lust than saving souls.

White Christians hearkened to the Church that mythologized the Holy Land as the true spiritual homeland. Given such mindset, when white Christians weren't trying to retake the Holy Land itself, they embarked on adventures and projects to find or found the New Eden or New Jerusalem. And then, as Christianity began to fade in the second half of the 20th Century, the secular cult of Holocaustianity came to be quasi-worshiped as the new Mono-Faith for the West(and hopefully for All Mankind), and so, the New American Theme came to revolve around securing the Holy Land for Holy Holocaust Jews and doing their bidding to expand Zionist hegemony all throughout Middle East and North Africa. Anything to win approving pats on the head from the holy holocaust Jews, the neo-messiahs of the New Era. But because most nations don't have Jews, the Tribe also decided to promote Homomania or Queertianity in the 21st Century to recruit homos(and trannies) in every nation to serve as key comprador-collaborators of Jews.

Given the current mindset of white goyim, it’s no wonder Jewish Power so deftly manipulates goy consciousness to make it forsake its own nationalism in order to serve and submit to the Mono-Nationalism of Jews. Whites, as neo-globohomo-christians, don't deserve homelands of their own and, instead, must praise and serve the one and only true nationalism of the Jews in Israel and the elysium-realm of Jewish globalist networking. In contrast, Jews, as ur-tribal-supremacist-Judaics, confidently get to own and secure their own identity and territory, that of the one and only true nation, which stands tough and hale as the spiritual center of World Jewish Power that gets to decide the fate of rest of humanity under the Zionic spell and/or whip.
Jewish-controlled Mono-Nationalist Thought pushes forth Two Credos for the New American Empire. One says: Jews are the ONLY people deserving of a unique and particular nationalism of their own. 'A World of Our Own' for Jews Only. The Other says: Americanism is the only trans-nationalism for all goyim of the whole world; so, America must be a beacon and harbor for ALL peoples, and ALL other goy nations must be ‘Americanized’, or deracinated and cucked into senseless-consumerism-as-lifestyle and mindless-worship-of-Jews-blacks-homos-as-the-Holy-Three.

Whites must say NO to Jewish Mono-Nationalism and defend the universal right of Poly-Nationalism: Poly-Nationalism posits there many different peoples with divergent histories, culture, and genetics. Each people have a legitimate claim of independence and sovereignty in their own territory in which their folks laid down roots and buried their ancestors. Otherwise, all goy nations will just turn into deforested weed-infested mudslides at the mercy of the globo-homo typhoons instead of remaining as vital forests with deep-rooted trees of peoples and their historic cultures. 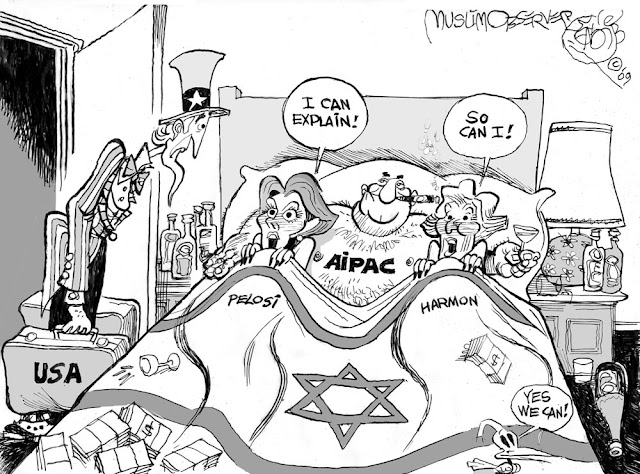