Commentary on "The Allure of Protective Stupidity"(by Steve Sailer) 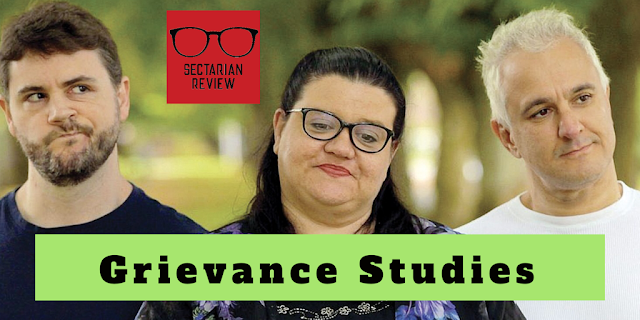 Not sure Stalinism offers the best understanding of what is going on.

Communism had to be simple because it was about the pride of work, dignity of labor, simple virtues of proles. Back then, the bourgeoisie had all the privilege. Workers were barely literate or semi-literate. More literate in places like Germany but still less educated than the bourgeoisie with fancy taste and refinement. In the story of the princess and the pea, the girl notices the pea because she is really of royal background. If she were a true prole, she would have been content with a hard wooden bed with a bunch of peas. Just any place to sleep.

Especially because communism came to power in backward Russia(and later even more backward China), the themes had to be simplified even further. In USSR, communism was less about the workers inheriting wealth and property from the bourgeoisie(that had been hoarding it all) than about turning peasants into proles to build a modern economy. According to classic Marxism, the contradictions within capitalism would lead to revolution. But because capitalism would have already built a modern and wealthy economy, revolution would be about taking the loot of the rich and sharing them equally among the workers. Also, the workers would have collective ownership of factories, land, and resources. And with more leisure and less work, workers could lead moderate ‘bourgeois’-like lifestyles. They would work about 4 hrs and devote other time of the day to art, culture, ideas, and etc. The bourgeoisie would lose out as a class, but bourgeois-ness would remain as lifestyle. In habit, culture, and attitude, Marx was even more bourgeois than Adolf Hitler who was half-bourgeois and half-bohemian. He didn’t so much want to destroy everything bourgeois as elevate workers to a point where they too could partake of the good stuff enjoyed by the bourgeoisie.

No such luck for Russia and later China. When the Revolution happened, the majority were still dirt-poor peasants. Because there wasn’t much wealth to take from capitalists, a whole new economy had to be built. That meant the workers had to be driven to work even harder. They had to be tough. There was no time for nonsense. It was work, work, and build, build. So, naturally, the ideology had to be simplified for the masses. Trotsky scoffed at Stalin’s ‘second-rate’ intellect. Lenin and Trotsky were hyper-intellectuals. Marxist ‘Greeks'(as Nassim Taleb might describe them). Stalin was a Marxist ‘Roman’. He was about getting things done, and the fact was communism would have to build a modern economy from ground up as there wasn’t one to take and inherit from the bourgeoisie(that was much smaller in Russia). And then, later Mao made Marxism even simpler because China was even more backward than Russia. In the Soviet Union(at least until the 60s when there were some burgeoning signs of a consumer economy), the main theme was about the basic needs of survival. It wasn’t about choosing which pastry and wine but having enough bread and water.
US was much better off than the USSR, but then, universal prosperity didn’t arrive until about after two decades after WWII. At the turn of 20th century, majority of Americans were still on the farm. Great Depression and WWII led to hardships and shortages. After WWII, 50% didn’t have indoor plumbing. So, even though there was certainly more choice than in the USSR, most people had to do with basic stuff.

But from end of WWII to the present, US and Western Europe have continued without a great depression. There were some recessions(some serious) along the way, but life got easier for more people. With everyone taking substance for granted in a world where even poor people grow fat, style took precedence. And this goes for ideology as well. When a lot of people were hungry, the ideology was about bread. And when wars destroyed so many lives of common folk, the ideology was about peace. But there’s no shortage of bread. And recent wars have killed just a fraction of lives lost in WWI and WWII. And there’s no draft. So, ideology has turned into a game of personal choice. It’s like shopping for various kinds of cheese, wine, candy, chocolate, and etc.

Oddly enough, consumerist mentality went better with leftist ideology. This seems counter-intuitive because capitalism was on the ‘right’ and socialism was on the ‘left’ during the Cold War. But if leftists are more likely to complain, nitpick, bitch, and fuss about social problems, it means their mentality is more like that of the finicky consumer with ‘customer is king’ mentality. Jews are known for haggling and negotiating things down to the last penny. Homos are known for being fussy and bitchy about everything. They are less likely to be content with any product. So, the consumer who is never content with any product and the progressive who is never content with society share the same kind of mentality. In a society where consumerism is king, leftism was bound to take on features of consumerism.
So, today’s ‘progressivism’ is different from yesterday’s when the theme was Bread for Every Man. Same bread for every man? How boring. Just like consumers want lots of choice among various breads, cookies, and pastries, the new ‘progressivism’ is like 31 flavors of Ice Cream. Even within homo ideology, there is ‘gay’, ‘lesbian’, ‘bi’, ‘trans’, ‘queer’, and many more. And people can mix and match their grievance products. So, a New Muslim can intersect his identity with ‘gay’ identity, feminism(which also comes in many flavors such as slut pride, vagina mania, corporate feminism, etc), and immigrant-identity(legal, illegal, undocumented, New American, New Jews, etc). Just like there are many kinds of Comfort Food, there are now many kinds of Grievance Products.

And capitalists appreciate this PC branding. As rich folks and big corporations are always worried about being called out for being greedy and profit-obsessed, how convenient for them to market grievance-approved products… like Gillette that is against ‘sexual harassment'(all by white men) and Nike that features Kaepernick. That way, they can rake in the dough while posing as ‘caring’. And the fussy consumer mentality and griping ‘progressive’ mentality fuse into one. Some snotty consumer who wants to buy the very best is also glad to know that the product is buying is also ‘woke’. It flatters both his status and standing. In a way, corporations appreciate micro-complaining and micro-bitching. Such gives them more of a rationale to crank out new and improved products. Sometimes, the new stuff is indeed better. Other times, like so many variations of smart-phones, it’s mostly hype to rake in more bucks.

Your average conservative is more likely to be ‘socialist’ in his tastes and outlook. He is more likely to focus on basic needs and basic values. Less likely to be fussy wussy about the very best. Less likely to complain that not everything is as he wants it. But people who are content with basic bread and stuff make less demanding consumers who want more and better. Can anyone imagine John Wayne character complaining that his coffee ain’t the fancy kind? In contrast, homos are always bitching about everything, and they can be a real pain in the ass. But you have to give credit where it’s due, and so much of improvement in consumer goods was driven by people who always found faults in something. Germans were hardy but also extremely thorough, which made them obsessed about creating the ever-more-perfect machine or system. It’s no wonder they built a greater economy than Russia with all its resources. Culture of Complaint can do some good… in the right measure.
at February 07, 2019