National or Imperial Greatness is Overrated 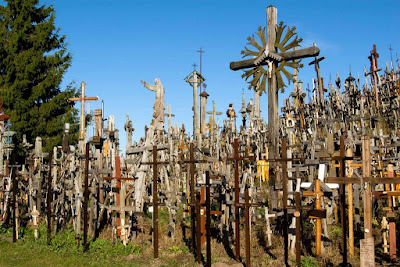 GREATNESS is overrated in World Affairs. What’s essential is goodness. There is no need for a people to be GREAT in order to maintain a nice nation and find meaning and happiness. They only need to be free and good.

Consider the breakup of the Soviet Union in which the various peoples were supposed to share in the great glory of Soviet-Russian Power. So what if the Baltic States(among many others) were no longer part of a ‘great empire’? They gained national independence and reclaimed national sovereignty.

Today, the real threat to the Baltics comes from EU as another Imperial Power, albeit a puppet empire of the even more powerful Zionist-American Empire. Also, Western Culture and Values aren’t what they used to be. In the past, it was beneficial for Eastern Europeans to look westward and learn from the great Brits, French, Italians, and Germans who were ahead of the game in everything.
But what are the current Western Values under globalism dominated by Jews and their proxy homos? Homomania, Rap music, Jungle Fever, ugly feminism, slut pride, skankery, adultery, Diversity, and infantilism.

Empires come with a host of problems. Sure, Soviet Union was very powerful and EU is very rich(and being part of their imperial order comes with a certain prestige), but, all said and done, Soviets stood for communist repression & Russian bullying, and globalism is ultimately about the megalomania of Zionist-Homo supremacist lunacy.

What Baltic States need is national sovereignty and security. They don’t have to be GREAT. They just need to be free and good.
Indeed, most people are not great. They are not great scientists, great artists, great thinkers, great tycoons, or great athletes. But do they not have value? They have value if they are good and decent, and most nations should aspire to be good, free, and independent.

Better to be free as a good man than be a slave of a great empire. The latter may be part of something great but he is still a slave. As part of the Soviet Union, those Baltic States were puppet-states. They gained freedom with the fall of Soviet Empire and reclaimed their right to be free and good.
But now, they face the danger of becoming puppet-slaves of globalism, an ideology even worse than Soviet Communism.

It's better to be free as a good modest person than a slave of a great lord? As a slave, you may share in the glory of your master, but you’re still just a slave, a dog than a man.
at January 17, 2018