Did the Rise of Educated Parents Lead to Political Correctness? 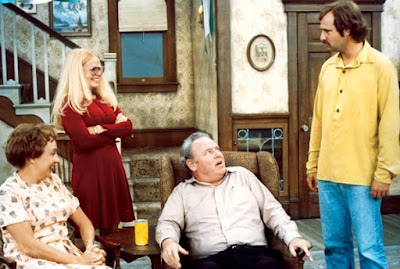 We generally associate more education and higher learning with expansion of discourse and thought. The idea is that educated people tend to be liberal(in a good way) and more open to new ideas and contrasting perspectives. Such assumption is surely valid to some degree.
But, we must ask... Is current education-in-general more about open-mindedness and critical-thinking or about ideological dogmatism, secular idolatry, and political conformity? If the former, it’s very possible that more education will lead to greater exchange of ideas and honest discussion of power. But if the latter, more education could very well make people closed-minded and judgmental in their conformity to the prevailing Political Correctness.

Prior to the boomer generation, only a small section of Americans got higher education. Even the Greatest Generation, with their G.I. Bills, focused on learning skills to get jobs. It was with the boomers that a burgeoning number of young people went to college to expand their minds. However, the 60s were a time of extreme ideological and racial polarization, and many boomer students spent their college years getting radicalized than intellectualized. Their youth became defined and qualified by the level of commitment, determination, and self-righteousness. Even though they were more libertine in their socio-cultural attitudes(in regards to church, manners, and sexual mores) than their parents, they were more judgmental in their ideological views. In contrast, their parents were more uptight about sexuality and more likely to respect traditional manners, but because they were less educated, their views on politics tended to be less radical. Sure, parents of boomers could be political like Archie Bunker in defending the flag or hating communism. But because of their relative lack of education and ‘sophistication’, their attitudes were more about patriotism and sentiment. It was knee-jerk stuff. Because they didn’t have elaborately intellectual rationale behind their political views, they were less likely to be radical about it. After all, radicals are ideological extremists. For one to be truly ideological, there has to be intellectual pedigree behind one's commitments. The parents of boomers simply didn’t have a complex thought system behind what they believed. Also, even as they disagreed with their boomer kids radicalized by college and media, they thought maybe the kids knew better with their superior education. After all, they worked hard and raised their kids to get the kind of college education that they didn't get or got an inferior version of during the Great Depression or the crude era of G.I. Bill mass education. Parents of boomers felt patriotic feelings but lacked a thought-system. In contrast, their boomer kids were instilled with mind-systems to support their radical views. While political emotions ebb and flow, the cold steel of ideology is always present among those who've adopted an intellectual(or pseudo-intellectual) thought system. Even though both Archie Bunker and Meathead are prone to outbursts, the difference is Archie runs on emotions & sentiment whereas Meathead is energized by an ideology & agenda. Also, because Meathead is better educated, he is so sure that he ‘knows everything’. His intellectual supremacism leads to moral supremacism. In contrast, even though Archie Bunker is very sure about some things, he sees himself as a servant of God, nation, and tradition. He doesn't think HE himself knows everything.

Even though Archie Bunker disapproves of much that Gloria says and does, he left her alone to develop her own mind. Not being a thinker or intellectual, he played the conventional role of father, letting Gloria to develop as a person on her own by way of education, entertainment, and experimentation. Bunker trusted that the institutions would do a good job filling his daughter with the right kinds of ideas. He didn’t hover over her at all times. He saw himself as a undereducated man, so his main role was to provide for Gloria so she would get real knowledge from school and media. So, despite his cantankerous nature and abrasiveness, Gloria didn’t grow up under his shadow. She developed on her own.
In contrast, well-educated Meathead believes he knows all there is to know since he read so many books, got a college degree, and settled in an intellectual position as teacher. As such, he plays a much bigger role in the raising of his child. He’s not content to play the role of father who tells funny stories and provides food on the table. He wants to steer his son to think like him and judge the world as he does. And since there is no God as higher authority, there is only the power of ideology as the final word.

Thus, we end up with a conundrum. It’s possible that more free-thinking kids will come from undereducated parents and less free-thinking kids will come from overeducated parents. Undereducated parents don’t know much and leave their kids to learn stuff on their own. Now, it’s possible that these kids will come under power of PC at school. But because they are not under ideological domination at home, they are likely to develop a more libertine attitude about things. In contrast, kids of overeducated(which is to say over-indoctrinated) parents will get PC not only from school but at home from their parents. So, they got double-whammy PC. One thing I noticed is that many of my peers who grew up in the 70s and 80s were left alone by their parents when it came to ideological matters. Most of their parents were around 30 yrs old in 1967, so they were too old to be part of Counterculture(though too young to be part of WWII generation). These parents were not overtly ideological(for the most part) and left the kids to develop freely.

But things have changed over the years with new batch of parents, especially among the upper-middle-class and above, being very well-educated(which is to say well-indoctrinated). These parents are not content to just provide a nice and loving environment for their kids. They insist on instilling their children with their own self-righteous ideology and iconography(mainly around Magic Negroes, Holy Homos, and Wonderful Jews). This ideological domineering is all the more effective because of the passive/aggressive style of parenting. Parents prior to boomerism weren’t very ‘nice’, huggy-wuggy, and friendly with their kids. So, kids grew apart from their parents with the passing of years. But, the PC parents want to be ‘nice’ and ‘understanding’. This bonds them closer to their children and makes the children want to please their parents more. So, if the parents are boo-hoo weepy-poo about MLK and ‘racism’, the kids want to play along to please their ‘nice’ and ‘understanding’ parents.

And things have gotten much worse due to the rise of PC. At least throughout the 70s and even 80s, the prevailing value among many Liberal parents and teachers was freedom of speech. Consider the Liberal support of Salman Rushdie when Iranian clergy put a Fatwa on him over SATANIC VERSES. Back then, despite the campaign against ‘racism’, Liberalism was strongly defined by ACLU-style libertarianism that defended free speech and expression as a good in and of themselves. (Also, culture hadn't gone totally bonkers with stuff like 50 genders and homomania.) But with the rise of PC, the correctness of views became more important than freedom of speech or individuality. Also, because PC has become such a determinant in careerism — consider the fate of James Damore at Google — , ambitious parents who want their kids to attend elite schools and have successive careers apply extra pressure, consciously or subconsciously, to make their kids assent to the rules of PC.

So, what is the solution? The ideal of the less-educated parents? No, that would be like throwing out the baby with the bathwater. Instead, we need to create a new intellectual culture that favors freedom, honesty, and truth over correctness, self-righteousness, and craven opportunism.
at January 16, 2018