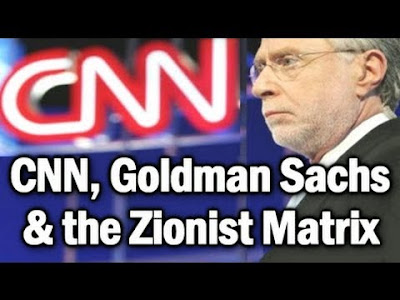 Doxing is a weapon of choice among the Powers-that-be. They know that Doxing is an effective means of silencing the opposition because despite First Amendment protections, socio-economic relations in the US are governed by a system of taboos enforced by PC. So, even though the First Amendment allows you to express your creed, if your beliefs offend the reigning dogma, you can be destroyed socially and economically. You can be shunned by ‘Normies’, pod-people of PC, and, worse, lose your job and means of sustenance, even if the job is modest and low-paying. When someone is doxed, it could mean losing a job waiting tables or washing dishes.

For reasons that are sincerely political/moral or craven/cowardly, many businesses will not hire or keep on those tainted with the heresy of ‘racism’, ‘antisemitism’, ‘homophobia’, the three cardinal sins.
Cities will offer sanctuaries to illegal invaders. Major Jewish firms will reward a traitor like Jonathan Pollard with a plush job upon being pardoned. A billionaire Jew Arnon Milchan who confessed to stealing US secrets for Israel can walk around freely in the US. Roman Polanski who drugged and anal-raped a 12 yr old girl gets protection from the powers-that-be in Hollywood and France.

Jews and Liberals constantly remind us of the bad ole days of ‘McCarthyism’ when communists and fellow-travelers were blacklisted in Hollywood and fired from government jobs. They say censorship and professional restrictions back then, whether government-imposed or self-imposed, were unconstitutional and violated civil liberties despite the fact that communists and Soviet agents had infiltrated various levels of state and culture, indeed to the extent of slipping atomic secrets to Stalin. At any rate, so-called McCarthyism lasted only several years, whereas PC blacklisting & career-destruction seem to go on indefinitely. And Liberals, who once took the stage as principled defenders of liberties and rights, are now most vociferous in demanding that people be censored, fired, and/or blacklisted for their beliefs. Or be bankrupted, like with morally decent & courageous bakers who refuse to make ‘gay wedding cakes’ in celebration of Homomania, the replacement christianity cooked up by Jewish globalists. (Jews hate traditional Christianity and want it replaced with Queertianity.) And entire internet sites have been deplatformed, and people like Jared Taylor have been arbitrarily denied service from Paypal and removed from Twitter even though they never violated the Terms of Agreement.

Of course, it’s not just White National Liberationists who are under attack. BDS Movement is also under constant assault, and US politicians are ganging up to criminalize political support for the Palestinian cause of using sanctions and boycotts to stop Zionist theft of land. What was okay against Apartheid South Africa is not okay against Apartheid Israel that still occupies West Bank in violation of International Laws. And there is mostly utter silence from media and academia on this double standard. But why should we be surprised in a nation where Deep State and Big Media(run by Jewish globalists) have done little else but to collude either to bring down the Trump administration or to pressure him to follow the Neocon Zionist supremacist plan of wrecking more nations to serve Israel’s interests. As the Power decides what is or isn’t HATE, those who support the Zionist hatred against Palestinians are rewarded with high positions and big money. But those who oppose and hate the Jewish-Homo-Supremacist Tyranny are demeaned and smeared. So, Jews can hate proud white Europeans, but white people better not hate back the Jews who hate them and feel nothing but rabid & virulent contempt for them. Jews can be aggressive in their viciousness, but whites must only be passive in their resignation.

So, what is to be done? Can we dox the globalists, Jews, Neocons, and their ilk? But what would be the point? After all, they are famous, renowned, and widely praised. Everyone knows their name and, if anything, they’ve been rewarded handsomely for what they are and what they believe. How can we dox someone like Wolf Blitzer when everyone knows who Wolf Blitzer is and when his being Wolf Blitzer earns him millions of dollars a year? Globalist academics, media people, and political figures don’t need to hide their identities and positions. They are safe & secure, favored by the system, and rewarded most handsomely for their speaking points and policy positions. They don’t have to hide behind internet pseudonyms or avatars. They are out in public and showered with accolades and earning big money.

And yet, we can dox them in another way. We can dox the true agenda behind their masks, personas, and honorifics. We can agenda-dox Neocons as Zionist-supremacists. Now, some have done this already but only in a mild way. While it’s been pointed out that many or most Neocons are Jews who care about Israel, it hasn’t been widely discussed that current Zionism is Jewish supremacist imperialism. We need to expose Zionism and Jewish Interests as Jewish Supremacism because they are not about Jews caring about Jews but about Jews forcing all non-Jews to support and serve a Jewish agenda at the expense of gentiles of all kinds.
We need to point out that so many of those who push for ‘Western Values’ are nothing but shills of Jewish supremacism. German politicians are running dogs of Jewish globalists, and German journalists are paid agents of CIA.

We need to expose the fact that ‘gay rights’ is really a neo-religious movement of Homomania or Queertianity that is, furthermore, a proxy of Jewish supremacist agenda of elite-minority-privilege-and-supremacism. Instead of just opposing or arguing with the other side, we need to agenda-dox or ‘agendox’ the other side as shills of people like George Soros and the Jewish globalist powers-that-be. Even so-called ‘radical’ Antifa is just a thug-arm of Jewish Supremacists and globalists. They are the goon squad of the elites who maintain the facade of respectability while instigating Antifa and BLM thuggery to silence the other side and/or to cover up their own elitism & anti-black agenda. After all, Jewish and White Liberal Yuppies used gentrification and tough-policing to clamp down on black urban violence, without which they couldn't have revived the downtown areas of big cities that were going the way of Detroit or Baltimore. To mask what they’ve really been doing, they fanned the flames of BLM to virtue-signal as ‘good progressives’ in support of Noble Blacks against ‘racist’ white police brutality.

The fact is people are really something other than what they claim to be. There is often the whore behind the aura. Their true motives in service to hidden agendas need to be agendoxed. Take American Enterprise Institute and American Interest. The term ‘American’ makes them sound patriotic, like ‘American as Apple Pie’. But look at the personalities of those involved and follow the money trail, and you get Jewish supremacists and their cuck puppets.

Many people are not exactly what they claim to be. Most ‘conservatives’ are not true conservatives, and most ‘liberals’ are not true liberals. Most of them are molded by the Power. Some know this and just go along for self-interest while others are too dumb to ever notice that they are being played. The reason why they lack principled consistency in accordance to stated beliefs & values is because the ultimate guarantee for their privilege flows from their masters who pay the salary, provide the directives, and enforce the taboos(that can make or break a reputation over a single word or phrase). Someone like Paul Ryan is not a ‘conservative’. Once such a lowly creature is ‘agendoxed’, people will know what he’s really about. He is just a lame pathetic cuck-shill of Zionist supremacists. It’s no wonder he praised Antifa scum as the equivalent of US soldiers who landed on Normandy when those punks attacked White National Liberationists who came in peace to give speeches at Charlottesville.

We need to perfect the Art of Agendoxing. Don’t take the job titles and stated creeds at their face value. Most politicians are shills, most academics are hacks, most activists are dupes, and most people in media are propagandists who cynically or naively push the official line. What choice do they have when most of the media are controlled by Big Money of the Jewish Globalist Oligarchs?
at January 20, 2018