Without Immigration as Meal Ticket, the Jewish-Homo Alliance with Non-Whites Will Weaken 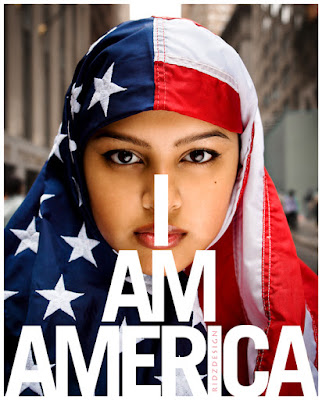 Would Jews support mass non-white immigration IF the general will of non-whites were to direct US policy at the top? Suppose non-whites do become the majority of America and suppose their combined general will came to define American foreign policy and socio-economic policy. How would Jews feel about this? I don't think they would like it.

Jews value non-white immigration because most non-whites have no chance of reaching the top. Blacks have long remained on the bottom. Browns remain as helots, laborers, and servants. Asians to reach higher, but they lack agency and just go along with the prevailing power and official narrative. Since Jews rule, Asians just follow or marry into Jews. As for white Hispanics, they go along with Jews too. Feeling resentment for Anglos who bettered them in America, white Hispanics will gladly side with Jews for bigger slice of the globalist pie.
Muslim numbers are rising, and Muslims will eventually outnumber Jews. But not many Muslims make it to the top. For every Muslim who reaches elite level, a thousand Jews do.

Some say that non-white immigration is dangerous to Jews because non-whites are more hostile to Jews or indifferent to Zionism(that has passionate support only among whites apart from Jews). But non-whites won't rise to elite power and influence. They will remain on the bottom. And Asians who do reach higher are malleable and servile to the Top Power.

So,for Jews, non-white masses are useful for their electoral numbers(and as cheap labor). Even as non-white numbers swell, they will never dictate policy since only those at the top have that opportunity. As for non-white tokens who are allowed into the elite realm, they become servile to Jews because Jewish money and support favored them. Obama and Nikki Haley are both total servants of Zionists. Jews don't depend on black or non-white wealth, but blacks and non-whites often rely on Jewish favors to reach the top.

As far as Jews are concerned, rising numbers of non-whites just provide more body and muscle for the Jewish mind. Jews play the role of the Mind while non-whites serve as muscle to wrestle and defeat the white body.

This is why we have a strange phenom in both US and EU. All these non-white arrivals aren't socio-culturally 'progressive' or into homo stuff. In many cases, they are more conservative or resistant to 'progressive' values and Western decadence favored by Liberals. And yet, their swelling numbers can be instrumental in increasing the power of the globalist elites who push decadent values. All those Somalis in Minnesota don't care about homo stuff. Many Mexicans in California and many non-whites in NY are not into 'progressive' values or homo stuff. But they don't have elite power. All they can do is vote, but their votes go to elect 'progressive' leaders who take donations and cues from globalist Jews.

So, we have growing numbers of non-whites who don't care for homo stuff voting for politicians who push more homo stuff. How can this be? How can so many anti-homo people be voting for politicians who push more homo stuff? Because while non-whites can only supply votes, it's the Jews who, with vast wealth and connections, get to choose the candidates and script the agenda.
It's like ANIMAL FARM. Most animals provided the labor; it was the pigs that got to decide what was done with the fruits of that labor. It's like a ship's destiny is decided not by the entire crew but by the person with his hands on the steering. So, 1000 crew members may want to Place A, but if the person with control of steering wants to go to Place B, the ship will go to Place B.

Jews know that in a white nation, there is a good chance that conservative whites will prevail over liberal ones. A conservative white society will be more about majority power than minority privilege. Jews, as a minority elite, obviously dislike white conservatives for this reason. Time may favor white conservatives because conservatives generally outbreed liberals. So, in order for Jews to keep pushing their agenda, they need New People who will combine their votes with diminishing number of White Liberals. These New People may dislike Jews or be offended by cultural decadence and 'progressivism'. But most of them are not intellectual or concerned about issues and ideas. Their main concern is a Better Life, and they know they can have it in the West via immigration. So, their #1 priority is access to the West. To have that for themselves, their relatives, and others of their kind, they will make a bargain with the devil. So, even Muslims will vote for the pro-homo party if it lets more of them in. And even though these non-whites may be anti-Jewish and anti-homo, they vote for the Jewish-and-Homo party because it offers greater assurance of more immigration.

Now, Jews would think differently about immigrants IF the new arrivals were super-smart, super-ambitious, and hostile to Jewish interests and agenda. Suppose Muslim arrivals have an average IQ of 130 and are bursting with ambition. Suppose in a couple of generations, they can dominate elite circles and shape The Agenda of the party. And suppose these Muslims favor Palestinians and Iran over Israel. Jews would certainly not want that kind of immigration. Fortunately for Jews, such Muslims don't exist. Even the supposedly smart Asians are mostly servile and keep their heads low and take orders than show agency. So, Jews prize more non-white immigration as more muscle for the Democratic Party. The mind of the party remains with Jewish power. Immigration is steroids for Jews. It bulks up the muscle that is to be controlled by the Jewish mind. Without immigration, conservative white muscle can beat liberal white muscle. Trump would have won by a landslide if US were all-white. But he barely won because non-white votes were overwhelmingly Democratic.

Anyway, if non-whites disagree with Jews and homos on so many issues, why do they vote for the Jewish-Homo party? Why would non-whites, whose moral and cultural values are closer to white conservatives, vote for the party that offends their moral or cultural sensibilities? There is one answer. The bribery of the Ticket to the West. Jews fooled conservatives into believing that culture trumps material interest among immigrants, i.e. immigrants are 'natural conservatives' because they are culturally more conservative than average Americans. But Jews knew that immigrants would favor material interest over cultural values. If the Liberal party offers them more material goods via immigration and government services, non-whites will cast their votes that way. Also, in our globalized world, even non-whites around the world have become pretty Americanized and degenerate. Even their conservatism is suspect.

This is why Jews are so obsessed about immigration. Jews need non-whites as muscle against whites. And the ONLY reason why non-whites will vote for the Jewish-Homo party is if Jews can offer them something of material value. And that is the Ticket to the West. Without that access, there is no reason for non-whites to vote for the Jewish-Homo party that pushes social and cultural agendas that many non-whites don't care for. Same in Canada. Why would Muslims vote for a homo-crazy nut like Justin Trudeau? He hands out Free Tickets.

If Jews can't offer non-whites the Ticket, non-whites may stop voting for the Jewish-Homo party. It's the Deal and the Seal.
Suppose all immigration were to end in US and Canada. Suppose non-whites can't bring over more of their relatives and must try to assimilate. In time, many of them will likely gravitate to the conservative party since it seems saner and sounder than the Liberal Party whose agenda is dictated by neurotic Jews and ridiculous homos.

Even among white ethnics, many of them turned conservative and Republican when mass immigration came to a halt in the 1920s. Unable to bring more of their own kind and having to settle in American society, they found the Conservatives saner, more sober, and more appealing that the Liberals who got sillier and crazier. This is when many Italian-Americans went from Democratic Party to Republican Party.
at January 24, 2018