The Core Coding of the System Will Determine Its Future. The West Is Dying Because Its Central Coding has been Altered 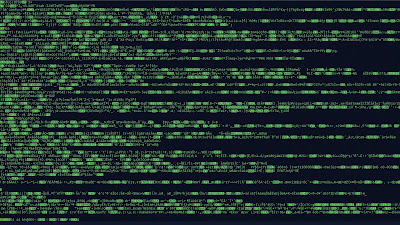 Rule of Narrative changes the Rule of Law.

When the New Narrative is made sacrosanct, the Law succumbs to it because… it’s a ‘dream’, and who wants to defer a dream?

The gloomy fate of America and Europe too is due to the fundamental change in the premise of the New Narrative that was pushed by Jews who gained total control of media and academia.

If whites had insisted that US and Europe are white lands and belong to white people BUT white people are nice enough to take in some non-whites, the new arrivals would have come with a sense of gratitude, appreciation, and respect. After all, they were magnanimously allowed in as guests in another people’s homeland.

So, the new arrivals always feel owed to the native people. They feel that the native folks, out of the kindness of their hearts, did something they didn’t have to do. They were nice enough to let in non-whites who have a chance of a better life.

But suppose the premise of white nations are changed. The new narrative is “white lands were always nations-of-immigrants” on the basis that there had been earlier invasion of peoples in prehistoric times. Also, suppose premise says that Diversity is magic and More Diversity is wonderful for a nation. And fundamental Change is what a nation should be all about.
Then, the corollary is homogeneity and continuity are bad things. Homogeneity must be replaced with magical Diversity, and continuity must be severed by ‘reinventing’ the nation in the spirit of Change.
So, the primary destiny of white nations comes to about increasing endless Diversity and to welcoming total Change.

Under reigning ideology of PC, not only are white people inculcated with such value system but non-whites in white lands no longer feel appreciative as lucky guests but as rightful owners of white nations. After all, the New Premise says Diversity and Change must take precedence over Homogeneity and Continuity(that are deemed ‘racist’, ‘hateful’, ‘extreme’, and ‘far right’).
Thus, foreigners who arrive in white lands don’t come with gratitude but with moral and ideological arrogance. They come to make demands to let more of their kind into white nations and for white institutions & industries to favor non-whites in high positions to make things more ‘just’ because, after all, white nations no longer belong to white people but to the World in the spirit of Diversity and Change.

Core ideas are that important. Changing the central idea of a nation is like changing the code of a computer. If a computer code is programmed to favor red dots and eliminate blue dots, red dots will be favored. Over time, there could be 1000 red dots and only 10 blue dots remaining. But suppose the code is changed to favor blue dots over red dots. Red dots may not worry since they greatly outnumber blue dots. I mean, how much harm could 10 blue dots do to 1000 red dots? But the altered code will mean that blue dots will gain with every passing hour until they will greatly outnumber the red dots. While red dots are eliminated one by one, the program allows blue dots to multiply.

When the Western code was altered, most white people didn’t react with alarm since they looked all around and saw white people and white power. So what if the New Laws & Values favored Diversity and Change? What could possibly happen?
Well, look around the big cities of Europe. It led to the invasion by tons of non-whites who cannot be expelled because the core code of the West now say they are what the West and its ‘values’ are all about.

Why do these Usurpers act with such arrogance and contempt for White America? Because the new code favors them. They no longer feel grateful and appreciative. They no longer plead for favors. No, they just make demands and act like the West is theirs to pilfer and plunder. All the great things created by Anglo whites and other whites exist to be claimed and taken by non-whites… or so the New Code says.

If you have title to your house, it’s your house. Now, suppose there’s a homeless person and you let him in. It’s still your house because you hold the title. The title encodes the house as yours. So, your act of kindness to the homeless person is your decision. It’s your decision to let him stay or to tell him to leave.
But suppose you decide that you’re gonna share the title with him. You tell him, “my house is your house”, and you expect the guy to be grateful and kiss your pinky. But instead, the guy feels that since he owns the title to the house just as much as you do, he will do whatever suits his fancy in the house. Also, he has friends and families who have much to gain by coming to the house. So, he calls them over. You protest, but the law no longer favors you since you shared the title with the guy. You find your house, which is no longer yours alone, filling up with more ‘new owners’ invited by the homeless guy(who is now co-owner of the house). In time, the house has a 100 people, and all those people don’t see themselves as guests but as co-owners. So, you went from owning the house to being 1/100th owner of the house. Boy, wasn’t that dumb?

Whites in the West have only ONE way to save itself. Take back the Title to their National Property. In Europe, this is totally justified since Europe is the ancient homeland of whites. Denounce Diversity and Change as the cult of neo-imperialism and colonization. Tell non-whites to return.
The change in the code was fatal to Europe. As Europe is so much richer than the Third World, what was likely to happen if the Code were changed? Naturally, the poor masses were gonna flock to the West for better material lives. And they were gonna call more of their kinds to share in the loot. If you feed animals, what do they do? They send out signals and more of them come. And if they initially came with gratitude and appreciation, they later come making demands for more and more and get angry if you don’t feed them.

Nothing can be saved without the Change in the Code. Sure, they will accuse the rise of nationalism as ‘racist’, but if nationalism was good enough for the Third World in driving out white/European colonists and imperialists, it’s good enough for white people to kick out Third World mobs of usurpers. White people must reclaim the Title to their lands. And if it means war and violence to topple the vile elites and kick out foreigners, so be it. Viet Cong didn’t just hold up signs. They fought. So did the Algerians resistance fighters to drive out the French.

The re-coding of the West to favor Diversity and Change over Solidarity and Continuity was the fatal flaw. Every society is a system, like a computer is a system. And just like a computer follows its codes, a social system functions in accordance to its legal coding and narrative drives. As long as the Code favors Diversity and Change, we can kiss the West goodbye. Diversity and Change must be properly identified and diagnosed as virus and cancer embedded into the Western DNA by vile globalist elites. They must be treated like disease that must eradicated from the core DNA of the West. Diversity and Change are like HIV. They are meant to weaken and destroy the Immune system of the West by brainwashing whites into thinking that any thought and action for self-preservation is Evil. Nationalism is an immune system to defend and conserve the social system of a people. When nationalism is attacked by globalist cancer, the immune system fails because the people are made to believe that there is nothing more evil than their desire for solidarity and continuity as a people and culture.

White folks must rise up and attack Diversity as Demise and Change as Extinction. A great people don’t need to be replaced and ‘reinvented’. Diversity-and-Change was a case of fixing something that was not broken. The idea of ‘fixing’ the rich and stable West with dysfunctional Third World morons who wrecked or degraded their own nations was too funny, but no one got the joke because white people were ‘guilt-baited’ with Shoah and made to feel that Nationalism was the root of all evil in WWI and WWII when, in fact, both wars were the result of imperialism that violated the national sovereignty of weaker peoples.
The real reason for the rapid recovery of the West and Japan owed to restoration of nationalism. Nazi and Japanese imperialism was defeated, and nations could be free and sovereign again.
The new danger was that the Cold War gave rise to Soviet and American empires. But then, with the fall of communism, it seemed as though every nation in Europe would be sovereign and free. Then, there would be peace and prosperity predicated on security and stability. But then, there was globalism that led to EU neo-hegemony and expansion of US as the hyper-power that treats other nations as vassals, but then, US itself is the vassal state of a bigger power of globalist networks dominated by Zionists.

It is because Zionists want to control the entire world that they push Diversity and Change on all nations(except Israel). With Diversity and Change as the elite mantra in every nation, nationalism will weaken as native elites will not defend their nations but serve the globalist elites who offer them lots of money and prizes if they go along. And then, every nation can be infiltrated and taken over by foreign capital and New Cosmopolitanism whose only truths are Homo Worship and Rap music.
at January 27, 2018