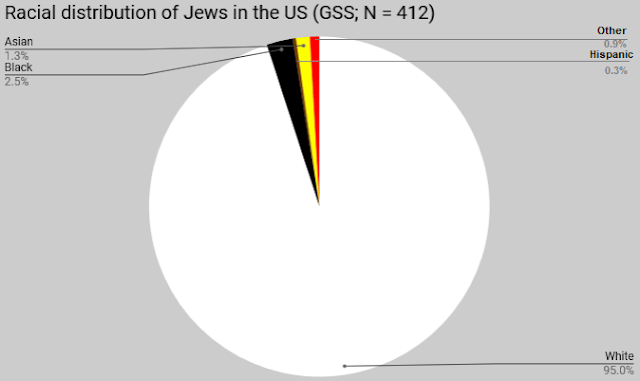 The Mandate for Palestine was a dress rehearsal for something much bigger.

Mandate for the West(and then the Rest).

Mandate for Palestine led to eventual Jewish demographic takeover of Palestine to be reconstituted as Israel, the Jewish state, the only part of the world deserving of national identity and right of territory. Jews are mono-nationalist. Only their nationalism is true nationalism. All other nationalisms are false and must be dissolved. Jews denounce on poly-nationalism like Jewish monotheism reviled all pagan idols as false gods.

Mandate for the West is to eventually replace native-whites(in Europe) and founder-whites(in North America & Australia) with masses of non-whites. How does this benefit Jews? Diversity will make cohesive nationalism impossible in white nations. Diversity will create cracks and fissures, and Jewish elites get to pit various sides against one another while taking the lion share of the prize.
Imagine a nation as a Spartan military unit. United and strong, standing together with shields and spears. Very difficult for outsider-enemy to penetrate the phalanx. But imagine a rag-tag bunch of troops of diversity. They would never stand and fight together. As they push each other, cracks form among them, allowing for easy penetration by the enemy.

Mandate for the West thus favors Jewish power in the long run.

Finally, there is Mandate for the Rest. As non-whites flock to the West(the Metropole), they take on PC ideology and globo-homo POZ and export them back to their home countries. In time, even the nations of their origin turn globo-homo and worship diversity. They too allow massive immigration-invasion, and diversity leads to divisions and cracks, and Jewish power can penetrate, exploit the differences, and take over. After Europe, it will be smaller East Asian nations that will fall, esp Japan, S Korea, and Taiwan as yellow dogs are most imitative of the West as model.

Jews think big. With prophetic minds, they look ahead to their grand chess plan for the world.

It works out because 'new populations' are diverse. Even if they come to envy and resent Jews, they will be at loggerheads with one another. Browns, yellows, and blacks don't see eye to eye. Neither do Chinese and Hindus. And even among browns, there are so many gradations of identity and color(flimsily held together only by shared resentment of higher-achieving 'gringo' or 'yanqui'). Puerto Ricans don't have much in common with Indios from Guatemala. So, they will be more divided among their own kind than against Jews. Also, as Jews are on top and will remain there due to higher IQ, non-Jews know they must suck up to Jews to gain access into the uber-sphere. Besides, Jews can exploit the 'new people vs old people' dichotomy indefinitely as immigration-invasion is to be endless. So, even as new people settle and evolve into old people, there will be ever more new peoples.

As for old people, Jews only need the collaboration of the elites. Masses don't count for beans UNLESS there is a massive populist revolt with pitchforks(which is rare in history like asteroids hitting the earth). The fact is white elites are willing to sell their souls to Jews for financial gains and on insta-moral grounds. If you're a white cuck and serve Jewish Power, there are lots of prizes. Paul Ryan will make a killing as a lobbyist. Also, as Jews are the Eternally Holy People of Shoah, white cuck elites feel 'cleansed' and 'baptized' by rubbing shoulders with Jews, especially as the Jewish-controlled media and academia made whites out to be uniquely tainted by history. As the result, whites need atonement and salvation, and one quick way to get it is by sucking up to holy People of Shoah. "Look, I got some Jew Magic on me!" Since white elites suck up to Jews more than the white masses do, it creates the impression of 'good whites' at the top and 'bad deplorable whites' on the bottom. This has the effect of making 'good white elites' serve Jews than represent 'bad white people', who Jews say must be replaced. It divides whites along class lines.

Mass-Immigration-Invasion of non-whites is the final nail in the Jewish Strategy for Total Power.
Jews had the unique potential of rapidly gaining the dominant position in the US. Now, how could they when they were only 2% of the population? I mean there was no chance that the Jewish 2% of US could elect a Jewish president. The Irish had the numbers to take over many big cities. Jews didn't. Even in NY, they are like 20% of the population. Jews gained power not by elections but by taking over elite institutions. Only they could have done this due to combination of high IQ, chutzpah, and big think. Also, they could pass as whites, which made it more acceptable to the white majority(than if Asians tried it, but then Asians lack chutzpah and are less intelligent than Jews). So, Jews used the bypass method of power. Just gain control of elites, and you gain control of society. Selection than election. With Jewish control of media, law firm, finance, entertainment, vice industries, real estate, and etc, they could buy off any politician of either political party. Also, with control of media, they could smear and destroy anyone. And, Jews spread the notion of 'antisemitism' that says anyone who notices nefarious Jewish influence is a 'nazi' while anyone who serves Jews 24/7 is the most wonderful goy. Since the Shoah Narrative made Jews out to be holy and since flattering Jews could be rewarded with blessings of approval from the holiest people, it became De Rigueur for whites to roll over before Jews for pats on the head. So, everyone in power became cucks to Jews.

But Jews still felt nervous because having elite power alone doesn't secure permanence. This was evident in the history of the British Empire. The Brits gained control of non-white territories by bullying and buying off the local elites. So, if the Brits could control their puppet leaders in Asia, Africa, and Middle East, they had control of all the territories and all the populace as most people are sheeple. BUT, there was the chance that a real national leader might arise and challenge the cuck-collaborators and the Empire. Such a leader may rouse up the masses... like what happened in Cuba. The US had TOTAL control of most of the political and economic big-shots in Cuba. By scheming with the cream at the top, US could effectively milk all of Cuba. But Fidel Castro and others came along and they led the national masses to victory against the Cuba elites... and this spelled doom for American influence as well because US had put all its eggs in the elite-basket. Once the Cuban elites fell, US influence was gone as well.

This is why Jews aren't content with elite power alone. If white masses reject the current white elites, they also reject Jewish power that is mainly attached to white elites than to white masses. At least in the past when US was ruled by white Christians, there was a connection between white Christian rulers and white Christian masses. But will white Christians, for the long haul, accept Jewish rulers? For the time being, it seems whites are pro-Jewish and support Israel, but could this last indefinitely, esp when there's mounting evidence of vile and nasty Jewish behavior in so many sectors, not least against whites who, besides, are often berated by (((fellow whites)))? What if white masses lose confidence in their own leaders as a bunch of 'cuck-collaborators' and long for an American Castro or Putin? This is why Jews hated Donald Trump with such virulence(even though he turned out to be just another cucky-wuck). Trump ran on America First that implicitly said a white guy like him should reconnect with and protect the traditional (white) American nation. Jews called Trump 'literally Hitler', and even though that is hysterical, there is a kernel of truth to the notion that Trump is figuratively Hitler. After all, there was the nationalist element in Hitlerism that called for unity of German elites and German masses(a good idea before the pathological nut decided to shift into imperialist mode). Hitler was a bad example of it, but there is nothing more effective against imperialism than national unity between leaders and masses. US went from empire to colony of empire. During the Cold War, it was USSR empire vs US empire. After the Cold War, US became a colony of an even bigger empire: Empire of Judea with networks all across US, Canada, Latin America, EU, Russia, Israel, and etc. So, EOJ(Empire of Judea) wants the white elites to serve the empire -- like British expected Hong Kong elites to serve the British Empire than represent Chinese nationalism -- than reconnect with their own kind.

The way Jews see it, AS LONG AS there is a white majority in the US, there is a 'chance', even if a slim one, that white elites and white masses may unite against the Jews. Or, a new white elite will arise(like Castro and others did in Cuba) to reject the cuck-elites. (Alt Right had this chance, but idiot Richard Spencer allied with neo-Nazi morons and yammered endlessly about a need for Faustian white neo-imperialist supremacism.) Jews believe that securing elite power isn't enough. If white elites stop collaborating with Jews or if they are rejected by white masses who demand a new white elite that is actually responsive to white needs, Jewish elite power will fail like American power in Cuba. As the existing cuck-elite falls, so will its master and sponsor.

Jews are masters at splitting the goyim between elites and masses. Jews did this with whites and can do it to ANY goy group. White elites like Paul Ryan, Mitt Romney, Hillary Clinton, and Beta O'Dork do NOTHING for whites. Their main priority is being part of the Privilege Club, and so, they suck up to Jews.
The same can be done with ANY group. Notice how Hindu- and Chinese-American elites in the US are total suck-ass dogs of Jewish Power. Once they've been let into the Power Club, their main priority is to BELONG(be an insider), and that means sucking up to Jews while snubbing their own people. Look at Fareed Zakaria. This non-white brownie has been let into the Power Club, and he beats the drums for Wars for Israel. The one time he praised Trump was when missiles were fired into Syria.
at March 23, 2019