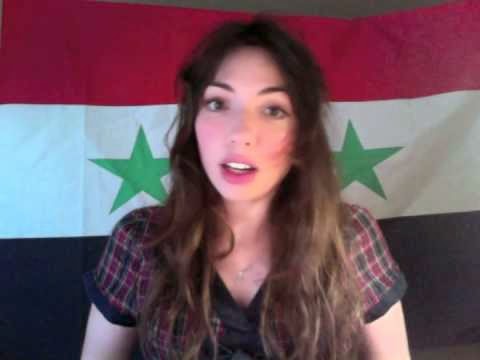 On the matter of New Zealand, I have to disagree with Partisan Girl(at around 1:16:00) of the Video Above. (Video has since been removed by Zionist Supremacist Youtube.)

It's true Maoris were there first and have ancestral connection to the land, something which whites don't have(at least not deeply). But New Zealand as a nation, economy, and system is entirely the creation of whites, namely Anglos. Without Anglo conquest and colonization of that territory, there would be no New Zealand, period. Whites created the modern nation of New Zealand, which many consider a kind of affluent and well-managed paradise.

So, I would argue TWO peoples have a right to New Zealand(aka Maori-land). Maoris because they'd been there for many thousands of years and have deep roots. And whites because they arrived and built a new social and economic system from scratch. Maoris have a link with the soil and plants; whites have a direct connection to all the cities and institutions that they built in what came to be known as New Zealand.

Then, if whites in New Zealand historically owe something to another people, it is to Maoris and TO MAORIS ONLY as New Zealand was taken from Maoris and from no one else. As whites didn't take New Zealand from Muslims or Arabs, Muslims and/or Arabs have NO CLAIM to New Zealand, which they didn't build and to which they lack ancestral claim of blood and soil.

That said, if the good people of Australia and New Zealand really sympathize with suffering Muslims and Arabs in the Middle East and North Africa, why don't they grow some a pair and condemn the Jewish-controlled US for waging all these Wars for Israel that have wrecked so much of the Middle East as the result of bombs, support to radical Jihadis(mostly by US and Saudis), and economic sanctions(that have devastated entire nations)?
But elites and progs in Aussies and Zealanders are totally shhhhhh about that truth and just express their sympathy by taking in Arab refugees(even though they themselves weren't the ones who pushed these insane wars). It seems Jews tribalize/privatize the gains and universalize/socialize the costs/losses in these Wars for Israel. Weakened and wrecked Muslim nations are good for Israeli dominance, so Jews tribalize the gains. But these wars led to all these refugees, so Jews universalize the costs/losses by burdening OTHER nations to take in refugees(while Israel takes in none and, if anything, keeps taking more of West Bank and are poised to annex Golan Heights).
Anyway, if the 'compassionate' elites of Australia and New Zealand are so concerned about the plight of Arabs and Muslims, why don't they condemn the SOURCE of the problem that led to the Refugee Problem in the first place? You know, the damn Wars for Israel. But it seems most elites in Australia and New Zealand are either too afraid, brainwashed, and/or bought-and-sold by the Zionist globo-homo Power to speak the simple truth. So, their idea of sympathy is cleaning up the mess made by the Jews while never mentioning Jewish power as culprit.

Imagine if, during World War II, Australia and New Zealand took in Polish and Greek refugees without ever mentioning the fact that Nazi Invaders are the cause of the refugee problem. Worse, imagine if Australia and New Zealand, even as they took in Polish and Greek refugees, praised and flattered Nazi Germany 24/7.
Well, such is the state of the world today. Jewish-run US is the source of most major conflicts in the Middle East and North Africa. These are Wars for Israel instigated by Judeo-Nazis, but the cuck-elites of New Zealand and Australia are always full of praise for Zionism and US foreign policy. They don't dare to name the real culprits of the Middle East Wars. Their feeble idea of 'good work' is cleaning the mess made by another without ever naming and blaming that other.
at March 17, 2019