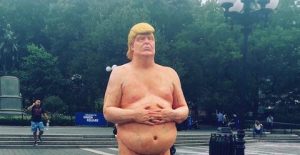 Alas, it also has a darker side: imperialism, racism, genocide, slavery, religious and political persecutions and, of course, two world wars.

Hardly different from rest of humanity.

By the way, race + ism should be defined as belief in reality of race and racial differences. ISM means belief, after all. Using 'racism' to mean 'mindless or groundless racial hatred of supremacism' is to fall into the trap of the enemy. Everyone is race-ist, explicitly or implicitly, because it's impossible not to notice racial differences.

But what the so-called “collective West” (aka the AngloZionist Empire) is showing today is the exact opposite of what the West is supposed to stand for. Here are just a few examples

When has the West, or any civilization, ever practiced what it preached?
I will grant that the hypocrisy is louder than ever under globo-homo Zionist control, but it's a matter of degree than substance.

True to an extent. Serbia was targeted because it was the strongest state in Yugoslavia and because it was closest to Russia. Also, Jewish power, by coming to the 'rescue' of Muslim Albanians, wanted to propagandize itself as 'pro-Muslim' so as to prepare for wars against Muslim nations. Nice shtick: "Gee, how can WE AMERICANS be anti-Muslim when WE bailed out the Albanian Muslims?" Of course, Jews were being rank hypocrites. Jewish logic says the West had to help Jews take back the Holy Land BUT Serbians had no right to take back their ancient homeland from Albanians who'd come invading under Ottoman rule.

That said, US/NATO intervention in Serbia was a mixed bag. For most of the 90s, NATO had done little or nothing to stop the slaughter, just like the UN did nothing to stop the Rwandan genocide. There was a sense that SOMETHING had to be done to end the bloodshed and cycles of violence.
In retrospect, it was handled badly, but INTERNATIONAL LAW means that nations around the world must work together to stop excessive mayhem in a part of the world. In a more perfect world with a better superpower than the US, maybe something good have come of it. But the US had no credibility as it had used sanctions to kill 100,000s of kids in Iraq.

What of massive civilian bombings in WWII, Korean War, Vietnam War, and etc. US support of right-wing death squads during the Cold War. 100,000s, possibly millions, slaughtered in Latin America.
It was always like this. Soviets backed their own bloody regimes in Asia and Latin America. Chinese backed the loathsome Khmer Rouge. The world didn't suddenly suck just now. It was always a mess.

Respect for alliances and partnerships. The AngloZionist Empire has no allies – only vassal states, puppet regimes and comprador 5th columnists.

One of the benefits of being an empire. Puppets are more reliable than allies. Allies can break off he alliance. Puppets always do as told. In that sense, we can't blame the US for preferring puppets to allies. Better off owning a trained dog than partnering with a lone wolf with a streak of independence.

When the Neocons finally came out and showed their true face, they did more than just affect the image of the US abroad, they also gave a signal to their colonial administrators that all pretense of decency could now be dropped.

Jewish tribal supremacist takeover of US empire has been most unfortunate. Though both the US and USSR got their hands dirty and bloody in the Cold War(and supported murderous proxies), there really was a clash of big ideas and visions relevant to much, even the majority, of humanity. It was a world conflict for world-ideas. Big power engaged in big action for big isms.

But, we now have the US as lone hegemon using its immense power and influence to serve the narrow interests of a single tribe(allied mainly with homo supremacists). There is so much tensions around the world to indulge the Jews, a tiny percentage of world population, and homos(the cherry-picked allies of Jews): Jewish King and Homo Queen. Since Jews know that it's too much to ask all the world to risk WWIII, IV, V, and etc. for Jewish interests, they couch their chosen conflicts in terms of 'human rights' and 'spreading democracy' and etc, but it rings so hollow. Or Jews try to spin the conflicts as holy crusades to spread homomania, which actually goes over well with many people in the West for whom queertianity is their new missionary-fairy faith.

Many Russians living in the West (such as Dmitri Orlov) have noted the numerous similarities between the late Soviet Union (especially the so-called “stagnation years”) and the modern US . I myself made such a list of similarities as far back as 2014 when I listed the following:

A bloated military budget resulting in an ineffective military

I dunno. US seems to be pretty effective in smashing nations. Just ask the Libyans, Iraqis, and Syrians. Maybe US sucks at nation-building, but it is an expert at nation-wrecking.

A huge and ineffective intelligence community

Ineffective? It seems very effective. US was able to mess up computer systems in Iran. It has hidden devices in computers all over the world. Also, Intelligence works closely with Jews and Israel, which means all the political dirt are known to Jews who can blackmail anyone.

Depends on where you look. Certain big cities are richer than ever. And even now, most roads in the US are better than roads in Russia or China.

Blacks. Evolution made them meaner and tougher. Have blacks, will have lots of inmates.

A propaganda machine which nobody trusts any more

I wish this were so, but plenty of morons trust every word of snakes like Rachel Maddow and S.E. Cupp. And all that anti-Russia hate news must have worked because the great majority of Americans now hate and fear Russia more than ever.

An internal dissident movement which the regime tries to keep silent

True of any society.

An industry whose main exports are weapons and energy

Isn't that Russia NOW? In contrast, the US is also a huge exporter of high-tech, medicine, media, entertainment, chemicals, foods, and etc.

Sadly, most Americans have learned to stopped worrying and love the spying. There was some fuss from progs about the Patriot Act during the Bush II presidency, but when Edward Snowden spilled the beans, the entire elite and proggy class denounced him. Conservatism Inc, the arm of the war state, didn't defend him either. It took mavericks like Glenn Greenwald and Oliver Stone to come to his defense. Progs claim to stand for ideology, but 'idology'(idolatry as replacement for ideology) is bigger among them. One of their main 'idological' obsessions is the Magic Negro. As Obama was a Magic Negro, progs just venerated him as a 'historic president' and turned a blind eye to all his warmongering. Progs are more 'Catholicist' than 'Protestantist'. They are more dazzled by 'idolic' symbols and spectacles than true to the letter of progressive ideology.

A financially catastrophic over-reach of the empire across the planet

US is financially over-stretched, but I don't think its overseas empire is the main problem. It's bankers privatizing profits and socializing losses, and it's the masses hooked to entitlements.

An awareness that the entire planet hates you

A young generation which believes in nothing at all

That wouldn't be so bad. It would at least mean that young people are skeptical. But in fact, too many young people truly and really really believe in globo-homo, Afromania, and Jew-Worship, or the Holy Three. Young people worship MLK, Diversity, Inclusion, 'gay' rainbow, and etc.
In this, they are different from latter-day Soviet youth who really were jaded and felt that they were being lied to about the richer and more advanced West.
In a way, the sheer superficiality of current Western ideology and 'idology' makes them more effective. One problem with Marxism-Leninism was that it just seemed boring, dull, worn, same-old-same-old, and tiresome as the years went by... like someone reading Church dogma for the umpteenth time. In contrast, even as current Western ideology and 'idology' are pretty idiotic, they are always changing color and shedding (snake) skin according to fads and fashion. The conceit of novelty, newness, and 'change' keeps young idiots excited and thrilled: 'gay pride', 'slut pride', BLM, Pussy March, MeToo, tranny-mania, Green New Deal, climate change, 'migrants welcome', 'microaggressions', etc. It's 31 flavors ideology/idology. In contrast, Soviets had only one flavor: Red. Most young people are idiots and care more for pizzazz than meaning. As idiotic as the current Western ideology/idology is, it knows how to hook people to a 'vibrant' sense of 'celebration' and 'happening'. The Revolution has been Advertised. This is why so many youths are indeed 'passionate'(or childishly excited) about whatever flavor they're obsessed with at the Moment.

An educational system in free-fall, (the Soviet one was much better, btw)

Many schools are a mess because of blacks and maybe some browns. And of course, lower-income whites do poorly. But US education is pretty solid for Jews, Asians, and white middle class. If we compare US whites with whites in Europe and Russia, they usually come off better.

This is problematic, mainly due to blacks and Latin Americans/Muslims/Asians who bring their norms to the US. Also, diversity increases distrust.

Anyway... one big difference between US and old USSR is this: The MAIN reason why USSR collapsed was not due to all those problems listed above. It was because its elites got tired of managing the system and taking care of the 'lazy' masses. They wanted to end communism and become super-rich oligarchs. And THAT is why the system collapsed. It was blown up from the top.
In the US, the top elites are super-rich oligarchs. Why would they collapse the system when they already have it so good? During the days of USSR, the Soviet elites envied the capitalist elites of the West who were richer, freer, and had more stuff. The only way they could have it all was by ending communism, which was destroyed from the top than from the bottom.

The elites have it better than ever in the West. Why would they do anything to end the system? Trump made noise about draining the swamp, but it looks like he's been totally co-opted by now. Trump is Scump, saying nasty shit about Queen Ann(Coulter).
Also, as problematic as diversity is, it is actually to the advantage of the elites(esp minority Jewish elites) because diversity makes it impossible for the various racial/ethnic folks to unite to challenge elite power. Also, as at least 50% of whites are totally for diversity & homomania and see 'white supremacy' as the biggest threat, they work with Diversity and globo-homo elites to suppress any effective white mass challenge to elite power.
at March 15, 2019