Commentary on "Why Is ‘Cultural Marxism’ So Offensive?"(by GILAD ATZMON)

One may wonder why ‘Cultural Marxism’ is so offensive to some?
Because ‘Cultural Marxism’ is obviously truthful and precise in its capacity to encapsulate a crucial and disastrous transition in the evolvement of 20th century Left thinking.
As opposed to traditional Marxism that theorizes over the necessary condition toward social change by means of class struggle, ‘Cultural Marxism’ aims to introduce a change by cultural shift. At a certain stage some (neo) marxists and socialists were clever and honest enough to accept that the revolution wasn’t going to happen. The working class couldn’t be bothered and even if they could, they were too busy attending their jobs. The revolution had to be facilitated by different means.

The fact is Gramsci was a genuine communist. He believed control of culture would play a significant role in the revolution, and this revolution would ultimately lead to prole victory.

As for the Frankfurt School, they were more about Marxian possibilities than certainties. They preferred Marx's earlier works when he was searching for an answer in 'critique' mode than his later works when Marx the Prophet pontificated as if he'd figured it all out. Frankfurters wanted to return to the spirit of the early Marx when socialist radicalism hadn't yet hardened into dogma and decree.
And they were increasingly sure that the Soviet Union wasn't the answer and maybe communism wasn't either. But one thing for sure, they were ANTI-CAPITALIST and seeking out new social theories and experimentation to arrive at what they hoped would be a better future.

Fast forward to today, and what goes by the name 'cultural marxism' has NOTHING to do with Gramsci and little to do with the Frankfurt School. Gramsci was a real communist, whereas today's 'cultural marxists' aren't. The Frankfurters and today's so-called 'cultural marxists' may have something in common in their fixation with psychology, esp of the sexual kind. But the decidedly anti-capitalist stance of the Frankfurters made them hostile to much of popular culture and advertising, which were deemed to be 'commoditizing' and cheapening the true meaning of humanity. Their idea of sexual liberation was more on the personal level, not something to be mass-marketed into pornography or vice industry.

Also, Gramsci and Frankfurters were first-rank intellectuals, agree with them or not. The book about German cinema, FROM CALIGARI TO HITLER(by Siegfried Kracauer, affiliated with the 'School'), is very impressive even if you disagree with its conclusions.

In contrast, today's 'cultural marxists' are superficial and infantile. In some ways, the higher quality of past intellectuals owed to bourgeois repression and the fact that Jews and women didn't have it so good back then. Bourgeois norms pressured people to be mature and serious about stuff and grow up. If Pauline Kael and Susan Sontag had been raised as millennials, they could have ended up like Lena Dunham and Emma Sulkowicz. Also, the fact that many Jews weren't so privileged back then meant that they had really had to work hard and prove their worth. And women back then had to really prove their mettle in men-dominated fields. No one coddled them, and they had to be tough, like female characters played by Katharine Hepburn, Rosalind Russell, and Barbara Stanwyck. There was no OLEANNA-ish bullshi* back then. In contrast, so many of today's Jewish elites and women writers have been coddled all their lives in rich homes and/or by PC culture. They are easily triggered princelings who can't fight for themselves and immersed in precious bratriarchy.

Also, there is no interest in communism among today's 'left'. Rachel Maddow and her ilk incessantly badmouth Russia's communist past. They also side with right-wing Israel while denouncing left-wing Venezuela. (In the past, many liberal and certainly leftist media people at least sympathized with Cuba and China and faulted the US for making the Cold War worse than it needed to be.) Some college professors do claim to be communists, but it's all a joke because their MAIN obsession is 'man with a wig is a woman' and 'we must work with uber-capitalists to destroy the white working class'. Gramsci was a communist, and the Frankfurters were, if not hardline communists, at least anti-capitalist and deeply troubled by materialism and pop culture.

Now, some on the Right use the term 'cultural marxism' to imply that today's 'leftists' gave up on economics(socialism or communism) in favor of 'culture wars', but such has to be seen as a deviation from(and even betrayal of) the original intent of both Gramsci and Frankfurters, for whom the culture war was a means to either bring about communism or to seriously undermine capitalism. In contrast, today's so-called 'cultural marxists' are immersed in trashy pop culture(concocted by super-capitalists), vanity & narcissism, spoiled-brat tantrums, and celebrity worship. They are not communists or Marxists. And their feeble idea of 'socialism' is NOT about justice for workers but "Give us free stuff so that we can lead happy hipster lives sipping starbucks and listening to reggae & hiphop(and a tattoo on my arse)." Their idea of justice has less to do with ideology or principles than idolatry of Jews, Negroes, and Homos as propped up by media and academia mostly controlled by Jews. (Jews are having some troubles though because they count as white and are rich as hell. Also, PC psychology is getting awfully neurotic on the issue of holy Jews beating up on POC Palestinians. So, even some Jewish 'leftists' are beginning to denounce Zionism and Israel because the contradiction between Jewish abuse of power and Jewish image of victimhood is getting more problematic.)

When Gramsci and Frankfurters were devising cultural strategies, they weren't about wallowing in pop culture but offering a counter-culture to the dominant one controlled by the 'bourgeoisie'. But today's so-called 'cultural marxist' are delighted with junk-trash culture. For them, pop culture is the END than the means. (For many, pop culture is their only real passion.) Now, they do believe that pop culture must be politicized to serve the 'resistance', but what are the 'values' and 'dream's that they aspire to most? Stuff that are loved by oligarchs, capitalists, privileged decadents, deep state goons, and etc. They love homomania, a tool of rich Jewish capitalist hegemonists. Their reverence for blacks has less to do with Civil Rights Movement than rap music, sports, and sex. And they blabber about platitudes like 'diversity' and 'inclusion' via endless immigration-invasion without understanding that such actually undermine mass unity(to take on elite power). They fail to see that 'diversity' is a ploy used by elites to shift moral advantage from the working class to the elite class. Because working class types tend to be more tribal(by instinct if not necessarily by ideology), the 'compassionate' privileged elites can hug immigrants and minorities and morally condemn the native masses of 'racism'. Thus in the UK, the moral advantage went from white masses making demands on white elites to white elites sneering at white masses as 'racist' and 'xenophobic'. Of course, the elites get 'good diversity', whereas masses get 'bad diversity'. Rich whites are more likely to rub shoulders with the Obamas, whereas poor whites are more likely to be punched by Mike Tysons. Elites the get the prime cut of diversity whereas the masses get the entrails.
And naturally, there isn't much CRITICAL discussion of Jewish power(that is so supremacist, hegemonic, and ultra-capitalist) since the controllers of the elite institutions are largely Jewish.

Naomi Wolf is a ditz, but she was good enough to notice that today's 'cultural marxists' are actually working with the War Department to conflate 'empowerment of women' with US imperialism. Today, many 'cultural marxists' are totally on the side of US war-making because their idea of the highest value is globo-homo stuff. Since the US is now homo-metropole of the world, hell yeah, US should seek hegemony to spread hegehomony. And 'cultural marxists' support new cold war with Russia cuz... Russians won't bend over to 'gay pride' stuff(funded by super capitalists and Hollywood and Wall Street).

Today's 'cultural marxists' should really be called 'cultural capitalists'. It wasn't so much that Marxists took over the culture of capitalism but that capitalism totally transformed or subsumed the character of the Left so that there was no longer any real left left anymore. A 'cultural marxism' that is at home in the pages of Us and People magazines hardly has any moral value as an ideology. 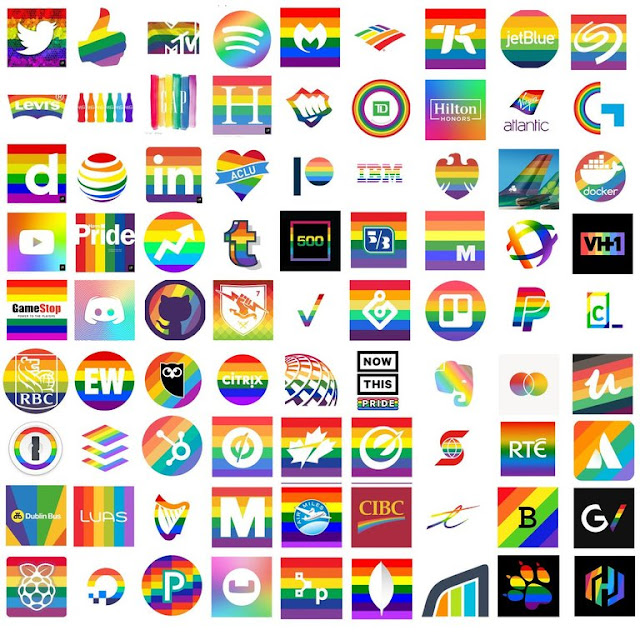 A typical face of 'cultural marxism' is the atrocious Laura Dern in the latest STAR WARS fiasco. You see, the new rebellion is in a life-and-death struggle with the new empire, but notice she obviously spent many hours on her hair and dress to take command of the starship in the most crucial of times during the battle. It's all fantasy. The difference is when STAR WARS and SUPERMAN came out in the 70s, people took them for fantasy and nothing else. But now, we have 'cultural marxists' acting as if the real future of humanity hangs in the balance of what happens in STAR WARS, which is why it is so heavily politicized. It used to be, people got serious ideas from books(and some serious movies) and treated pop culture as escapist fantasy. Now, pop culture fantasyland is regarded as the main battleground of politics. As Chris Hedges said, we live in an empire of illusion where idolatry reigns over ideology. As 'cultural marxists' rule most of pop culture, it is said they have won the 'culture war'. But they won it for super-capitalists, neo-aristo homo narcissists, and tribal Jewish supremacists. The victory has nothing to do with real culture or anything resembling Marxism(or even classical progressivism).

In the radical films I AM CUBA and BATTLE OF ALGIERS, we see real revolutionaries putting their lives on the line for real world struggles. For them, it was not a game of Peter-Pan-ish fantasy. But what passes for 'cultural marxism' today is about taking control of Archie's Comics and STAR WARS franchise to churn out fantasies where the 'good guys(and gals and million other genders and intergalactic species)' come together to fight the 'bad guys' who look like MAGA people. And notice that the STAR WARS universe isn't so much about ragtag rebels vs the empire than about empire vs empire. So, the ultimate message is that militarism and blowing up the world is AWESOME and EXCELLENT as long as it's 'woke' according to Hollywood, Pentagon, Deep State, and the homo-hegemonic community.

The state of today's 'cultural marxism':