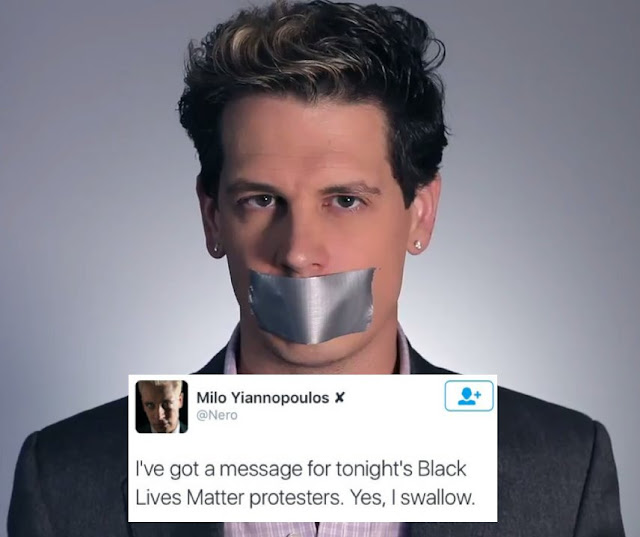 In a way, the World of Milo Yiannopoulos makes perfect, if perverse, sense in the current year of the Holy Three composed of Jews, Negroes, and Homos. In the Milo cult(now somewhat faded), there is the ‘intersectionality’ of Jewish element, Homo element, and Negro element. Also the added element of the ‘Aryan’.

Milo is part-Jewish and possessed of Tribal chauvinism and arrogance. He is a staunch Zionist. He is willing to discuss the reality of Jewish Power but more as bragging rights than as criticism. “We Jews are awesome and powerful.” He is proud of his Jewish ‘intellect’.

But he is also part-Greek and possessed of ‘Classical’ visage. He carries on like he’s a modern day Narcissus, like some homo Greek statue come to life. He’s noticeably vain about his ‘Aryan’ looks. Especially with his fake blond hair, his self-presentation might as well be that of the Nazi Aesthetic Ideal.

And he makes a big fuss about his homosexuality. He mocks the current homosexual culture for its hankering for status and respectability. He revels in flamboyance and provocation that had once defined the ‘gay’ community. He believes homos should be risque, hip, creative, expressive, ingenious, innovative, original, cutting-edge, and full of surprises. Even reckless. Homos should be dancing around golden calves than kneeling before sacred cows. He believes homos are superior in intellect, innovation, and style over predictable and square straights.

Precisely because his fawning narcissism vapes on the ‘intersectionality’ of superiority — Jewish genius, ‘Aryan’ beauty, and homo creativity — , he believes a demigod such as himself is deserving of the ultimate carnal pleasure. It is in the form of a big dong up his bung, and because Negroes got the biggest dongs, Milo’s divine bung rejects all dongs but black ones. That is his own brand of Pop-Nietzschean Faustian Bargain.
In other words, he regards the Negromo(Negro homo) dong as the ideal fit for his golden Jew-homo-aryan bung. Only the best deserves only the best. Jewish genius is the best of genius, homo creativity is the best of creativity, and ‘Aryan’ beauty is the best of beauty. Because Milo has all three, he must be a god. And as a god, he is deserving of the biggest homo-bung pleasure, and it comes from the Negromo dong.

So, there you go. Milo sees himself as the ultimate fulfillment of the intersectionality of the main themes of ‘western’ culture. Jewish power and genius, homo narcissism and flamboyance, Aryan form and beauty, and funky-ass Negro dong up his bung.

This homo stuff is icky but more interesting than straight sexuality from the perspective of sexual politics. In homosexuality, the dynamics are more complicated. In straight sex, men are masculine and women are feminine. Men hump the women. (There is 'pegging' promoted by Cosmo magazine, but I doubt if many men and women indulge in such things.)
But in homo ‘sex’, the dynamics gets twisted and complicated because the one who gets bunged can turn around to bung the guy who bunged him. So, homos have this blend of masculine aggression and feminine guile, which may account for their greater tendency toward nihilism, fantasy, and dangerous deception(like Matt Damon’s character in TALENTED MR. RIPLEY). Homos are not grounded in firm emotions of fixed sexuality. Their nature is inherently ‘disloyal’ and ‘treacherous’(which makes them useful to globalists who push disloyalty to race, culture, and nation) because a homo man betrays his role as a virile male and acts like either a girly fruitkin or machomo bunger of bungs. And a lesbian betrays her sexual biology and acts like a man whose idea of ‘sex’ is grinding her pooter with pooters of other women. Among straight men and women, it is the men who always humps the women. Straight men are faithful to their biological purpose. They got dongs & balls and use them to penetrate and impregnate straight women. And straight women seek out men and play the role of wife and mother. Men do manly things & women do womanly things in the straight world. It's about essential duties and loyalties. 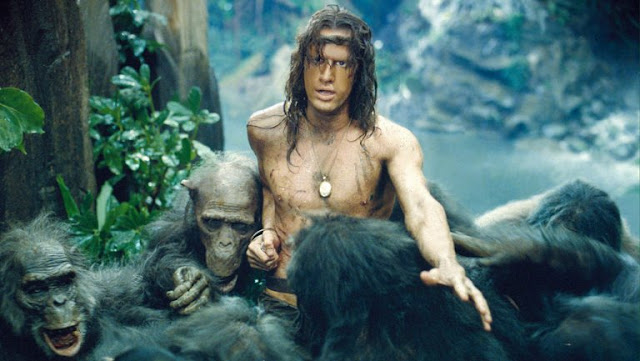