Ziad Ahmed Revisited -- Jews, Muslims, and the Politics of Holiness 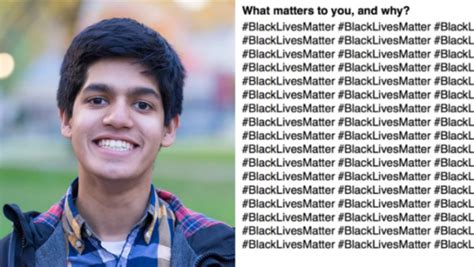 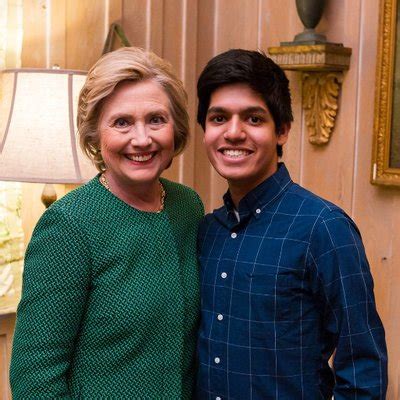 Ziad Ahmed wrote 'Black Lives Matter' 100x times on his application essay and was rewarded with admission to Stanford University, beating out other applicants who took their essays seriously. (Stanford's act of 'social justice' was clearly a case of corruption whereby worthier candidates were passed over in favor of the trendy virtue-signaler. How ironic that justice, which is supposed to defend fairness against corruption, is utterly blind to its own corruption of favoring the correct over the credentialed. Worse, the fact that there was no real effort to challenge Ahmed's undeserved admission indicates that America is not only increasingly corrupt but utterly craven. Apparently, blacks are holy and magical. That being the case, it wouldn't be good sport to reverse the admission of a kid who wrote BLM a 100x, right?)

Anyway, does Ahmed's fame(or notoriety) signal the rise of Muslim power in America? Are Muslims prepped to join and ultimately challenge Jews for the mantle of American 'Liberalism'? Should Jews be worried?

No, Jews need not worry about his ilk since he is a Bangladesh Muslim whose beef is with Hindus than with Jews in the Middle East. He is a Safe Muslim. Even though all Muslims around the world pay lip-service to the plight of Palestinians, non-Arab Muslims really don’t care. (And even most Arabs don't much care since the main rift in the Middle East is Sunnis vs Shias than Muslims vs Jews.) That said, a Muslim is still a Muslim, and Jews don’t like Muslims and vice versa.

The ONLY reason why Muslims have received some favorable coverage of late is because of Donald Trump. In order for the US to continue with the INVADE policy(military intervention and proxy wars) in the Middle East, it must mask its imperialism with Humanitarian gestures of INVITE(taking in 'refugees' with shows of 'compassion'). So, when Trump endangered the policy of INVITE, he also endangered the policy of INVADE, and that enraged the Supra-Semites(Jewish Supremacists) who want perpetual wars among Arabs/Muslims to further hegemonic Israeli interests. US makes a show of offering a helping hand to strike with the other hand holding the hammer.

Now, surely many Muslims see right through the duplicity of the Supra-Semitic US foreign policy. They most certainly understand how Jewish-controlled foreign policy is messing up Muslim nations. So, why are so many Muslims, abroad and in the West, allied with Jewish-Zionist globalists? Because for many Muslims, their main hope is gaining entry to the good life in the West, not some high-minded principles about protecting Muslim nations from neo-imperialism emanating from the Zionist-controlled US. So, even though Muslims detest the brutality of the INVADE strategy, they much appreciate the INVITE policy(at least for themselves and their close ones) and therefore are opportunistically allied with Jews(who are behind the US foreign policy of using Saudis, Turks, and Qatar to undermine Syria).

Even so, there is no real love for Muslims among Americans, not even among Progs addicted to Virtue Vanity. Muslims are just political pawns(against Trump) for Progs and globalists to toy with and feel good about. (The Jewish way is to attack Trump as a 'xenophobic racist' for his wariness about mass immigration-invasion from the Muslim World but then to pull the strings to effectively silence and strangle the BDS movement calling for justice for Palestinians still struggling under occupation. Perversely enough, Jews in the UK are freaking out about close ties between the Labour Party and Muslim groups. Jews pressured the UK to take in all those African and Muslim immigrant-invaders and refugees. But because the plan didn't pan out as Jews wished when the White Left made common cause with Muslims who loathe Zionism, the very Jews who'd admonished the UK into taking in all those Muslims are now throwing tantrums about how Jeremy Corbyn is overly sensitive to the concerns of Muslims against the supremacist interests of Zionists. In a nutshell, Jews had intended to use non-whites against whites in the UK, but Corbyn's alliance of the White Left with non-whites & Muslims against the Zionist strange-hold over the UK is making many Jews go batshit crazy.) The proof that White Progs feel no special love for Muslims was quite evident when most Progs said nothing and did nothing while Obama-Hillary team was destroying Libya(with no-fly-zone air war) and Syria(by working with allies to undermine Assad). Well well, so much for their ethical concern for Muslim lives!

Now, this Muslim kid Ziad Ahmed surely has an inkling(even if only subconscious) of how the political-moral game is played in the West. That is why he ran with BLACK LIVES MATTER than MUSLIM LIVES MATTER(even though countless more Muslim lives have been destroyed by the US war machine than blacks were killed by American Police).

Despite all the PC talk of equality, some groups are more equal than others in Western Political Morality. Notice how Mandela the Negro is revered while Arafat the Palestinian has been disappeared down the memory hole in the West. (Also, notice how Israel touts the memory of Mandela, as if to own him, when, in fact, Israel was the main ally of apartheid South Africa and currently practices apartheid against Palestinians in the West Bank.)

Certain groups are designated as holier by the sacraments of PC. So, to gain political advantage in the US, your people need ethno-consecration via association with officially recognized holy groups IF your own group is deemed unholy, uncool, or unimportant.
If you’re black, Jew, or homo, you are holy and justified just for being what you are.
But most racial/ethnic/cultural/religious groups mean little or nothing in America. So, in order for them to gain the aura of righteousness, they must associate themselves with one of the holies. Their own group must be presented as being in good graces with one of the Holy Three, or their own cause/interest must be shown to reflect or further the prestige and authority of the holies. (So, Ziad Ahmed went with BLACK LIVES MATTER than SAVE CHRISTIAN ARABS FROM US IMPERIALISM.)  Trump  also played this card by hugging blacks and flattering homos as people for whom he feels special consideration. He said he wanted to vet Muslims to protect homos, a holy people. He said he wants to limit immigration to help them Negroes in Detroit(who are being out-competed). And of course, Iran must be destroyed to save those poor poor Jews in Israel.

In the US, you won’t gain much if you belong to a non-special people. Also, your cause or movement doesn't mean much if you express sympathy for a people who are not of the Holy Group pantheon. For instance, so many Christian Arabs have been brutalized or killed since the Iraq War. So many lost their homes, so many got raped, and so many were exiled. It’s a sad story. But they are ignored and passed over because they are deemed a Holy People; the Glob-Homo Media all but ignore them. (Jews hate Christian Arabs because the latter rely on secular Arab leaders like Assad for protection.  As Assad is allied with Iran and Russia -- nations hated most by Jews -- , Jews hate Christian Arabs who support him.) So, it doesn’t matter how much you champion the plight of Christian Arabs. No one listens and no one cares. Also, it has long been political poison in the US to champion the cause of Palestinians because doing so offends the Jews, the holiest of the holies. So, despite all the injustices suffered by Palestinians, there's been either silence or compliance with Zionism as the supposed 'outpost of Western values'.
The reason why the GOP cuddles up to Zionists is because white gentiles lack autonomous holiness and therefore need to rub themselves on Jews for some holy static. Groups without holiness are like men suffering from scurvy who crave fruits with vitamin C. Likewise, the non-holies rely on the holies for doses of sanctimony and righteousness.
The service is costly. It's like Russia, a non-holy nation by canons of globalism, must associate itself with Chabad Jews to obtain and stockpile its supply of holiness. (Given Russia's great sacrifices and suffering in WWII and its victory over Nazi Germany, you'd think the Russian Brand would be blessed with eternal holiness. But the globalist narrative is controlled by Jews who have denied this aura to the Russians. So, political holiness is less about real history than who gets to spin history.)

Jews, homos, and blacks are designated as holy, so they don't need to rely on others to feel justified and righteous. But, a people who aren’t one of the three must associate themselves with one or all to earn moral pokemon points. And that is what Ziad Ahmed did. Black Lives Matter indeed.
at September 06, 2018