The Problem with "Affirmative Action" and Jewish/White Liberals. 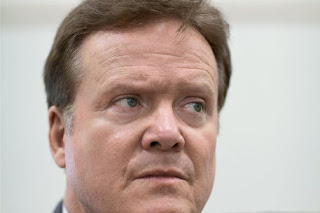 Though white people are more likely to oppose 'affirmative action' than non-white groups--for obvious reasons--, it's also true that many affluent white and Jewish liberals support the program. This may seem counter-intuitive since 'affirmative action' is meant to combat 'white privilege'. So, why would the most privileged members of the white and Jewish community support something that would hurt them? One gets the sense that affluent/privileged white and Jewish liberals are so good-of-heart and compassionate, so selfless and well-meaning, that they are willing to undermine their own privilege, power, and interests to help out non-whites. And indeed, powerful and privileged white and Jewish liberals often couch their arguments in those terms. They berate white conservatives for being heartless and uncaring whereas they themselves are supposed to be so 'inclusive' and concerned for the plight of 'underprivileged' minorities.

But if one looks at the picture more closely, the dirty secret as to why affluent white and (especially)Jewish liberals support 'affirmative action' is because the program sacrifices middle class, lower-middle class, working class, and poor whites in favor of powerful and privileged whites, especially Jewish liberals and neocons(which is why neocons also don't want to mess with the program).

Among non-white groups, 'affirmative action' tends to favor the lower classes over the upper classes, but among whites, the system is geared so that less privileged whites have to pay the burden of 'white guilt' and 'white privilege' while affluent whites and Jews(especially liberal ones in urban areas) with all their money, connections, favoritism, and politically correct status symbols are cruised into top positions.
This is especially true in regard to Jews as long as they are categorized as 'whites'. Since Jewish IQ is, on average, considerably higher than that of other peoples, they are affected less by 'affirmative action'. The main victims of 'affirmative action' are whites who do better than blacks but worse than Jews. So, if a poor white person gets a score of 100 while a rich Jew gets a  score of 110 and a black person gets a score of 90, the Jew(on meritocracy) and black(with 'affirmative action') will be admitted while the poor white will be excluded. But the Jew, in supporting 'affirmative action' will take the credit for his big-heartedness though it was the poor white who had to pay the price of 'white privilege'. And if the poor white complains, the Jews who control the media will label him as 'racist', 'greedy', 'odious', and 'noxious'.

Also, it should be obvious to all whites that Jews are really their #1 enemy.  Just about every policy or program that is bad for whites can be traced back to Jews. And Jewish takeover of the GOP has been bad, indeed it's been a fatal alliance that prevents white conservatives from honestly discussing Jewish power lest they offend their 'Jewish friends'(whose only reason for their 'conservatism' is to win conservative support for Wall Street Jews and Israeli Zionists).

The problem is that white conservatives have been anti-'affirmative action' for so long that they can't conceive of working it for their own interests. They simply want to get rid of it. That would be nice, but if you can't get rid of something, you have to work with it to your advantage. It's like if you're blind in one eye, and that blindness is permanent, you must learn to work with one eye than hopelessly dream of getting sight back in that eye. If 'affirmative action' is here to stay--and it seems that way--, whites must re-engineer it to favor poor, working class, lower middle class, and middle class whites over privileged white and Jewish liberals.  Since Jews are the most privileged and over-represented people in elite positions, it's time white gentiles demanded that 'affirmative action' be made fair to boost more white gentiles to top positions.

For more insights into this issue, check the op-ed by Jim Webb in the Wall Street Journal.

Patrick Slattery's article in the Occidental Observer.
at November 07, 2012