Is Domitius Corbulo Right about Ethnocentrism Being 'Normal and Rational'? 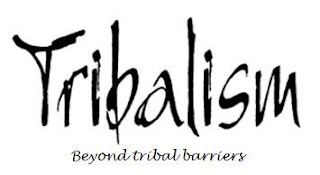 "Ethnocentrism is normal and rational"

This is a rather specious argument. What the study shows is that 'ethnocentrism' is normal and IRRATIONAL, i.e. irrationalism is the natural mode of living organisms.  And why should this be surprising?  Humans evolved from lower forms of life, and life has existed since its very inception in a dog-eat-dog world(even before dogs evolved).
Animals cannot survive in the wild if they have to THINK and REASON about what to do; they simply don't have the reaction time. They must do it by instinct, often in a fight-or-flight way.
A prey can be killed by a predator in an instant. One wrong step or move can mean death. So, animals have to live by scents, sounds, sights, movements, and the feel of things. Thinking and reasoning are luxuries. If a deer saw a cougar and began to philosophize about what to do, it would be dinner. For the deer to survive, it must spot the danger and instantly flee without thinking.

Of course, animals do 'calculate' and 'gauge' things, especially unfamiliar things, but they do so with a great deal of anxiety and trepidation--'irrational' feelings.
What this shows is that irrationality isn't the same thing as being 'crazy' or 'demented'. It can mean instinct over intellect, and instinct for spotting danger(especially among unfamiliar things) is natural among organisms. This is why most species of animals cannot form into large groups. Wolf packs distrust other wolf packs. Lion prides war with other lion prides.  One ant colony will fight another ant colony, even if they are of the same species.

The natural mode of man has been tribalism. This is why, for most of human existence, there were no nations or empires. Instead, there were countless warring tribes divided along blood lines. The natural state of Europe wasn't nationalism but family-tribalism, something like the Hatfields vs the McCoys. For most of European history, countless white tribes fought other white tribes.
African societies are still like this, which is why blacks cannot form functional nations in Africa. Each African nation is divide along tribal lines, and some nations have 1000s of tribes.

Europeans were able to create larger societies by transcending the narrow confines of tribalism and kin-ism. And indeed, Northern European nations achieved this more than Southern ones like Italy(especially Southern Italy) and Greece, which is why Southern Europe has had more problems of social distrust; dishonest and clannish Greeks or Italians will still favor their own family-tribe over others against ostensibly commonly held principles.

But too much of a good thing is a bad thing. While it was good for Great Britain and Germany to form larger nation-states with social consciousness that transcended narrow familial-tribal-clannish loyalties, things began to fall apart when this principle was applied to all of humanity. Every idea has a useful limit, and too much of something is never a good thing. It's like it's a good idea to add salt to cooking, but that doesn't mean you should pour in as much salt as possible.

The main thrust of this article seems to be, "since mankind is naturally meant to be 'racist', 'racism' is a good, normal, and rational thing."  It's a weak argument. Something isn't good simply because it's natural. After all, man is naturally meant to be lazy. So, should we be lazy? Man is naturally meant to be vulgar and crude. So, should we be vulgar and crude?  Naturally, many men are born to be would-be-rapists. It's the natural way for men to roam and go on the 'cunt-hunt'. But that doesn't mean men should go around raping. And it could be shown that men are natural thieves. Why not? All animals--gorillas, lions, hyenas, bears, wolves, etc--are.  They steal as much as they can. Animals steal all the time, and the natural mode of man is also to take and steal as much as he can. But if we all acted naturally, civilization would fall apart and we would return to barbarism. Blacks are the most natural people in the world--sexually, criminally, emotionally, musically, etc--, but they create the most unlivable communities.

Speaking of rationalism, we need to use rationally gathered facts and rational arguments to defend white interests. Rationally speaking, the two main threats to whites come from Jews(who are smarter and more aggressive) and blacks(who are stronger and more aggressive).
Jews are feisty and vengeful, witty and intellectual. They work together to undermine white majority power. And blacks are muscular, tough, and fast. And they are filled with macho rage and look down on white males as 'faggoty white boys'. And blacks lust after white women, and white women are increasingly turned on by jungle fever because it is the natural mode of women(of all races) to be impressed and seduced by more macho males with bigger muscles, taller heights, tougher voices, and bigger sexual organs.
It is also natural for smart people to be attracted to smarter people, and this explains why so many smart white people are impressed and worshipful of smarter Jews who dominate culture, ideas, academia, and media.
Thus, there isn't a single form of nature, but many kinds. Some are for us, some are against us.
at November 07, 2012