The Problem of Intellicism, or Faux Intelligence by Association. 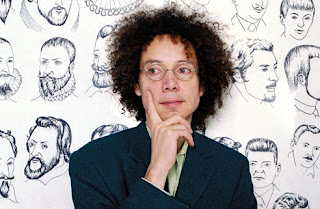 Intelligence is a much admired commodity in cultural circles. Though it is the biggest agent of inequality in society, even liberals and progressives who profess to be for equality love intelligence. Indeed, they take pride in being more intelligent than conservatives, even insisting that the difference is grounded in genetics, i.e. those with 'conservative genes' are less intelligent than those with 'liberal genes'.

Whatever the nature of intelligence may be, there is true intelligence and fake intelligence; there are truly intelligent ideas/statements and not-so-intelligent ideas/statements. Of course, something doesn't have to be true to be intelligent. Many brilliant scientists were brilliantly wrong about lots of things, and indeed science is a means by which intelligence hopes to arrive at the truth by the way of mistakes. Though intelligent  people can be wrong--due to misguided theories(however brilliant) or limited availability of data--, intelligence is a key factor that eventually allows intelligent people to arrive at the higher or deeper truth. Of course, intelligence alone can't accomplish this. It has to be intelligence wedded to courage, honesty, and integrity. Intelligence, after all, can just as easily be used to deceive, disguise, and trick people. Magic tricks and con-man tricks require intelligence, but that doesn't mean they express, reveal, or demonstrate truth. Advertising is run by intelligent men, but it's an industry of manipulation. And Bernie Madoff is no dummy, but he used his considerable intelligence to rob and rip off so many people--especially with the protection of his Jewish friends and enablers, that is until they had to throw him under the bus in order to save the bigger Jewish sharks on Wall Street.

Anyway, while there is genuine intelligence in search of genuine truth, the perception of intelligence isn't the same as the reality of intelligence. Untrue and unintelligent things can be perceived as being intelligent by the trickery of association and hype. This is a problem across the political spectrum. Among Christian conservatives, many are fooled by Creationism because of the 'intelligent'-looking 'scientific' package it comes in. Of course, most smart people are not impressed by any of this, but if you're a dumb conservative Christian, a Creationist 'science' display or book may impress you as being 'intelligent' and factually true.

But, the bigger problem of intellicism--the perception of something as being intelligent by association or hype--exists among liberals. If most smart conservatives are embarrassed by stuff like Creationism on their side and don't take that stuff seriously, many smart liberals are genuinely taken in by intellicism on the Left. Consider the bogus science of Stephen J. Gould. Though the man was a fraud, his association with Harvard, the hype by the Jewish-controlled media, and the fawning attention he's received from respectable people made his fraudulent ideas seem very 'intelligent'.
Another liberal who has gained tremendously from intellicism is Malcolm Gladwell, whose ideas are mostly embarrassingly bogus. But, he's been associated with fashionably sophisticated magazines like New Yorker, and he's been feted and honored by intelligent elites in NY and elsewhere. Therefore, even many smart liberals who ought to know better think Gladwell's ideas are full of brilliance and insight when, in fact, most of them are wishful fantasies of a fraudster.

Another problem of intellicism is the notion that liberal = intelligent. In fact, even if your average white liberal may be smarter than your average white conservative, the fact remains that most liberals aren't very smart. But they think they are smart simply because they are 'liberal'.
And since the not-so-smart liberals notice that very smart liberals support stuff like 'gay marriage' and 'open borders', they think espousing/embracing such issues and policies are truly intelligent and make them 'more intelligent by association'. But, this is really unthinking intellicism. Most liberals--who aren't very smart--came to embrace stuff like 'gay marriage' NOT BECAUSE they gave it much thought but because they came to believe it is the 'intelligent' thing to do. After all, the intelligent liberal elites seem to be pushing it.  How can such intelligent people be wrong? Thus, 'intelligence by association'.

As for James Watson's remark about black Africans, it doesn't matter if it's true or not in the liberal community. The fact is MOST intelligent people denounced him(for whatever reason), and therefore, his views came to be deemed as 'dumb and stupid', even though Watson has been among the most intelligent and more honest scientists in the world. As long as so many intelligent people denounced him, your average would-be-intelligent-but-not-so-intelligent liberal is bound to dismiss Watson's views as 'dumb and worthless' without any thought or investigation.

Liberals have this cachet of being 'intelligent', and this is why the liberal agenda has been such an easy sell to so many young people who want to feel insta-intelligent, or instelligent. Since real thought, real courage, and real integrity aren't easy to come by, they rely on intellicism and mindlessly agree with what the 'intelligent establishment' say. It's so much easier to be 'intelligent' that way.
at November 07, 2012