Why are the Ruling Rich and Radical Mobs on the Same Page? Both are in sync with Jewish Supremacist Power — Wall Street and Street Politics are Calibrated to serve the Empire of Judea — White Identity and White Consciousness lack unity, thus vulnerable to Jewish Manipulation 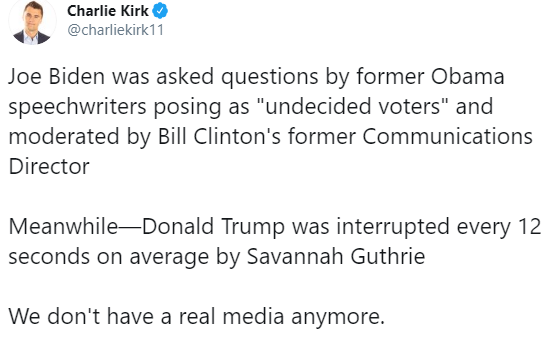 How phony the progs are? They had a chance to go with a different kind of candidate in 2020, especially with Bernie Sanders and Tulsi Gabbard. But not even grassroots Democrats were interested in peace-candidate Gabbard. And it turned out Sanders didn't have much support after all. So, who did they pick? Career insider Joe Biden.
At least there were sufficient elements within the GOP to choose a maverick candidate in Donald Trump in 2016(though he turned out to be a stupid ass). Democrats make such noise about being so 'progressive' and for change, but the best they can come up with are establishment shills like Hillary Clinton and Joe Biden. Obama got away with 'hope and change' thing, but anyone seeing through the hype could tell he was just another shill of the ruling class.

What does it say that both Wall Street and Antifa types are on the same page? How could super-rich capitalists and street radicals have anything in common? It goes to show that both the rich and the radical are controlled by Jews. Both Wall Street and Street Politics exist to serve Jewish Power. Wall Street means financial monopoly for Jews to rake in ever bigger bucks. And the politics of Street Theater is mostly Identity Politics designed to vilify and intimidate any sense of white identity and interests. If there was a true Left in the US, most of street politics would be aimed at the super-rich. There was a hint of that in Occupy Wall Street movement that directed its ire at the 1%, but what with all the globo-homo lunacy, anti-white invective, diversity-mania, and BLM nuttery, the so-called 'left' has mainly been obsessed with smoking out and punching 'nazis', or uppity whites.
Rich Jews would fear the real left because Jews are the richest people in the US. The most privileged and most powerful. True Leftism would direct its energies against the richest and the most powerful. It would wage war on corruption at the top, and we know Jews are very corrupt. True leftism would be threatening to Jewish Power. In the past, many Jews were far from affluent. There were working class Jews and struggling Jews. And uppermost power was held by Christian Wasps. So, back then, there was genuine Jewish Leftism allied with the working class and the like. But why would today's rich ruling elite Jews want to wrestle with true leftism when they are so powerful, privileged, well-connected, corrupt, and 'made'? They benefited so much from globalism and 'free trade' that undermined the bargaining chip of the American Worker. Labor without nationalism is finished as the business class can access cheap labor abroad and import limitless supplies of new ones.
If there was a True Left, Jewish Power and capitalist oligarchs would be genuinely worried. But they happily ally with the existing 'left' because it's mostly bogus. It's not about the people or the workers. It's not about the people vs the elites. It's about BLM symbolism and Antifa nuttery, and both black rage and Antifa dementia are directed mainly at 'white supremacists' who don't even exist as a power. But then, in a culture defined by hysteria and sensationalism, anyone will do as a 'nazi'. So, Trump is 'literally Hitler'(when he's not Putin's Puppet), and anyone with a MAGA hat must be a 'white supremacist'. With a ridiculous 'left' chasing after fantasy KKK, why would Wall Street Jews fear the 'left'? If anything, it only does the bidding of Jews. Wall Street makes Jews richer, and 'leftist' street theater directs radical rage at white goyim.
Jewish Supremacist Power needs white identity/interests to be browbeaten if whites are to snuff their own agency/agenda and cuck to their Jewish masters. Even though Jews are at the very top and work in supremacist mode(not least in foreign policy that has destroyed so many lives in the Middle East and elsewhere), the so-called 'left' doesn't call out on Jewish Power but unwittingly does its bidding. Idiot 'left' hasn't a clue that Jews demean any whiff of white identity as 'white supremacist' in order to make guilt-ridden whites cater to Jewish Supremacism. Idiot 'left' is so dumb that it only associates 'supremacism' with whites even though the most supremacist group in the West is the Jews by far. Notice Chris Wallace never asked Trump to condemn the Jewish Supremacist policies of his administration. Wallace is fine with US favoring Zionists over Palestinians and any other bunch of Arabs or Muslims. Wallace's message is 'no white identity and pride so that whites will serve Jews, the only people deserving of pride and power.' The fact that Jews always cry about 'white supremacism' while whites never mention 'Jewish Supremacism'(and instead pledge to kiss Jewish ass even more) is the main reason for the demise of the white race in the West. It's utterly perverse. Jews, who not only indulge in shameless supremacism but compel whites to lend them support, have the gall to accuse whites of 'supremacism'. It'd be like Nazi Germans condemning Poles of 'Polish Supremacism' for not fully cooperating with Nazi domination of Poland. The fact of Nazi Supremacism made people overlook that Jews too were in supremacist mode. Nazis vs Jews was a case of supremacism vs supremacism, not supremacism vs humanism. (The problem with Alt Right idiots like Richard Spencer is they opposed Jewish Supremacism with their own supremacism than with humanism. Same mistake as with Hitler.) 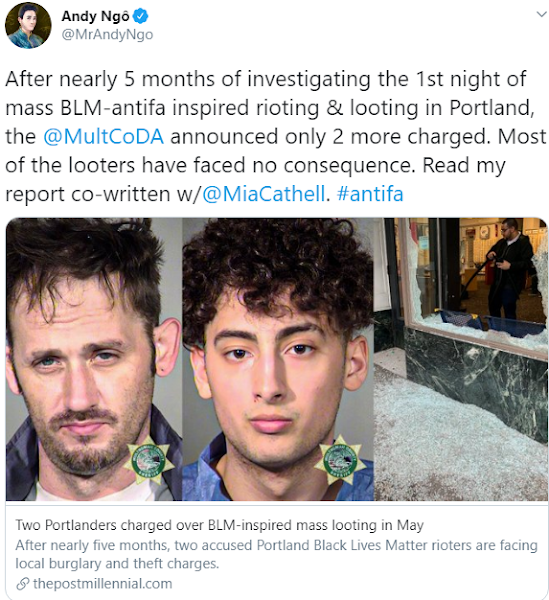 As for Trump Dementia among 'liberals' and 'leftists', it could be of two varieties. One is the shame of having been out-lefted by a 'Nazi'. According to the agreed-upon script, the Democrats are supposed to make noises about 'social justice' while Republicans are supposed to make noises about 'muh liberty'. Republicans are supposed to be about Big Money and the Military. Even though Democrats are just as much into money and war(if not more so), they are the ones who are supposed to make bleating noises about the 'little guy'. But then, Trump comes along and condemns the War State and blames Wall Street for selling out the US worker. It may have been just a ploy on Trump's part, but it embarrassed the 'left' who went along with Obama's cozy relations with Wall Street and his policy of more wars and destruction. Therefore, one reason for all this dementia about Trump is the repressed shame that the 'left' feels about its own betrayals. Imagine being out-lefted by someone like Trump and his MAGA 'rednecks'. How embarrassing that Trump and his 'white supremacists' are on the side of peace and the American Worker. But at least that kind of dementia owes to some degree of self-awareness even if repressed. It's about the difficulty of facing up to the shame of one's own betrayals.

But the other kind of dementia is just plain dumb. These are 'leftists' who genuinely believe in all the propaganda pushed by Jewish media moguls. They truly swallowed the Russia Collusion BS. They truly believe Trump is 'literally Hitler'. They really believe that MAGA people are KKK and Nazis. When Jews scream 'Nazi', they know they're lying but do it to control the minds of stupid whites, and most whites are stupid(as are most people everywhere). Jews made sure there's a difference between white identity and white consciousness. With Jews, identity and consciousness are one. Jews are proudly conscious of Jewish identity. "I'm Jewish, and that makes me feel wonderful and proud." In contrast, Jewish Power insists that white identity is evil, and ONLY white consciousness is permitted. As white consciousness is separate from white identity, it cannot be about white pride or white interests. It must be about white conscious awareness of all the guilt, shame, atonement, redemption, and obligations that whites must weigh every day of their lives in order to be Good People. This is why the Sailer Strategy cannot be very effective. If most whites were like Jews & blacks and had the unity of identity and consciousness, it could work. But too many whites have white consciousness severed from and at odds with white identity. So, their sense of whiteness isn't about "what is good for whites?" but "what can I do to be a good person?" And as Zionists control media and academia, the Jewish Hand molds white clay minds to be 'woke' and cuck to Jews, blacks, and homos. (Of course, even white 'liberals' and 'leftists' do act in self-interest. They want more money and good things in life. But the success must be only as individuals, never as whites. White consciousness may operate in the mode of "what is good for me?" and "what is good for the holy three of Jews, blacks, and homos?" but never of "What is good for whites?" This is why so many rich and successful whites are anti-white. They succeeded as individuals, but they feel offended by the notion that their success or power has anything to do with white identity or interests. Therefore, Sailer Strategy would be most offensive to their white consciousness.) 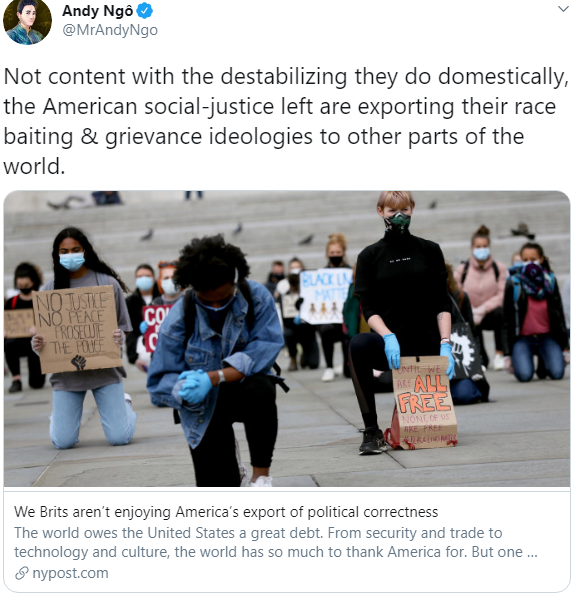 Even though Antifa and BLM mobs have done their share of damage to blue cities and posh businesses, the ruling elites don't fear them in the long run. Unlike the Labor Movement that had real legs and shaped American Politics/Economics for generations, BLM and Antifa actions are come-and-go. Blacks riot now and then, but there is no concerted effort to riot all the time. And Antifa will have their fun and then go home to take a shower and watch TV. It's like a hippie happening. Too immature, disorganized, confused, and ridiculous to coalesce into a real movement and power bloc. As such, they mainly have symbolic value. Big Corporations and Deep State wave the BLM banner and support Antifa to direct the politics of rage away from Big Money toward 'racists' and 'rednecks'. If anything, super corporations can claim to be on the side of angels because they fund BLM and bless Antifa. And Jews love it because BLM and Antifa blame 'white supremacism' for everything. They serve to browbeat whites into moral shame and compliance, and white cuckery is most useful to Jewish Supremacism.
It's also an extortion racket. Jews are hinting to white people, "Unless you give us what we want and do as we command, we will keep unleashing violence in the streets and carrying out inquisitions in the work place." If whites had sense and courage, they would call out on the Jews, but they don't. Indeed, even Trump and his MAGA minions are always sucking up to Jews EVEN THOUGH Jews are the main force behind anti-white hysteria. So, if you can't push back against Jews, you must bow down and give them what they want to have any return to modicum of normality. 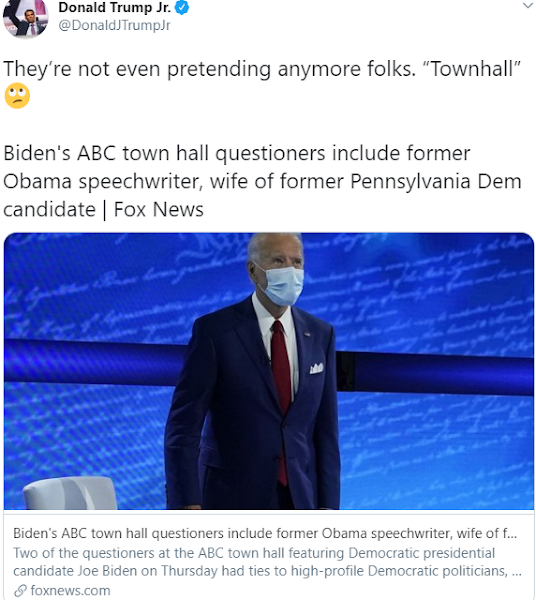