The So-called 'Left' should be called 'Tri-Supremacism', that of Jews, blacks, & homos — Difference between gangster Russia of the 1990s and the US(and West in general) today — Uselessness of the GOP now that Elites can get Material Greed and Moral Vanity in one bundle from Neo-Liberal Democrats 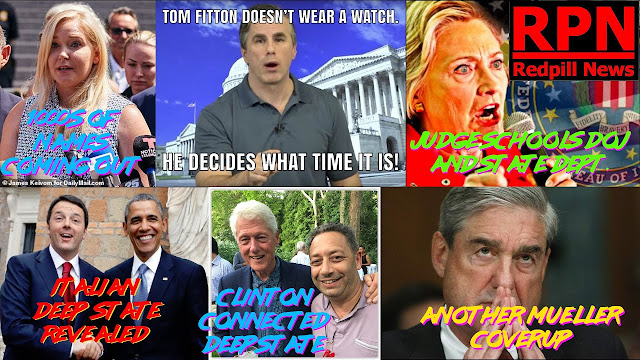 This Coming Leftist Coup Could Backfire—Like 1991 In Soviet Union by WAYNE ALLENSWORTH:

Why call them 'leftist', thereby giving them undeserving credit? The current PC is about Tri-Supremacism, that of Jews, blacks, and homos. No one else matters. Some idiot black criminal, Fentanyl Floyd, died of OD under police custody but became big, big news and we must hail him to high heaven; even Donald Trump was compelled to join the chorus. But all those people attacked and even killed by black mobs didn't count. All those whose properties were destroyed by blacks have been ignored. Blacks have the right to riot, at least when Jewish Power gives the go-ahead. Even though blue cities were attacked by BLM &amp; Antifa mobs and black looters, most white urbanites are still firmly on the 'progressive' side. They feel it's their 'spiritual' duty. Homos are above the law. They spread HIV and caused myriad problems, but we are to weep for them as hapless victims and celebrate sodomy in traditional houses of worship. And June is the crazed 'gay pride' month, with the most powerful industries and institutions all flying the homo flag as the main symbol of 'global values'. All these yrs, what did we see in public spaces but 'gay' flags and BLM signs? (They serve as 'passover' markings for corporations to be spared from the ire of Political Correctness.) And of course, the Jews! The big kahuna of the New globo-homo Order. They get away with everything. They make sure the US favors Zionists over Palestinians and Israel over Iran even though Jews occupy Palestinian lands and Israel has nukes but Iran doesn't. Jews insist on Jewish Supremacism as default US policy but constantly berate whites about 'white supremacism'. Goy whores of both parties deliriously chant "Israel is America's greatest ally" at AIPAC rallies.

The 'woke' order is about supremacism of three groups: Jews, homos, and blacks. White cucks and non-white idiots are told to rally around those three holies. They themselves don't count. If the US is really leftist and cares for the underdog, why is there NOTHING about BDS and Palestinian Lives Matter on the so-called 'left'? There are grassroots elements on left and right that condemn Zionist Supremacism, but their voices never make it to the top. Most Democrats consent to blue states/cities shutting down BDS. Trumpers howl with approval when Trump pledges more support for Israel while dumping on Iran and Palestinians EVEN THOUGH Jews hate white American populists even more than Arabs and Muslims.

So, we need to start by STOP calling the current Western Power 'leftist'.  Stop giving it the credit it doesn't deserve. It should be called 'Tri-Supremacist', and Tri-Supremacism dominates elite discourse and dogma. It will also raise consciousness among most non-white groups that Jews, blacks, and homos are favored over them.

In Russia, the Left actually did its part in bringing down the Yeltsin-Jewish-oligarch system.  The Communist Party opposed the gangster-capitalism and could have won the election in 1996 if not for Zionist-US interference. Later, Russian leftists joined with nationalists against the globalists.

The problem with the West is there is no real left anymore. The 'left' has been refashioned to celebrate the idolatry of Jews, homos, and blacks, thus Tri-Supremacism. So we should call it 'tri-supremacism' because that's what it is, and then, scales may fall from more eyes. Terminology matters. Call it 'leftist', and it gives the impression that progs are for 'social justice' when they're for idolatry of three supremacist groups. Just ask the Palestinians how much progs care about peace and justice for the underdog. Tulsi Gabbard took an anti-imperialist position, and she was totally ignored. Instead, most progs, under the influence of Jewish-controlled media, actually condemned Trump for trying to pull out of Syria and Afghanistan. They are aligned with the Deep State and military-industrial complex. And they embraced the ridiculous Russia-Collusion hysteria that would have made Joe McCarthy blush. 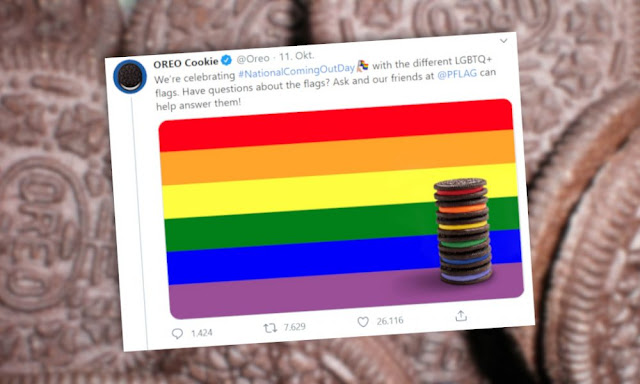 The difference between Russia in the 90s and US now is that, even though Jewish oligarchs gained immense power and wealth under Boris Yeltsin, they hadn't as yet transformed popular thought. As such, most Russians still thought in nationalist and socialist terms. Even though communism was bad for Russia, its one silver lining was the suppression of Jewish Capital. Capitalism has been the real instrument of Jewish Power as sky is the limit for gaining profits and privilege. Communism suppressed the rise of capitalist oligarchy. Also, communist nations tended to be more insular and conservative on social matters. And they were fairly patriotic because nationalism, like socialism, stressed unity and the collective over mere individualism. No wonder then that in the 1970s and 80s, the Soviet Communist Party tolerated Russian nationalists more than Russian 'Liberals'(many of whom were Jewish/Zionist) who looked to the West for all the answers. So, even though Jewish oligarchs gained super-power in Russia of the 90s, they had no popular support. Most Russians were in nationalist and socialist mode, and Vladimir Putin exploited this reality to consolidate power to the detriment of Jewish oligarchs. Also, as the economic plan of the 90s was so calamitous in a nation without social safety nets, many Russians faced destitution and turned against the shock doctrine of gangster capitalism and globalist 'liberal democracy', aka puppet government of the Zionist-run West.

But things are different in the West. As Jews have had control of media and academia for a long time, they managed to persuade great many folks that Tri-Supremacism constitutes the highest virtues and values of 'Western Civilization'. Howls of 'racism' means we must worship blacks as moral superiors. Sports and Pop Culture inculcated generations of white people with worship of blacks as idols of cool and badassery. Accusations of 'antisemitism' and endless Holocaust remembrance obligate whites to bless and obey Jews as their highest duty. And 80% of Americans think 'gay marriage' is a good thing. That means a huge number of 'conservatives' also feel that way. So, there is insufficient national-popular will in the West to push back against Jewish Power. Jews had the money and connections in Russia of the 90s but not the control of the Russian Soul. In contrast, Jews have such total control over what now constitutes 'Western Values' or 'American Exceptionalism' that even the American 'right' and populism couch their arguments in terms of 'We love blacks more' or 'We love Jews more'. And 'conservatives' have already come a long way to accept homosexuality and even tranny-craziness as something wonderful. Consider how the 'conservative' judge Gorsuch decided in favor of tranny nonsense. Whether 'left' or 'right', the basic premise in the West is Tri-Supremacism, i.e. "Our side is better because we suck up to Jews, blacks, and homos more than your side does." It's pure idolatry, not ideology.

Also, unlike bankrupt Russia of the 90s, the US and much of the West have an effective social safety net system. Maybe this won't last forever, but no one in the US starved even during the 2008 financial debacle and bigger mess with Covid hysteria. The problem even now is too much obesity. We've seen how even when the so-called 'left' loses to the so-called 'right' in the West, NOTHING changes. Brexit only led to MORE IMMIGRATION of non-whites and more PC censorship. Under Trump and Republican control of both houses, we only got more tax cuts for Wall Street, more anti-Russian/Iran hysteria, more sucking up to Jews, more sucking up to blacks, and more gay-gay-gay.

Words matter, and calling globalists the 'left' has been utterly damaging by lending the false impression, especially among the naive young, that the Jews, blacks, and homos stand for 'leftism' when they are in supremacist gangster-capitalist mode. And of course, Jews are in militarist mode as they push for more Wars for Israel. And as many blacks serve in the military, they are complicit in neo-imperialist ventures to destroy so many lives. Black generals and soldiers got blood on their hands. But where is the cry of 'Arab Lives Matter', 'Muslim Lives Matter', 'Iranian Lives Matter', 'Syrian Lives Matter', 'Yemenese Lives Matter'? There is only silence because the so-called 'left' is totally bogus. They only care about Jewish power, blacks ego, and homo vanity. Call it Tri-Supremacism. One dead lousy Negro Fentanyl Floyd matters more than millions of Arab/Muslim lives destroyed by Wars for Israel and their proxies. Republican Party is useless because Billy Boy Clinton in the 1990s merged Republicanism with Democratism. What animates elite mentality? Material Greed and Moral Vanity. In politics, material greed amounts to the freedom of capital to make more money; and moral vanity amounts to the perception of being on the side of angels, be it spiritual or social or whatever. No wonder that the ruling elites in Western History both hogged the wealth and hoisted the banner of Christ. Material greed and moral vanity.

But then, Clinton comes along and severs ties between Democrats and the Working Class. He signs onto 'free trade' and ramps up mass immigration of peon labor. And he deregulates Wall Street and hastens the rise of posh cities. Also, leftism is altered from Mayday to Gayday, which is great for the rich as homos love to cater to the powerful and privileged.

In other words, the Democrats could now offer both material greed and moral vanity to the elites. So, why would the elites need the GOP anymore? Elites got the bundle of greed and vanity in one package from Democrats. At this point, it's difficult for the GOP to offer even MORE GREED to the elites as the elites have done so well under 'Neo-Liberalism'. Didn't Obama bail out the banks? Aren't Hillary and Biden the darlings of Wall Street? With the Democratic Party, the elites can make super-profits and make symbolic gestures with homo flags and BLM signs.

GOP has a future if it becomes a genuine populist party of the have-lesses, but Trumpism proved that's far from doable. So, it's better to get rid of the party. Its only impact is to divide the white vote along false dichotomies of 'left' and 'right'. US would do better as a one-party system where all Republicans become Democrats and form alliances with saner groups against the elites, especially the Jews.

THE DAY OF RECKONING HAS ARRIVED BY Black Pigeon Speaks
at October 19, 2020