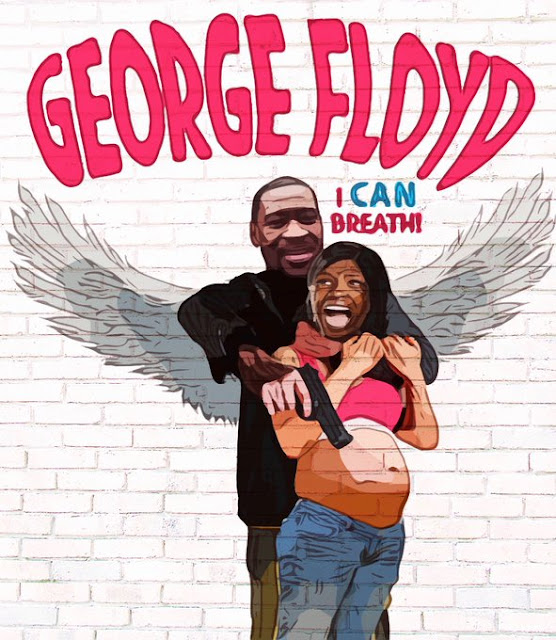 All this lunacy about Saint George Floyd!

The current reality resulted from the fading of the balance between SAY and SEE, especially as the SAY was used as cover to push against the SEE.

Ever since the Civil Rights Era, politicians and prominent people have been SAYING good things about blacks. The SAY was pro-black.

But what did people SEE in their everyday lives as years passed? Rise in black criminality and pathology. And things got worse and worse. Also, the boomers, the biggest generation ever, were so busy yapping against the evils of the older generation that they were, for a time, oblivious of things falling apart.

Still, precisely because the SEE was so at odds with the SAY(that hadn't gone totally PC back then, i.e. blacks were praised but not yet 'sacralized'), many people(even Liberals) had some sense of actual reality. They heard and said the SAY but they could SEE what was really going on. They heard from their friends and families about black crime, or they experienced it first hand. Even if not victims of crime, they could SEE the rise in grime.

Finally, the boomers got in control of things. Since they had 'moral cred' as the 'progressive counterculture generation', they could do things that would have been condemned among the older generation. (It's like Richard Nixon could go to China and make deals with the USSR because of his anti-commie credentials.) Especially beginning with Billy Boy Clinton, the boomers decided to counter Big City crime(that was especially damaging to Democrats). They pushed back against what what they could SEE, which was mostly black thuggery and violence. (As Jews came to elite dominance as boomers, there was the Jewish angle as well. Jews could get away with more stuff as they had the 'holocaust' shield.)

But even as boomer elites began to clamp down on the SEE, they kept with the same SAY. Actually, they pushed the SAY even harder. Blacks went from objects of sympathy/reverence to those of worship/sanctity. There were two reasons for this. Boomers came of age during the Civil Rights Era that defined the times. But on a more cynical and opportunistic level, it was a means to cover up their war on the SEE, which was too much black crime. If Clinton and NY-ers were to get tough on black crime, they had to mask their tough 'racist' actions with endless paeans to black holiness. (Another problem was the rise of rap culture, or the idolization of black nihilism. If black thuggery was once seen as a bad thing, rap culture made it 'cool'. SWEET SWEETBACK was a cult thing in the 70s, but such became the mainstay of American culture in the 90s. If THE GODFATHER made Italian-Americans idealize mafia patriarchs, Rap culture led to black and white kids idolizing street punks.)

Still, because the War on the SEE was carried out for real, crime did plummet in places like NY. And even in other cities where black crime remained problematic, the downtown areas improved markedly and became safer than ever. Areas once depressed in value with black housing projects became gentrified and among the priciest places on Earth. The best parts of the cities, the downtown areas, sprung back to life. The war on the SEE worked. Yet, the SAY not only remained pro-black but even more so. The more the whites, Jews, homos, and immigrants pushed out blacks, the more they claimed to worship the Magic Negro and Badass Bro. 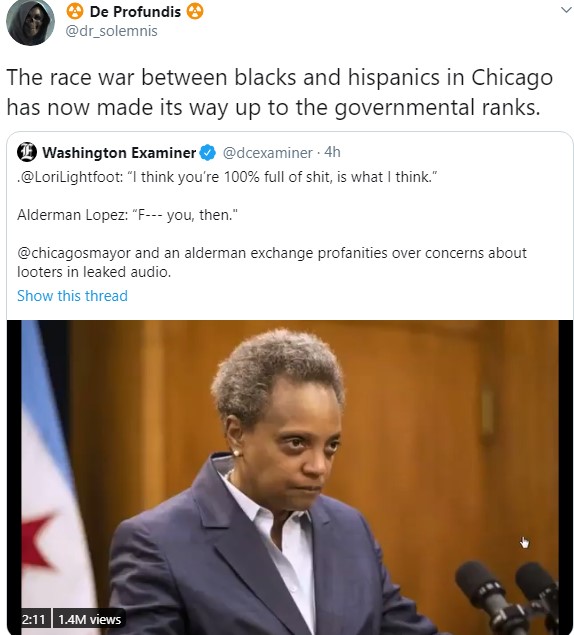 No one quite realized what kind of impact this would have on the younger generation of Americans, especially affluent urban whites. Millennials lived in a far safer and nicer world due to the war on black crime, but for that very reason, they experienced less of raw urban reality as counterbalance against the indoctrination of the SAY.
Earlier generations also heard the SAY but witnessed and experienced the SEE. Just like people in the Soviet Union heard the holy SAY about the glories of communism but could SEE that the shelves were empty, it used to be that many Americans understood the SAY to be largely BS as they could SEE so much black pathology in big cities.
But among the Millennial privileged in big cities, there was far less SEE to prick the bubble of the SAY that became ever more obnoxious with 'wokeness'. Or, even if some Millennials did experience black thuggery and crime, they were so enamored of the black rap gangsta idol that they cucked before black violence than get angry about it.

And so, we have the current paradox. Younger whites in cities are so much better off because the boomers used the War on the SEE to drastically reduce black crime by means of incarceration, stop-and-frisk, gentrification, and immigration. But because they were raised with the SAY of black holiness, they became reverential of the very thing that had to be clamped down to make cities better. And as black crime was reduced to a considerable degree, there was less getting mugged-by-reality among Millennials to balance out the bogosity of the SAY. So, Millennials became yay to the SAY. 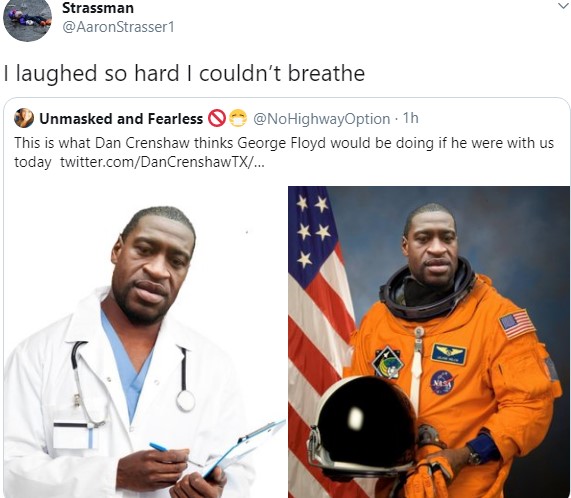 Some have compared the current nuttery to the Cultural Revolution in China, and there is one striking similarity. After Mao Zedong brought upon total disaster with the Great Leap Forward(that led to mass famines and tens of millions of deaths), something had to be done about Maoism to make the Chinese economy recover so that people could eat again. People during the Great Leap could SEE what was happening. Even Mao came around to admitting the Great Leap failed. So, Maoism was rolled back in action, BUT the SAY remained the same. Mao was still the wise leader, the great helmsman, the sun that rises in the East. There was less Maoism in action but still lots of Maoism as official ideology. So, even though the economy recovered by rolling back Maoism, the younger generation was nevertheless indoctrinated with the mythology of Maoism. At the very least, even the true-believers of Maoism during the Great Leap could SEE the result of its wholesale application. The brutal SEE countered and balanced out the official SAY. But by 1966, the Chinese economy had recovered enough so that the famines were over and forgotten. So, the young ones, who weren't starving, got the SAY but there was no SEE to warn them against Maoism in radical action. The result? The madness of the Cultural Revolution. (Now, we see that capitalists are just as capable of pushing their own brand of cultural revolution, but then capitalist have been smashing things for quite some time already. Jewish globo-homo capitalist vandalize churches and streets with homo symbols. Zionist capitalists also fund ISIS and other terrorists who've ransacked so much cultural treasure in places like Syria.)

In both the US and China, the SEE was rolled back but the SAY remained the same. Or worse, the SAY intensified even as the SEE was reduced. Blackness was praised in words while blackness was suppressed in action. Maoism was praised in words while Maoism was rolled back in action. One might think the anti-black and anti-Maoist actions would reduce the power of the pro-black and pro-Mao SAY. But the effect was the opposite. With less black crime, there was less mugging-by-reality to wake up the 'woke'. With no more Maoist famines, there was less starving-by-reality to warn young people of the dangers of radicalism. And so, China had to learn a second time of the dangers of Maoism with the loony Cultural Revolution, and the US has to go through the lesson of black pathology once again.

The lesson from all this is the Danger of saying one thing while doing another thing. Now, one might think this is a clever way to cover up pragmatic deeds with idealistic sermons, but once the deeds succeed, the bogus sanctimony of the words is less likely to be checked by reality.

For example, if an African tribe says hyenas and lions are noble while hunting them down to make the village safer, it will result in greater safety for the tribe as there will be fewer lions and hyenas. But it also means that the young tribesmen will revere lions and hyenas EVEN MORE because there will be fewer lions and hyenas to attack them and wake them to the dangerous reality of big predators. As such, they will condemn the elders for having killed the sacred lions/hyenas and welcome the big animals to the village... with grim results of course.
When the SEE is greatly reduced while the SAY is greatly vamped, the SAY will turn especially cancerous because the successful war on the SEE reduced the grim reality that once served as a check on the rosy sermons of the SAY.

The SAY has gotten so obnoxious that white progs aren't really moralistic. They are sanctimonious. They don't operate by moral reflection or reasoning in relation to reality. Rather, they are addicted to the sanctimony of worshiping their favorite idols. This is the obvious result of humanism being replaced by idolatry.

When the Word and the World are not in alignment, people who take the Word to heart act in ways that do harm to the World and then to themselves because Reality always takes revenge on those who push falsity. So, in the end, the World wins over the Word, but by then, so much harm had been done. So, it's better to use the Word in alignment and consonance with how the World really is. Good use of the Word guides people to act properly in the World. It's like good medical advice leads to responsible behavior that is good for health. But when the Word is bad in medicine, those heeding the advice will suffer in the World and make it a worse place as a World full of sick people is a kind of hell. Eventually, the physical suffering caused by bad Word will force people to change course in the World, but by then, they'd needlessly suffered because they'd blindly heeded the Word. Consider what the Word on Covid-19 did to the World Economy.

Eventually, the mindless promotion of Negrolatry will lead to a reaction because it is a biological fact that blacks evolve to be most violent, aggressive, and pathological. Indeed, worshiping blackness will lead to outcomes worse than worshiping Adolf Hitler, Josef Stalin, and Mao Zedong. After all, despite the horrors caused by communism and Nazism, none of them managed to, in the end, destroy German Civilization, Russian Civilization, and Chinese Civilization. But when white people take blackness to heart as the ultimate holiness, they are paving the way for the total destruction of the West. Why? Africans Africanize whereas Europeans Europeanize. As whites worship the false god of blackness and welcome more mass-migrations of black, the result will be the Africanization of the West. Then, it's Adios White Race. Then, even if whites finally realize the foolishness of the 'woke' Word, their World will be too far gone to be saved and restored. 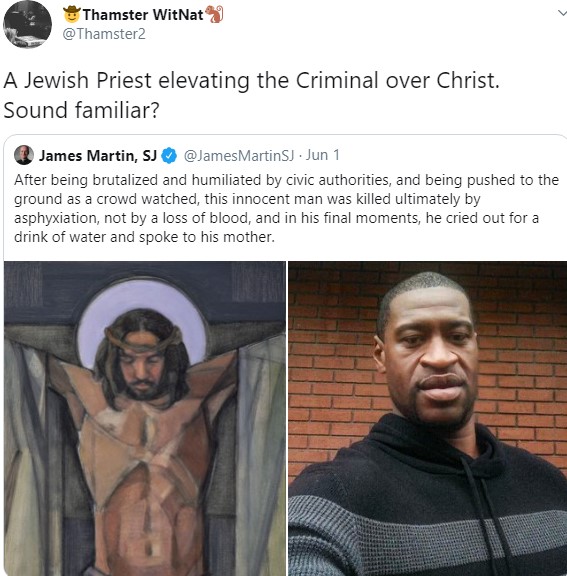