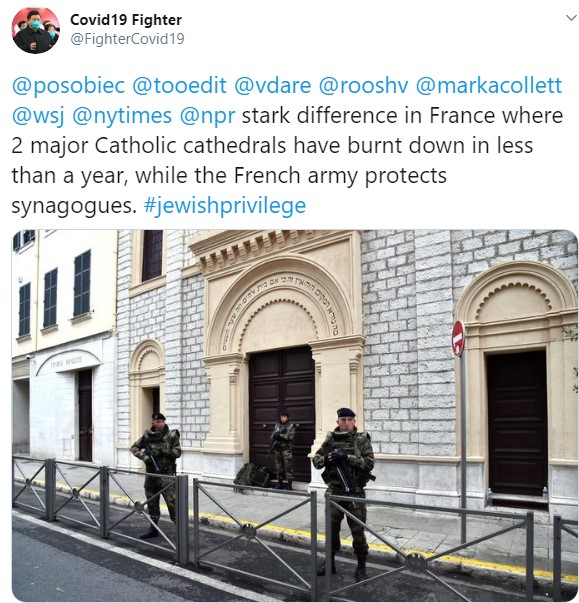 "Will Jews eventually figure out that promoting antiwhite hate is not good for the Jews?
Much hinges upon that question."

So, the future depends on the Jewish decision/agency, not the white one.

Why not ask instead, “Will whites eventually figure out that Jewish Power is hostile and not good for whites?” And then, act accordingly on the basis of that undeniable fact.

Why must the future depend on Jewish realization than on white realization? Why should it be a matter of Jews realizing they should stop hating on whites than whites realizing they should hate Jews if Jews hate whites? If Jews hate whites(as is abundantly clear by all signs), shouldn’t whites return the favor? It'd only be natural, that is if whites have pride and dignity.

The Jewish-White Question or JWQ prioritizes Jewish consciousness & interests over white ones. In other words, the implication is Jews should stop hating whites ONLY or MAINLY BECAUSE it’s not good for Jews. Never mind what it means for whites.
There is a better way: If something is bad for whites, whites should take action and fight back REGARDLESS of what it means for Jews, especially if Jews are leading the anti-white charge.

When Japan attacked Pearl Harbor, did white Americans ask, “Will Japanese realize that being anti-American isn’t good for them?” and pray for the Japanese to change their minds? No, Americans didn’t care what the Japanese thought and fought back. When Germany invaded Russia, did Russians think, “Hmm, will Germans realize that attacking Russia isn’t good for Germans?” and just hope for German change of heart?

Why should whites care about Jews when Jews not only NOT care about whites but are downright hostile to them? It’s more ridiculous than the ‘conservative’ case against Affirmative Action, i.e. it is bad because it hurts blacks. What about what it does to whites? Why must white interests always take the backseat to those of Jews and blacks and now others, such as ‘Dreamers’?

At this point, it’s about time whites realized that Jewish Power is hostile to them. Not all Jews are, and there are Jews like David Cole who want whites and Jews to bury the hatchet and get along, and kudos to them, but they don’t have the Power, no more than pacifist Japanese during WWII. It is about time that whites realized that Jewish Power(the only thing that matters) is virulently anti-white, and therefore, whites must stop caring about Jews.
If Jewish Power cared about whites, whites should care about Jews. It'd be give-and-take. But when it’s all take-and-take among Jews, whites would be stupid to care about what Jews think or whether it’s good for Jews or not. Your average Jew-of-Power has an attitude closer to that of Rob Reiner or Sarah Silverman than that of David Cole or even Dave Rubin. National Review came to the defense of Matt Yglesias, and his reaction was “Ewwwwwww, get away from me!!”

Do Jews plead with whites, “Don’t do such and such because it’s bad for you white folks”? No, they are hellbent on making sure whites do stuff that is bad for whites. Notice how all those Jews who signed the pro-‘free speech’ petition got involved ONLY BECAUSE their own kind was coming under pressure from the rage mob. They didn’t care one bit about all those ‘conservatives’ who'd gotten doxed and destroyed. 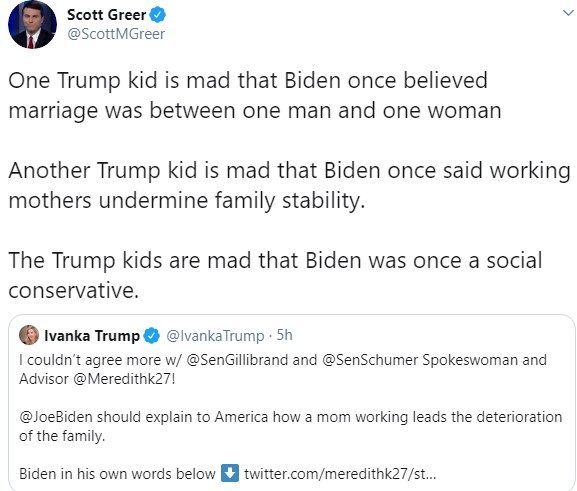 Ben Shapiro and Bari Weiss whine about the dangers of identity politics and ‘tribalism’ without any self-awareness. Or maybe they know and are just being devious cretins.
In fact, what is known as Identity Politics began with Jews. Contrary to popular belief, so-called identity politics isn’t so about tribalism as idolatry of certain groups. As such, it is more dangerous than tribalism that, at the very least, allows equal rights of identity & interests for each and every group. Tribalism is as old as the hills: My people, my culture, my heritage. If US were truly tribal and if each group prioritized its own interests, it wouldn’t be so bad. There would be a kind of balance. Indeed, imagine how fairer things would be if whites were tribal and cared about white interests and didn’t always intervene in favor of Jewish interests over Palestinian ones. In other words, whites would approach Jews and Palestinians on the basis of 'what is good for whites', sometimes favoring Jews over Palestinians and sometimes the other way around. But the Identity Politics of Jewish Idolatry means whites must be knee-jerk in their mindless support of Jews and Israel no matter what. It's great for Jews but bad for whites and terrible for Palestinians. The problem is whites are into the Identity Politics of idolizing Jews.

Identity Politics boils down to the demand that all other groups should revere, favor, serve, and idolize a certain group or groups over all else. Thus, it’s not even a fair kind of tribalism where each group gets to favor its own kind. Rather, one or few groups hog all the praise, adulation, and support. Instead of all groups being planetary in its gravitational pull, most groups must revolve around the greater identity gravitational force of key solar groups. Jews occupy the place of the sun and chose homos and blacks as main allies. All other groups are mere planets that must revolve around the Identity Politics of Jews, blacks, & homos. Notice there is nothing about PALESTINIAN LIVES MATTER even though the US war machine is far more racially hostile to Arabs than to blacks, a people actually adulated by US media and culture. 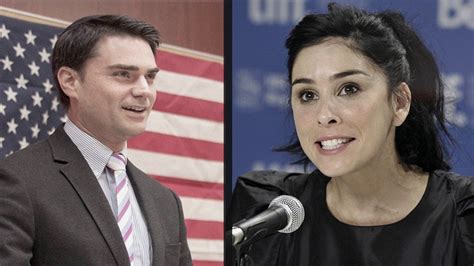 Jewish power is immense not only because of riches and institutional power but because other groups, especially majority whites, bend to its will. After all, Wasps once had great wealth and institutional domination but lacked the kind of power Jews have now because they were open to criticism and didn't demand Wasp-Worship. They were dominant but not holy idols for other groups to mindlessly revere and obey.
Even the emphasis on the Anglo-American Narrative was a compromise with non-Anglo groups. While non-Anglos would learn of Anglo-American achievements and respect Anglo-American giants and heroes, Anglo-Americans would in turn broaden the definition of ‘American’ to accommodate non-Anglos. Thus, Anglos and non-Anglos would merge into the big tent identity called ‘American’.

In contrast, Jews demand that all groups bow down to Jewishness, but Jewish Identity remains stingily particular and distinct, even downright exclusive. How can there be any compromise with such people? Sarah Silverman said Jews hate nationalism because it did harm to Jews. But if Jews had dropped their own ‘nationalism’ of separate identity long ago, they would have just merged and dissolved with other populations, the sea of common humanity, and then, there would have been no Jew-Goy tensions. So, what did she really mean? She meant all goyim must give up their nationalism so that Jewish nationalism alone can thrive and grow stronger. Compromise is impossible with such people.

Compromise means either all groups drop their nationalism or all groups keep their nationalism. But the Jewish Way is for Jews to keep their nationalism while goyim must lose theirs. It’s ‘heads I win, tails you lose’. It is supremacism, pure and simple. Also, mindless worship of Jews as Eternal-Holocaust-People has led to race-nihilism or the nihilism of power. As long as Jewish Essentialism is forever about the Shoah, everything they do, no matter how rotten, is justified or forgivable on grounds that they are the Holy Holocaust Tribe. So, even when Jews do grave harm unto others, whites cheer on the Forever Good Jews while turning a blind eye to their victims. Because Jews are the Holy Holocaust People, they can crush Palestinians, and if Palestinians resist, they are the 'nazis' and 'Anti-Semites'. Likewise, because blacks are Noble Negroes forever identified with American Slavery, even their violent rages are always justified, and never mind all the non-black victims of black thuggery and lunacy. It's Jews and blacks uber alles. Sympathy for Jews and blacks may have begun as moralism but it's since degenerated into nihilism... just like too many religious folks came to believe that all their aggressions and violence were justified as long as in the name of God, Jesus, Allah, or Muhammad. It's even more dangerous when people begin to worship other humans as godlike. Moral consideration for Jews went from denouncing white/goy supremacism to justifying Jewish supremacism, but as long as Jewish Power is cloaked in the banner of combating goy supremacism, its own supremacism remains camouflaged.

It’s time for Divorce between whites and Jews. Whites should think in terms of the Bob Dylan song: "

You say you disturb me
And you don’t deserve me
But you know sometimes you lie
You say you’re shakin'
And you’re always achin'
But you know how hard you try
Sometimes it gets so hard to care
It can’t be this way everywhere
And I’m gonna let you pass
Yes, and I’ll go last
Then time will tell who has fell
And who’s been left behind
When you go your way and I go mine