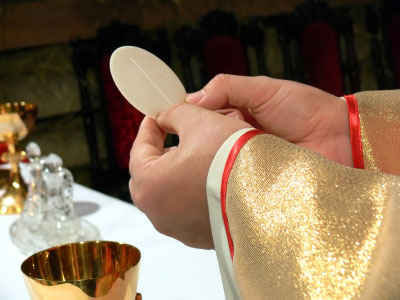 People love to feel superior. Since ethnic/racial sense of superiority is OUT, especially among whites, the people(esp. the snobby elites) need something else to feel superior about. For some, it's More Money. For others, it's moral superiority or self-righteous supremacism. (Moral Supremacism is obviously easier to come by than money, which requires time, talent, and effort. In contrast, Moralism is the great equalizer. Even a 'nobody' or 'loser' can put on airs and feel superior to those deemed as 'bad people'.) It makes them feel oh-so-very-good and better than others. They become addicted to that virtue vanity high, the moral orgasm or morgasm.

So, if you control the big pharma of self-righteousness, you get to design the Smug Drug. And then you have an emotional army of like-minded people who will bark like dogs in service of your preferred ideology and idolatry.

Jewish elites control the big pharma of self-righteousness and design the Smug Drugs to favor certain identities and agendas that best cater to the question, "Is it good for Jewish supremacism?"

The top three holy identities according to PC are Jewish, black, and homo. Jews indulge in self-righteousness as the Shoah People. And non-Jews may feel self-righteous(by association) by revering, serving, and 'defending' Jews. Then, it's not surprising why so many Goyim self-righteously worship Jews who self-righteously worship themselves.
The Smug Drug also favors blacks. By making blacks into a holy people and invoking slavery at every turn, Jews can bait 'white guilt' and paralyze white pride. Also, by making white boys and white girls admire black prowess in sports, sex, and song, the white race becomes cucked and tamed. Thus, whites come to feel it's 'racist' to serve their own interests and instead serve Jews(and blacks as allies of Jews). And Smug Drug also favors homos, close allies of Jews, who are useful in subverting Christianity with Queertianity. Also, being a fellow minority-elite seeing eye-to-eye with Jews on matters of power and privilege, homos make the perfect partners-in-crime.

The desire for self-righteousness is timeless and universal. However, different peoples feel self-righteous about different things. It all depends on WHO gets to design the 'moral chemistry' of the Smug Drug. In the past, Christian Church was the main dispenser of the self-righteous drug in the West. And its theme was Christians are morally and spiritually superior as worshipers of the Messiah; and of course, Christians are superior to Jews, the killers of Christ. (No wonder Jews hate Christianity and Google annually snubs Easter.) For traditional Catholics, wafers and wine at Communion are the ultimate Smug Drugs of Self-Righteousness. Jews fear such substances as powerful medicine with de-worming effect against (((parasites))).

In the American South, white folks once felt self-righteous and morally superior to blacks. This sounds counter-intuitive since blacks were the slaves, the people suffering injustice. But whites controlled the Narrative and said white civilization was elevating savage blacks via the institution of slavery, which, though not exactly just, was teaching blacks the ways of social order and discipline so crucial to human advancement. So, slavery was defended as a system that dragged blacks from ugabuga jungle savagery toward semblance of civilized life. At worst, it was a 'necessary evil'. So, whites felt morally superior while blacks were made to feel they had to prove their worth and be a credit to their race. Back then, white Southerners controlled the Smug Drug. Savagery, not slavery, was seen as the biggest evil. Since black Africans were seen as wallowing in the sinful world of oogity-boogity, slavery was seen as a necessary purgatory to save the Negro body and soul from the sin of savagery. (Of course, things are different today when white people worship black neo-savagery as the 'coolest' and most 'badass' thing, something to imitate in 'honkey see, honkey do' manner.) So, even apparently unjust things can be made to seem just. It all depends on control of the Narrative and Iconography. Just ask the Palestinians. Notice how in the Jewish-controlled (((Western Media))) harsh Zionist policies against Palestinians are always justified on grounds that 'terrorist' Palestinians want to wipe Israel off the map. Palestinians are made out as the genocidal aggressors while Israeli Jews are made the humble defenders of homeland. This Narrative overlooks the fact that Israel was created by wiping Palestine off the map. It also ignores the continuing Zionist Occupation of West Bank. But such is the moral chemistry of the Smug Drug in the West(especially in the US) in regards to Israeli-Palestinian conflict, and the majority of Americans still feel morally justified in defending Israel and demeaning Palestinians.

Just like dogs can be made to rabidly serve any command of the master -- make friends with that cat or maul that cat, be nice to that man over there or bite him in the ankle -- , most people can be made to feel deliriously self-righteous about anything(and hateful toward what is deemed 'evil'). Lacking agency and individuality, most people take the Smug Drug handed to them from above.
Consider the politics of self-righteousness in relation to Red Scare(of the late 40s and early 50s) and the current Russia Hysteria. In the so-called 'McCarthy Era', there were real Soviet spies and agents in all walks of life. In contrast, Russian influence in current America is totally delusional. If anything, US politics and media are controlled by globo-homo Jewish imperialists, not by Russians. But most Libby-Dibs still feel smugly self-righteous in defense of noble communists and martyred fellow-travelers of the 'Anti-Communist Hysteria' era while foaming at the mouth about how Russia, Russia, Russia and Putin-Putin-Putin are pulling all the strings behind Trump and the GOP. Most Libby-dibs are total addicts of the PC Smug Drug. This applies to most Cuckservatives too, but the drug is beginning to wear off among the nationalists and patriots. And this is why Jewish Big Pharma is freaking out and trying to force more PC drugs down our throats.

As for the Muslim World, the Smug Drug is about faith in Allah. Therefore, Muslims feel themselves to be righteous and superior to infidels who know not the true way. What Muslims feel self-righteous about is beyond the control of the Jewish globo-homo imperialists. In this sense, Islam still remains an independent religion, something that can't be said for Current Christianity that has been stripped of dignity and perverted into a cult worship of Jews and even homos(and trannies).
But Jewish Power is trying to change Muslim minds in the West by associating Islam with homomania, feminism, and anti-white vitriol. Muslims in the West, being so eager to come to the richer and (relatively)freer West, do form alliances with Jewish Power. It's a love/hate relationship. Jews use figures like Justin Trudeau to serve as bridge between Muslims and Homomania(and anti-white politics). Jews want Muslims to feel most self-righteous about being part of Diversity, waving the homo flag, and hating 'evil racist' whitey. Especially because the Western 'Right' is even more pro-Israel than the Western 'Left' is, there's little reason for Muslims to side with White Conservatism against PC Proggery. Muslims may hate Zionists and globo-homo stuff but nevertheless see them as the lesser evil to White Conservatism that strikes them as more slavish to Zionism and hostile toward Muslim Immigration-invasion into the West.

As long as Jewish globo-homo supremacists control the Smug Drug in the West, whites will keep losing. They need to design their own Drug, and it has to be stronger than the Red Pill, which acts as a blocker of PC and booster of the white right but not so much of white righteousness. It is when people feel righteous that they go from feeling ashamedly defensive to confidently assertive.
at December 11, 2018