How the Church of Political Correctness(that favors Jews, Homos, & Negroes) has deviously appropriated the Christo-Formula to protectively layer its Awesome Power

The Christo-Formula seems to be the basis of PC strategy and its idolization of Jugromo(Judeo-Negro-Homo) Sanctimony.

Consider this scene from MONTY PYTYHON'S LIFE OF BRIAN:

What really sticks out is that the Holy Victim-Victor Group wants to be, at once, mollycoddled(or poli-coddled), bereaved, and worshiped. Baby-Victim-Victor or BVV Syndrome. Consider the mytho-legend and iconography of Jesus. There is Jesus as a cute and cuddly baby in all those paintings of the Madonna. People's hearts go out to the darling little child. Then, there is Jesus as saint-prophet who was rejected and victimized by cruel & brutal humanity. People are made to feel guilt over His noble torment, death, and self-sacrifice. And then, there is Jesus as the returned champion, the King of kings, indeed none other than the Son of God.
So, within the Christo-Formula universe, the faithful feel (1) protective compassion for the cute baby Jesus (2) profound guilt over the murdered Messiah and (3) ecstatic adoration of the King of kings, all-time spiritual champ. It appeals to several key aspects of human emotions.
When we consider Homos(and Trannies) as members of the Holy Three(along with Jews and Negroes), we see a similar kind of emotional manipulation at play. The recent controversy at Columbia University with Nimesh Patel and the (East)Asian-Alliance well illustrates this phenomenon. The reaction of the 'triggered' yellow dogs seems contradictory. On the one hand, it's as though they feel protective emotions over the weak, vulnerable, and cute-and-cuddly LGBTQXYZ community. Oh, those poor helpless 'rainbow' babies. They must be nestled in a crib and sung lullabies, goo. The homos and trannies have found a way to tug at the (oft-repressed)maternal instincts of the secular community(esp. among women who often put off motherhood). This is the passive babyish side of PC. Granted, babies are both helpless and 'tyrannical', i.e. they demand constant attention 24/7.

Anyway, because of the 'cute and cuddly' aspect of LGBTQXYZ Idolatry, so many people have a tendency to view homos and trannies as little baby darlings that need constant love and protection. And woe unto anyone who doesn't go along with this charade. Why, he's like a child abuser!
There is this with Jews and blacks too. Anne Frank is THE face of the Jewish Community after WWII. Just a sweet little girl who just wanted to have fun. What a cruel cruel world to deny her such. And Pop Culture has never lacked for the cute Negroling, such as Gary Coleman of DIFF'RENT STROKES and Emmanuel Lewis of WEBSTER. Many white people grew up looking at such darling Negro kibblers. And famous celebrities and cuckservatives like David French like to show off My Little Ebony like My Little Pony. 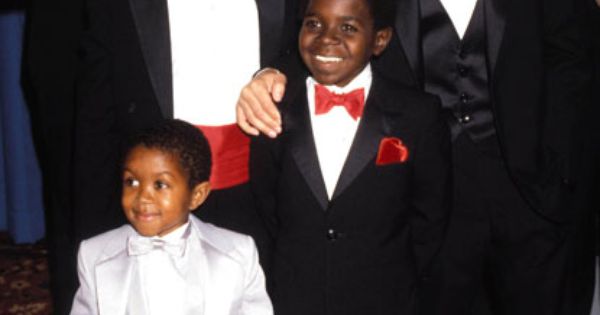 This mollycoddly side of PC is very effective in eliciting protective maternal instincts. Jews certainly know how this psychology works. Even though they are the most powerful group in America, they use Anne-Frank iconography and pop culture narratives of nice little Jewish kids bullied by Big Dumb Nazi Polacks to garner protective sympathy. Jews know how to push the buttons of protective-maternal-instinct so as to make it seem as though 'antisemitism' is like Big Bad Goy picking on a tiny Jewish child.
And even though so many problems of violence and criminality are caused by blacks, pop culture is saturated with images of too-good-to-be-true darling Negro kids with a glow about them. Or even fully grown Negroes are presented as possessing pure childlike souls, as with the mountain-sized Negro who wuvs a wittle white mouse in GREEN MILE. Even though he's the size of an entire football team, we are to believe he has the soul of the kid on WEBSTER.
This is why the LGBTQXYZ agenda is so hellbent on promoting homosexuality and even tranny-cult among kids. By concocting a cutesy cherubic as a feature of the iconography of Queertianity, Homomania comes to be shielded by protective maternal instincts of the Normies who easily fall for PC(as they'd been deracinated and deculturalized of their true identity, values, and heritage). After all, who wants to be seen as being AGAINST DARLING INNOCENT KIDS? Granted, this is a gambit on the part of LGBTQXYZ agenda because many people will be grossed out by the sexual perversion of children, but then, many others will feel that LGBTQXYZ is especially special and in need of protection because "It's all about the children!" Just like Open Borders activists associate Illegal Migration-Invasion with images of poor helpless children(from Syria or Guatemala), the publicists and commissars of Homomania drag little kids around to pull on maternal heartstrings of women around the world. And women are especially vulnerable because feminism has fostered repression of their healthy maternal drives to have children and be good mothers.

And then, there is of course the Guilt Element when it comes to Jews, Negroes, and Homos. Just like Christianity says Jesus was the perfect Man who was wronged by a tyrannical empire and cruel mob, we are told that Jews, blacks, and homos were always the most wonderful people wronged by history and humanity. The entire history of Jews is presented to us as a narrative of the noblest & kindest people always having been set upon by bigoted goy populations. Jews were never wrong, and it was always the fault of the deranged goyim(especially white ones). And if you say different, you're an 'anti-Semite', as bad as a child abuser(or even molester). And never mind black Africa was always dark and violent place. Oh no, blacks were always wonderful & noble and living in harmony with nature and each other... and if it weren't for evil whitey, Africa might be one big Wakanda. Apparently, blacks have always been pure and noble, but Evil White 'Racism' caused all this harm to a perfect people(along with Jews).
As for homos, they are angels, and Reagan and Jerry Falwell were to blame for the AIDS epidemic in the homo community that killed so many people. Just watch PHILADELPHIA and weep for pure-souled 'gay baby-man' who dies as a saint. AIDS was like Homocaust that spiraled out of control because of indifference and 'homophobia'. Never mind all the sick orgies and homo fecal penetration done by homos.

And then, there is the element of awe at the sheer power of Negroes, Homos, and Jews. Negroes dominate so much of pop music, sports, and sexual idolatry. They are the Official Heroes of every city during NBA and NFL seasons. French worship Negroes as demigods who won the World Cup. BBC propaganda promotes black-males as the rightful sexual owners of white women because white men are now to be demoted into dorky cucky-wuck losers vis-a-vis the more muscular and bigger-donged Negroes. As for Homos, why looky! They are so creative, so flamboyant, so colorful, and so celebratory of everything they do. They stoke our own vanity and narcissism by promoting self-celebration as the defining 'value' of the globo-homo 21st century. In our post-religious age, Homo-worship is THE central 'spiritual' experience for many secular urbanites. And even those who still attend churches love to decorate their churches with 'gay' colors. 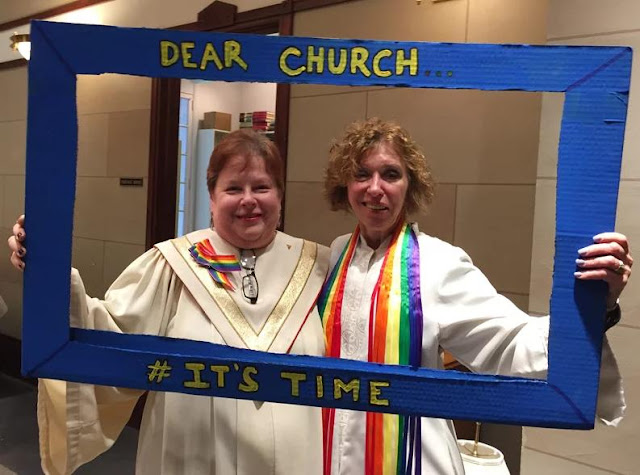 And the most awesome power of them all, the Jews! Jews are so powerful in finance, media & entertainment, law & courts, academia & think-tanks, vice industries(such as gambling), big pharma, high-tech, and Deep State(and Dark State). They are the makers and breakers of anyone and anything. They can even make a big-name personality like Alex Jones disappear from entire platforms. They can push a button and make US politicians whore out to Israel and turn much of the Middle East upside down with Wars for Israel. They can bring back the 'cold war' with Russia just because they hate Russia. They can make the US enforce sanctions against Iran and send billions in aid to Israel even though Iran allows inspections and has no nukes whereas Israel stole American uranium and has 300 nukes. They can shut down Free Speech with lawfare against 'hate speech'(to be determined by ADL and SPLC, both Jewish-funded groups). They can make every nation erect Shoah Monuments and worship 'Holocaust-Survivors' as bigger than God and Jesus. That is some power.

Now, people have a Will to Cower, and countless minions kneel at the Altar of Power. But there is also a natural tendency of people to fear power, worry about power, distrust power, feel envy about power, and speak truth to power... and rise up against power. So, power merely as awesomeness is vulnerable. Paradoxically, power is even more powerful when the awesomeness is associated with emotions of guilt and coddle. This was the genius of the Christo-Formula, one reason why Christian Power lasted for so long. It played on all three key emotions of menfolk(and womenfolk): Affection & tenderness for something cute-and-cuddly, Guilt & Remorse for Purity-and-Nobility, and Awe for the Power. And even though these emotions are different(and even contradictory), they reinforced one another as an Iron Triangle.

And now, PC has appropriated the Christo-Formula for the Jugromo trinity. So, those Asian students at Columbia were emoting and acting on three levels. They were sucking up to the Cult of Awesome Negroes and Tremendous Trannies; they were servile dogs of the Power and Prestige. But they were also acting in accordance to instilled guilt associated with holy Homos and noble Negroes. And, finally, their maternal instincts kicked into gear as they'd grown accustomed to regarding Homos/Trannies and Negroes as precious little babies whose cribs need to be protected from the scary howls of the Big Bad Bogeyman.
at December 10, 2018