Is Reincarnation a sound spiritual and moral idea? Some thoughts in relation to the debate between Kevin Michael Grace and Jennifer Scharf. 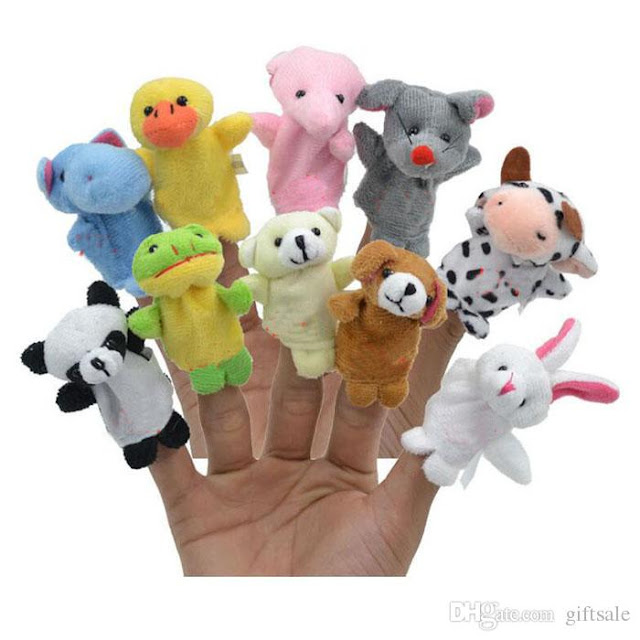 In the Counterculture 60s, many Westerns expressed interest in Eastern Mysticism. Hinduism was studied by artists, seekers, and scholars for insight and inspiration. Hare Krishna and Buddhism caught on with certain sectors of Western Society. Some came to favor reincarnation over the cosmology of the Bible. There is no doubt that Hinduism and Buddhism are great religions with rich culture and history. But could there be a problem with reincarnation and its implications? If so, what could they be?

For starters, the idea of Reincarnation negates the idea of 'you' or 'me'. According to Judaism or Christianity, there is a specific and unique 'you' or 'I'. Your soul is yours alone. It came into existence with your birth(or conception) and it either dies with your's passing or continues in afterlife. So, you are you, body and soul. There was no you before you(birth), and there will not be another you after you(death). And, other peoples have souls too, but it's their own souls, no one else's. Christianity says there is an afterlife where your soul can be with God, but again, it's your soul and your soul alone. Your soul can be with other souls in Heaven, but each soul is unique and belongs to one being. So, according to Christianity, there is a unique and particular 'you' or 'I' for each person.

If we follow the logic of reincarnation, there is no unique 'you' or 'I'. 'You' or 'I' would merely be a vessel through which an ever elusive and evanescent soul moves in and out of. 'You' or 'I' would merely be a shell. If a soul reincarnates from person to animal to person to animal to person to animal, then each person or animal is merely a 'clothing' for the soul. Each person or animal would possess no individuality or uniqueness. It would just be the latest in a series of vessels that holds the soul. It's like your clothes and shoes have no unique identities on their own. If you go through a hundred different pairs of shoes, those shoes only serve to support you. On their own, they are nothing. If souls reincarnate and pass from creature to creature, then each of us is merely 'clothing' or 'shoes' that holds the soul that moves in and out of endless series of ‘containers’. Suppose a soul passed from a frog to a turtle to an aardvark to a Hindu(named Babu) to a butterfly to a lion to a Mexican(named Pedro) to a catfish to a Negress(named Skankura) to a mold to a snake to a pigeon to a rat to a Frenchman(named Pierre) to you in the present form. And then, after you die, suppose the soul that had been in your body passes to a spider to a monkey to a Vietnamese(named Nguyen) to a mole-rat to an alligator to a bacterium to a squid to a penguin to a Catholic(named Kevin) to a hyena, and ad infinitum. Such process would indicate that the soul isn't any of those things but merely passes through them as temporary shells(like hermit crab goes from shell to shell). Each person or animal would merely be a ‘box’ that momentarily ‘houses’ the soul that keeps moving to other ‘boxes’. So, no human or animal would possess a soul that is unique unto himself/itself. They would merely be a series of puppets through which a 'soul-hand' passes through. Imagine a hand that goes from hand-puppet to hand-puppet. Each hand-puppet would have no agency or uniqueness. It would only seem to be 'alive' when the hand slips into it. But once the hand slips out(and enters another hand-puppet), it would be nothing, and another hand-puppet would be animated as the new vessel for the ever-migratory hand. It's like each of the Muppets on Sesame Street has no unique identity or soul. They are mere vessels animated by the creative soul of Frank Oz with his many voices.

In other words, if reincarnation is true, there would be no unique soul that belongs to Jennifer Scharf alone. Jennifer would merely be the latest sockpuppet through which the ever wandering soul happens to pass. Also, it'd be misconceived to say Jennifer was 'such-and-such person or animal in HER previous life'. All those earlier lives would have been mere sockpuppets through which the soul traveled. Given the fluid and ‘promiscuous’ wanderlust nature of this soul, it would be independent of all the life-forms it passes through. So, the soul in Jennifer would not be HER soul but an independent soul that merely sought temporary shelter in her body.

According to Christianity, each soul is unique to the person who possesses it. While the soul can transcend the body-after-death, it cannot transcend individual identity. So, according to Christian cosmology, Jennifer would believe that her soul came into existence with her birth, and after her body expires, her soul can reach Heaven and be with God. From her birth to the end of time, it would be her unique soul and hers alone.
However, if reincarnation is true, Jennifer would be soulless. What now seems to be her own soul actually isn’t hers. Indeed, this soul that is currently within her would exist even if Jennifer had never come into existence. This soul had been passing through countless series of animals and humans through the eons. If Jennifer didn’t exist, the soul would be in some other body, either of human or animal. It's like virus. A virus moves from organism to organism to organism, be it human or animal. Virus doesn't need Jennifer to exist. It can use other humans and animals as hosts/vessels. So, if reincarnation is true, it means each of us is not unique, special, or necessary because souls would exist independent of any of us. If Jennifer didn't exist, the soul that is now within her could be inside a mule, dog, cat, German, Palestinian, Jew, Russian, rat, rabbit, or Negro. Jennifer isn’t unique but ultimately superfluous. The soul that is within her isn’t hers but merely using her body as a host/vessel, and after she dies, it will pass onto another host. Indeed, this soul was in countless other animals and humans before it found residence inside Jennifer. So, according to reincarnation, each of us is not a temple or a home for the soul(that is bound to its address/identity) but merely a hostel or motel through which the soul passes like a salesman.

Personally, I'm a non-believer and always has been, but the idea of soul in Judaism and Christianity seems more reassuring because it says your soul is yours. It is unique to you and has a special relation to God and time. It's like your own toothbrush than one that goes from person to person to person. If I were a religious person, I would like to believe my soul is mine alone. Why would I want a hand-me-down soul that had been through rats, cats, pigs, pigeons, worms, ticks, Gypsies, drunken Irish, and Negroes?
According to Christianity, YOUR unique soul could enter Heaven and be with God. So, there is a special you, a unique you, after all, and your soul would always be bound to your identity. Your soul would be like a loyal dog that belongs to you alone than a stray dog that goes from place to place without being bound to anything to anyone.

Unlike Christians, Jews don't believe in Heaven, so their souls cannot ascend to the divine realm. Still, even though a Jewish individual’s unique soul fades with death, something of his essence is passed down through his ancestors, each of whom is born with a soul unique to him or her.

Finally, one might argue that the Jewish cosmology is actually closest to how the science of biology works. For starters, Jewish Covenant takes into account the roles of puds & poons and importance of blood. Jewish pud is blessed by God and meets with Jewish poon — the meat must meet — to create Jewish children through whom the Jewish blood/essence continues to flow through time. So, even though Jews cannot pass their individual souls down to future generations, they can pass down their blessed blood/essence through marriage-and-sex that births new Jewish bodies-and-souls. According to this Cosmology, every Jew has both soul and essence. Souls belong to unique individuals and cannot be transferred, but essence passes down through the generations. The passage of the essence from parents to children through sex allows for the creation of new individuals with souls. While souls belong to individuals and are un-transferable, the essence is transferred down the generations from parents to children through the act of sex(ideally within marriage). While this essence isn't the soul, it holds the secret key to creating new bodies with souls.

Now, when we study biology/science, the way of life seems closest to the Jewish Cosmology. Reincarnation says the soul, the core substance of being, can go from species to species. So, the soul within a monkey can move to a rat and then go to a human and then to a snake and so on. Biology doesn’t work like that. Now, one may argue that all of life are interconnected and recycled from the same matter, and this is true enough in a material sense, especially in what we eat and excrete. We eat animals, and their flesh are broken down into nutrients and absorbed into our bodies. And when we die, our bodies decay and become fertilizer for plants. So, there is a cycle of life where animal matter becomes human matter that becomes plant matter that becomes animal matter and so on. The proteins in your body are recycled matter from meat you’ve consumed. Even vegetarians consume animal matter because plants absorb nutrients from dead organisms. All true enough.

But the unique essence of a species — why it is the way it is and different from other species — is really in the DNA, and this is passed down through the generations WITHIN, NOT ACROSS, the species. So, if we were to trace back Jennifer's ancestry, we’d take into account the DNA she got from her mom and dad, and then, the DNA her mom and dad got from their moms and dads, and the DNA of their moms and dads ad infinitum. So, even though we materially absorb other life-forms — carrots, cows, pigs, chicken, and etc — through what we eat and digest, the reason why we are human is because of our DNA, and the human DNA code was passed down through the generations of human ancestors. Human DNA didn't leap from species to species. Granted, humans evolved from apes that evolved from monkeys and etc, but even there, we see a unique line of ancestry through which the DNA gradually progressed. Because Judaism emphasizes the importance of ancestry — the stuff of reproduction, blood, family, and remembrance — it is closest to how biology really works.