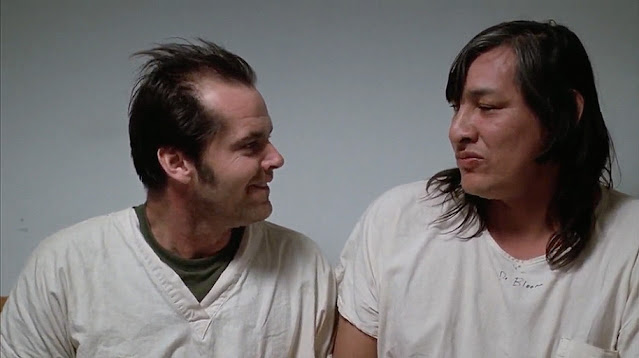 Progs are a funny bunch. They call for Indigenous Peoples Day and then say Diversity is great. But it was Diversity that destroyed the indigenous peoples of the Americas. Take Latin America. Spanish imperialists conquered, spread disease, carried out genocides, and committed mass rape. That led to Euro-Indigenous diversity. And then, Spanish, Portuguese, and Jews imported millions of black slaves into the Americas. More diversity. So, Diversity has been the bane of the indigenous peoples.

In North America in the 19th century, more immigration meant more diversity and less territory for the indigenous peoples who got squeezed out of their lands by expanding Diversity of Anglos, white ethnics, Jews, and black slaves. America used to be All Indian but mass immigration of whites & Jews and importation of blacks made North America more diverse, and that led to the destruction of indigenous or original peoples.

So, it is about time that White Americans stop immigration and denounce Diversity. It would be a Moral Imperative. Proper assessment of White Guilt in America must address the fact that the main victims of White/Jewish Immigration were the Indians. Therefore, because North America was once Indian land, white folks must stop further immigration-invasion and help Indians to regain their footing in their ancestral turf. It was bad enough that Indians lost the lands to whites. There is no reason for them to lose it to immigration-invaders from all around the world. Since white people took the land from Indians, their main moral duty should be to stop further invasion and be nice to Indians. Since the whites didn't take America from peoples around the world, all those non-whites have NO MORAL CLAIM on America. So, on the issue of 'white guilt', whites may feel some measure of guilt toward Indians since they took land from them, but white Americans need feel NO GUILT toward the world since whites didn't take land from non-whites around the world.

The main question is, "Does America belong to the American Indians or to the World". The answer is it belongs to the American Indians. Since whites took it from the Indians, white priority must be to defend America from further invasion and revive Indian pride and prestige. But in our crazy Ellis-Island-centric nation, there is this crazy notion that whites have some moral obligation to open the US to all the world? But why? If America once belonged to Indians and if whites took the land from the Indians, then white moral obligation should be to prevent further invasion of Indian lands and to help Indians regain footing in their ancestral-sacred homeland. (If Jews had a right to regain their sacred homeland after 2,000 yrs, then American Indians have a right to regain territorial security and resurgence of pride in America, their sacred-ancestral homeland. That calls for end to immigration-invasion and promoting Originality over Diversity. While American Indians can't take back America like Jews took back Israel/Palestine, they can regain pride and stand proud once again IF all Americans recognize Indians as the Original and Truest owners of America as a 'sacred spiritual land'.)

Another way to frame this question is, "Does America belong to the Indians or to the Jews?" If we believe that the original claimants of America are the Indians, then we must address the fact that mass-immigration-invasion has been bad for Indians. Sure, it led to the creation of a great nation, but it also led to collapse of Indian folks and cultures. So, if we believe that, in the most sacred and spiritual sense, America belongs to the Indians(who'd been here for 10,000s of yrs before whites and others), then Americans must prioritize the matter of "Is it good for the Indians?" And future policy must be predicated on IIGFTI. Since mass immigration-invasion and Diversity destroyed the Indians, we must stop further mass-immigration and Diversity-mongering. We must favor demographic defense and originality(over diversity because diversity wiped out much of the original peoples).

But the US is currently under the rule of "America belongs to the Jews". So, "Is it good for the Jews?" or IIGFTJ is the modus operandi of US policy. Because Jews figure that more non-white immigration-invasion will lead to further Diversity that makes for weaker racial-national solidarity among goyim who will be divided among themselves, they see it as being GOOD for Jews.
But if American Policy is calibrated to favor and serve Jews, it means the US belongs mainly to Jews. But why? What claim do Jews have on America? Whites didn't take it from Jews. If anything, Jews were co-conquerors of America from the Indians. So, if anything, Jews must share in the White/Jewish Guilt of Imperialism and Genocide of the Indians. (And since Jews also took part in the slave trade, they must share in Slave-Trade-Blues. Imperialism + Slave Trade = Diversity. Celebrating Diversity is to apologize for imperialism.) Indians do have ancestral claim on the Americas. They were the original peoples. But by what right do Jews claim America as theirs? Why should American Policy be predicated on IIGFTJ?
Indeed, they have even less rightful claim than do the Anglos and Germanic who'd done most to found and settle the nation. There were Jews from the beginning of America, but the mass influx of Jews came later. So, Jews have no special claim on America. Granted, Jews can say they contributed a lot to American wealth and enterprise and science and culture, and that's all true. But that is still not an organic claim. After all, China and India have invested a lot in Africa and built the economies there, BUT they can't make claims on those nations that 'spiritually' belong to black Africans.

Now, for a long time, the main claimants of America used to be Anglos and whites, and for good reason. The argument was, "Sure Indians were here first, but they were savages and there weren't too many of them. So, the America as a modern nation is a white European creation." In other words, American Civilization was not something that the Indians had built but was stolen by whites. Whites built it from scratch. So, on that basis, whites could have legitimate claim and pride of ownership. And this was a sound argument. But Jews took over media, academia, & Narrative and spread the notion that Whites are the Most Evil People. So, white pride in anything is evil. It's even controversial to say "It's okay to be white."

So, for the time being, whites are best off using the Indians as moral shield. Whites must promote Originality over Diversity. Indians were the original peoples of America. So, if White Guilt is to be properly conceived, it must address the fact that Originality was largely wiped out by Diversity(the product of imperialism) made possible by whites(who opened the New World to Diversity-Invasion). So, in order to properly atone for their historical 'sins', it is time for whites to end immigration-invasion and diversification of the Americas and focus on restoring Originality of the Indian folks. It may be the most effective way to scalp the globo-homo yarmulka.

So far, many on the Right have regarded 'white guilt' as anti-white, but it can be made pro-white. By properly assessing American History, whites can make a moral case that 'white guilt' must prioritize what is good for Indians since they were the Original Peoples with a sacred tie to the land. Also, as white expansion destroyed so much of pristine wilderness, white guilt must also commit itself to restoring more natural habitats in every state in the Union. But there is no sound 'white guilt' argument in favor of serving Jewish supremacism or allowing immigration-invasion from around the world. After all, whites didn't take America from most peoples around the world. Also, non-white ancestors around the world played no part in the building of America.

The real problem of American PC isn't 'white guilt' per se. It is the perversion of 'white guilt' to favor peoples who have no moral claim on White Americans at the expense of peoples who do have a legitimate claim on 'white guilt'. No people have a more valid moral claim on White Guilt than do the American Indians, the Original people, BUT the current 'White Guilt' is manipulated to make white support "Is it good for the Jews?" and Diversity-invasion of non-whites who are coming off to leech off the achievements of another people on a land taken from the Indians. Imagine if you killed someone, but your 'guilt' is milked not to make amends to the aggrieved family of the victim but to offer endless 'compensations' to OTHER people who weren't victimized by you. 'White Guilt' is now milked not by the aggrieved calf but by weasels and leeches from around the world.

It’s a matter of Valid White Guilt vs Corrupted White Guilt. American Indians aren’t big in numbers and don’t have much wealth and influence. But they have tremendous moral capital IF white folks were to play it right. If ‘white guilt’ is so central to the Current Political Culture, then White Patriots must raise the crucial question of "Which people have the most legitimate claim on White Guilt?" American Indians or some Asian-Indian lowlife who sucks up to Jews to gain wealth and privilege? (And let’s not confuse the Original Peoples of the America[s] with low-life weasel Hispanics who, as the First European Imperialists in the New World, pioneered the ‘genocide’ of the indigenous folks. As for blacks, why are recent African Immigrants getting Affirmative Action set-asides meant for black Americans of slave ancestry? It goes to show that White Guilt went from a semi-legitimate ideal to a get-rich-quick scheme for thieves all around the world.) The disgusting fact of PC is that most people who make claims on White Guilt have NO LEGITIMACY whatever. And yet, these Frivolous Claims are taken seriously to allow endless immigration-invasion while the True Tragedy of the American Indians go unaddressed.

Anyway, one way forward for the White Race is to do what the White Vampires do in TWILIGHT: ECLIPSE. Form an alliance with the Indians against the Nihilists of Degeneracy and Invasion.