Jewish Power is the Intersectionality among the Deep State Players 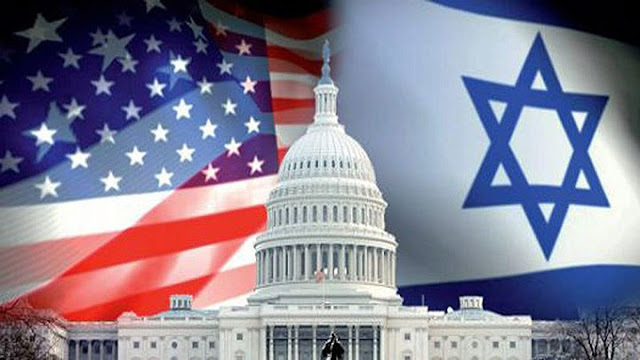 The term 'deep' is problematic because it implies that the Power comprises a set of institutions, the workings of which are hidden from view.

It's really the extended interconnections among institutions and industries than the hidden depths of a core institution that defines the true character of the so-called 'deep state'.

It's about the connections among intelligence services, Wall Street & Federal Reserve, Ivy League, Hollywood, oligarchs, big media, Pentagon, and long-term career politicians(grown totally cynical). Now, surely all those institutions and industries have varying(and even contrasting) viewpoints and interests. There is the danger that they will work against than with one another. Then, what is the Core Intersectionality among the institutions and industries that keep them all within the gravitational field of power? It is Jewish Power, not only because Jews are immensely rich and powerful but because they are a Holy People by rules of PC.

Big Media get to decide the Narrative. It is pro-Zionist, promotes Holocaust as a religion, and denounces any whiff of anti-Jewish criticism as 'antisemitism'. Elite Academia is dominated by Jews who claim to be 'liberal' but are mostly ardently pro-Zionist and Jewish-supremacist, like Paul Krugman. There is a nexus of Jewish media and Jewish academia. Jews are immensely powerful on Wall Street and control finance as their tribal waterworks. They can turn the faucet on and off when it comes to money supply and lending. Also, with the control of the Fed, they hold a gun to the head of the economy.
Jews control Hollywood, and it almost never gives us Jewish villains or movies about the Nakba Pogroms that wiped out Palestine. Even crazy Jews are promoted as lovable and funny. Jewish Neurosis has been the fount of the New Normal. Also, Hollywood made many Shoah movies designed to 'sacralize' Jews and many anti-white movies intended to paralyze white pride and power.
So, even if non-Jewish whites are heavily represented in elite institutions and industries, they are not allowed to have moral pride and confidence like their forbears, the tough & brave white folks of old. So, no matter how much wealth, privilege, and leverage they have, they must feel as if they don't deserve those advantages, indeed even as if the assets were STOLEN from others. In order for white businessmen, politicians, and other figures of significance to feel justified, they must associate themselves subserviently with Jews(and blacks & homos, the two allies of Jews, though the alliances are getting a bit weird because Jews now promote Muslims as semi-holy-victims of Evil Trump. It's risky because if Americans are made to cheer for Muslims, it will be more difficult for Zionists to push Wars for Israel against those 'noble' Muslims).

The crucial power of the Narrative illustrates how Money isn't enough. The Shah of Iran was immensely rich, but he had little respect among his people because he was seen as the illegitimate puppet installed by US imperialists. So, without control of the Narrative, even the richest and most powerful people are on shaky legs. It is the Control of the Historical Narrative(and power of idolatry & iconography) that determines whether a people are justified or not. When whites controlled the Historical canon, they had effective control of the Narrative. While admitting the tragedy of Indians and blacks(slavery), they also emphasized the redemptive and transformative role played by Great Whites in the US. But once history came under control of Jews, it emphasized whites as illegitimate robbers and destroyers of other peoples. Every group was compelled to seek justification and elevation by defining itself in terms of 'victimhood' vis-a-vis whites. "How my people were wronged by whitey" became the obligatory essay for every group in the PC contest of who-are-holier-than-others. To divide white power, Jews also encouraged white women to see themselves as victims of White Males. The Official Dogma of the US conferred blessing upon white women ONLY IF they renounced white men, the scapegoat of every social ill in the nation(and the world).

Given the Rules of Current PC, America can only be redeemed by Jews, blacks, and non-white immigrants(who, like immigrant Jews of yesteryear, supposedly arrive guilt-free without the stain of having perpetrated the 'genocide' of Indians and slavery of blacks). Apparently, America can be saved by homos as well because Homomania is the designated replacement for Christianity(loathed by Jews) as the official neo-religion of the West.
Since politicians depend on money, they have to rely on Jews. Also, as the Narrative extols & sanctifies Jews but reviles & de-legitimizes whites, all politicians(despite being overwhelmingly non-Jewish white) cannot stand up for white identity but instead must serve Jewish identity and interests. And so, we have the familiar mantras from the white running dogs of Jewish Power: Israel! Israel! Israel! Down with Putin, the New Hitler! And, of course, we must have several Holocaust Days, Jewish Month, and Happy Hannukah on par with Christmas(even though Jews are only 2% of the population). So, Jews got Big Media, Wall Street, Ivy League, and Congress.
Now, to a large extent, Jews gained power in these institutions and industries through merit and ability. But when power keeps accumulating in a people and if that people have been 'sacralized' and shielded from scrutiny and criticism, things began to rot and fester. One thing for sure, if Bernie Madoff hadn't been Jewish and known the right kind of people, his scheme would have been uncovered much earlier.

Now, one could argue that the CIA, FBI, NSA, and the military should be more independent of Jewish Power. For one thing, the military draws people mostly from non-Jewish white men who lean conservative. The rank and file of CIA and FBI hire people by merit, not by elections where politicians have to suck up to rich bosses like Saban and Adelson.

So, how did intelligence services become shills of Jewish Power and globalism? The heads of the FBI, CIA, and NSA are appointed by the president who is just another politician(bought and sold by oligarchs and big donors), and they have to be approved by Congress which is a parliament of whores to the donor class. Also, Big Media can turn on or off the heat on the Intelligence Services. If CIA, FBI, and NSA do what the globalists want, the media go along with their agenda. But if they turn against globalism, media will feign outrage and turn up the heat on them.

Also, the people who work in elite government were educated in Ivy League schools under globalists, many of whom are Jewish. And since they rely on Jewish-dominated media and think-tanks for their Worldviews, they themselves have become mentally colonized by globalists.
Besides, most people who work in such institutions are careerists first and idealists second. They will do ANYTHING to move up the ladder to gain status and access to Nice Things. Players like Edward-Snowdens are rare and weeded out either through principled resignation, dismissal, or acts of defiance(as Snowden pulled off). Meanwhile, cynical toadies, servile enforcers, and Jewish supremacists rise higher up the ranks.
As for the military, it's been castrated by globalists with all this homo-ism, feminism, tranny-ism, and diversity-ism. Even though much of the US military, especially at the top, is still a bastion of non-Jewish white conservative power, it is on the moral defensive against the reigning cults of the US that are Diversity, Homomania, White Guilt, Feminism, and esp. Jew Worship. As a result, not unlike rich white businessmen, the white generals in the military lack autonomy of moral pride. As white males, they are on the defensive and must prove their worth ONLY BY sucking up to Zionists, Magic Negro cult, feminism, homos, and trannies. They lack Moral Autonomy and rely on Moral Dependency to justify any power or prestige they have.

Essentially, Jewish Power is the intersectionality of the Deep-Wide-State. Whatever differences may exist among various institutions and industries, however much they may want to tear each other apart, they are all united in their total obeisance to Jews and the Jew-chosen dogma-and-narrative. Without the Jew Glue, the current deep-wide-state would begin to unravel and fragment as America is now such a confused place.

Jews fear that others may notice this. Now, it's inconvenient for Jews if there are only Jewish fingerprints and footprints in all networks of power and privilege. People will feel that Jews, far from being a Holy Victim People, are the conniving masters of everything. So, Jews promoted Homomania to make it seem as though it's the homos who are really in charge. And homos, in their vanity, fell for the bait... like the gay-ish dummy in IVAN THE TERRIBLE Pt 2: https://youtu.be/XEfDe4fvfFA?t=1h4m14s Of course, Jews also invoke Diversity and Inclusion to create the impression that the elite institutions and industries are filled with so many interests and voices, but in fact, it's just a chimera because most members of the Diversity Coalition rarely reach the true heights of power and because even ones that do reach relatively high(especially Asians who do well academically) lack the 'sacral' value that confers pedigree and authority as the Holy Power around which all revolve around. While Asians don't carry an albatross of 'guilt' around their necks like Whites do, they don't have the pontiff's hat and staff either. So, Jewish Power and Prestige are what keeps the 'deep state' together. It would be interesting to see what would happen if the Magic Jew Factor were to vanish in American Power.
at November 11, 2018