Problems of Mutant-ism in a Decadent and Degenerate World 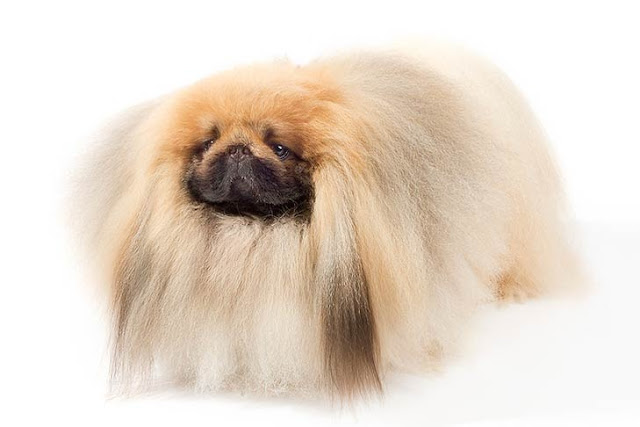 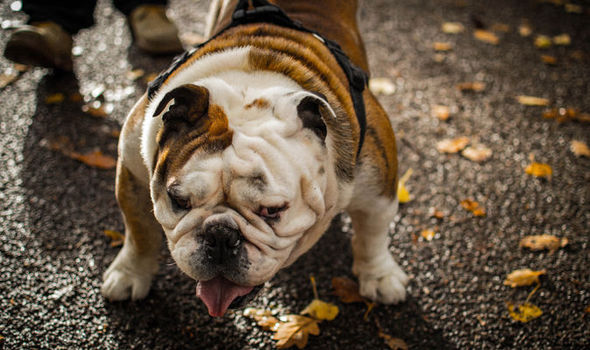 Decadence sets in when people have it too easy. Most manifestations of decadence are obvious and come to a ready end because decadence invites demise and downfall.

But sometimes, decadence is contained and institutionalized, and this kind of decadence can even be mistaken for something of value because of the cult, ritual, and 'legitimacy' about it. It can gain validation and prestige, thus power.

Consider the decadent culture of dog-breeding.

There was a time when dogs were appreciated for what they could do. They had to run fast, hunt, retrieve, fight, herd sheep, guard the house, pull sleighs, or etc. So, even though dog breeds were different, they were healthy, purposeful, functional, and sound as organisms. Their existence and legitimacy depended on essential utility than decadent futility.

But over time, dogs grew less useful as mankind became more mechanized, secure, and urbanized. So, many people just raised dogs as trophies, prizes, or oddities.

The healthy and purposeful breeds were perverted in their traits. Their traits were exaggerated or caricatured. The resulting extreme traits had no purpose and could even be unhealthy to dogs, but they were perpetuated(and made even more extreme) to serve the vanity of owners who had nothing better to do except show off that they owned something 'special', 'exotic', or 'cute'. Some owners had a perverse knack for grotesque and unwieldy traits. But some people acquired such strange breeds because the Establishment deemed them to be 'valuable', 'worthy', or 'expensive'. And over time, these freak-dogs were prized for their 'purity' even though their purity was based on something close to deformity.

The ancestor of the bulldog was a tough and healthy dog. But the later bulldog as show-dog was a genetic perversion with over-sized head, cumbersome limbs, and flat nose that made it difficult to breathe. Such dogs were totally useless, but owners wanted them because of their cartoonish features and 'pure' pedigree. And the Establishment deemed such a breed to be of 'value' as status-item.

The Chinese court bred totally useless dogs like the Pekinese, the canine equivalent of bound feet. Small, neurotic, inbred, and nuts. They were 'toy dogs'. Totally useless but fun for the owners. It served the owners' decadent whims.

And consider something as ridiculous as the Sharpei. Just awful. 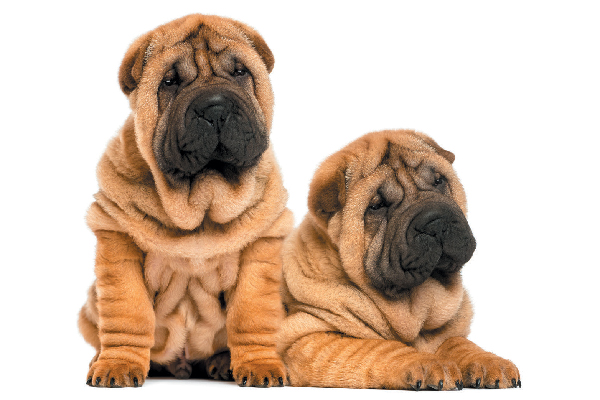 Even the original dachshund wasn't what it is today. They were bred to be shorter in limbs and longer in body to attack burrowing animals in holes. But over time, they made the legs even shorter and body even longer, leading to all sorts of spine problems.

When dogs served a real purpose, they had to be healthy and functional. But as dogs became show-objects of vanity, they were designed for quirks, oddities, and eccentricities. What mattered was less the health or function of the dog than the 'charm' of their peculiarities.
Some of these prized peculiarities could be harmless enough, like colors and patterns on the fur(though extreme-inbreeding to maintain those traits could lead to health & mental issues), but others were obvious genetic disasters, which, sadly enough, were lent legitimacy by the Establishment that determined the relative 'value' of dogs. And many people bought such dogs as 'status' symbols. Since such dogs were associated with 'status' and 'privilege', many rich owners preferred genetic disasters to healthier and sounder dogs lacking in 'pedigree'.

We are seeing the same development with this gender-bender craziness. When life was tough but meaningful, humans knew it came down to men and women, family and children, health and sanity. Sure, some people were born weird and could be tolerated as such, but they were at the periphery or fringe. If a guy wanted to bugger another guy or if a guy wanted to wear a dress and act whoopsy-doo, that was his problem. Most people understood the true meaning of life as shown in an Akira Kurosawa film or John Ford movie. It was about struggle and choosing the essential right over the wrong. There was a time when most people had a definite role in life in terms of survival, health, morality, and meaning. Life was about core values and essential needs.

But with massive increase in prosperity where even poor people get fat and where 'leftism' turned into celebration of vanity & narcissism, humans are becoming like the degenerate breeds that developed when dogs became less purposeful and turned more into props and prizes. We went from Kurosawa & Ford to Tarantino & Takashi Miike the hideous freak.

So, the various healthy and virile breeds of dogs were turned into mutants of the original. Look at the mutative degeneration of the bulldog. Once a well-proportioned and powerful animal later turned into a gross mutation of its former self. https://en.wikipedia.org/wiki/Bulldog#History

And what we are seeing all over in pop culture and political culture is the Rise of the Mutants. Now, it was always understood that arts and pop culture tend to attract the eccentric and strange. That much was long accepted as part of the creative scene & sensibility. Still, such peculiarity was seen for what it is. People figured some creative folks have talent but are just weird, like Michael Jackson or Boy George. That is why I wasn't particularly offended by either in the 80s. I liked some of their songs. And even though they were funny-wunny, I figured it comes with the territory in the creative realm. It's like David Bowie was a serious weirdo but very talented.

But over time, this weirdness got theorized and politicized into some kind of ideology & worldview, and millennials were raised with the notion that gender-mutation is some kind of New Normal, a noble 'human right' or even holiness, something even deserving the blessing of the church.

The world seems to be heading toward the Rise of the Clones and the Rise of the Mutants.
Bio-engineers are working on clone-beings. To be sure, the two trends are polar opposites in their tendencies. Since bio-engineers will predetermine the IDEAL traits, clones will likely be very similar to one another: Intelligent, healthy, fit, attractive, emotionally stable. So, in one way, the future of clone-ism seems to be anti-mutant-ism. (I mean if a future couple wanted a perfect designer-baby, how many would want someone like Chris 'Leave Britney Alone' Crocker or Trigglypuff?)

In some cases, we have a combo of both clone-ism and mutantism, like in that Martin(e) Rothblatt the 'transhumanist'. On the one hand, he seems to eagerly anticipate cloning or bio-engineering technology that will allow the creation of ideal humans from scratch genetically. But lacking such technology in the present, he has made a total whacko of himself by pretending to be a 'woman' with make-up and dress(and maybe surgery?)

Clone-ism narrows the range of ideal traits. It weeds out the dumb, ugly, unhealthy, and demented. It will favor Sean Conneries and Pierce-Brosnans over Elephant-Boys and Crackhead-Bobs. 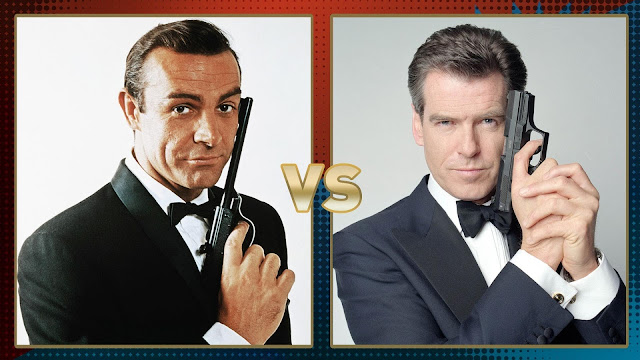 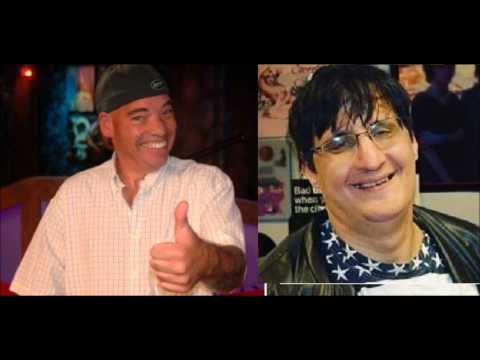 In contrast, mutantism widens the spectrum of 'acceptance' and 'normality', like what was presented on Bill Nye's (sex)junk science. So, some fat ugly guy with hair on chest who says he's a woman and wants to be called 'them' and wants to play with dolls and pretend to be 5 yrs old is part of the 'new normal'.

Clone-ism and mutantism are opposites, but they are allied at the moment because they both go against the spiritualist and humanist mode of what constitutes meaning and purpose. Mutantism is nothing new. It always existed because some people were born strange. It's like the Kyoami character in RAN. A weirdo. But then, nutjobs can see things from interesting angles all too often missed by conventional perspectives. So, they could have special value too... as long as they know their relative position in society. Oddity of perspective is part and parcel of abnormality(and possibly subversion) but also offers glimpses that often eludes the normal eye. The problem sets in when this odd angle is made the main angle. That's like using the triangle in an orchestra as the main instrument.Kyoami has his place and even value in RAN because he knows what he is, and others know it too. He is a weirdo, a jester, and clown. But because he's an outsider, he catches things that insiders often miss. He has his own kind of intuition and insight. And this mutual understanding between normal and abnormal used to define society where most people upheld the True Normal but could also be tolerant of and even appreciative of the views of the weird and strange. But now that this mutant-ism has been promoted as the New Normal, nothing makes any sense. If nuttery is the 'new normal', what is truly normal. And if the outsiders now have the insider-view, what can they offer us? I mean the value of the outsider's view is from the outside. When the outsider serves as the insider, his view is neither insider nor outsider.

Weirdness has value in uneasy relation to normality. The value of HAROLD AND MAUDE, for example, depends on them being surrounded by 'normal people'. Normality may be limited(and hypocritical and corrupt) but it has a fuller grasp of the essentials of life and society, like family, law and order, military and defense, and spiritual tradition. In contrast, weirdness is innately dysfunctional and has value as counterpoint, contrast, and variance. It's like the Adult World may be compromised and all in THE CATCHER IN THE RYE, but if everyone was like Holden Caulfield, there would be no social order, period.

Mutants will always exist, and on occasion, they may offer something valuable. But it's not something we should be encouraging and not something that should be promoted as the 'new normal', and certainly not something that deserves the benediction of spiritual authority. While the deviance of Weimar Germany was not without artistic merit or cultural value, the problem was it often occupied the center of national life, especially when so many people were in dire straits(far worse than even Americans in the Great Depression).

Also, if weirdness is encouraged and popularized, it devalues genuine weirdness and what it has to offer. It's like, once the underground scene was 'upgraded' to appeal to the bobo-yuppie crowd, it lost its authenticity and own kind of integrity.
In the past, those with 'gender-issues' had REAL problems. They couldn't help being what they were despite pressures of normality. So, their difference had meaning and even value. It meant a genuine struggle to understand one's strange self and its place in society. But now, thanks to gender-bender-mania promoted by PC and Pop Culture, every confused kid going through adolescence could fantasize he or she has issues too since it's the 'new normal', therefore a 'cool' magnet for attention and sympathy. As such, both the meaning and the value of the Normal and the Abnormal are lost.

Also, when the Abnormal are at the sidelines, they are more likely to use their special insights and talents for something bigger than themselves, something meaningful for the larger population of normal people. And something like a respectable bourgeois or middle-class culture exerts pressure on the weird and different to use their odd tendencies and creative gifts to produce something of higher value and wider meaning. Thus, eccentricity serves something higher and/or grander than the mere solipsism of escapist vanity. In the bourgeois age, closet-homosexual Marcel Proust wrote IN SEARCH OF LOST TIME. In our shameless age, 'gay' expression has come to this: It sure isn't the Sistine Chapel 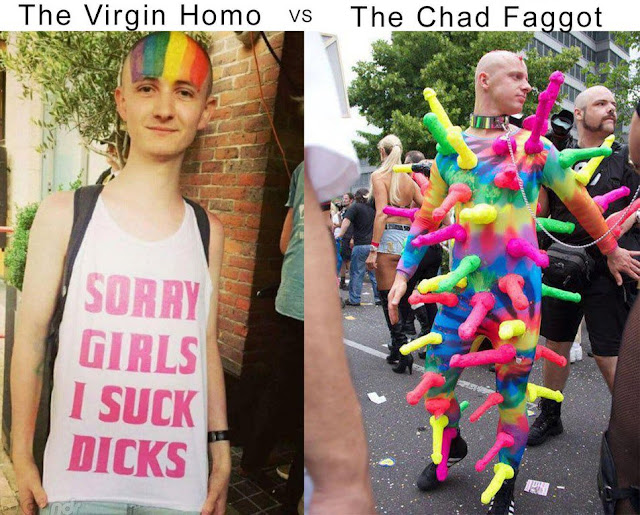