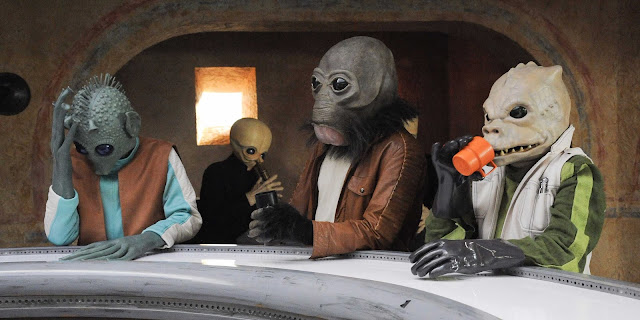 Diversity is like a virus, or Divirus. It is a disease or Diversease. It is a meme as a parasitic 'ideorganism' that burrows into white people's minds not unlike hookworms, fleas, and lice that, once attached to their hosts, are difficult, if not impossible, to get rid of.

Diversity doesn’t really mean diversity per se is great. It's just a parasitic mind-trick to fool rich successful nations into letting in outsiders from poorer ones.

As it turns out, the most successful and prosperous nations have been the relatively homogeneous ones in Europe and East Asia, especially Japan. The thing is organisms(and humans are organisms) want to migrated to and invade places that are more bountiful, efficient, and convenient.
But how do you convince homogeneous prosperous nations that they must open up to foreigners? You infect them with the diversity virus or divirus. Make them feel bad or shameful for being homogeneous and not diverse enough. Make them feel something is wrong about their society for lacking sufficient diversity. Make Diversity morally assertive and make lack of diversity morally defensive. Make Diversity-Deficiency a kind of social malady, disease, or dysfunction(even though white societies were far more functional with homogeneity).
Fool them into thinking diversity is noble and wonderful whereas homogeneity is wicked and evil. Tell them that Diversity-Disease or Diversease is the cure whereas Healthy-Homogeneity is an illness. Fool them into thinking their societies will be improved with diversity. But if diversity is the magic pill, how come so many diverse nations in Latin America, North Africa, and Central Asia are failures. How come India is such a mess whereas relatively homogeneous China has achieved more? Who really thinks Israel will be better if filled with more Africans and Muslims at the expense of Jewish demography? (The only successful nation with diversity is the US, but this has to be seen in proper historical context. In its formative stages, the US was far less diverse than Latin America that has always lagged behind. Also, the white North was more successful and productive than the diverse South with lots of blacks. And, until 1965, the US was 90% white. And even Ethnic whites who arrived in early 20th century were Anglo-Americanized by education, culture, and propaganda. And we must remember that the US rose to great power status long before the 1965 immigration act. Diversity didn’t make America rich and powerful. If anything, America attracted diversity because its relative homogeneity was far more successful than the preponderance of diversity in Latin America. Also, the ONLY two non-white-gentile groups that contributed something unique to America have been blacks and Jews. Blacks had a huge influence on music, and Jews contributed in many brainy fields. But to get the full picture, one mustn’t overlook the negative cost of black presence in the US, what with all the crime, pathology, violence, thuggery, corruption. Also, there is a dark side to black music, especially in rap, that promotes sociopathic tendencies, nihilism, and neo-savagery. As for Jews, their spread of PC has done incalculable damage to the West, and their war-mongering has made a total mess of the 21st century. Europeans who see ‘cool badass hip’ blacks in US sports, music, & movies and want some of that stuff in Europe fail to see the bigger picture of black impact on the US: Detroit, Baltimore, Ferguson, and etc. Is Detroit worth it because of Motown? Should Japan Detroitize its cities with lots of black crime & pathology in the hope that its music culture might become more ‘vibrant’? But then, if you want to listen to black music, you don’t need blacks. Just buy a CD or download stuff on the internet. It's like you don't need real Italians or real Chinese in your nation to learn how to make pizza or chop suey.)

So, all this Diversity talk is disingenuous. If homogeneous nations in Europe, Japan, US, and Canada were dirt poor and famished, no one would press diversity on them. No one would want to go there, so who’d care if they accepted foreigners or not in the name of Diversity? After all, no one presses Cameroon, Mozambique, or Bolivia to embrace more diversity. Diverse or homogeneous, what does it matter? Who’d want to move to a failed black African nation? Who would want to move to messy India(unless one can be assured of good job and can live in the nicest parts; being poor in the US is preferable to being middle class in India).

If white nations were poorer than non-white ones, no one would care if whites embraced diversity or not. It just so happens that whites are best at creating wealth, producing nice stuff, and running functional societies. And foreigners want access to the White Cow to drink the milk. Since they have no ancestral claim or national right to white lands, they invoke Diversity as a noble ideal to gain access. And plenty of cucks in the West, having been mentally colonized by globo-homo PC, fall for this shtick.
Jews pioneered this mind-trick since their success and power have depended on access to white non-Jewish nations, even to the point of gaining elite domination over them. Any idea of a ‘World of Our Own’ for whites is anathema to Jews since it means Jews may be left out in the cold(and made to live in non-white worlds where the natives aren’t so nice and productive as whites are).

So, Jews have persuaded whites that it is ‘racist’ for whites to have things for themselves: White lands, white wealth, white institutions, white women, and etc. must all be made available to non-whites and Jews. And then, non-whites of all stripes have allied with Jews to make the same demands.

Once whites are infected with Divirus, they can no longer have anything to call their own. Even their past history is retrofitted to serve PC. So, BBC now makes historical shows with blacks and other non-whites in white roles. Even past history must be ‘corrected’ and made diverse to send a message to whites that ANY vision of a ‘world of our own’ must be banished from white minds, past-present-and-future. Don’t even think about it, don’t even feel nostalgia for it. Even memory is ‘racist’ unless the past is rewritten as a 'diverse' narrative. Just like the Tyrell Corporation in BLADE RUNNER implants someone else's memories into Rachel's mind, Jewish Power is implanting false historical memories into the minds of whites. Thus, impressionable white British children now grow up seeing black and non-white characters as key figures and heroes of British & European History on TV and in movies. Donna Zuckerberg, a disgusting Jewish globo-homo agent, says Ancient and Medieval periods of Europe weren't white but belonged just as much to blacks, Muslims, and Asians. I suppose Poles should celebrate the Mongol incursions into their territory. And Spanish should celebrate their subjugation under the Moors. (Using this logic, the French have just as much claim to Vietnam since they once invaded and ruled over it.) To Jews, white people are mere 'replicants' whose minds exist only to be messed with.

Once whites have been infected by Divirus, whatever they do must ‘include’ non-whites. So, if whites want to move from the browning city and settle in the suburbs, the suburbs too must eventually surrender to diversity because, otherwise, they’d be ‘non-inclusive’, therefore 'racist' and evil. They are to be inspected and penalized for lack of diversity. Diversity is offered as a vitamin but it's really a virus.
Whatever whites possess(through inheritance or ingenuity) must be shared with others. Because this idea has been virally programmed into the very core of the white ideological DNA, it is now deemed wrong for whites to do anything without adding diversity. If whites want to go to Mars and settle a colony there, they MUST include diversity even if all the science and funds were provided by whites. So, non-whites are allowed to freeload and piggyback on whiteness. And there is white-shaming for whites who create anything that resembles a World of Our Own. According to the Jewish Narrative, white scientists not only stole the labors of Jewish genius but hid the contributions of blacks who were REALLY responsible to sending American astronauts to the Moon.

Related to Diversity is the virus of ‘Inclusion’(really a euphemism for invasion). It’s just parasitism on the part of non-whites to leech off whites. Since non-whites can’t do much on their own, they must rely on the white world to have nice things for themselves. So, they invoke ‘inclusion’ to pressure whites to ‘include’ non-whites into anything nice created by whites.

Now, if non-whites really believe in racial equality(as they claim to), they must believe that non-white nations can have nice things too. After all, Latin America is huge with tons of natural resources. Africa has lots of nice places, lots of people, tons of natural resources, and has great potential. The success of white farmers in Zimbabwe, Kenya, Uganda, and South Africa in the past is a testament of what people can achieve in Africa if they really have a mind to. PC says all races are equal, so all peoples must be equally capable and should be able to have nice things in their own nations by doing what whites did in white nations.

But, of course, races are different, and some races fail badly at creating and running modern societies. So, the only way they can have Nice Things is to gain entry into the White World. But they have no ancestral right or national claim to white lands. (In the New World, only American Indians have ancestral claim to the land. Only they can make a moral claim against whites who conquered. In contrast, non-whites around the world have NO moral claim to come to America or Canada as the New World wasn't taken from them.) So, they rely on the guilt-tripping ideo-virus of ‘inclusion’ that makes white people feel 'guilty' for not ‘including’ masses of non-whites. Under PC-mental-infection, whites feel good only when they allow ‘inclusion’, which really means invasion, via which so much of nice things created by whites are leeched by non-whites. We are often told that the Chinese Exclusion Act was a horrible thing. But why? Didn't the Chinese invade and take over Tibet? Do the Chinese invite people from all over the world to share in the colonization of Tibet? It seems Tibet is for Han Chinese Only and excludes the rest of the world.

On the other hand, I can understand why white folks prefer immigrants to blacks. Better to use immigrants as buffers.

Blacks are more muscular and more aggressive, and black violence terrifies whites. Immigrants are useful buffers against blacks, esp. for purposes of gentrification: http://takimag.com/article/las_dirty_little_brown_secret_david_cole/print
at October 20, 2018