The Obstacle to Honest Discussion of Diversity, Jews, Blacks, and Homos is the Cult of Sacramentalism — Also, the problem of the Millennial Bunghole Apocalypse 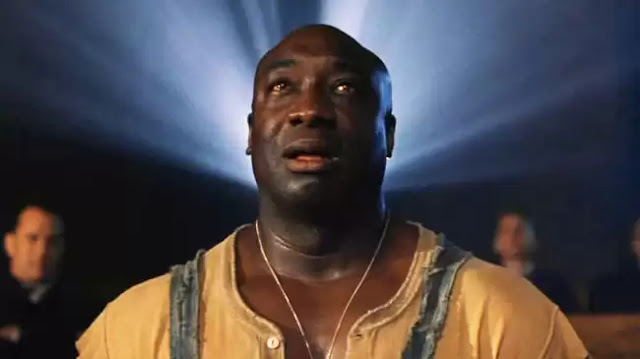 Whether a society is theocratic or ideocratic(defined by secular ideology), certain ideas, images, idols, and/or icons are held up as holy, sacred, divine, and/or irreproachable. It goes beyond factual value or utilitarian worth. It is what makes the society feel justified, redemptive, inspired, uplifted, and/or righteous(and maybe better than other societies).

Sacramentalism has value insofar as it provides emotional or spiritual(or quasi-spiritual) meaning(and even uplift) to the people of that culture. But it comes with a certain danger: When something is held up as sacred or holy, it becomes taboo to say or do anything that offends the official sanctimony. Now, if what is upheld as holy or sacred is the absolute truth, it may cause little harm to prevent views or actions that threaten to demean that truth. For example, if people are forced to accept 2 + 2 = 4 as truth and forbidden to claim that 2 + 2 = 5, could it really do much harm?

But few things in life can be said to constitute the absolute truth. Even hard sciences undergo paradigm shifts. Social sciences and social values(being more heavily influenced by societal norms, political power, and ideological biases) are suspect as final arbiters of truth. So, in order for there to be advancement in our understanding of humanity, we need a spirit, culture, and system of free inquiry and open exchange of ideas. Ideas and views that challenge the Official Truth may or may not have lasting value, but unless there is freedom to challenge the Official Dogma, what we have is Sacramentalism as the dominant cultural authority. And this is no less a problem in modern secular societies as in medievalist theocratic ones. Consider the two stories:

The first story happened in Saudi Arabia, a medievalist theocratic state. The second story happened in UK, a modern secular republic(or democracy). No two societies couldn't be more different. And yet, there is an eerie similarity to the two stories. What are they? They are both the result of Sacramentalism.

In Saudi Arabia, Islamic Law is sacred. For non-Muslim observers, the death of Saudi girls in the fire in the above-linked story sounds horrible and totally unjustified, and I would concur. But we don't share in those sacramental Islamic values. For ultra-devout Muslims for whom their religious laws aren't merely the rules of man but the divine decrees of God, what is Holy is more precious than mere mortal lives. I'm sure even hardcore Muslims were saddened by the deaths of those girls in the fire, BUT more sacred to them was the preservation of Islamic Laws and Tradition.

In the case of UK, there is the neo-religion or neoligion of Diversity and 'White Guilt'. Generations have been drummed with the PC mantra that 'diversity is our strength' or DIOS(the new deus of the West). It is not to be disputed. To disagree or dissent from Diversity-as-Sacred is to be a bad evil person, a 'racist', gasp gasp. It is an article of faith to worship Diversity. Also, white Britons have been weaned on 'white guilt' that was supposedly inherited from crimes of British Imperialism. (But then, there is also an element of closeted-white-pride among some Britons insofar as non-white masses seem to prefer white UK over their own homelands ruled by their own kind. Thus, UK is remade into a mini-facsimile of the Old Imperialism for those who secretly hark back to the Age of Empire: UK as theme park of Britannia ruling over diverse peoples. Also, even though 'white guilt' is supposed to browbeat the white masses into timid obeisance, it has also become an opportune article of neo-haute faith among the snotty elites who turn up their noses at the hoi polloi who ask, like Oliver Twist, "Can we have a little less invasion?" HOW DARE YOU ASK FOR SUCH, YOU LOWLY RACIST!!)
Since Diversity and 'white guilt' are sacrosanct in the new UK, any fact or revelation that exposes PC assumptions as falsehoods(or half-truths at best) must be suppressed, indeed denounced as demonic. And those who dare to speak inconvenient truths must be castigated as heretics.
The result was silence from law officials who knew all-too-well what was happening in Rotherham. But they remained mum out of fear of being condemned or excommunicated as 'racists' if they'd bothered to sound the alarm about those white girls being abused by Muslim sex traders and rapists.
Likewise in the US, many military men who suspected something wrong about Nidal Hassan(the Fort Hood shooter) kept silent lest they be suspected of desecrating the magic spirit of Diversity(as our 'greatest strength'). So, the shooting that could have been prevented based on troubling signs in Hassan's behavior was allowed to happen.

Also, one of the airport security officials said he sensed something strange about Ansar-Al-Fatah on 9/11, but he didn't say or do anything since it went against the spirit of 'Diversity' as America's greatest strength. And then, consider all the time and energy wasted in the US by having everyone(even old white ladies) inspected at airports when young Muslim men are prime suspects as terrorists. All that wasted energy and resources were also due to the sacramentalism of PC.

Due to the Sacramental place that blacks occupy in the US narrative stemming from the Civil Rights Era, it's nearly impossible to speak honestly about the problems of race, especially as they pertain to crime and violence. The Holy Narrative would have us believe that these saintly and wonderful blacks suffered so nobly as slaves. And blacks were completely in the right and white segregationists were completely in the wrong during the Civil Rights Era. So, blacks are tragically holy, whereas whites must atone for their great 'sin'. Now, there was slavery and oppression of blacks in American History. And there were morally compelling themes in the Civil Rights Movement. But the real history is far more complicated than the Ken-Burnsy fairy-tale we've been getting forever.
True, blacks had to labor as slaves, but slavery was hardly unique in the world. Also, the only reason why many black slaves seemed relatively docile and nice(in Uncle Tom-ish ways) was out of the fear of the white man's whip and gun. It had nothing to do with the innate nature of the blacks, which is more aggressive and brutish than the natures of other races.
And segregationists were partly justified in their fear of the Negro as the black man is bigger, more muscular, stronger, tougher, and more aggressive than the white man. And the ensuing racial mayhem committed by blacks all over the US(and not just against whites) attests to the problems of real differences among the races.
So, even though there are compelling arguments in favor of the Black Narrative, the counter-narratives are valid in their own way. There is no single truth that explains everything. No social or historical truth is so sacrosanct that nullifies all other narratives. (It's like the Narrative of Jews-as-killers-of-Christ-as-Son-of-God is just one side of the story. For one thing, Jews don't believe in the Divinity of Jesus, so even if they were to claim responsibility for His death, they wouldn't feel that they killed the Son of God or the Messiah. Jews are not tainted for all time because of what they did to Jesus nor are they holy for all time because of Shoah.) But PC insists that we treat the Black Narrative as holy, the only acceptable one. As our society worships the Magic Negro, MLK cult, and Civil Rights Movement as a battle between angels and demons, we can't have a honest discussion of race and racial problems. The narrative keeps reeling back to some old movie with Gregory Peck defending an innocent Negro falsely accused. TO KILL A MOCKINGBIRD is like the GROUNDHOG DAY of the American Narrative. No matter what Negroes do, we are back to ground zero of Innocent Saintly Negro vs all those wicked white 'racist' bigots. That serves as the template of our discussion of race even after blacks rob, rape, riot, and rampage.

As for global affairs, the most dangerous 'Sacramentality' of America is the Icon of the Holy Jew. Because of the Holocaust-as-neo-religion, we are supposed to worship Jews. We are not supposed to say anything critical of Jewish Power lest it be 'antisemitic' which may soon degenerate into 'Nazism', thus paving the way for new holocausts.
Now, if Jews were powerless or just regular folks in the US, such protection of Jewish sensitivities couldn't do much harm. But Jews are the most powerful people in the US, the most powerful nation in the world. Worse, Jewish control of foreign policy led to Wars for Israel that decimated innumerable people in the Middle East: Mostly Muslims but lots of Arab Christians too. Also, Jewish bitterness at Russian sovereignty(as barrier to total Zionist takeover) led to the 'new cold war' that may even turn hot.
It's interesting that Conservatives express outrage at Saudi Arabia for sacrificing 15 girls to defend Islamic sacraments, but these Conservatives seem unaware that their near-worship of Jewish Power has made them turn a blind eye to how megalomaniacal Jewish Power has steered US foreign policy toward wrecking entire nations, killing 100,000s of people, and uprooting millions into refugee status. 15 dead Saudi girls, that's an outrage. But 100,000s of dead Muslims and Arabs and all those US soldiers who returned in body bags or with mangled limbs? Who cares?

As Jesus said, "Whoever is without sin among you, let him be the first to cast a stone at her."
Americans, who in their worship of Holy Jews, hurl bombs all over the world and destroy entire nations, should be the last ones to be casting blame on others for sacrificing lives for an idea or icon.

And then, there is the problem of Millennials and the Cancerous Bunghole, aka the Millennial Bunghole Apocalypse. How did this happen?

Since homos are holy, we can't say anything that might offend their sensibilities. So, the younger generation was not informed of how fecal penetration or poopjobs increase the chance of anal cancer by 17 times. Also, insofar as pornography promotes homosexuality and interracialism among young ones, it too was allowed to spread all over the internet, and the result is young girls grew up with the idea that taking it up the butt is part of the 'new normal' in sexual behavior. The result is many more cancerous bungholes, some of which will lead to deaths.
But there is no concerted effort to inform young people of the dangers of fecal penetration because homos are sacrosanct(and kinkery is so 'cool'). But then, this is a country that still cannot face up to the fact that the MAIN REASON why all those homos dropped dead like flies in the 80s and 90s was because they were buggering one another all over the place in wild abandon. But homos, like Jews and blacks, are holy according to PC, so they must never be blamed for anything. Just blame it on "Reagan's Indifference".

So, all those who feel smugly superior to Saudis who allowed 15 girls to burn to death in the fire should really look in the mirror. They say nothing in face of the Millennial Bunghole Apocalypse.
at October 04, 2018