Why is Jewish Politics so dirty? — Does Jewish Power practice Foreign Policy within the American Body Politic? — What happens when National Politics takes on the coloring of Foreign Policy? — 'Mossad' and 'Palestinians' as Metaphors 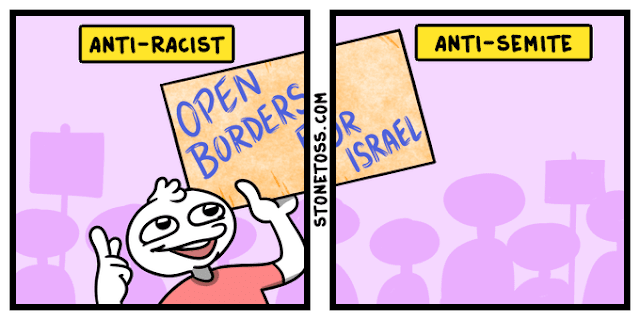 The above essay by Ron Unz details the various acts of terror, assassinations, and other extra-legal measures taken by the Mossad and secret Jewish organizations. Most striking is how brazen Jewish Power has been even in nations that are thought to be supportive and protective of their lives, wealth & interests, and of course Israel. What is the mentality behind such an attitude and worldview among Jews? And what does this say about the nature of Jewish Politics in the West? Do Jews practice a kind of Foreign Policy in goy nations despite being national citizens in them?

Why is Jewish Politics so dirty? Perhaps because Jews regard all politics(except in Israel) to be a matter of Foreign Policy. (Of course, there's plenty of corruption and dirty dealings in Israel, but Israeli political dynamics is still a case of healthy national politics where rulers are mindful of the needs of the ruled as fellow Jews.) What is the striking feature about foreign policy as opposed to domestic policy? The former tends to be far more Machiavellian, cynical, opportunistic, and gangster-like. We can see this in the dichotomy of US national politics and US foreign policy. While there's plenty of foulness and filth to be found in both, there is a limit to bad behavior in national politics. No matter how much the President or the Deep State hates someone in the US, he or it cannot use drone strikes against him. George W. Bush could kill any number of Iraqis but couldn't send goons to take out Michael Moore. Trump cannot anyone in the US like he took out Soleimani the Iranian. The Democrats can't hire ISIS or 'moderate rebels'(as done in Syria) to slaughter American Conservatives. People of the nation have rights and/or voices, and the rulers and the ruling class must maintain legitimacy as elites with good intentions. Indeed, it is telling that both Joe Biden and Donald Trump got in hot water in relation to Ukraine. Apparently, both felt that they could get away with pulling some stunt in a FOREIGN country that wouldn't pass muster in the US. (Granted, there are nations where domestic politics is pretty brutal and lawless, but then, such regimes rule more by secret police and fear factor than with genuine legitimacy. North Korea would be a prime example. But in nations like the US, Russia, Iran, and China, the rulers must maintain some genuine measure of support and trust among the populace, the 'mandate of heaven' thing. And that means the elites can't just do ANYTHING and get away with it.)

It's been said the US president must abide by the Rule of Law in the US but can act almost like an imperial-dictator in relation to the world. Consider how Trump got away with assassinating Soleimani. And US tramples on feeble 'international law' as it continues to occupy Syria, Iraq, and Afghanistan. When it comes to foreign policy, the only rule is "If doable, we do it." So, Obama got away with wrecking Libya, engineering a coup in Ukraine, and aiding crazy terrorists in Syria. And US foreign policy in Latin America has been dismal overall, even supporting 'death squads' to prop up allies against the rise of the masses or Marxist insurgents. FBI has abused power in the US but nothing like what the CIA did overseas. National politics is like City Hall. Dirty and corrupt but within some limits of Rule of Law. Foreign policy is like gangsterism, and this is true of every nation. The CIA was all over the map. It funded modernist art in Eastern Europe and aided ultra-conservative Islamists in the Middle East. The only rule was 'enemy of my enemy is my friend', with former friends suddenly becoming enemies and vice versa. CIA worked with China to prop up remnants of Khmer Rouge against the Vietnamese who once occupied Cambodia. And of course, the foreign policies of nations like China, Russia, Iran, and etc. have also been gangsterish and even ghoulish at times. Foreign policy is like gangsterism plus the Wild Wild West. As different nations have different interest, different norms, and different conceptions of rules/laws, there is an absence of universal standards and values. And so, the US, in one moment, denounces Iran as a theocratic tyranny, and then turns around to embrace Saudi Arabia as a most valued ally. In America, when the elites say Segregation was wrong, they better mean it. But American morality is a game of smoke-and-mirrors outside the US as the very politicians who endlessly remind us of the bad ole days of Jim Crow have no issues with neo-apartheid in West Bank against Palestinians. 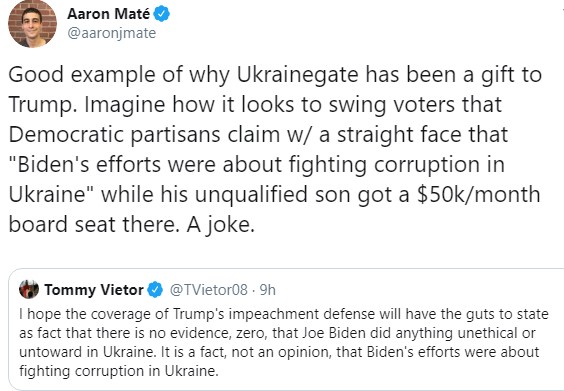 The problem with Jews is that they are minorities in all nations except in Israel. Now, if Jews hadn't gained great power in goy nations, none of this would matter. But in fact, Jews have gained power that ranges from considerable to tremendous to even dominant in goy nations. Jewish power is considerable in certain Eastern European and Latin American nations despite their tiny numbers. Jewish power is tremendous in France and UK, even in Russia. It is dominant in the US, the lone superpower. Now, if Jews in whatever goy nation primarily identified with the majority goy population, their politics might be more humane, considerate, normative, and responsible within respective national contexts. But many Jews regard goyim as The Other, and that means Jews regard just about all politics(except in Israel and within Jewish communities) as a matter of Foreign Policy. So, Jewish American elites think not in terms of National Politics but regard even US politics as just another game of Foreign Policy, a matter of Jews and Goyim or Jews vs Goyim. Jews regard goy Americans like US government regards nations like China, Iran, Russia, Saudi Arabia, Syria, Ukraine, Poland, Venezuela, Mexico, Colombia, Egypt, etc. Just like the US government acts the gangster in Foreign Policy, lawlessly going to any length to make or break alliances to maximize power and position, it seems Jewish American Power has few qualms about doing even the most outrageous things WITHIN the US in the name of "Is it good for Jews, Zionism, and Israel?"
This has huge repercussions for all of America because Jews are the ruling elites, and thus set the tenor of power for the rest of the people. If this style of politics continues in the US, there won't be any real National Politics left as the Foreign-Policy mindset will come to define and determine all aspects of power and relations. (In a similar vein, Latin American politics has been lousy because the white ruling elites always regarded the non-white majority as the Other, and of course vice versa. Despite all the flowery rhetoric of all Latin Americans being happily mixed, there have always been racial demarcations. Latin American elites regard the brown national masses as 'foreigners' and vice versa, and this accounts for why the politics there have especially been gangsterish. When dealing with 'foreigners', anything goes. It seems Jewish elites look upon goy Americans like how white elites in Latin America look upon brown masses. Thus, national politics turns into a kind of foreign policy where Machiavellian gangsterism takes precedence over any notion of Rule of Law or the Good of the Nation.)

Whether it was stealing US atomic secrets, assassinating Americans(and other goyim), planning terrorist attacks, crushing free speech, undermining border security, pushing tons of Africans & Arabs into Europe, abusing the most unscrupulous use of lawfare(which is mafia-like perversion of the law), using control of finance to destroy lives, springing Jewish crooks from jail, spreading the most outrageous lies via media monopoly -- just how can a nation that calls itself a 'liberal democracy' with a 'free press' get away with something as surreal as 'Russia Collusion' Hoax? -- , peddling opioids & other drugs that killed whites at near-genocidal levels, indulging in the rankest hypocrisy of denouncing nationalism & 'white supremacism' while compelling all Americans to praise & protect the Nation of Israel and praise Jews, Jews, Jews, and etc., the result has been that American Politics no longer resembles National Politics. We don't so much feel like Americans being guided by National Interest but as foreigners being terrorized or manipulated with the most cynical set of carrots-and-sticks by an alien entity. 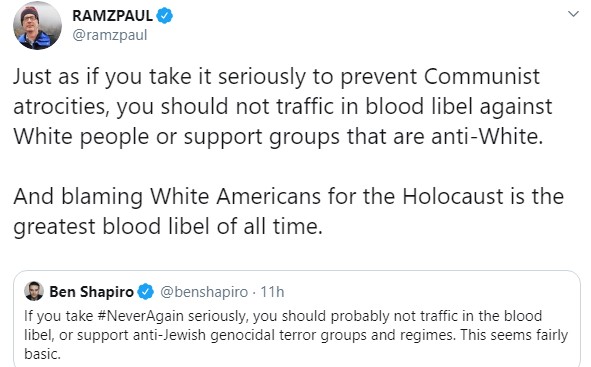 Given the current state of affairs, the 'Mossad' can serve as a useful metaphor for Jewish Power in the US. While Jewish Power doesn't go around literally assassinating or bombing goy politicians, it has ways of destroying just about anyone, and the reasons have almost nothing to do with whether someone is good or bad for the nation but everything to do with whether he's good or bad for Jewish Power. When judged bad-for-Jews, he is destroyed by the combined drone-attack by media, deep state, and power of blackmail, as we learned from Jeffrey Epstein. And even when some Jews are outed and brought down, as with Bernie Madoff, the Jewish-mafia-media narrative is that Madoff mainly hurt poor poor fellow Jews and it's terribly 'antisemitic' for anyone to say otherwise. If Mossad is a useful metaphor for Jewish American Power in general, 'Palestinians' are a useful metaphor for the great masses of goyim. When the norms of Foreign Policy prevails over National Politics within the very nation, the name of the game is gansterism all around. In a way, globalism, by spreading Diversity all over the world and severing the jugular vein between the national elites and national masses, has facilitated the spread of gangster politics. When a predator attacks a larger prey, it attempts to bite the back of the neck to sever the nerves that connect head to body. Once severed, the body goes limp, paralyzed. America had a healthier national politics when the white head was connected and responsive to the white body. 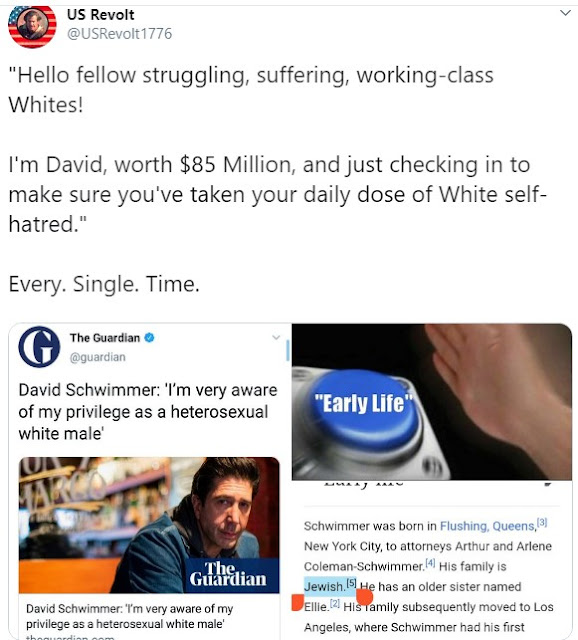