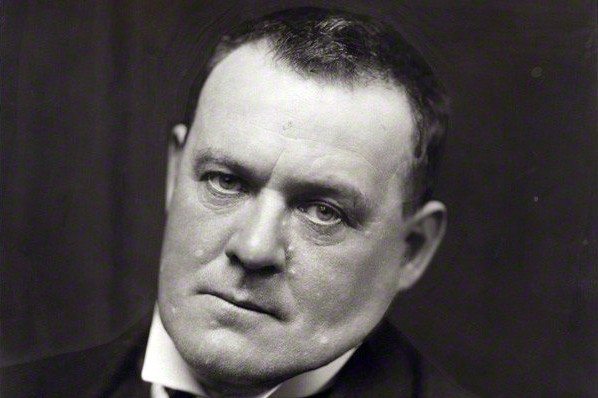 
We have seen how the material political power of Islam declined very rapidly during the eighteenth and nineteenth centuries.

Did it decline or fail to keep up with the West? Maybe the Muslim remained where it was while the West advanced technologically. If someone stands still while you walk forward, he's not moving backward even though he will increasingly fall back behind you.


Cultures spring from religions; ultimately the vital force which maintains any culture is its philosophy, its attitude toward the universe; the decay of a religion involves the decay of the culture corresponding to it – we see that most clearly in the breakdown of Christendom today. The bad work begun at the Reformation is bearing its final fruit in the dissolution of our ancestral doctrines – the very structure of our society is dissolving.

But the real benefit of Christianity was not that Western culture sprung from it but that the culture had something to fall back on when things went south. Christian moralism has stood in the way of cultural inspiration and creativity. Even though Renaissance artists created many religious works, the true spark and inspiration were neo-pagan. But paganism has a way of becoming decadent, nihilistic, and idolatrous, a narcissism of power and beauty. Christianity provided some balance to such tendencies. The main creative source of Western Civilization is Greco-Roman and even Germanic imaginations. But creativity isn't necessarily moral; it is also elitist and belongs to a few. As such, it can't for long serve as the basis of a stable civilization. Morality must be the core values of a people, and that is where Christianity proved most valuable. Not because culture sprung from it — Western Civilization was already great and accomplished before its conversion to Christianity. As for the Reformation, it was a response to the corruption and decay of the Catholic Church that came to overly rely on rituals and idols than on creed and conviction. For awhile, Reformation restored Christian passion.


In the place of the old Christian enthusiasms of Europe there came, for a time, the enthusiasm for nationality, the religion of patriotism. But self-worship is not enough, and the forces which are making for the destruction of our culture, notably the Jewish Communist propaganda from Moscow, have a likelier future before them than our old-fashioned patriotism.

But patriotism is not about self-worship. It's not about worship at all. It's about pride and preservation of heritage. It is not a religion in and of itself. Also, spirituality can be made a part of patriotism and nationalism. This is most evident in Judaism and its Covenant that fuses tribalism with spiritualism. In a similar vein, Christianity can be made part of national heritage, i.e. while Christianity is for all the world, each people can stress their own story of how they came to the Faith, and that particularity within universality should have been stressed. Consider the Russian Orthodox Church. It is Christian and Nationalist. Likewise, Buddhism has a nationalist element among Tibetans, Vietnamese, Burmese, and etc.

In the end, Jewish capitalism turned out to be far more damaging to Western Man. Though Jews were heavily involved in communism, its triumph came to suppress Jewish power that relies on individual enterprise, tribal networking, and meritocracy to realize its full potential. In all communist nations, the Jews eventually lost out to the non-Jewish majority as communism is about The People and Mass Mediocrity.

The reason why nationalism came more naturally to Europeans is because European societies developed from agriculture. In contrast, Arabs were nomadic and generally didn't put down roots in any part of the desert. They were movers, traders, and raiders. Of course, in time, Nationalism began to fade among Europeans with increasing urbanization and globalism that made it easy for Europeans to move abroad and for non-Europeans to move into Europe. Nomadism is intrinsic to globalism. Wings rule over the feet.


History often turns upon unexpected personalities. The West has been fairly lucky that no outstanding man has arisen in Islamic world. Since 1936, probably the two most remarkable personalities have been Nasser, who was more of a Bonapartist modernizer demagogue than an Islamist, and the Ayatollah Khomeini.

This may be true of past history when Muslims had a chance of literally conquering the West like the Mongols also nearly did. But in the modern era, why would the emergence of a great Muslim leader be bad for the West? Did Ayatollah call for invasion of the West? No, all the stuff about 'great satan' was mostly rhetorical. Kemal Ataturk wanted peace with the West and Westernization for Turks.

The main reason why Gamal Nasser and other notable Arab/Muslim leaders lost out is because Jews gained power in the West and used West as a proxy against the Arab/Muslim World. Israel was a Western creation of Jews and whites who supported, defended, and supplied Zionism at every turn.

The West, under Jewish Power, also crushed Saddam Hussein who, though a horrid person, did much to modernize Iraq. Living standards for most Iraqis were pretty decent prior to the Gulf War.
For all the problems among Arabs, their societies would be far more accomplished if not for Jewish control of the West and use of Western power as proxy of Jewish agenda. Iraq today would be formidable if not for the Gulf War, semi-genocidal sanctions, and the invasion. Iraq was also building nuclear power plants before they were bombed by Israeli jets with US support. Syria would be in much better straits if not for Neocon agenda of sending and aiding terrorists. Gaddafi made real gains in Libya before Jewish-ruled West destroyed it. And Iranian economy would be much stronger if not for sanctions forced by Jewish-controlled US. If it came down to Jews vs Muslims, Jews would not necessarily win even though, pound for pound, they are smarter than Arabs/Muslims. The real secret to Israel's success and Muslim world's failure is that the Jews control the West that does the bidding of Zion. But suppose a Muslim-controlled West sanctioned Israel for its war crimes and dropped bombs to kill Israel leaders and figures. Where would Israel be?