US Politicians who bark madly at Russia or China are not really crazy; it's calculated shtick to win approval from Jewish Supremacist Rulers of America — When Zionic US accuses China of 'genocide' against Uighurs, why doesn't China point out US Support of Zionist 'genocide' of Palestinians? 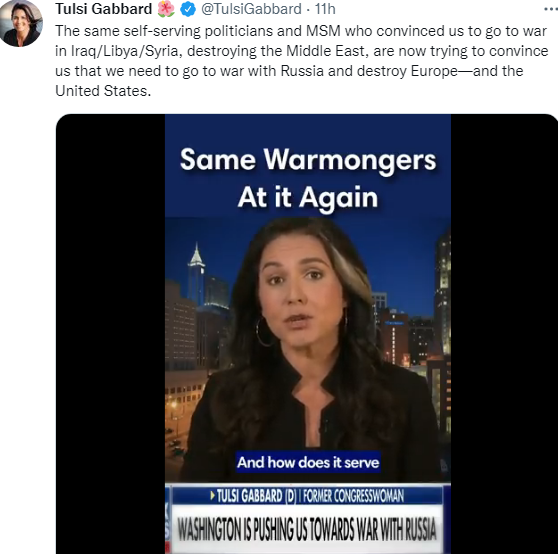 
Some say the (Jewish-manufactured) crisis in Ukraine has nothing to do with US national interest, but that is to miss the point. The current US has no and can have no National Interest because it operates as a GLOBALIST entity ruled by World Jewry. As the metropole of globo-Jewish-Supremacism, the role of US is to serve global interests(not talk of national interests), and Ukraine has fallen under the shadow of Jewish imperial ambition that eventually eyes the takeover of Russia, a vast territory that Jews regard as a world of drunken slavs whose destiny is to serve Jews. After all, if Jews conquered and soul-enslaved the great Anglos, who the hell are the lowly backward Slavs to say NO to Jewish Dominance? Of course, Anglo-Cuck or Angluck dogs serve Jewish power in the War on Russia.

If US operated on the basis of National Interests, it would have strong borders. Rather, US domestic border policy is much like its imperial policy. Non-white masses are encouraged to invade across US borders, and US power tramples around the world with military bases and war games, even where they are not invited, like Syria.
Jews rule the US, and their agenda goes as follows: "Hey, hordes of nonwhites, come across US borders and replace the white population", and "White cuck soldiers, go overseas and violate the borders of other countries to spread Zio-globo-homo hegemony, Afro-savagery, and Jewish financial terrorism." There can't be any American National Interest in this madness. It's just Imperial Interest devised by Jewish Globalist Supremacists to prioritize Zion.

Tucker Carlson, Tulsi Gabbard, and some others critical of the current regime's saber-rattling against Russia are calling it ‘lunatic’ and ‘crazy’, 'sadistic' and 'cruel', but the real problem is actually a lot simpler.

The GOP cuck senator Roger Wicker isn’t really crazy. It’s not really about Nuclear Armageddon because NO ONE believes in such a war nor desires it. It’s just a pathetic case of cucking to Jews by making noises they want to hear. Wicker knows Jews got the power and Jews hate Russia(for whatever reasons), and the easiest way to receive more donor money and win favors is by making the kind of noises that’s music to Zio-Globo ears.

That's pretty much it. It's calculated and rational(as cuck behavior) than genuinely crazy(as warmonger). It’s like dogs barking to win the approval of masters. “Look, master, I’m barking, I’m barking, to show I’m a good dog always on your side.”

The problem with politics isn't genuine craziness among goyim such as Roger Wicker and all the anti-Russia barking dogs, Ted Cruz included. None of them would be making such noises if Jews didn’t rule. It’s just a sign of pathetic cravenness and cuckery than mental lunacy.

But Tucker Carlson and Tulsi Gabbard would rather pretend that politicians just went batshit crazy out of the blue. It's because, when push comes to shove, they too are afraid to name the Jewish Power. But if by some miracle they could muster the courage to name the real power, they could explain current events honestly as a case of Jewish power-grab for world hegemony and of goy cucks in US government making ANY NOISE, however ludicrous, to please and appease their Jewish masters.

The game of politics is like this all over the world, so why would it be any different in the US where Jewish Supremacists are the pimps and the goy politicians are the prostitutes? In any country, most politicians learn to make the right noises. Under Saddam Hussein, Iraqi politics was about loving whatever he loved, hating whatever he hated. In North Korea, it’s about loving whatever Kim seems to love at the moment and hating whatever he seems to hate at the moment. Whatever Big Brother loves, we must love. Whatever he hates, we must hate. There's little individual or moral agency in US politics that is dominated by big donor money(much of it Jewish), deep state shenanigans(orchestrated by Jews), and big media(monopolized by Jews). In the US, the politics is mostly about goy cucks loving whatever Jews love — "Muh Israel!" — and hating on whatever Jews hate. It’s politics of canine behavior. If Jews were to lose their hatred of Russia tomorrow, goy dogs would no longer be barking mad at it. It's really that simple. To gain Jewish favoritism and support, Roger Wicker just decided to bark the loudest. It makes him look tough, but it's just servile canine behavior as dogs have no agency and only look to please their master.

Jewish Supremacists who rule the US not only push the anti-Russia but the anti-China line.

The JAB(Jews around Biden) are pushing the Anti-China line for two reasons.

1. To darken rising China’s place in the world and subvert its relations with Muslim nations.

2. To distract Americans from the fact of Jewish Power(that really rules the US) by making them fixate on Yellow Peril.

This leads to an interesting question. Why don’t the Chinese(who know full well Jews control the US) return the favor and call out on Jewish-run US as the sponsor of ‘genocide’ in West Bank(against Palestinians) and the Middle East(against Arabs/Muslims in general)? When Jews kick China in the shin, why don’t China respond in kind? How come JAB(Jews-around-Biden) can denounce China of ethnic cleansing, but China cannot do the same to Jews on the Palestinian question? Similarly, JAB(Jews-around-Biden) accuse Putin of aggression in Ukraine, but Russia never calls Israel out on its crime against Palestinians.

Of course, it’s been pointed out China and Russia maintain good relations with Israel. But if so, why don’t Israeli Jews ever stand up for China and Russia against American Jews who shit on Russia and China?

Have Jews come to be so holy and almighty in 'world opinion'(90% of which is, of course, Western) that Russia and China feel they must be careful to steer clear of ‘antisemitism’ and have some Jewish friends on their side as 'moral insurance'? So, even when JAB(Jews-around-Biden) smear China and Russia with horrible accusations, the only thing China and Russia can hope for is to fall back on their close ties with Israel to show that they’re on good terms with the Tribe? But really, what do China and Russia get out of their ties with Israel? When have Israeli Jews ever intervened on behalf of China & Russia and pressured US Jews to knock it off? Donald Trump went out on a limb for Israel, but did Israeli Jews do anything to calm down Jewish American hostility against him? No, never. (And recall Apartheid South Africa's closest ally was Apartheid Israel, but this didn't prevent Jews in US and EU from doing all they could to undermine white rule in South Africa. Apartheid Israel gained all the favors from its alliance with Apartheid South Africa but did nothing to influence World Jewry to go easy on Apartheid South Africa.) It seems Jewish Americans and Israeli Jews are working in tandem when it comes to Russia, China, and Americans like Donald Trump.
The 'good cop and bad cop' shtick goes like this: Jewish Americans shit on Russia, China, Trump, or whatever. Given the Jewish hostility, the first instinct of Russia, China, or Trump is sling the mud back at Jews, but they can’t because Jews are too holy schmoly on the world stage as the Eternal Holy Holocaust People(as Holocaustianity replaced Christianity while Anne Frank replaced the Madonna in Western Spiritual Hierarchy). So, they seek to improve relations with Israel in the desperate hope that this will somehow mitigate their Jewish Problem. This way, Israeli Jews actually benefit from Jewish Americans hating on Russia, China, or Trump. In his four yrs, the more American Jews shat on Trump, the more he groveled at the feet of Israeli Jews to prove he’s not ‘antisemitic’. But did it do him any good with the Jewish American community? No.

Russia, China, Trump, or whatever entity/person must break out of this toxic trap. This use of Israel as insurance against being called ‘antisemitic’ or horrible names has proven to be bogus. Israel exploits it in full but offers nothing in return. When has it ever intervened on behalf of Russia or China to calm down Jewish Imperial Supremacy that governs the US? Russia and China should give the middle finger to Israel and call out on Jewish Americans as the real masters of the US, the real wreckers of the world and the real leeches, as well as monsters carrying out 'genocide' against Palestinians. Only then will things start to change. 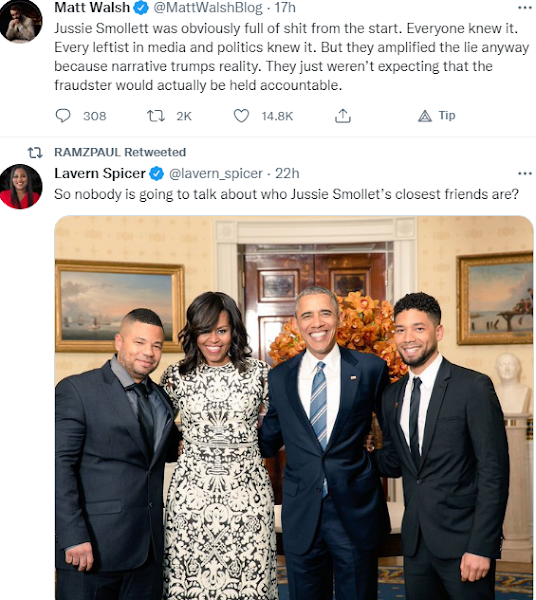 What can finally start the healing process is to NAME THE JEWISH POWER behind the US that controls EU as its puppet and whore. Unless Jewish Power is named, this madness will go on. Jews will continue to aggravate Russia over Ukraine or some other piece of territory. Or, consider how Jewish-run US blames China of ‘genocide’ against Uighurs but China doesn’t blame US for sponsoring ‘genocide’ in West Bank. Jews are arrogant toward China, but China is afraid of Jews. This fear must be overcome. First off, US is no longer US. It’s just one big aircraft carrier for the Zionic Mafia. Of course, Jewish Power derives from Anglo-cucking(or Anglucking) to Jewish Power. You’d think Jews would be nice to whites because whites support Jewish hegemonism against Russia and China, but actually no. Paradoxically, Jews are even more hostile to White America(that totally loves and obeys Jewish America) in order to guilt-bait it into total submission and obedience to Jewish Power. Jews know that white pride may lead to white agency and liberation, and free-thinking whites may not always serve or side with Jews. So, they must beat down whites psychologically and morally with guilt-feelings. No pride for whites, just self-loathing guilt. Jews must turn whites into mentally-beaten-down dogs with guilt-look on their faces, dogs who can be in good graces with their master only by barking at whatever the Master hates.

It could be the US is provoking military action from Russia mainly to undermine the Nordstream deal. Force Russia's hand in Ukraine and use it as excuse to pressure Germany and other nations to nix their deals on Russian gas. “Look, Russia is the aggressor! How can you EU nations trade with Russia! An infamy!”

American Jews, who once fancied themselves as anti-war ‘liberals’ aghast at the Military-Industrial Complex in movies like DR. STRANGELOVE, FAIL SAFE, and SEVEN DAYS IN MAY, are now going all in with their media power and deep state goons to stir up truly insane war hysteria against Russia.
Why? Is it because Russia still has a globalist ideology of world conquest? No, simply because Russia said no to Jewish supremacism and globo-homo, and because it wants to secure its borders by keeping the US war machine(NATO) out of Ukraine. Unless Jewish Power is called out, nothing will change. Bunch of cucks among Democrats and GOP are pushing the same old garbage to appease the Zion King. 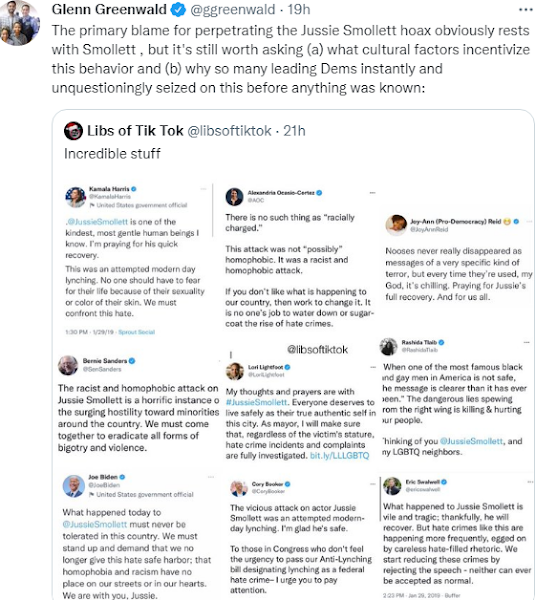 People need to stop talking of Joe Biden as if he has the power. They should talk of Jews-around-Biden or JAB. Yes, JAB is what rules the West. White Americans and Anglucks(Anglo Cucks) are the biggest dummies in the world. In 2020, Jews(who never stop kvetching about pogroms they suffered long ago in Ukraine) orchestrated the biggest pogrom against White America, wrecking entire communities, but now… all these white dummies(whummies) are cheerleading for Jewish orchestration of total mayhem in Ukraine. It's Stockholm Syndrome on steroids. Whummies are so beholden to Jewish Power that they mentally block out the true nature of the 2020 horror and seek approval by volunteering for what is hyped as righteous apocalypse in Ukraine.

THE FLAG WAVERS ARE GONE - RAMZPAUL