Even if GOP can draw more 'Latinos' from the Democratic Party to win elections, Problem is All Politicians must swim in the Fish Tank controlled by Zion and Its Puppets 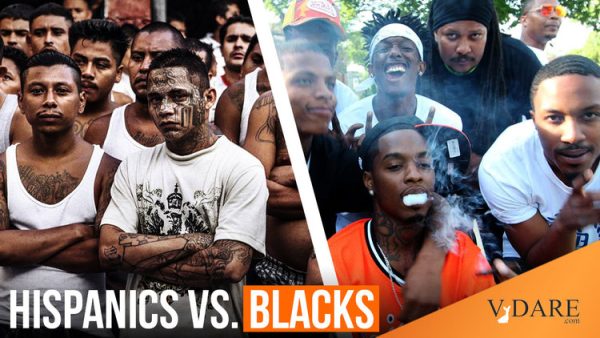 But if the GOP wants to survive, it better figure out Realpolitik real fast. A key point: Making the Democrats the black party requires understanding how much Hispanics disdain and in some cases dislike blacks, and why remaining in the party does not serve Hispanic interests.
The Democrat coalition is a hodgepodge of loud, non-white, sometimes sexually-deviant sub-groups with conflicting interests. Try getting Aztlan irredentists, black nationalists, homosexual activists, Islamic grievance hustlers, and leftist Jews in one room.

Democratic Party is the Jewish Party. It's about ultra-right Jews larping as ‘leftists’. It is also the white-elite-party that makes it so formidable. Majority of Democratic voters are still whites, the bulk of the most educated and well-connected.

In truth, only Jews, blacks, and homos matter in the American Political Drama. Crumbs are thrown at Muslims, but they got zero power, and most Americans don’t like them(even true of blues state folks). Browns are numerous but hopeless. Look at Latin America. After several centuries, white minorities still rule over mostly passive brown folks. Most browns are Tacoans, not Aztlanists. In other words, they live for taco and cerveza, not the strong brew of contentious politics. Even the crime problem in Mexico is the product of most browns being tacoan beaners. They are nice people and don’t stand up to drug cartels and the like. They keep their heads low.
Americans love winners, and that’s why only Jews(winners of brain power), blacks(winners of sports & pop music), and homos(winners of fashion & style) matter. Yellows do well in school but are ‘lame’ and don’t count in identity-idolatry. Hindus seem to count more but they are mainly useful as collaborators. Under British Rule, Hindus became adept at working with the West. Sure, Indians eventually gained independence but PEACEFULLY and by adopting Western ‘values’. It also became the “world’s biggest democracy”, which goes to show how culturally servile to Anglosphere it became.

We must never underestimate the one huge advantage for the Democrats. Most white elites are Democrats, and they either control or manage all the elite institutions. This matters big time because it’s the Deep State that constitutes the permanent government. In the stupid movie THE GOOD SHEPHERD, Matt Damon’s CIA character says his WASP folks own the US and the rest of Americans are mere guests. Deep State thinking is the same. Its members are the permanent rulers, and the politicians are mere guests. Politicians come and go, but the deep state remains.

So, while politicians rely on the votes of the hoi polloi every 2, 4, or 6 yrs, once ensconced in office their chief roles are focused on appeasing big donors and the deep state. This is why the GOP is utterly useless even when they got majority hold of Congress and the presidency. In their day to day operations, all politicians must deal with the institutions of power and industries with big money. They reach out to their constituents only during election seasons, if that(as most don’t even do that), and spend of their time at the feet of Big Money and Big Government. They know the best assurance for re-election is appeasing big donors and assenting to the Deep State. 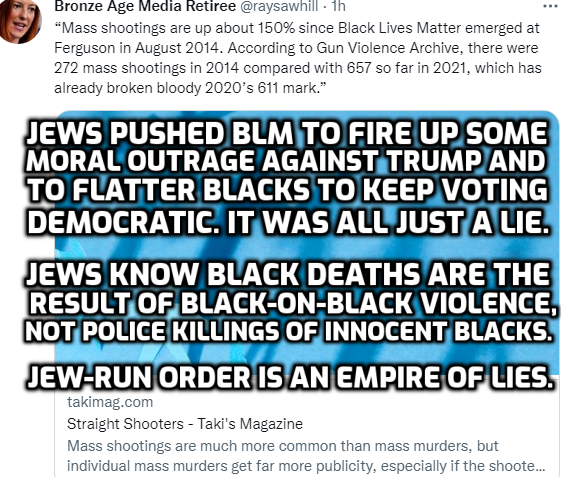 The real problem with the GOP is not elections but its total absence in the Deep State. Washington DC institutions are 95% Democratic. So, even if GOP were to win ALL the seats in Congress and have the presidency, they must deal with entrenched institutions that are wholly Democrat-controlled.
Government is a fish tank. So, Republicans lose even when they win. Imagine if politics were about land animals versus aquatic animals, BUT the government is situated in the water. Thus, wateriness always prevails. So, even when land animals win the majority of seats, they struggle to remain barely afloat in the domain of dolphins, turtles, sharks, and fishes. How can you drain the tank(or the swamp) when all the levers of power are held by the water creatures?

Now, does that mean the institutions are progressive and into social justice because they're all Democratic? No, that’s just a ruse. The Deep State is about power for power’s sake, and it’s currently controlled by Jews who got the most money, select the puppets & whores, and control the gods(the sacred symbols & narratives of society).

Pedro Alvarado focuses on the rift between brown voters and black voters, but that’s about the powerless rabble on the bottom. It ignores the white ‘liberals’ at the top in the institutions working with and for Jews. Even if more browns vote GOP and send more Republicans to Washington D.C., the latter will just end up doing the bidding of the Deep State that serves Jewish Supremacism. Look at the likes of Mitt Romney, Lindsey Graham, Youngkin, and so many others.

And let’s stop pretending Democrats are Jewish Leftists. Just ask the Palestinians how the Jews really care about 'social justice'. The likes of Chuck Schumer are closer to Netanyahu and do everything to suppress BDS. Most of Jewish 'Leftism' is just a masquerade. It’s Jewish ultra-rightist supremacism laundered as ‘progressive’. That said, there are genuine Jewish Leftists like Max Blumenthal. Like them or not, there is a certain consistency in their principled stance. But with most Jewish Democrats? Forget about it.

What to do about blacks? Bolsheviks had the Cheka, later replaced by OGPU that morphed into the KGB. A movie was made about Chekists.

The main driver of ‘wokeness’ isn’t ideology but idolatry and of what? Jews control ‘wokeness’ and mainly use the idolatries of globo-homo and BLM. During the Obama yrs, globo-homo was most prominent. Jews didn’t worry about black loyalty then because having Obama assured virtually all black votes for the Democrats.

But after Obama, blacks were less enthralled of the Party because, looking back on the 8 yrs under Obama, Jews and homos got most of the goodies(and immigrants gained a lot) while blacks got little but symbolism. No wonder Donald Trump increased his share of black vote. Not by much but every vote counts in some blue states. Also, in the 2016 election, many blacks in Michigan didn’t vote at all.

So, in the final yrs of Trump’s presidency, Jews decided to go big on BLM or black idolatry.
Thus, politics since then has been stoking black ego and erecting monuments to blackity blackness, like George Floyd statues, ROTFL. It even led to de facto human sacrifice in riots(as offerings to angry black gods) and the bogus trial of Derek Chauvin who most certainly did not kill Floyd, the fentanyl junkie. 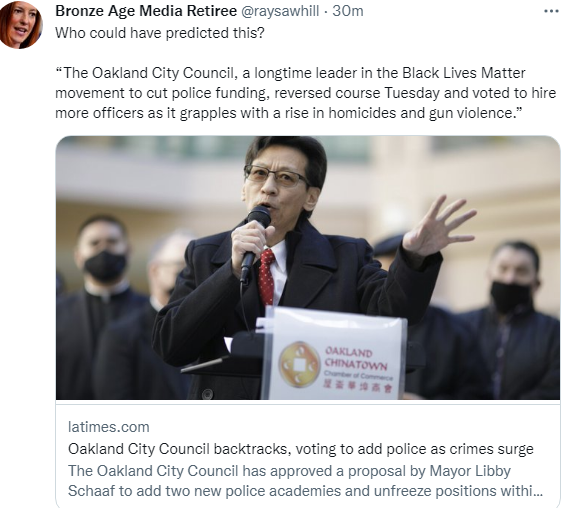 Anyway, if early Soviet Union was terrorized by the Cheka or Chekists, one could say the current order is tyrannized by Blacka(or Bleka) and its Blackists(or Blekists). This is what it should be called. Blackism or Blekism(to play a word game on Chekism). And it is of course a reign of terror because it goes against truth and common sense. The obvious lie can be enforced only with threat and violence.

Communism lasted as long as it did in Russia not only because of terror and repression but because enough people at the top really believed in the nonsense they were peddling. So, even when the system was faced with crisis after crisis, they doubled down on their radicalism…. until finally they stopped believing and the whole system became one big cynical game of position and status until that deteriorated too.

For now, we must let Blekism run its course. Let the Blekists idolatrize blackness as innately noble and sacred. Let them blame all black problems on non-blacks. Let them sweep black criminality under the rug and pretend it doesn’t exist or is justified. Let them do this until they can no longer deny the truth.

This news story is beautiful: https://www.paulcraigroberts.org/2021/12/07/where-have-all-the-flowers-gone/

"They will next be robbing hotel guests room by room. I remember checking into an upscale hotel on Rio de Janeiro’s Copacabana Beach sometime in the 1980s. I asked the clerk why the hotel had 30 armed guards with submachine guns in the lobby. He replied that last week a gang took over the hotel and robbed guests room by room. The same event can’t be very far in our future. Democrats already permit blacks to burn and loot the business districts of Democrat-controlled cities. Just ask any resident of New York, Chicago, Minneapolis, Seattle, Portland, Atlanta what life is like in Democrat cities."

It’s Blekism running riot and spreading terror. It’s like use of poison gas in war. It's used against the the other side but the wind may blow it back in your direction. Blue city elites meant to use black terror against Middle America but it’s blowing back in their face. It’s total LOL.

So, I say let Blekism take over blue areas. Black-and-Blue, the new formula of ‘wokeness’. Let the blues believe blacks are saintly Emmett Tills being killed by rednecks when, in truth, black thuggery and criminality(sanctified as noble) are wreaking havoc all over. Blue city folks won’t listen to us, so they will have to learn the hard way… just like communism finally failed of its own excesses. 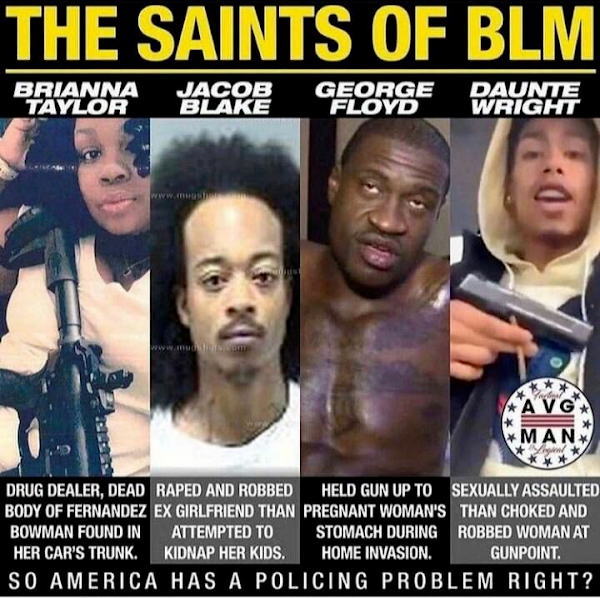 By the way, what is a ‘Latino’? White ones? Brown ones? There are even black ones. ‘Anglo’ only means white Anglo Americans. But ‘Latino’ can mean any race. So, a brown tacoan with zero white blood still counts as ‘Latino’ simply because he speaks Espanol. Ridiculous.

A thought. If whites are offended by the term ‘white supremacism’, maybe they should go with WHITE STUPDENOUSISM or WHITE STUPENDISM. White Stupendism believes white achievements have been stupendous, which is true enough historically in arts, culture, science, and philosophy. Saying that one’s race, people, and culture is stupendous is surely less controversial than saying it is supremacist.