How Jewish Power rewarded Black Collusion in the 2020 Coup against Trump with a variation of ROLL THE DRUNK: "Roll the Chink" or "Eggroll the Drunk" — How both whites and yellows in the US are now worthless cucks of Jews 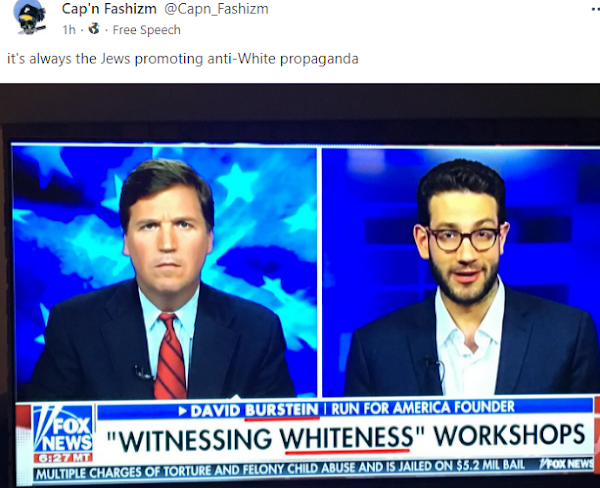 THE TRUTH ABOUT ASIAN ATTACKS AND THE MASSAGE PARLOR SHOOTING


The Jewish-Black attack on Asians is like the game of ROLL THE DRUNK in Sergio Leone's ONCE UPON A TIME IN AMERICA. In the movie, the young delinquents do a job for the local boss, and they are allowed to ‘roll a drunk’, i.e rob him of his belongings.

The unspoken agreement between Jewish elites and black thugs was something like ‘Roll the Chink’ or maybe it should be called ‘Eggroll the Drunk’. Jews needed special black activism and collusion in 2020 to defeat Trump, and blacks delivered with massive corruption at the polls. Also, with BLM rallies and riots, Trump’s America was made to look like a failed state. Blacks delivered the goods for the Jews, and so, as a reward, they got to ‘roll the drunk’ as Jewish Power, which controls the institutions, instructed the police to stand down and let blacks loot and pillage as they pleased, especially from immigrant groups. Chinese were bound to be one of the primary victims because they’ve been one of the main immigrant groups in urban areas like New York and San Francisco for some time. While some Chinese became rich in America, many remain still relatively poor and reside in run-down urban areas in close proximity to blacks. As they are a smaller and weaker people, they are easy prey for black predators. Also, as China/Chinese have been vilified by both the globalists and the nationalists(and as Chinese aren’t articulate or forceful voices in the media — Andrew Yang, what a joke), they don’t have much in the way of moral defense or vocal presence. Though the attacks are mostly by blacks, the powers-that-be conveniently blame ‘white supremacism’ and let blacks(and Jews) off the hook. But then, Asian-American elites conform to the bogus narrative as most of them are little more than roasted Peking Cuck, aka yellow dogs who go along with the Power.

This BLM stuff has been great for Jews. It’s been like killing three birds with one stone.

1. By riling up black rage, Jews energized blacks against Donald Trump and motivated the white ‘virtue-signalers’ to hate the Deplorables even more. Also, by funding and promoting BLM, Jews effectively silenced black gripes against Jews who led gentrification, increased policing, and mass-immigration to push blacks out prior to 2020.

2. By making blacks go nuts once again, Jews effectively weakened America’s opposition to mass immigration. Many Americans now look at black violence of the past year and think, ‘better immigrants than these crazy blacks’.

3. By associating Jewish Power with BLM, Jews created the impression that Jews are the biggest champions of social justice and human rights(as blacks have been idolized as a holy people). Via the association, Jews gained a free hand against Palestinians and Arabs. Jews can destroy countless Arab and/or Muslim lives but say, “BLM is our friend, so how can we be ‘racist’?”

This is why the prospect of a white-yellow alliance will always be just a pipe-dream. It may work between Russia and China because they act as sovereign nation-states. But it can’t work in the US because both whites and yellows lack agency and independence. Both are worthless cucks. Whites suck up to Jews and revere blacks. This is true even of white conzos. Trumpsters scapegoat Chinese for everything, and white conzos resent Asian gains in education and jobs. As for yellows, they are a bunch of status-hungry turdy dorks who look over their shoulders and cater to whomever has the most power and prestige. So, most yellows are puppets of Jews and globo-homo. Utterly worthless. Asians in US are willing to serve the Power and be good dogs. Chinese in China act with some degree of pride and agency. Not so with yellows in the West(or in the satellite states like Japan, S Korea, and Taiwan. Utterly cucky wucky to US power that is now about Jews using globo-homo and BLM.)

In a nutshell, Jews have been using mass immigration to weaken both whites and blacks. Mass immigration of non-whites, especially from Latin America, Asia, and Middle East, have been undermining the power of GOP as the white party. Also, mass immigration meant cities filling up with peoples far less violent than blacks, who got pushed aside. But in 2020, Jews needed black help, and so, they reversed their favoritism and allowed blacks to run riot and carry out pogroms against immmigrant communities in exchange for black collusion in favor of the Democrats. That's how Jews play the game. Dirty Jews. Jews play all sides against one another. When Jews say 'diversity is our strength', they really mean it's to their advantage to play divide-and-rule among the diverse goy populations.
at May 12, 2021