America went from promoting Self-Determination to promoting Self-Extermination to the World — Why? — Because Power in the US went from Anglo-American Rule to Jewish-American Rule — Jews accuse Anglo-America of 'Racism' and betrayal of Equality, but Jewish Power is far more supremacist and contemptuous toward World Goyim — Jews decry White Supremacism as Deflection from Jewish Supremacism 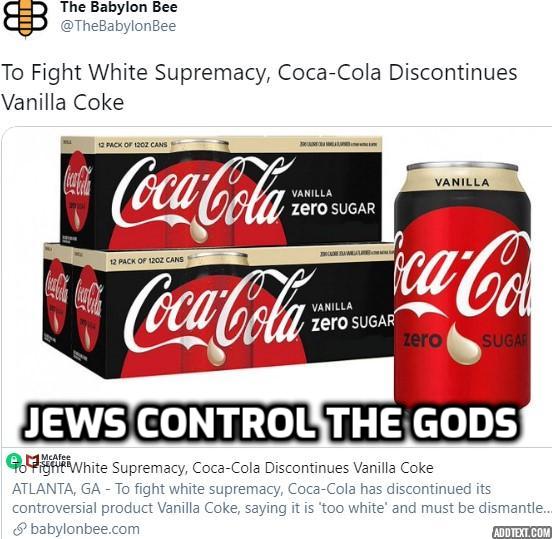 Are goyim capable of having their own gods?

Wherever goyim turns, it's about relying on Jews for prophetic power.

Still, direct Jewish control is worse than self-control with Jewish-derived ideas. After all, despite its origin, the goyim fashioned Christianity in their own way. Same with communism. Even though key Marxists were Jewish, it became bigger than Jewish Power. But then, both Christianity and Marxism were conceived to be universalist despite their ethno-Jewish origins. In that, they were different from Judaism.

Even though white goyim have long relied on Jewish-originated ideas, there is a huge difference between appropriating foreign ways & ideas and succumbing to direct foreign domination. After all, white goyim found ways to use Christianity against Jewish Power. And many peoples used communism as a tool of national independence against foreign imperialism. Jews are no strangers to adopting foreign ideas and ways. Jews have adopted lots of goy ideas from various non-Jewish Semitic tribes, Egyptians, Greeks, Romans, Northern Europeans, and etc. But Jews used those ideas in their own way for their self-aggrandizement. Jews made the foreign 'Jewish'.

Because Christianity and Communism were designed to be universalist at the core, goyim could use them in their own way, not least against Jews. Christians could look upon Jews as Christ-Killers. Communists could denounce Jews as capitalists or Zionists. But, advantage for goyim is impossible with Holocaustianity as its core theme is Jewish sanctity and goy complicity in the murder of Jews-as-the-divine-race. It's no wonder Jews push Holocaustianity as the top god around the world. No wonder the Holocaust Movie has become a genre. Given how movies shape people's sense of history and morality, many people are now introduced to the histories of various European nations through Holocaust narratives: The French collaborated with the Nazis, Hungarians joined with the Nazis, Poles didn't do enough to save Jews, etc. 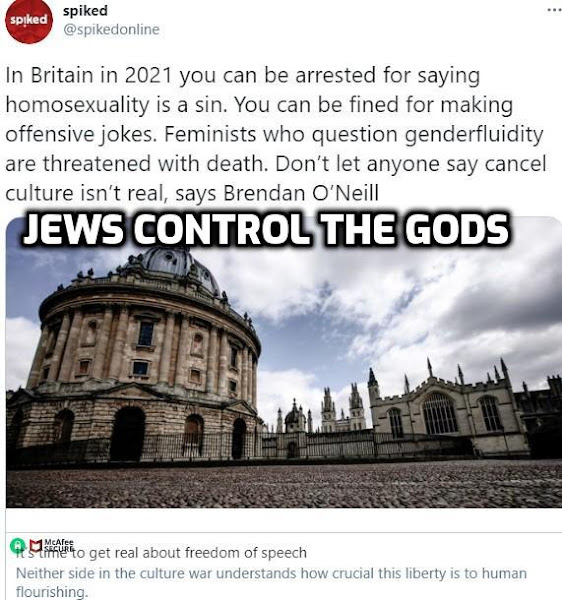 Jewish takeover of the US has been the biggest event in the last 50 yrs, indeed bigger than the end of the Cold War and fall of the USSR. American Empire went from Anglo-American rule to Jewish-globalist rule. That is one of the biggest revolutions in world history, but it was silently pulled off, like euthanasia, and so few noticed. And as white figureheads are propped up as puppets, many still believe that the US is ruled by whites, even characterized by 'white supremacism'. But white leaders today are hardly different from Puyi, the puppet emperor of Manchuria whose strings were pulled by the Japanese. White Power is in the 'last emperor' stage in the US, unless white folks begin to produce their own Sun Yat-Sen and Mao Zedong. White politicians today might as well be called 'puyis'. A suitable metaphor for the current bunch of white puppets and their eunuch cucks.

But things have gotten far worse as the US is the metropole for all the world. Goy cuckery isn't limited to whites in the West. When Anglo-America ruled, despite all its lies and betrayals, the main political theme was Self-Determination. Even America's first overseas imperialist forays against the Spanish Empire was premised on the notion of liberating peoples from imperialist hegemony: Freedom-loving Americans liberating the Cubans and Filipinos from Spanish Tyranny.
Of course, US had its own imperial designs(made more palatable with its 'democratic' ideals and material largesse). With Woodrow Wilson following World War I, the American Ideal of Self-Determination became minted for all the world. In a way, it made sense as the US came into being by fighting for independence from the British Empire. For the first one hundred years of its existence, the main theme of America was to develop independent of foreign interference and meddling. It was to determine its own history and destiny. And yet, the US also had imperial ambitions(ironically modeled on British Imperialism, though minus the open racial arrogance and class snobbery). Thus, the ideal of Self-Determination was a double-edged sword. It was an ideal for all the world inspired by America's own independent course of development, but it was also a rationale to invade and meddle in other parts of the world: Empire of freedom vs Empire of tyranny. US used the rhetoric against European & Japanese Imperialisms and then against Soviet Imperialism.

Now, why is Self-Extermination so effective a tool for Jewish Power? Because of the element of 'self'. It's easier to bring about suicide or euthanasia than homicide/murder. Whatever one thinks of suicide or assisted-euthanasia, it's about one's own free will. It's not forced onto the person. In contrast, homicide is about use of force to destroy a life. Even a suicidal person will resist homicide. Even in his depression, he doesn't want to be murdered and will fight back a murderer. Even if he wants to die, it is by his own free will, his own decision. 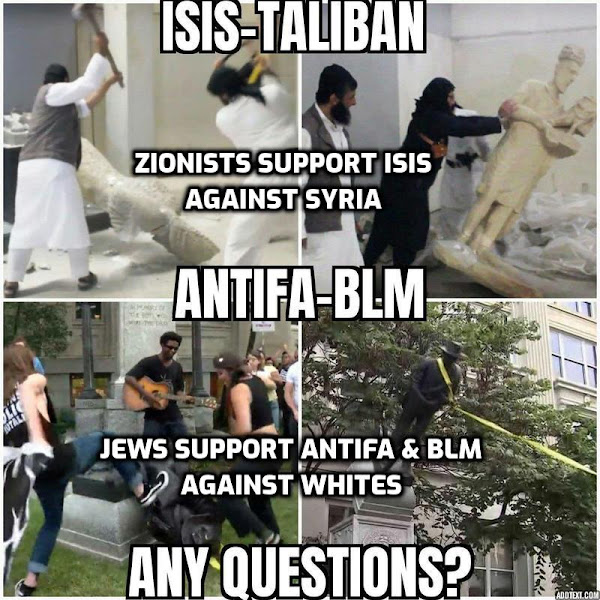 Jewish Hegemonism understood this aspect of political psychology. Old Imperialism was like assault or murder. A foreign power with superiority in arms & technology invaded and killed a lot of people. It maintained order through threat of ruthless violence: "If you disobey and resist our authority, we will wipe out the whole lot of you." Or maybe the imperialists will kill your people just for the hell of it. For fun. So, naturally, native folks resisted this kind of imperialism. Resistance was about self-defense and self-determination. (To be sure, it was more complicated, especially with Western Imperialism, as the invading or colonizing power could bring many benefits that made life easier and even boosted the native population. Still, old imperialism meant brutal domination by foreign power and lack of native sovereignty.)

Generally speaking, if the invading/imperialist forces try to exterminate the native folks(or at least terminate native independence and sovereignty), they will be met with with resistance fueled by fear, resentment, and hatred. And this is why Old Imperialism came to an end in all parts of the world. There was too much hostility and resistance to it.
Then, how do you take over other peoples? How do you exterminate them as a people or, at the very least, terminate their national independence & sovereignty? You push for SELF-extermination or at least SELF-termination. Since the natives will resist and fight back against military invasion and outward displays of force, they must be mentally colonized and manipulated into adopting ideas and values that lead to national demise, termination of sovereignty, and even extermination of the race. But, the zinger is the natives will accept such fate because they believe it's a matter of self-made decision, i.e. foreign powers didn't force it on them but they freely chose it on their own.

But did they really? Could it be that their elites were trained by suicidal whites who'd fallen under the spell of Jewish Power? Jews urge whites to commit racial-national suicide(and drink the Kool-Aid like the kooks at the Jim Jones Cult Ranch), and whites proselytize their self-extinction as the template for the rest of the goy world. But neither whites nor other goyim remain clueless as to what's really happening. They think it's fine and well since they are FREELY CHOOSING such a path as not only politically & economically expedient but morally necessary. The 'woke' coding embedded in their minds convince them that they are free 'democratic' peoples making their own decisions and choosing their own fates when, in truth, they're under the spell of Jewish Hegemonists who seek to subvert, weaken, and undermine any Goy Domain so that Jews can gain greater control over it. The formula for goyim is D.I.E, or diversity-inclusion-equity, but of course, it never applies to Israel and Jewish Power. Israel can have replenishment immigration as opposed to replacement immigration that Jews push on goy nations. And there can never be TOO MANY JEWS or anything called JEWISH PRIVILEGE as Jews are deserving of all their wealth and power in industries and institutions. 'Equity' is for little people, especially in deference to blacks as favored allies of Jews. 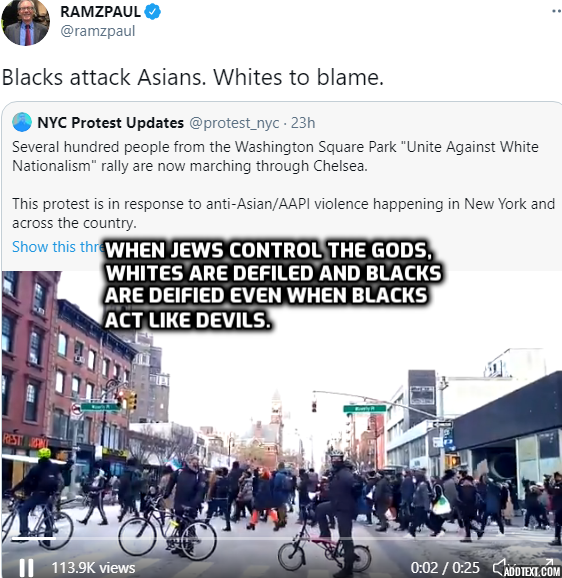 From an Anglo-American-controlled US that once preached Self-Determination to all nations to a Jewish-American-controlled US that proposes Self-Extermination to the goy world. And people are blind to what's going on because it's packaged as a matter of SELF-decision. Jews manipulate goyim like adults with children. Adults know that kids will cry and throw tantrums if forced to do something they don't like. So, smart adults use the passive/aggressive approach. They approach the children with smiling faces and play on their emotions and then apply pressure to do as suggested. Children, having bonded with the adults and even made to feel sorry for them, tend to go along. How could they dare to disappoint the adults who came to them with such smiley faces and gentle pleading? Thus, adults are able to make the kids believe they themselves freely want what the adults want of them. It's the difference between forcing them to eat spinach and making them think they want to eat spinach, not least to please the smiley-faced adults who would be so boo-hoo-hoo sad if the children didn't go along. At least spinach is good for kids. What the Jewish 'adults' are pushing on goy 'children' is like cyanide. It's like the scene in DOWNFALL where Josef Goebbels' wife convinces the kids to drink 'medicine' which is really poison.

When will goyim wake up? When a people welcome 'self-extermination', is it really matter of selfhood? What kind of free people with sense would welcome such a thing? And if Jews push such on UK, France, Germany, Japan, and etc. and believe it's such a good thing, why don't they push it on Israel? True self-hood is about self-preservation, not self-extinction. A people whose idea of self-determination leads to self-extermination aren't truly self-determined because no people with true identity, culture, and heritage would invite such a thing. Their minds have been colonized by foreign toxins that fool them into believing that suicide is hope. 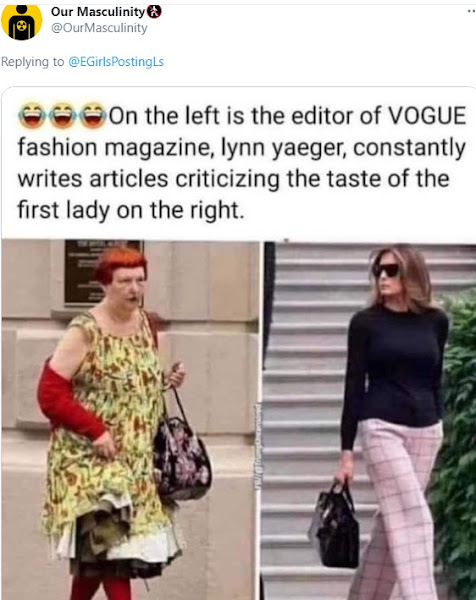