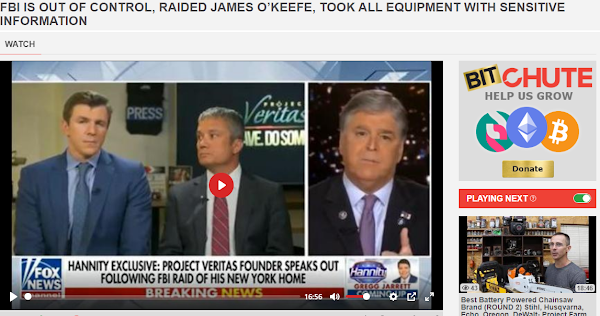 James O'Keefe of Project Veritas presents a cautionary tale. He pleads with the journalist community to support him against the Deep State with the warning that what happened to him can happen to them, to ANY journalist.

Is he a fool or just naive? If principles governed institutions and industries in the US, what he says would be correct. There would be PRINCIPLED reasons for defending him as the Deep State could abuse its power and go after ANYONE who dares to a counter-narrative or dig for the deeper truth. Why would Merrick Garfinkle(aka Garland) go after the 'good dogs' who comply with deep state demands?

But principles don't govern the US. Power is what the US is all about. It is a gangstoid state, i.e. even if deep state players aren't gangsters in the literal sense, they act more like gangsters than civil servants. And if deep state players are servants to anything, it isn't to the Constitution or the People but to the oligarchic elites and the commissars, most of them Jewish at the top. Jews tend to be rather shameless, obnoxious, and paranoid in their power-mania, and as the saying goes, fish rots from the head. Jewish supremacist slime has permeated the entirety of the US system.

So, O'Keefe is foolish to appeal to the journalistic community. If anything, they are LAUGHING at him because they know what happened to him will NOT happen to them. After all, they are propagandistic minions or propagansters of the Deep State. They do as told. They please their bosses. They're focused on careerism and status/reputation(within the closed circle of 'made men'). O'Keefe's gesture is as if Donald Trump would appeal to Hillary Clinton and Joe Biden to support him against the Deep State that might pull the same dirty tricks on them. But why would the Deep State do such to Hillary and Biden, two complete whores of the Beltway Oligarchy? Or imagine Palestinian-Americans calling on Jewish-Americans to condemn the suppression of BDS on the supposition that the silencing of Palestinian speech might affect Jewish speech as well. Why, Jews would laugh in the Palestinian face. Why should Zionists worry when they are in the position of total power to mandate pro-Zionism and anti-Palestinianism as US policy? Jews know US is governed by power, not principles.

In a system where power prevails over principles, the only thing that matters is whether the Power approves or disapproves of you. If you're approved, you are protected and shall be untouched. Why would the Power go after you when just about everything you do has its stamp of approval? And once you've taken this path of craven careerism(and mock-self-righteous virtue based on fashion-morality of 'wokery'), you don't look back. If anything, you seek more approval from the Power and do its bidding, even if it means violating the fundamental principles of free speech and attacking the rights of other journalists(who will never be part of the 'made' community). 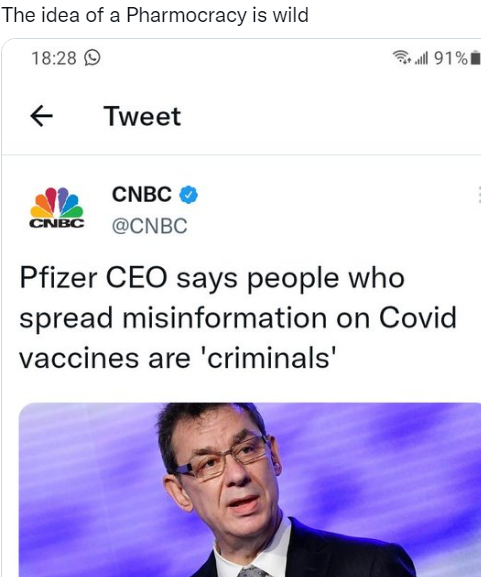 Of course, while craven careerism is a huge incentive, it alone might sow some doubt and pangs of conscience among the opportunists. That is why Jews are so adamant about controlling the gods, the dynamics of holy vs unholy, and insisting on a mantric mentality(where certain matters become truisms based solely on rote repetition, e.g. the mantra of 'race is just a social construct'). This way, if craven careerists feel any sense of guilt about their whoring out to Power, their sense of 'moral outrage' can always serve as reminder that they themselves are at least BETTER than the other side for being 'more evolved'(on matters like homo-worship), more committed(on stuff like BLM, a total lie that bears no resemblance to facts on the ground), and more 'progressive'(because it's ahead of the curve on social issues, no matter how ludicrous, such as men-being-'women' and silly games with pronouns). Of course, the mantric and quasi-holy characteristics of 'wokery' don't allow for critical thinking or fact-based checking; some things just simply ARE because all the 'good' people repeat the platitudes over and over in 'Manchurian Candidate' fashion.

This is why patriots and truth-seekers must stop invoking the principle of "If it happened to me, it could happen to you." That would be true enough in a principle-based order but not one dominated by gangstoid power. Imagine a captured prisoner-slave in ancient times appealing to a Roman Centurion, "please free me and oppose slavery because what happened to me could happen to you." The Centurion would be totally LOL. Why would Roman Power enslave him, a centurion, who serves to execute and expand Roman power? No, captivity and slavery were for captured 'barbarians' and foreigners in war. Likewise, why would the libby-dib and even many conzo-wonzo journalists come to the defense of people like James O'Keefe and others like him — kudos to the usually useless Sean Hannity for covering this issue — when they know they themselves shall remain untouched by the Power? If anything, they know they will be the next target of the Deep State if and only if they decide to act like James O'Keefe or the more estimable Julian Assange. But as long as they do the bidding of the Deep State or dare not venture outside the Overton Window, they got nothing to worry about. They merely need to upgrade their 'wokery' so that their sense of 'moral outrage' will be up to date with the Current Year(or Month or Week).

Now, there was a time when the journalistic community did stand behind Daniel Ellsberg, but that was a special period in US history. The WASP order was in decline and Jewish power was on the rise. Also, there was a huge generation rift, not only between boomers and the 'greatest generation' but between the latter(that proudly defined itself in relation to the New Deal and victories in WWII against the radical right) and their more brazenly(and awesomely) race-ist predecessors like Henry Ford and Woodrow Wilson(who loved D.W. Griffith's masterpiece THE BIRTH OF A NATION). Indeed, on the political front, all the great changes of the 1950s and 1960s were the doing of the GG. With one social order in decline and another coming into being, there was less consolidation of power in any single institution, ethnic group, ideological faction, and etc. Thus, principles could override power for a brief period in US history as various groups and factions, unable to consolidate total power, had to invoke principles to secure their place in the system. This was when ACLU seemed most idealistic.

But since then, the end of the Cold War brought about the 'End of History', or the struggle over ideology. It was replaced by Idolatry, mainly of Jews who chose homos as main deep state partners and blacks as main symbolic allies, thereby making the Tridolatry of Jews, Homos, and Negroes the defining themes of the 21st century West. Also, Wasps have become a bunch of pathetic Anglo-cucks or Anglucks of Jewish Power. Even HBD Anglos are such saphead cucks to the Jews. 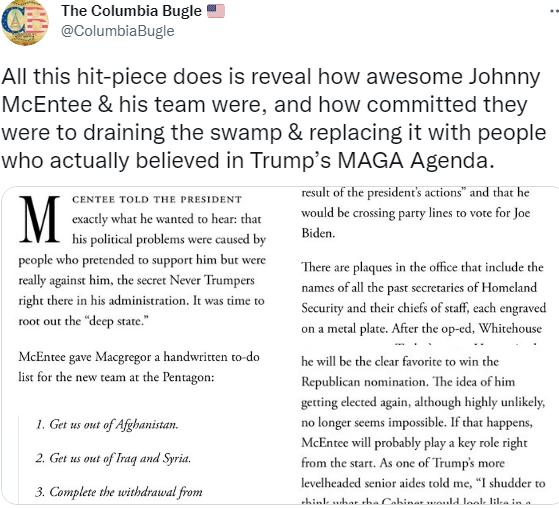 Looking back, George H.W. Bush and James Baker tried to be somewhat fair to the Palestinians, and Jews had the knives out for them. Billy Boy Clinton became president but in his second term tried to be like Jimmy Carter and make history with a peace plan for Jews and Palestinians, but the two-state solution simply couldn't work because Jews had colonized too much of West Bank and continued to build settlements; Clinton applied pressure on Israel and ended up with the Monica Lewinsky scandal. Next president George W. Bush learned the lesson. According to the official narrative, W. sought to correct H.W.'s legacy by going all in on Iraq. But the real lesson was APPEASE JEWS 100%, which is why W. turned over foreign policy totally to the Neocons and kicked Palestinians in the teeth even as Israel continued to gobble up more land. But then, too much of a good thing could be a bad thing. Neocons messed up foreign policy so badly(and the Jews in Wall Street messed up the economy so spectacularly) that it paved the way for Obama. Of course, Jews blamed it all on Dubya and promoted Obama as the guy who reverse course. But what did Obama do but bail out Jewish Wall Street and serve War Street in smashing more Muslim nations and antagonizing Russia and China? What Clinton, Dubya, and Obama have in common is they ran on the Iron Lesson of "Kiss the Jewish Butt If You Want to Win". The reason why Jews hate Donald Trump so much was the wild man won despite having pissed off Jews often during his campaign. No wonder then the Jews and its deep state attack dogs did everything to bring Trump down. The tragicomedy of it all was that despite all his talk, Trump never meant to do anything but take it up the ass from Jewish Power.

Anyway, Jewish Power is now absolute in America. Even Catholicism has turned into one big 'woke' cult with that devil pope Francis. Blacks are totally in the pocket of Jews. The days of Jesse Jackson's hustle-tussle with Jews is long over. Just consider the transformation of Al Sharpton and Spike, who once used to bait Jews, into cotton-picking blucks(black cucks) of Jewish Power. Look at Obama and Kamala. And what is the new messianism of the US about when not waving the Israeli flag or BLM banner? It's the globo-homo 'rainbow' flag, and the whole 'gay' thing is totally a proxy of Jewish Power. Jews got all the academia, media, finance, entertainment, gambling, real estate, big tech, and etc. And the kind of 'journalists' who are vetted and hired by Jewish-run media conglomerates are either Jewish Zionists, craven-cuck goy types(who will sell their mother down the river to get ahead), or 'woke' idiots who are dumb enough to fall for the mantric nonsense of PC. 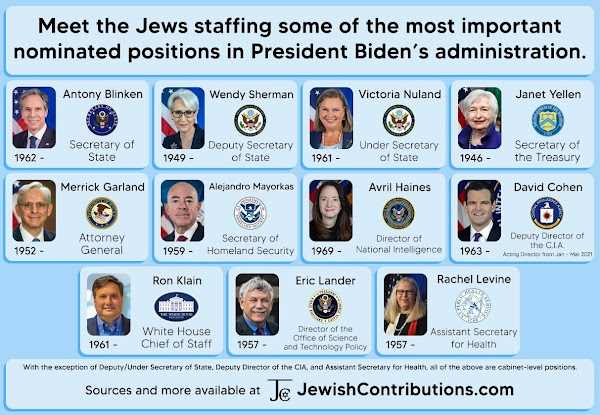 So, people like O'Keefe need to stop appealing to the journalistic or whore-nalistic community. The whornalists are gleefully laughing at his dilemma because their are libby-dib careerists(who would never dare displease the ruling elites) or deranged foaming-in-the-mouth 'woke' morons who really think Trump is 'literally Hitler' and O Keefe is Joe Goebbels. The whole Russia Collusion Hoax, Covid Hysteria, Assad-Gas Hoax, and Electoral 'Fortification' should tell us all we need to know about the wink-wink cooperation among big state, big tech, big media, and big finance. The master stroke by Jewish Power is having not only bought people off with money but convinced them of their righteousness with mantric mindlessness; most journalists are mantric candidates. So, the biggest whores of mendacity in the media really think they are the biggest crusaders of justice.

Instead of wasting time by pathetically pleading with the corrupt whornalistic community(and institutions like ACLU that is really nothing but a Jewish supremacist front), people like O'Keefe would do better to call out the media companies and their hirelings for what they are: Propagangsters or propagangstoids of the Deep State that do the bidding of Jewish Supremacism. They are information hitmen motivated by approval from the system. But then, even O'Keefe dare not discuss Jewish Power, and that's why he too is ultimately useless.