The Great Replacement — We must call it RECRUITMENT than INVASION — Border Security has been Deactivited from within, Not Destroyed from Without 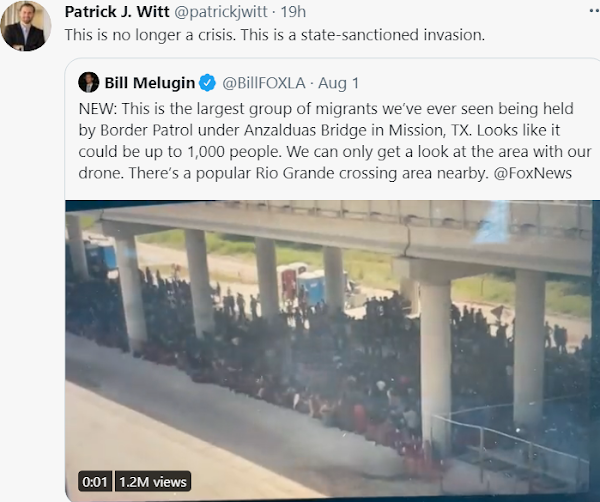 But the US and the West have more than enough resources and power to keep out foreign mobs and masses. Why don’t they? Because the ruling elites of both US and EU(along with Canada and Australia) are owned by Jewish Masters who actively RECRUIT foreign non-white masses to use against whites in the game of divide-and-rule ‘diversity’ strategy.

When an ‘invasion’ is welcomed and enabled by the ruling elites, it is RECRUITMENT. When we call it an ‘invasion’, we place most blame on foreigners breaching the barriers. We create the illusion of foreign mobs overpowering our defenses. In fact, the borders are broken because the ruling elites of the US and EU do as ordered by their Jewish Supremacist masters.

The example of Hungary is proof that the ‘invasion’ can be stopped. Nations far weaker and poorer than the US have effectively halted illegal immigration, erected tough barriers, and enabled border security. US and EU constitute the most powerful bloc in the world. Indeed, they have the means to invade and destroy just about any nation. Just ask Afghanistan, Iraq, Libya, Syria, etc.
So, why can’t they stop the ‘invasion’ of Third World nobodies? It’s not that they cannot but that they will not because they are hellbent on RECRUITING foreign mobs to demographically overwhelm the native white masses who are no longer represented by their own politicians who are utterly obeisant to Jewish Power.

If we call it ‘recruitment’ than ‘invasion’, we can properly fix the blame on Jews and the cuck-puppet elites than on the hapless non-white masses who naturally want to move from poor countries to richer ones. When someone removes the roof on your house and the rain pours in, do you blame the rain or the jerk who removed the roof? When rats and other pests enter your house through holes in the wall bored by someone, do you blame the pests or the lowlife responsible for the holes?
The real reason for mass illegal migration to the West has less to do with the migrants than with the Jewish elites(and their cuck puppets) who willfully deactivated border security and encourage the Great Replacement’. It is Recruitment than Invasion. Fish rots from the head, and the head is Jewish.

THIS IS COMPLETE POPULATION REPLACEMENT - The Red Elephants - Vincent James