Surest Way to Undermine Authority Is to Expose the Hypocrisy, but Only Those with the Power of Megaphone Get to Decide Which Hypocrisy to Target — Jews Destroyed White Authority by Exposing White Hypocrisy and Fear that Their Own Hypocrisy Will Be Exposed in Turn, and so They Censor Like Crazy 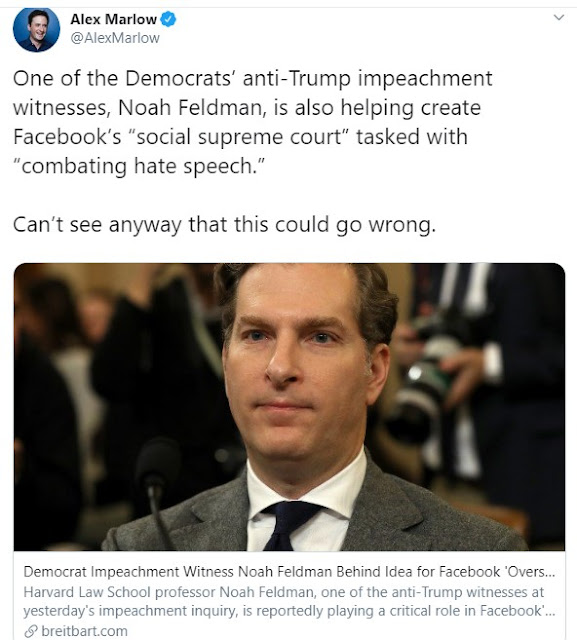 History shows that exposing hypocrisy is the surest way to pull the rug out from under the authority of those who command the dogma/narrative. When are children most likely to respect for parents, teachers, 'heroes', or authority figures? It's not when they realize the adults are imperfect(as everyone is) but when they realize certain adults are full of BS who say one thing but do another. This is why it's especially damaging when a reverend is caught in a sexual or financial scandal. Because spiritual leaders spout high-and-mighty about virtue and morality, their reputations shrivel when they are caught with pants down or hand in the cookie jar.

What was the main reason for the fall of White Authority & Power in the West? As the Christian-Humanist-Enlightenment West was confidently moralistic, righteous, and even holier-than-thou — "God is on our side", "White Man's Burden", "Human Rights", "beacon of liberty", etc — , it was especially vulnerable to exposure of hypocrisy. An amoral power like that of Vikings, Huns, or Mongols had no use for righteousness, but Western Power rose not only with guns and gold but with the Good Book and the Idea of Progress. Christianity was especially vulnerable to accusations of hypocrisy because it is so purist in its moralism; after all, Jesus even said "Turn the other cheek" and "Love thy enemy."
As long as the West guarded its Narrative and Agenda from accusations of hypocrisy, they had the authority, self-respect, and even the respect of their subject peoples(who, despite their resentment against Western Imperialism, were eager to learn from the superior and more advanced white civilizations and gain approval from them). Sure, some critical whites noticed the hypocrisy from within, but their mostly constructive criticism and relatively mild rebuke led to reforms and progress that served as the basis for yet more moral pride: "We are not perfect, we made mistakes, but we work hard to make progress and improve things." This is why, for the first 100 yrs after the Civil War, America was not particularly burdened with guilt over slavery. The favored white narrative was, "Slavery was wrong, but WE white Americans fought a war to end it." As long as whites held the megaphone, they could direct people's attention to the ultimate redemption of Western Civilization and White Folks via progress and reform, thus emphasizing pride over shame/guilt. As a result, the element of White Hypocrisy was muted.

But then, Jews took over the megaphone, and one of their main methods of undermining White Authority was by exposing white hypocrisy and making it the central theme of Western History. So, at every turn, Jews condemned whites/Christians for having preached one thing while practicing another. If whites-in-power had argued that their world wasn't perfect but nevertheless enacted reforms and furthered progress, a point of pride, Jews emphasized the shame and guilt of white failures to practice what they preached. As such, Jewish Logic insisted whites no longer deserved moral authority, and if whites were to gain a measure of redemption, they had to surrender to the newly ascendant moral authority of Jews(and their allies, mainly blacks and homos) with the power of judge-and-jury to outline what whites must do in order to be rehabilitated: Total rejection of white identity & interests, even to the point where "It's Okay to be White" is denounced as 'white supremacist', blind faith in Diversity designed to turn white nations into white-minority nations, worship of Shoah as neo-religion, Afro-mania, Globo-Homomania, and total support for Zion & Wars for Israel. 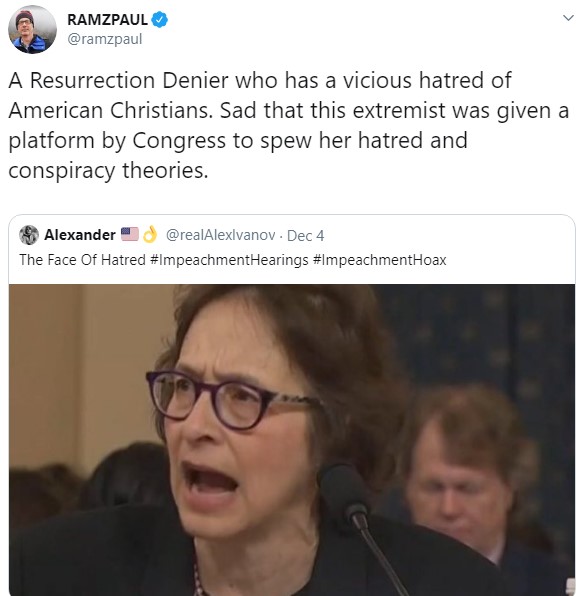 As ALL orders(and individuals) are hypocritical to some extent — practice almost always never matches principles or theory — , the real issue is NOT "Who is or isn't hypocritical?"; rather, it is "Who owns the megaphone that directs our attention to a particular hypocrisy?" When white power wielded the megaphone, it decided who were or weren't hypocritical, but when the megaphone was yielded to Jews, the Jews got to select and pass judgement. And whites were vulnerable especially in the 20th century because of World War I and World War II(and the Shoah). Prior to such cataclysms, despite setbacks and failures, it seemed as though the West was making great advances on all fronts and at all times, industrial and moral. Enlightenment and People Power seemed to be creating a better and happier world. Yet, in WWI and especially WWII, all the themes of progress — populist passions, mass communications, science and technology, social engineering, etc — all converged into a total catastrophe. Once Christian moralism faded among whites, it was replaced by secular Pride of Progress, but even that failed for White Authority in the horrible events of the 20th century.
That said, if white power had tenaciously clung to the megaphone regardless, its pride might have survived intact. After all, the Chinese Communist Party has much to answer for, but as it has always controlled the megaphone, the main theme of Chinese politics is not the hypocritical discrepancy between what the CCP promised and what it delivered in terms of Maoism and then capitalism. Maoism was an utter disaster, and capitalism is hardly what a communist party should be practicing, and these are Easy Hypocrisies that could be exposed to undermine CCP authority, but not many talk about such in China because the megaphone of the CCP is about patriotism and unity and reversing "100 yrs of humiliation".

What do Jews fear most? They know from recent history what undermined white authority, not least because of their crucial role in it. It was by exposing White Hypocrisy, thus denuding whites of respect and awe that they once held in the world. Jewish Judgement made whites lose their 'innocence' like Adam and Eve who suddenly realize they are naked.
But, what was an effective weapon against whites can be an effective weapon against Jews. As long as Jews control the megaphone, they need not worry much since most people aren't independent thinkers and just go along with the prescribed narrative and the general hype. As control of media and academia is very expensive, it was easy for super-rich Jews to maintain a near-monopoly over the Narrative. But the internet changed the playing field, and there were suddenly many voices, from left and right, that began to expose Jewish Hypocrisy. And in this, the Shoah increasingly became an Achilles Heel for Jews. It was with the Shoah Narrative that Jews made themselves out to be a saintly victim race that wouldn't hurt a fly, no more than Norman Bates's mother could. Rather, we were told that the Shoah was the final culmination of goy madness that had irrationally targeted Jews in perpetuity for all the problems of the world when, if anything, no people were as innocent and decent as the Jews.

People become more vulnerable to accusations of hypocrisy if they elevate themselves as high-and-mighty moral arbiters for all humanity, and Jews did just that with the Shoah Narrative. And this made Jewish Hypocrisy a real problem because it isn't difficult to point to all the bad things Jews have done over the ages and are doing now. While a miniphone is no match for a megaphone, when there are so many miniphones on the internet exposing Jewish Hypocrisy on Twitter, Facebook, Youtube, and etc., all those voices add up to something like a counter-megaphone. It's like enough mosquitoes can drive a man crazy. And this is why Jewish Power is so hellbent on using their ethno-monopoly over internet platforms to shut down as many voices as possible because they know full well that the very thing that brought down white authority can bring down Jewish authority in turn.

Authority is key because wealth and privilege are not enough. Even now, white gentiles have the bulk of the wealth in the US, but they totally lack authority. Even grubby non-whites who just got off the boat feel emboldened to spit on whitey as indeed many Hindus do. Blacks are poorer than whites, but they have great moral authority due to the prevailing narrative pushed by the Jewish megaphone. Currently, Jewish Power is rife with hypocrisies of all kinds. Jews talk of equality but are the most unequal people. Jews talk of the evil of 'hate', but they run Hollywood that makes hateful movies about the Other, especially Muslims and Russians. Jews talk about the dangers of misogyny, but they control porn and made billions from rap music where women are 'bitchass hos'. Jews bitch about atavistic nationalism, but they demand that we all support Israel, the Jewish homeland. Jews call for War on Terror, but they've been working with terrorists against Assad of Syria. They say we must remember the Shoah, but radical Jews played a key role in mass killings in the 20th century. Jews berate Russia for all sorts of bad behavior, but the reason why a man like Vladimir Putin came to power is because of Jewish oligarchic malfeasance in the 90s. And so on and on.

All we need to do is pull on the string of Jewish Hypocrisy, and Jewish Authority could come apart at the seams and unravel. Jews could have all the wealth in the world, but without the element of authority, they would lose respect/reverence, and then they would be an easy target of criticism and rebuke. And that's why there is growing censorship or censchwarship on internet platforms.
But for how long can Jews hold out against accusations of wanton hypocrisy, which has paradoxically gotten worse precisely because of Jewish suppression of criticism of Jews. Without healthy criticism and debate, a power grows even more corrupt and vile, and then there is even greater hypocritical distance between what it preaches and what it practices. Shielded from criticism, Jewish Power has grown more obnoxious and foul, making its hypocrisy worse, thereby requiring more suppression, which only compounds Jewish vileness even more in a vicious cycle. But I'm sure Jews will remind us that they are for 'free speech, not hate speech', what with 'hate' being defined by themselves. AIPAC's call for more 'genocide' of Palestinians apparently isn't 'hate'. 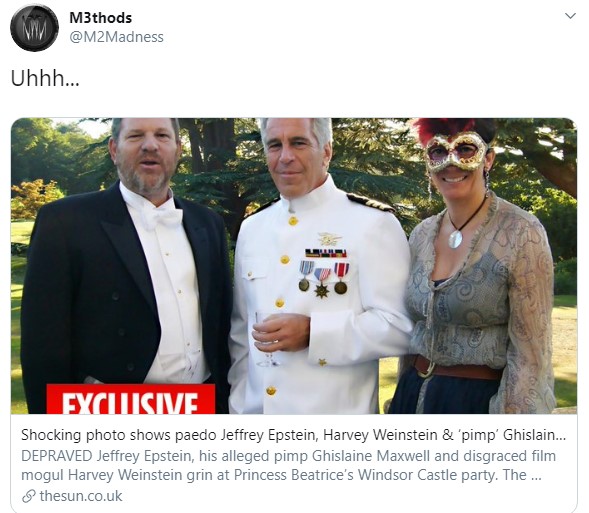