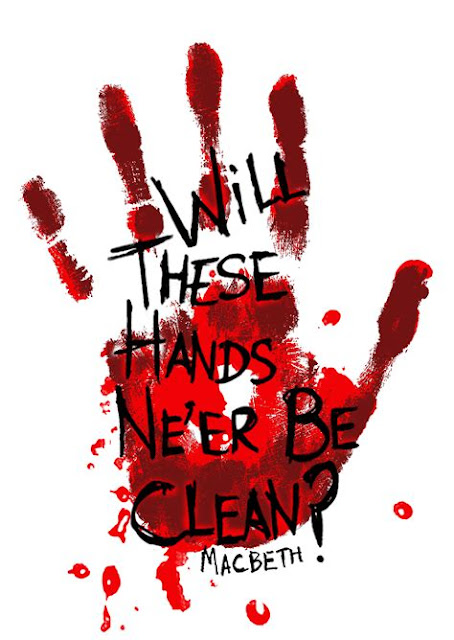 Some Jews are pondering if Jews should count as 'white'. After all, the notion of 'whiteness' has been much pilloried in the academia, media, and the state, not least by JSP or Jewish Supremacist Power. Therefore, Jews find it problematic to count as white because white goyim are routinely scapegoated for just about everything... unless the white goyim happen to be 'gay' or 'gayim'. But then, there could be another problem arising from Jews rejecting whiteness. After all, if Jews don’t count as white and are gauged as a stand-alone group, it means they can easily be identified as the Most Powerful Group because Jewish privilege, the biggest privilege in the world, could no longer hide behind the veil of ‘whiteness’. If Jewish Privilege no longer counts as 'white', people might begin to awaken to the fact that Jews control the US, thereby the world.
The result is the paradox of Jews both vilifying and identifying with whiteness. Why would they identify with a group that they vilify the most? It's because the biggest Jewish fear is being exposed as a people of immense power, wealth, and influence, all of which suggest supremacist tendencies among Jews. Thus, Jews are Zelig-ish by nature, indeed even within the community. Barbra Streisand made YENTL, a story about a Jewish woman who pretends to be a man to gain access to education and, in the same year(1983), Woody Allen came out with ZELIG where a Jew morphs into other identities while, deep inside, remaining the Eternal Jew. The paradox of Jewish character is that Jews mastered the art of adapting into non-Jewish modes not for genuine assimilation but to protect the core 'nest egg' of Jewishness deep within. It's no wonder Albert Brooks in LOST IN AMERICA, as the wandering Jewish yuppie, is so obsessed with the notion of the Nest Egg. Jews know that they amassed a lot of power, wealth, and privilege by means foul as well as fair. Therefore, the last thing Jews want is to be blamed for all the dirty tricks they pulled. Consider Jews and blacks. Jewish agents and managers ripped off a lot of blacks, and a lot of blacks know this. And Jews know it too. But in their effort to maintain the political alliance between Jews and blacks, Jews get awful upset if blacks mention past Jewish behavior in bad light. But if blacks blame 'whites' instead for all the bad things Jews did to them, that is acceptable to Jews. #HollywoodSoJewish is not okay, but #HollywoodSoWhite is okay. So, if a black person was conned by a Jew, and if he says, "A Jew ripped me off", Jews hiss with anger. But if the Negro says, "A WHITEY ripped me off", Jews breathe a sigh of relief and show their approval. Therefore, it's very convenient for Jews to identify as 'white' for the time being.
Of course, by invoking the Shoah endlessly, Jews also make themselves out to be the biggest victims of whites or 'white supremacists'. Disingenuously, Jews pretend the Shoah happened out of the blue for no reason when, if anything, it was an extreme and radical reaction to much horrible behavior on the part of Jews. In many respects, the Shoah was a Counter-Holocaust in response to the holocausts committed by Jewish communists and World Jewry on goyim. Before there was the Jewish Holocaust carried out by Nazi Germans, there was the Slavo-Holocaust carried out in large part by Jewish radicals. In that sense, The Holocaust should really be called the Counter-Holocaust. Horrible Jewish behavior inspired horrible German behavior. Tragically, JSP or Jewish Supremacist Power is at it again in the 21st century as the Jews have become the New Nazis or Judeo-Nazis. 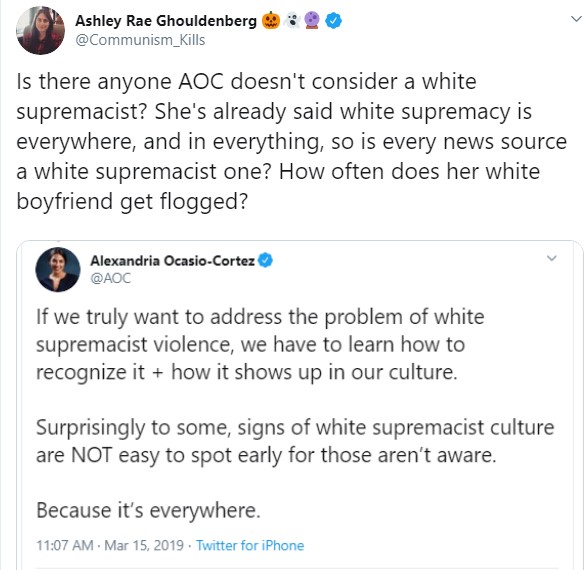 In the Current Year, the Cult of Privilege is less about having privilege than being branded with its label. It is rather like an inversion of the concept of the titled aristocracy. After all, the privilege of nobility was not so much about wealth & means as about blood & lineage secured through titles passed down through generations. So, one could be broke and out of luck but still be regarded as a 'duke', ‘count’ or ‘baron’.

Likewise, the cult of ‘white privilege’ isn’t about all white people really having or enjoying privilege. It means being labeled with this historical stain of ‘privilege’. It is something ALL whites inherit, like the Mark of Cain. No matter how poor or downtrodden(or tyrannized by black thugs) a white person may be, he is forced to own the negative-title of ‘white privilege’. John the Oppressor. Bob the Tyrant. Jerry the Bigot. Ron the Hater. Whitey = Evil.

Given how this works, if Jews un-whiten themselves, they could earn the Special Privilege of being forgiven their own privilege of immense power and wealth. Even if Jews remain rich or get richer, their un-white-ness provides them with the special dispensation of not being tainted with moral wickedness that is thought to be uniquely white. (But then, as noted above, Jews-as-Jews than Jews-as-whites will open up a whole new can of worms when it comes to the issue of uber-privilege as Jews have more money and privilege than any other group. Jews-as-Jews may no longer be stained with whiteness, but then, they will no longer be able to launder bad Jewish behavior as 'bad WHITE behavior.')

If you’re black, brown, or homo, you can be as rich, famous, well-connected, and/or privileged as possible without any blame or accusation. Not being white gives you the privilege of denying your privilege even if you, as an individual, has lots of it. That group advantage, in and of itself, is an immense kind of privilege. And some Jews may be hoping for the same thing as they explore the possibilities to detaching Jewishness from whiteness.

After all, white Hispanics enjoy such PC privilege. Being ‘Hispanic’ makes them non-white, and that means they can be as rich as Carlos Slim the Lebanese. They don't count as one of the ‘privileged’ since privilege is only attached to non-Hispanic whiteness. Incredibly enough, white Latinos, the descendants of the first European Conquistadors of the Americas who did so much plundering and pillaging, hide behind the veil of 'people of color'. Meanwhile, to confuse matters even further, even brown natives of 'Latin America' without a drop of white blood are referred to as 'Hispanic' or 'Latino'(or now 'Latinx'). 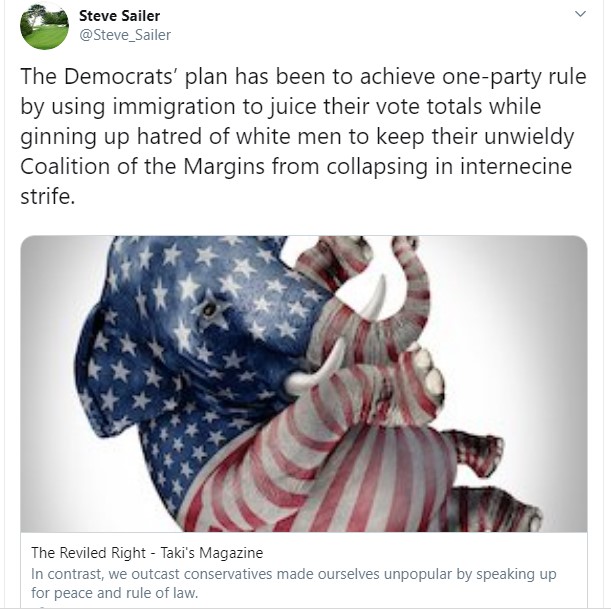 The concept of Privilege according to PC isn’t a condition based on actual wealth or power. It is an inheritance. So, no matter how rich a Negro, Dotkin(Hindu), or Conqui(or Conkey, or White Hispanic) becomes, he is not associated with the Problem of Privilege. In contrast, no matter how poor a white person may be, he or she is forced to inherit the negative title/curse of ‘white privilege’. It really stinks how the shame-game is rigged.
Maybe, whites should twist this around and come up with the concept of White Prestige. Invoking Charles Murray’s HUMAN ACHIEVEMENT, they should say 97% of all contributions to mankind came from whites, therefore, ALL whites are worthy of inheriting White Prestige and White Pride FOR ALL TIME. This way, even the dumbest white dolt will have more prestige than the smartest non-white individual who contributes something of great value. Yes, all whites inherit White Prestige and demand respect from all the world that owes everything to white achievement.

According to PC, this stain or inheritance of ‘white privilege’ is something whites can never be rid of. It's like a scar that marks one for life. The stamp of 'white privilege' is meant to be more resilient that the seal of nobility. It's meant to stick to whites like skunk spray.

If a nobleman was really down on his luck, he could at least sell his title and be rid of it… and end up like the descendants like TESS OF THE D'URBERVILLES. In contrast, ‘white privilege’ is like the blood on the hands of Lady Macbeth. It won’t fade no matter how much it's washed AS LONG AS white folks remain psycolonized by PC. It's like a chronic infestation by parasites that are nearly impossible to eradicate... unless one takes a drastic measure. At this point, only total White Liberation from JSP will bring an end to the cult of White Guilt. 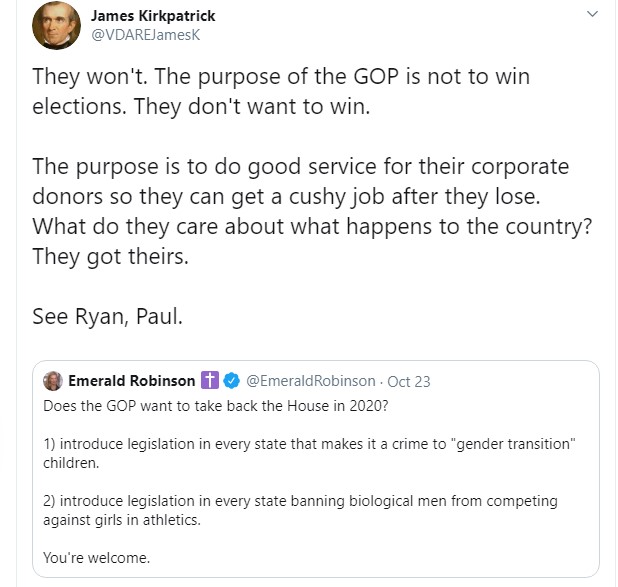 Because rich whites can afford to be ‘good whites’ and buy special dispensations — like the Clintons, Bidens, Pelosis, and the rest of them — , we have a surreal situation in this country where rich ‘liberal’ whites and rich cuck-whites can pose as less ‘privileged’ than deplorable poorer whites who can’t afford magic soap to wash away the dirt of ‘white privilege’. It is another kind of Dirt Gap... or the Dirty Gap.
Of course, even for PC-approved privileged whites, the stain of ‘white privilege’ never goes away. Unlike Jews, blacks, and homos who are idolized as naturally and unconditionally clean(no matter what they do), even the 'goodest of the good' whites are stained with the 'original sin' and the Mark of Cain of 'white privilege' and 'white guilt', and therefore, they must always make an effort to show that they wash day in and day out to remain clean. It's as if whites are like Pig-Pen of Peanuts comics. Still, rich and well-connected whites can still afford the Magic Soap that makes them seem 'cleaner' than the deplorables.

We now live in a crazy nation where the general impression is that lower class whites got more ‘white privilege’ than upper-class whites do. It’s not about who has more actual wealth and privilege but who can better afford to wash away some of that stain with Woke Soap. Magic Soap sure is expensive. Hope Soap makes Bill Gates and Warren Buffet seem cleaner of 'white privilege' than white deplorables who, down on their luck, are realizing that they're all on their own and without white leadership. Their only hope is White Liberation from JSP or Jewish Supremacist Power.
at October 25, 2019