Commentary on "Debate with Nick Fuentes: What Caused the West's Decline?" -- Why Fuentes is Wrong to blame the French Revolution as the Source of Decline. 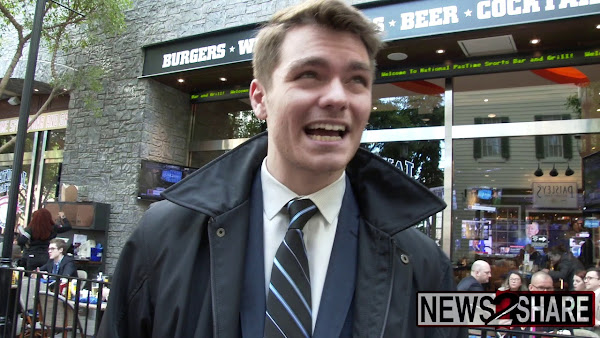 Nick is wrong to pinpoint the French Revolution as the beginning of the Decline of the West. French Revolution and American Revolution(that shared similar ideals) opened up new possibilities and paved the way for Western greatness and domination. From the time of the French Revolution to World War I, the West saw rising numbers, wealth, might, and influence. There was advancement in every field of science and technology. More people became educated, ate better, and lived longer. The historical trajectory of Western Might was on the up and up for the West until 1914 when World War I destroyed much of Europe. Still, consider the rapid recovery of Germany in the 1930s. Had Europe avoided WWII, things might have been great all around. But Hitler sunk Europe into WWII and tens of millions died.
EVEN SO, the fact is that most Europeans never had it so good as during the post-WWII era. All European economies recovered quickly, living standards rose, and most people were better off than ever. And in the US, the majority entered the middle class. Even communist Eastern European nations saw considerable rise in living standards from end of WWII to the 1960s -- though behind the Capitalist West, they were better than any other part of the world. The West was mostly riding high after WWII. For example, France became a real industrial power only AFTER World War II. Prior to the war, 1/3 of Frenchmen were farmers. It was in the 50s and 60s that France became truly industrial and modern. Living standards improved markedly after the war. Also, the loss of empires didn't hurt the European economy at all. For one thing, nations like Sweden and Norway, which never had overseas empires, did very well. And France and UK saw their economies rise higher just as they were letting their empires go.

So, why did things begin to fall apart for Western Man?

1. Jews took over the US that controls the rest of the West. Jewish Supremacists, filled with virulent resentment against whites, used media power to fill whites with Guilt and Fever. 'White Guilt' paralyzed white pride and confidence. Whites were told that their history was one of oppression of others, and therefore, any notion of collective white identity and interest must be denounced and suppressed. To atone for 'white guilt', whites must serve OTHER peoples, beginning with the Holy Holocaust Jews.
And 'White Fever' made white boys and girls addicted to black music, black sex, and black cool. Today, white boys imitate rappers, and white girls want to have mulatto babies with black guys who are seen as superior studs. If the black race didn't exist in the West, white decline would have been far less dramatic. It was blacks who destroyed white male pride and confidence by kicking white ass and conquering white pussy. Blacks have been especially threatening to whites because blacks win so much in the areas that give whites the biggest collective orgasms: sports, pop music, oratory, and sex culture. Faceless white crowds cheer like mad for black sports heroes. White guys act like cucks before black athletes who hump 100,000s of white women. And white butts and groins pump and grind to black music whose message is "white girl, suck my big black dick". And because blacks have louder deeper voices, whites react to Negro speech like it's the voice of god. Would MLK cult exist if King didn't have a bellowing voice?

2. Good times and youth culture led to decadence and degeneracy. When times are good, people take things for granted. They lose the fighting spirit and survival instinct. Americans got soft and flabby in their post-nationalist affluence. A people who feel secure and well-fed don't care about nationalism. And young people lost respect for tradition and old people. They got addicted to new fashions in youth culture that were all about 'me, me, me', and 'admire the Negro singers'. Young people's idea of culture became loose sex, drugs, and imitating trashy celebrities(marketed by Jews). Look at Miley Cyrus and other shikse cunts pulled by Jewish puppet-strings. Jewish globalists want white girls to be turned into sluts for portnoic Jewish and black men.

4. Pop Culture in general. Prior to electronic media, people felt lonely unless they were with other people. So, they wanted to get married to be with other people and have a sense of belonging. And they joined local communities to feel human connection and warmth. But with TV in every home, even lonely individuals could just turn on the TV and live with substitute family members and friends(who were prettier and cooler) on TV. This affected old and the young. Check the last scene of Barry Levinson's AVALON where the kid just stares at the TV.

5. Spread of universal-elitism. As more people got college education, they came to value only fancy jobs and higher status. This is a problem in the East as well as in the West. In the past, people had kids just to have kids. Today, people don't want to have kids unless they feel assured that their kids will grow up to go to good college and get fancy jobs. So, both whites in the West and Asians in the East have fewer kids. This socio-demographic trend leads to labor shortage, and that means FOREIGNERS must be brought in to do all the 'dirty, dangerous, and demeaning' jobs. Even Japan finally decided to let in hundreds of thousands of foreigners to fill up jobs because Japanese don't have kids. Why don't Japanese want to have kids? Japanese don't want to have 'loser children' who may not attend good schools and get fancy jobs. When a people come to despise labor, they are doomed. This is why we all need a bit of socialist mindset. Socialism respects the working class, the laborers. But in today's globalist world, whites and yellows only respect white-collar professional jobs. They see working class jobs as 'dirty'. So, they figure they should bring in foreigners to do the lowly dirty jobs.

Finally, French Revolution and American Revolution were actually good for the West. The theme of both was nationalism, the idea that the national elites should represent and serve the national masses. Prior to the French Revolution, the French aristocratic elites looked upon their own people as subjects. If anything, fancy elites identified more with aristocrats of OTHER kingdoms than with their own French folk. It was like a network of elites, all of whom regarded their own folks as lowly subjects.
In contrast, the French Revolution said that the people matter too, and that the main role of the national elites is to represent and lead the national folk. The populist-nationalism we see today is very much in the spirit of the French Revolution. The globalist rhetoric is neo-aristocratic and much like the elitist worldview PRIOR to the French Revolution. Globalism says the elites of the world should link up together in their own cloud castle realm and look down all the masses as 'deplorables' to exploit. Yellow Vests represent the French Revolutionary Spirit. Emmanuel Macron represents neo-aristocratism. Aristocrats were fancy-pants and dressed like fruits because they recruited haute-homos to make fancy things for them, like those puffy wigs that the French aristos wore. Is it any wonder that the globalist neo-aristos promote Homo Stuff as the 'new progressivism'? It's really just neo-aristocratism.
What the West needs is to recapture the national-revolutionary spirit of the American and French Revolution. It must break free of the globo-homo neo-aristocratic rule of Jewish Hegemonists. (Notice that Jews, even as they undermine the unity of elites and masses among goyim, insist on the unity of Jewish elites and Jewish masses, esp in Israel. When Jewish masses in Israel demand a wall to keep out Arabs and Africans, Jewish elites listen and deliver. That's why Israel is so sturdy; it is founded on the unity of elites and masses. But when Viktor Orban in Hungary tries to serve his own people the same way, Jews shriek with horror because they see goy nationalism as a barrier to Jewish penetration and total takeover. Jews know nationalism means ethnic solidarity and power. That is why they guard nationalism for themselves but denounce it among other peoples. And they bribe goy-cuck-collaborators to do their bidding.)﻿

According to Nick Fuentes, the heart of the matter is the European Man lost the sense of spiritual authority, and THAT began the process of inexorable decline. But notice that Byzantine, French, and Russian Monarchies all fell to foreign armies, popular revolt, or minority-subversion DESPITE their adherence to tradition. If traditionalist spiritual authority is such an effective bulwark against degeneration and destruction, why didn't the Byzantine Empire go from strength to strength despite its arch-spiritualism? Why was the French Monarchy, despite blessings of the Catholic Church, unable to stem the revolutionary tide? Why was the Russian Czar, despite the backing of conservative Russian Church, fail to stave off the Socialist Revolution?
While there is something to be said for spiritual roots and guidance, history shows us that church authority, like any other kind of authority, tends to grow corrupt, stagnant, and dull over time. But then, this problem goes back to the very moment when Early Christians joined with the Roman Empire. A religion founded on peace, forgiveness, and brotherly love made a pact with the 'devil', the very imperialist power that sacked Jerusalem and used ruthless violence to maintain military hegemony over much of the known world. Once politicized, religion turns into just another arm of Power Politics and Insider-Privilege, and then, especially in times of severe duress(when people are desperate) or happy affluence(when people are decadent), traditional religious authority seems either supportive of 'tyranny' or obstacle to good times(aka party poopers, like when Moses returned from Mt. Sinai and said NO MORE to the festivities with the Golden Calf).