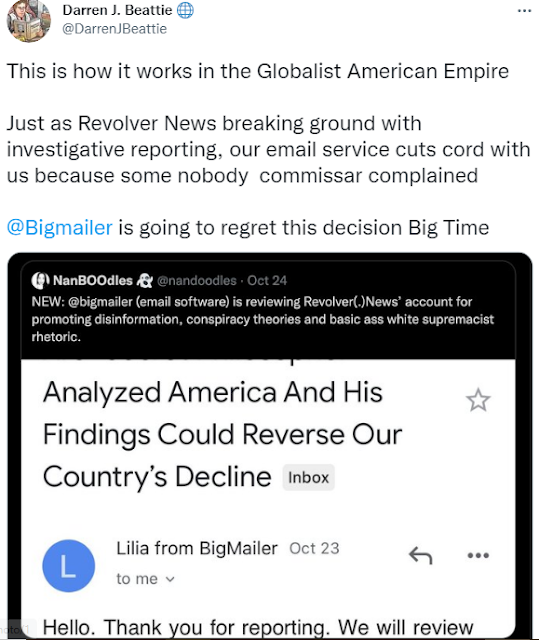 Exclusive: America's Most Important Right-Wing Conference Of The Year Is An Israeli Influence Operation - https://national-justice.com/exclusive-americas-most-important-right-wing-conference-year-israeli-influence-operation

There are HBD(human bio-diversity) types and dissident rightists who promote the likes of Yoram Hazony and Abigail Shrier, lending the false impression that Jews are at the forefront of defending nationalism and sexual sanity when such figures are, at best, outliers in the Jewish Community or, worse, participants in the deception. In fact, most of Jewish Power is anti-white, anti-nationalist(except for Israel), and anti-sexual-sanity.

The only kind of Jews worthy of trust are those who acknowledge loud and clear that the overall Jewish Agenda is virulently anti-white. We can trust Brother Nathanael on Jewish anti-white politics. We can trust Max Blumenthal on the Israel Lobby's influence over America. But Hazony pretty much makes the same rounds as the two-faced weasel Ben Shapiro: Identity for us Jews, not for you goyim. In Hazony’s view, there can be only ‘civic nationalism’ for whites, which, at this late date, is useless. ONLY JEWS get to have ethno-nationalism, though, in his infinite propensity to twist facts and logic, Hazony insists Israel celebrates 'diversity' because it has an Arab minority. In truth, Arabs still exist in Israel only because Jews failed to remove all of them in the Nakba campaigns. Jews didn't invite Arabs into Israel to celebrate 'multi-culturalism' and, if anything, they are hatching plans to realize the Final Plan of total Jewish supremacy in Israel and West Bank. 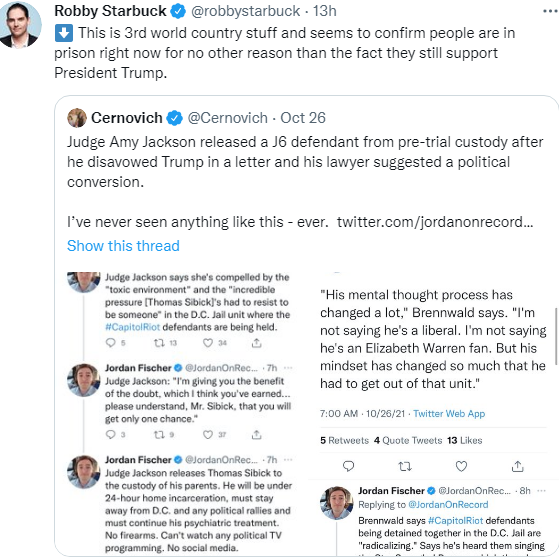 To my knowledge, Hazony doesn’t acknowledge that Jewish Power is leading the charge against whites(and other goyim), and Shrier doesn’t mention that Jews are the main funders and pushers of LGBTQXYZ nonsense. We are to believe that a bunch of mentally imbalanced trannies suddenly amassed so much power all on their own. Unless they mention WHO are behind the anti-white and anti-sanity agenda, they are bad faith actors and not to be trusted.

And whites who keep falling for such individuals as heroes or champions are either idiotic or hopeless. They are idiots because they name the symptoms but not the disease. So much of anti-white and anti-sane agenda originates and flows from the Jewish source.
Or they are hopeless because, like so many people in the West, they have an idolatrous fixation on Jews: A particular position is thought to be ennobled based on who/whom. So, if a Jew says something, it purportedly has higher value simply because it was expounded by a member of the Tribe endowed with higher innate worth. Such thinking is hardly different from the ‘wokeness' or 'jewokeness' of morons who sacralize blacks and believe something carries greater meaning and moral authority simply because it happens to have been associated with or expounded by blacks. 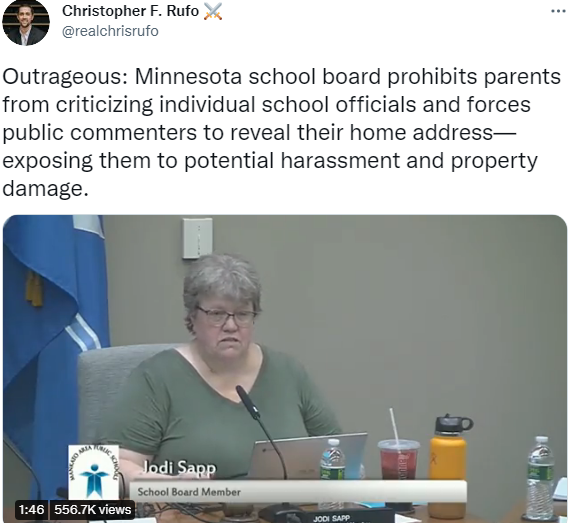 The Racial Reckoning: Just Looking Around by Robert Weissberg - https://www.unz.com/article/the-racial-reckoning-just-looking-around/

It be Bounty for the Mutiny.

Since the Clinton 90s, Jews and New Democrats espoused neo-liberal free trade and globalism. And they began to favor globo-homo over black issues except in rap and sports. Many young black males were thrown in jail and crime decreased drastically(and predictably). Big cities welcomed millions of immigrants who came to replace blacks in many places and industries. Blacks felt neglected. If blacks remained loyal to the Democratic Party in record numbers from 2008 to 2016, it was only because Barack Obama was the face of the party though he was really a puppet of Jews and homos.

But after Obama, there was the black realization that the Democrats don’t really offer them much(unless one works for the government). Besides, most of Obama’s tenure was about celebration of homos, bailing out Wall Street, and more Wars for Israel. And anti-Russian policy at the behest of hateful Jewish supremacists. BLM was a bone Obama threw to the blacks at the end.. with dire results. As too many blacks gained little or nothing under Obama in tangible terms, they were indulged with the symbolism of noble victimhood.
Over the years, the Democratic Party became the yuppie elite party, the college educated suburban party, the homo party, the Zionist party. Sure, it made a lot of noises about MLK and pretended Obama was The One, but most of its policies were along the lines of Stop-and-Frisk-the-Nigger-as-Super-Predator, urban gentrification, celebration of homos(most of them white) and welcoming diversity, aka mass immigration.

But as the GOP was so boring and dull(and associated with the Neo-Confederate South and sucking up to the rich), it could be taken for granted that blacks would remain with Democrats. What choice did they have?

But Donald Trump came along and made noises about too-much-immigration and taking care of America first. So, even though most blacks remained with the Democratic Party, Trump's brand of politics struck a certain chord in the black community. Democratic Party needs almost all the black votes to win in key areas. So, in a long while, the Democrats actually had to compete for every black vote. Now, how could they appeal to blacks when blue cities had been pushing for stop-and-frisk-the-nigger, globo-homo priority, and immigrants-uber-Negroes?

Roll out BLM in strength and make George Floyd the anointed one, and blame it all on the 'white supremacism' of Trump and white cops. And all those white and Jewish libby-dibs, who’d been supportive of stop-and-frisk policies and preference for homos/immigrants over blacks, did everything to cover their tracks; and by bleating about BLACK LIVES MATTER, they did all they could to fool others and themselves that they’ve been agonizing over the plight of the poor poor noble Negro. What a whitewash! From stop-and-frisk to stoop-and-wash(the Negro foot).

Jews control the big cities and the Democratic Party. Long ago, they got pissed with blacks, especially with Stinkin Dinkins(as mayor of NY), and did everything to suppress black crime and revive big cities beginning in the early 1990s. Jews succeeded for the most part, especially in the Big Apple(or Big Bagel). But this led to simmering black grievances about the Democrats in 2016 and 2020, especially as Obama was no longer in the running to placate the Negroes and as Trump came along as da gangsta making noises about MORE FOR AMERICANS than foreigners. So, Jewish Power felt compelled to hype BLM and sacralize Negrohood(to flatter black egomania), as well as spread the money around to keep blacks on the plantation. When all else fails, buy loyalty.

Another factor for neo-sacralization of the Negro had to do with stirring of white politics. Napoleon was to have said, “Let China sleep because, when it wakes, it will be one giant eggroll.” Jews feel the same way about whites. What if whites wake up from their wussy slumber and think independently? Jews fear that Trump stirred the white dragon from its comatose state. Even though Trump cucked to Zionists at every turn, he roused white political passion into a frenzy that reminded Jews of Germans en masse going “Heil Hitler”.

Jewish Power depends on white cuckery and goy obeisance to Jewish Power, and this means whites must NOT have a political consciousness of their own, one that's proud and autonomous. After all, emancipated whites might ask, “Why must we serve Jews at every turn when we are our own people with our own identity, culture, and heritage?”

Therefore, Jews believe they must emotionally paralyze whites with ‘white guilt’, and Jews believe blacks are most potent for this purpose because whites are in awe of blacks as super-athletes, super-rappers, super-butt-shakers, and super-dong folks. White people don’t feel too bad about having wiped out stony faced dull American Indians but get all emotional about how they’d once made people like Michael Jordan and Jay-Z pick cotton.

Of course, we may well ask WHY do whites, especially Anglos, cuck to Jews and appease them at every turn? The great lesson of WWII is supposed to be about how ‘appeasement’ doesn’t work. Neville Chamberlain has roundly been ridiculed as the biggest dumbass of all time because of his appeasement of Adolf Hitler. If that was foolish, why do Anglos think they can appease Jews and come off any better? (If anything, Hitler offered the Anglos a far better bargain, whereas Jews are pushing for nothing less than White Nakba of the West.)

If the Greek Lobby or Chinese Lobby or Russian Lobby tried to push the US or UK around, Anglos would say GO TO HELL, especially if Jews approve. But why are Anglos a bunch of Anglucks(Anglo-Cucks) when it comes to Jewish demands? How did Anglo politics become a dog show for the Jews?