There are Two Sides to the West: Jewish West and White West — One is Formula for Power, Other is Formula for Weakness — Paradox as to why the West attacks Goy Nations that opt for the Jewish West Formula(way of power & life) while flattering Goy Nations that opt for the White West Formula(way of weakness & death) — Life/Death Paradox of Jewish-run Globalism 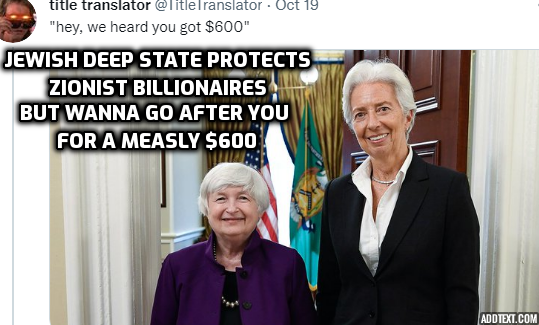 The West and the Rest. It is one way to look at the world as, for several centuries, the West has led and the Rest has followed. Because the West, despite its tragedies and setbacks, went from progress to progress and from strength to strength, the Rest has looked to the West as a model of the Future, what to do and how to do it.

Of course, the demarcation between the West and the Rest hasn't always been clear. Parts of the West, like Southern Italy and Greece, have remained as backward as the Third World nations until the 1960s. Turkey, as a bridge and/or barrier between the West and the East, hasn't been easy to define in historical and civilizational terms. And modern Japan, at least for a time, seemed more comparable to developed Western nations than with other East Asian nations(that have since caught up with modernity, more or less).
Germany has been considered as part of the West since the end of World War II, but it wasn't always so. Germans during World War I were regarded as no better than ancient tribes of Huns, and National Socialist Germany is regarded as a historical pariah, an outlier and anomaly, that defies Western categorization. Indeed, especially in the aftermath of World War II, what is often called the 'West'(or part of 'Western Civilization' imbued with 'Western Values') has been narrowly defined in terms of allegiance(and submission) to Anglo-American Hegemony(that, in time, came under the control of Jewish supremacism). 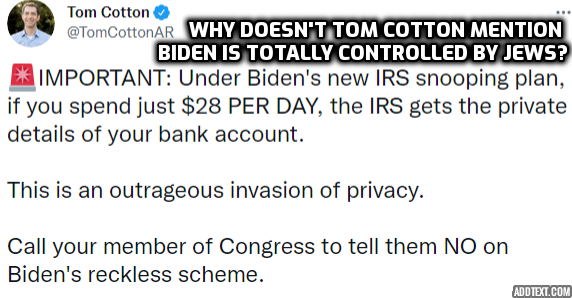 Russia is now perceived by Western elites as part of the Rest. Not that Russians much care about their 'outcast' status. Unlike insecure toady Poles who, as self-loathing Slavs, are ever so eager to win approval from the West, Russians can take pride in their own history and culture. Amusingly enough, the 'West' rejects Russia and denounces it as irredeemable but then gripes about how Russia has drawn closer to Rest, especially China and Iran.

Anyway, what is the Rest to think of the West? In the second decade of the 21st century, what can the Rest gain from the West, as both positive and negative models?

First, we must acknowledge there are Two Wests: The Jewish West and the White West.

And this leads to a paradox. Why? Because the current reality is as follows.

1. The Jewish West is the part of the West as controlled by Jews in service of Zionic hegemony. It is about consolidating Jewish power and bolstering Jewish Identity. Furthermore, it is about pressuring goyim, especially whites, to honor and serve Jewishness & Zionism above their own identities and interests. Indeed, for the lowly goyim, there shall be no interest before Jewish interests, just like Yahweh commanded, "There shall be no gods before Me."
As for non-white goyim, they may nurture their own identities but mostly as weaponized expressions against whiteness but never above or against the identity and interests of Jews. Arab-Americans can take pride in being Arab, but they better not take part in BDS against Zionist supremacism. Chinese-Americans may be proud of being Chinese but must put Jewish Power before Chinese interests... like the whore Amy Chua does.
Jewish West is about Jews expanding their own power and about the goyim, especially whites, praising Jews to high heaven and pledging to obey and serve Jews first and foremost.

Of course, there are times when whites are allowed some passion/aggression BUT ONLY WHEN in the service of Jewish Power. So, Jews praise whites for serving as attack dogs of Zion in destroying Arab/Muslim nations hated by Israel. Jews praise white generals, politicians, and pundits for barking loudly at Iran and Russia(and increasingly China). Jews praise 'good whites' for barking at 'bad whites': the 'deplorables', 'white supremacists', and 'insurrectionists'. (Indeed, the loudest passion among many whites is their virulently anti-white hysterics in total obeisance to Jews and Negroes.)
Just like dogs, in having to be so sappy and servile before their master, are grateful on the occasion they're allowed to vent their repressed predatory instincts on rabbits and strangers, white cuckeroos take to barking at the selective enemies(always chosen by their Jewish Master) with wild abandon. It's the only way they can let loose on occasion and 'feel like a man'. John McCain was especially well-heeled in this art of cuck-doggery: Servile dog to Zion but rabid dog to Russia, Iran, Syria, and anything hated by his Jewish Master. Rule goes: Be a servile dog to the master, be an angry wolf to whomever/whatever set against by the master.

So, when we speak of the West, we must specify which 'West' we are talking about. The Jewish West or the White West? They aren't the same and don't follow the same rules.

When the Rest looks upon the West, it's obvious that they should emulate the Jewish West and reject the White West. Why not follow the formula for powerfulness than one for powerlessness? After all, Jewish West is about survival, continuity, pride, power, and unity. It's about Jews working to expand their reach, secure their dominance, and reinforce their sense of heritage & culture. Over the years, the Jewish West has gone from strength to strength based on this formula.
In contrast, the White West is about submission, sorry-ass cuckery, sappy-head wussiness, and utter self-debasement... in other words, the prescription for racial and cultural suicide. As whiteness itself has been called into doubt, it isn't even tenable for whites to say white women and white men belong to one another, that white lands belong to white people, that white industries belong to white workers, that white history and culture belong to whites, and etc. The current way of the White West is a formula for decline and demise. 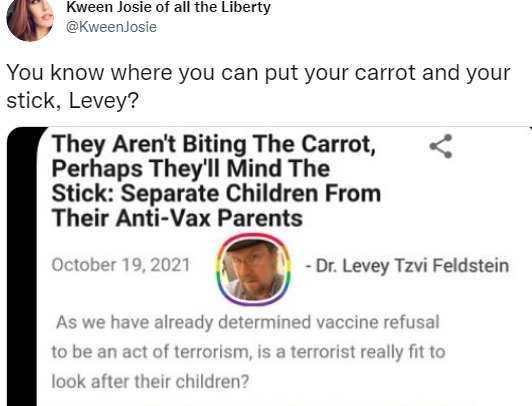 When we see Hindus and East Asians in the West, the former seems to emulate the Jewish West while the latter the White West. That means Hindus are better positioned for the future. Japanese-Americans, for example, have been successful as individuals but have turned into a total zero as a culture and identity. If anything, they are like yellow whites, utterly deracinated and following in the footsteps of white suicide. In contrast, Hindus have something like a core identity and seem to be aping the Jews in their long-term strategy.

Compare Hungary and Japan. Hungary has chosen the way of the Jewish West. It wants to defend its borders, identity, and culture, much like Jews do, especially in Israel. In response, however, Jews have heaped all manner of abuse on Hungary and calls for its isolation, condemnation, and destruction. 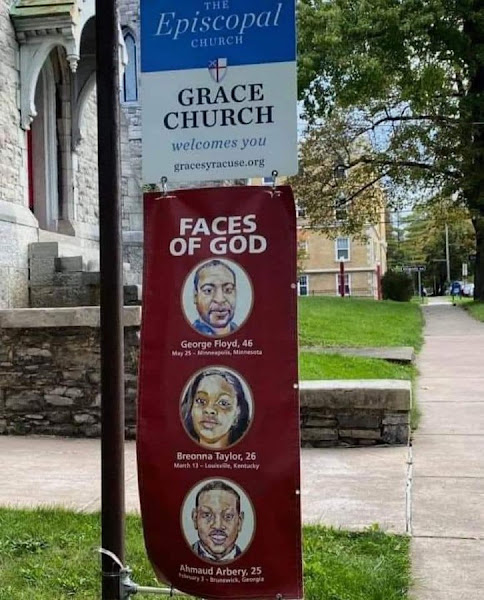 In contrast, once racial-minded Japan is now utterly cucked, promotes jungle fever, spreads multi-culti propaganda, and pushes for mass immigration(in the manner of Germany, which is too late to save at this point). As a result, Japan is being praised by the West, and there is short-term gain from this(especially as servile yellows crave approval from the West), but the emulation of the White West will lead to the demise of Japan.

It’s like a doctor reviling a patient for quitting smoking while rewarding a patient for choosing to smoke even more. The Global Order is a case of "damned if you do, damned if you don't." If your side chooses to emulate the successful formula of the Jews, it will be targeted for destruction. If your side chooses to emulate the self-destructive formula of the whites, it will be showered with prizes. If you choose the formula of power, you will be hunted down. If you choose the formula of suicide, you will be rewarded with money and trinkets. It's like offering a lifeboat only to those who've chosen to drown themselves. The Life/Death Paradox of Jewish-run Globalism.

Jews want the way of the Jewish West only for Jews. For the Goy West and the Rest, the only approved and mandated path is the way of the White West. (Of course, this doesn't apply to blacks as they're too wild and crazy to care about what anyone thinks. For blacks, whatever-makes-them-feel-good is what matters most. They feel and act more like funky fungus, and that may prove to be a blessing because it takes some degree of intelligence and inhibition to be manipulated by Jewish Propaganda.) 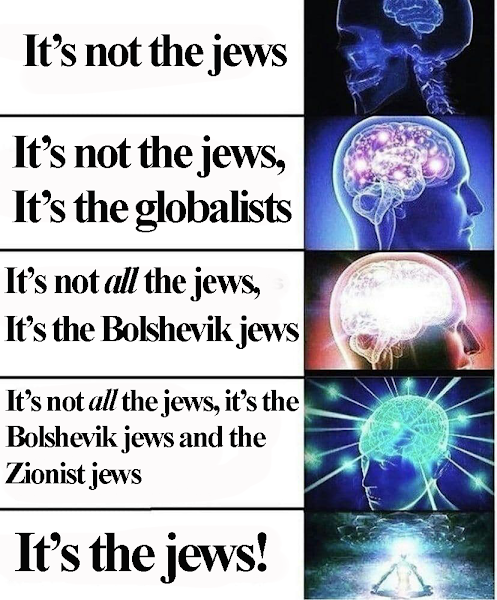