Jewish Entitlement & Rite-of-Passage as Mini-Prophets lording over Goyim as Sheeple — The Problem of Holo-Cause Denial among Jews — Stupidity of Swedes in Relation to Jews — Jewish, Black, and Homo Cult as the Perfect Peoples Eternally Blameless No Matter What They Do 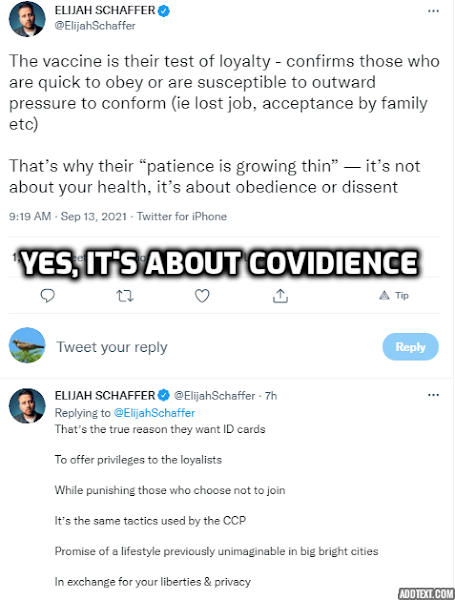 New Documentary Investigates The History Of The Great Replacement and Mass Immigration In Sweden - https://national-justice.com/current-events/new-documentary-investigates-history-great-replacement-and-mass-immigration-sweden

It's almost as if Jews just can't get enough jollies with their PoP or Power of Prophecy. Every Jew is itching to play micro-prophet and 'spiritually' lord over goyim. Traditionally, Jewish prophecy meant the Tribe had a special link with the one and only true God and was thus blessed with spiritual privilege to peer into His Mind. Holiness + Big Think. These days, Jewish holiness(in the eyes of Jews and goyim alike) has much to do with the Shoah — "nobody knows the troubles we've seen, nobody knows but we Jews" — and cult of Jewish Genius. So, goyim look upon Jews as the geniuses, teachers, and visionaries of the age with the ADDED advantage of tragic wisdom that comes with the Holy-Caust.

With such an edge, it's as if every Jew wants his or her piece of PoP or Power of Prophecy. In a way, PoP is the universalized narcissism of Jewishness. It isn't much different from what has become of physical narcissism. Once, it used to mean the beautiful being obsessed with their own beauty, the pretty falling in love with their own prettiness. But over time, what with celebrity culture spreading vanity far-and-wide and in conjunction with the cult of 'equity', everyone(and that means the ugliest fattest women and grossest trannies) feels it's a human right to regard oneself as attractive and worthy of stardom. If some fat ugly guy with hairy chest wants to believe he is one hot chick, we must accommodate his delusions. Likewise, so many Jews now believe themselves to be mini-Moses, mini-Marx, mini-Freud, mini-Milton-Friedman, or some other mini-prophet whose great truth-as-commandment must be heeded by others, especially goyim.

As Jews control the media and academia, the universalization of trashy physical narcissism among goyim flows from the near-universalization of PoP, or prophetic narcissism, among Jews. It used to be only a handful of Jews dared to claim prophetic power(which was still many times more than among goyim). But over the years, as most Jews, boys and girls, went to college and got to feeling awfully clever(especially over goyim), as well as drawing inspiration from seminal Jewish thinkers of the modern era, many of them wanted a piece of the prophetic pie. (After all, so much of current dogma revolves around the conviction that we'd all be lost without foundational, seminal, revolutionary, and/or radical Jewish thinkers. It's as if there would be no freedom for women without Betty Friedan, no free markets without Milton Friedman, no socialism without Marx, no sexuality without Freud, no film criticism without Pauline Kael, and etc.) 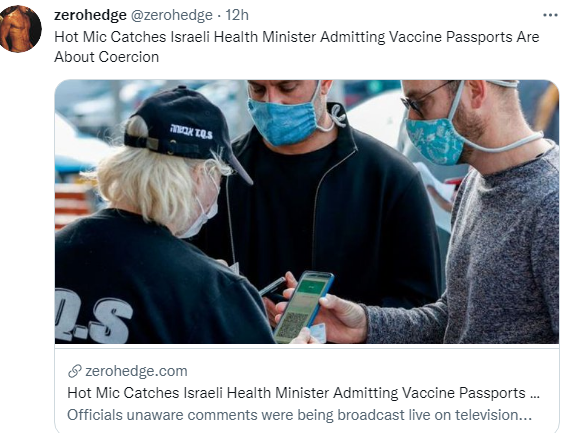 But when so many Jews want to be Big Thinkers, it means a lot of silly ideas get added to the mix. After all, even if Jews are on average smarter than goyim, there's only a limited number of real thinkers within the Tribe. (Just because Bob Dylan and Paul Simon are Jewish doesn't mean every Jewish song-writer has musical talent.) But, Jewish Power is nothing if not about Jews helping Jews, or at least Jews tolerating other Jews with their wild ambitions. And over time, much of Jewish Pride has come to depend on the rule of JEWS SAY, GOYIM OBEY, especially with the fading of Christianity and its 'antisemitism'. (But then, even Christianity has been a manifestation of JEWS SAY, GOYIM OBEY. Even in their anti-Jewishness, goyim relied on instructions from Jews who created Christianity. Even in hating Jews, goyim need inspiration from a bunch of Jews. Jews Say, Goyim Obey.) So, it tickles the Jewish Mind that whatever crazy shit they cook up, goyim follow like sheeple.

If Jews say 'diversity is our strength', goyim chant the mantra like programmed robots. If Jews say, 'homosexuality is like rainbow colors', goyim are waving 'gay' flags all around. If Jews say, 'pride' is now synonymous with globo-homo, goyim just sing and dance along. If Jews say 'whiteness is evil', goyim nod along and go about expunging everything-white from society. If Jews say 'blacks are sacred and always victims of injustice', goyim blame all black problems on whites or non-blacks. Jews have come to believe, 'whatever we say, idiot goyim obey'. Over time, Jews have come to not only expect but DEMAND such relational dynamics between themselves and goyim. Jews feel entitled to PoP over goyim. Even the most ridiculously stupid Jew now feels, "Whatever I say, goyim better obey." It's like a Jewish Right and Jewish Rite(of passage).


So, perhaps much of the crazy shit that's happening has less to do with genuine Jewish conviction in the ever sillier ideas they come up with. What they really relish is a sense of power, prestige, and control. It's like they're playing the godlike game of 'Simon Says' with goyim. Whatever Simon says, the players must do. And those who deviate from the rule are purged until only the ultra-obedient players are left.

Swedes may be higher IQ than world average and all, but their one-dimensional Northern temperament and deeply embedded Christian earnestness turned them into emotional children for Jews to exploit. Of course, modern Swedes, especially following World War II, considered themselves to be well-educated, sophisticated, cosmopolitan, enlightened, and progressive, but their euro-neurotic or 'eurotic' conceit could be maintained only in a provincial and homogeneous world unperturbed by real world problems and events. Jews went to Swedes and said, "If you are all those things — intelligent, modern, sophisticated, cosmopolitan, and progressive — , then you Swedes should pay special heed to us Jews because we are even more intelligent, modern, sophisticated, cosmopolitan, progressive... and furthermore steeped in holy tragedy because of the Holocaust at the bloody hands of Germans... with whom you Swedes did business with during WWII..." (Of course, whereas Swedish cosmopolitanism was meant to override, as well as deride, national identity, the Jewish counterpart was mainly adaptive in the goy world with the ultimate aim of preserving Jewish identity as a matter of greatest importance. It's the difference between someone who takes to the sea to drown & sink and someone who does so to swim & float. Head beneath waters vs Head above waters.) 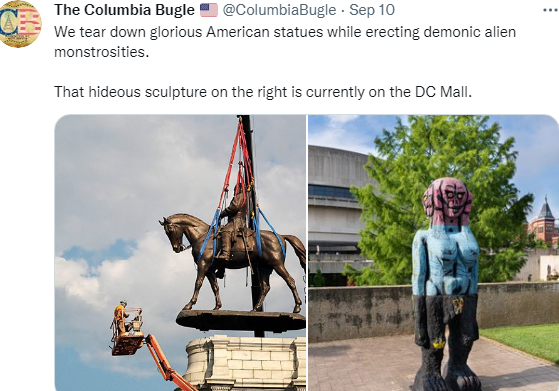 This worked like magic as Swedes came to feel guilt in their virtual collaboration with Nazi Germans. In some ways, it was deemed as worse than collaboration by the French and Norwegians. After all, some nations were under German Occupation and were forced to bend to Hitlerian will. In contrast, Swedes did it of their own accord. Even though Sweden didn't send Jews to Nazi death camps, it did business with the German War Machine when it was killing the Jews. It implies that Swedish progressivism was a hypocrisy, therefore Swedes must do all they can to rectify this historical horror, appease Jews as moral superiors, and heed their advice as the divine word. The dire result has been of course obvious. SwEden became Swodom.

While it's true that Germans acted monstrously and the Swedes were a bunch of hypocrites, Jews were no better in the 20th century. Jews kvetch about Holocaust Denial but they are seriously into Holo-Cause Denial. What caused the Holocaust? Even if we agree that what the Germans did was inexcusable, it was an extreme and radical reaction to horrible Jewish behavior... just like even if we say the nuking of Japan was extreme and unwarranted, it was in large part in reaction to Japanese aggression and war-mongering lunacy. It takes two to tango.
So, while it's ridiculous to deny the effect(German evils in WWII), it is also ridiculous to overlook the cause(Jewish provocation that rubbed so many goyim the wrong way). Even if the six million number is almost certainly false, many Jews were killed by the Nazi death machine. That much any sane person should acknowledge. However, it must also be acknowledged that Germans went crazy because Jews did much to drive them crazy.
(Jews will say the Holocaust has been meticulously documented, but such assertion is misleading because there are laws and taboos in the West that insist on certain narratives and penalizes anyone who dares to revise, question, or counter the official line. It's like so much has been written about the Race Problem in the US, but the Narrative demands that we focus on Innocent Blacks being lynched and never ever ask why whites used vigilante means to keep blacks under the lid. We must pretend blacks were all innocent, and white people were infected with irrational 'racism'. Never mind all the black thuggery and criminality. And according to the Jewish-run Narrative, lynchings were happening all the time and every other Negro was hanging from a tree when, in fact, they were relatively rare, especially in the 20th century. And despite all the scientific evidence, virtually all mainstream discussion on Race is it doesn't exist. So much 'documentation' and 'science' on race has resulted in so much BS. It goes to show quantity is rendered worthless by the quality, or lack thereof, of what is allowed as part of discourse.) 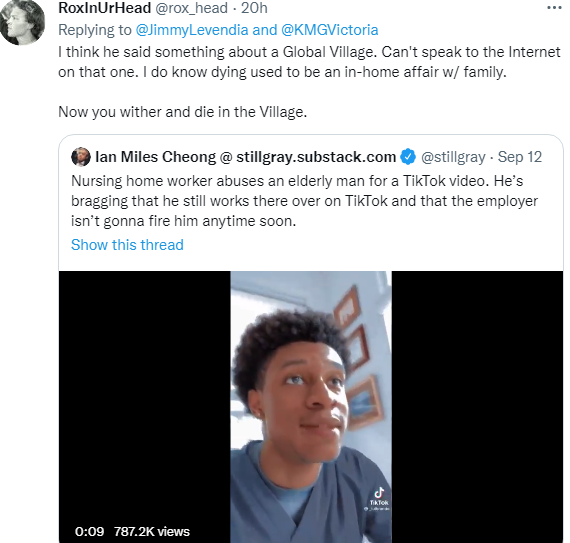 Jewish behavior in Russia of the 1990s and in the US especially since 9/11 goes to show they haven't learned a thing. We expect the Japanese to commemorate Hiroshima and Nagasaki but also expect of them to reflect on their own war-making and mass mayhem in the Pacific. But while all of us are expected to remember the Holocaust, Jews never expected to reflect on whatever they did to make so many goyim hate them. And as Jews control media, academia, and the deep state, so many goyim have been raised from cradle to believe Jews are the Perfect People who were set upon by 'Anti-Semites' because goyim are so very imperfect, whether they be European or Arab. Holocaustianity would have us believe that sinful goyim killed Jews as the Perfect People, a perverted twist on Christianity that says Jesus the Perfect Man was killed by sinners. Well, at least Jesus was forgiving of His tormentors who knew not what they were doing, but Jews have nothing but revenge on their minds, totally oblivious to the fact that many goyim took part in the Shoah as revenge against Jews. If Jews feel righteous in their vengeance, the same justification could be made for goyim who attacked Jews. Righteous Revenge!

In the Current Year, the Perfect People Privilege is shared by blacks and homos. If more black students are suspended from school, it can never be their fault. It must be 'racism'. If blacks are incarcerated more for rape and murder, that can't be their fault either. It must be 'systemic racism', an idea that is a total perversion of social morality, one that burdens a certain race with all the guilt while another race is always exonerated no matter how its members behave.
If homos spread HIV all around and dropped like flies, it couldn't have been because they buggered each other like a bunch of perverts. No, it must have been 'homophobia'. Despite all the facts about homo-behavior-related diseases and black thuggery/criminality, the main cults of the West are globo-homo 'pride' or poo-ride and black-sacred or blacred BLM nuttery, along with Holy Holocaust narrative that insists on Holo-Cause Denial. Yeah, Jews were these perfect saintly people who were persecuted for NO REASON. But Jews got Power of Prophecy or PoP over goyim, and so, whatever they say, the goyim obey.

TRUMP'S SAVE AMERICA RAVES UP