Covid Hysteria is about Jews as Master Race maintaining Control over us as Goy Helots — Uppity Goyim are not tolerated by Jewish Supremacists — What can be done about Conzophrenia regarding Jews? — Appeal of Wokery as the Great 'Neo-Spiritual' Equalizer — Odorology of Political Correctness 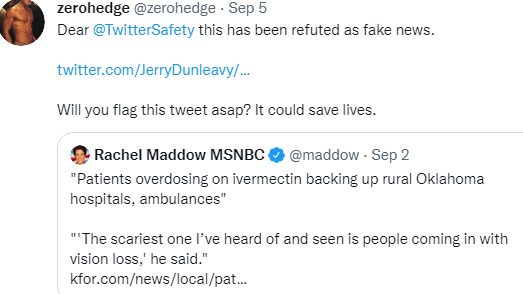 The Covid Phenom is a religious war in a way because it’s about Jews forcing us to obey them as the new gods. Whatever Jews say, we must obey. When Jews decree, we must bend the knee. The most vociferous pushers of Covid Toccine or Quaccine are the Jews. It’s partly about profits but more about psycho-social control over goyim. This is why Jews are so ADAMANT that we submit and do as they say. For Jews, the Covid Toccine is a struggle for power over goyim. It’s like obedience schools for dogs because Jews see us as pets and cattle. We must obey, we must be domesticated, we must be neutered.

Why are Jews so totally insistent that we subscribe to their narrative and submit to their regimen? Why all the panic, hysteria, and vitriol? Why all the (not-so)veiled threats and scare tactics about what Covid will do to us, plus what the state may to do us lest we refuse to submit? After all, any rational person would have figured out by now that Covid is not a mass-killer. It’s hardly anything like the Small Pox or even the Spanish Flu. And yet, the reaction to Covid has been more hysterical, extreme, and draconian than to any disease since the Black Plague. Why?

It’s not about the medicine but about power. It’s like the dynamics between parent and child. Parent seeks authority over the child, and so the child saying NO to spinach can become a big issue. Not because it’s really about nutrition but it's about parental authority over the child. Parent thinks the child must obey in order to maintain authority and respect. Without that authority, parent loses control of the child. Jews react to goyim defying the official narrative(that has since changed so many times — 'trust the schwience, goy') and refusing the experimental treatment like Dustin Hoffman’s character in KRAMER VS KRAMER to this son's eating ice cream.

Well, at least we can understand the need for parental authority. Children really don’t know what is what and need adult guidance(though these days, adults with tattoos, piercings, and green hair are hardly in a position to be lecturing anyone). But should Jews have ‘parental’ control over us? Are we really dumb children while Jewish globalists are the perennial ‘adults in the room’? Adults who gave us Wars for Israel, Wall Street deregulation, Opioid mass deaths, gambling addiction & mass theft, globo-homo cult, BLM riots, legal protection for Antifa, the idea that fat men are ‘women’, etc.

Likewise, Jews want a World Order where THEY SAY, WE OBEY. Whatever they throw at us, we must swallow. They toss, we fetch. This is what the Covid Hysteria is really about. Jews are so bullying and overbearing on the Covid Issue because they see us as children, pets, or cattle to control, especially because goyim outnumber them in all nations except Israel. It's the Jewish gauntlet, a test of force to make us bend our knees. (In Israel, Jews are less concerned about goy Palestinian defiance because Jews have the power of numbers over the Arabs; it’s also why Israelis are fine with gun ownership because there are more Jews with guns than Palestinians with weapons.) A circus animal trainer works with beasts much bigger and stronger than man: Bears, Lions, Tigers, Elephants, Horses, and etc. That’s why they must make sure that the animals obey at all times. Jews see goyim the same way: Big Dumb Powerful War Horse that must be made to obey and follow orders. If goyim begin to think and feel independent of Jewish dictates and demands, it means they won’t obey the Jews or submit to the Jewish Agenda. It means they don’t have to trust and believe Jews like stupid children believing in Santa Claus; they may even begin to speak truth to Jewish Power. It means the end of Jewish Supremacism and the dawn of Goy Liberation. Jews cannot tolerate this, and this is why Jews are in war-footing on the Covid issue. It’s not just about medicine but a make-or-break moment for Jews in their agenda to control goyim. 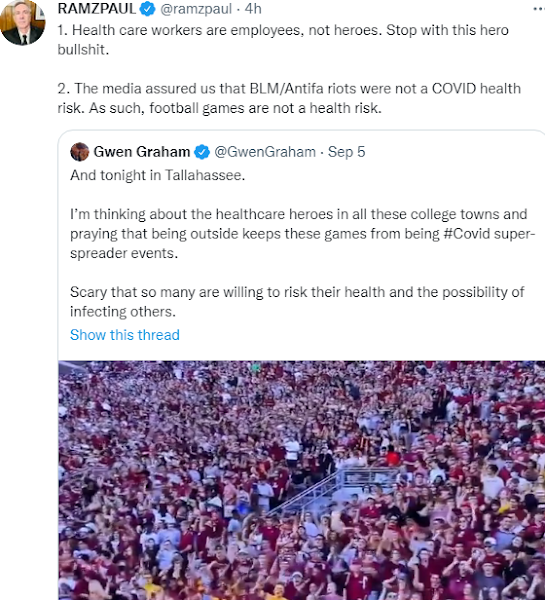 This is why goyim who push the Covid agenda are like Ghanis of the world. Cuck-collaborators. They are like South Vietnamese Viet-Cucks who helped the US hunt down patriotic Viet Cong. They deserve our contempt, even more so if they are in so-called HBD sphere. Their cucking to Covid goes to show, when push comes to shove, they are hardly different from David French and Rich Lowry. They are still hung-up on the fantasy of appeasing Jews and winning their favors.

Consider how the Jewish-controlled Rolling Stone magazine spread the lie about some hospital being filled up with Ivermectine over-dosers. Total fake news, but Jews brazenly lie because they seem goyim as too dumb for the truth. The only ‘truth’ that matters is Jews are the Master Race and inferior goyim must be made to obey. Apparently, Rolling Stone learned NOTHING from its Sabrina Rubin Erdely scandal. What does Sabrina Erdely’s lies and Covid BS have in common? It’s about control over goyim.

Covid Coercion is about Jewish Control over Goyim. It’s less about bio-medicine or bio-weapon than psychological warfare of creating hysteria and controlling us through intimidation and submission. And reaping massive profits from it.

Follow the identity(and the money), and the biggest pushers of Covid are the same people who wage war on Free Speech and Gun Rights. All those dissident right and HBD types who jumped on the Covid Bandwagon are fools or morons. They are essentially David French who talk some race realism. Weak schmucks. When push comes to shove, their greatest wish is to win the approval of Jews whom they regard as superior. 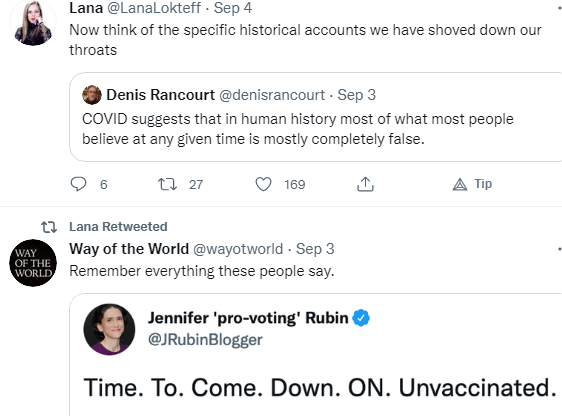 Unless we name the Jew, the Covid Madness may well continue for years as Jews regard it as their golden goose for profits and social control. Jews know they can justify any amount of tyranny by invoking Covid and sensationalizing its threat to mankind. Jews use the Covid narrative like adults use horror stories about the bogeyman to frighten kids into paralysis and obedience. "Unless you kids do as I say, the bogeyman will come and get you!" Because Jews control the media & medical community and abuse both to maximize their power, nothing is possible unless we name the Jew. We need to connect the dots between Jews and a variety of madness that is gripping the West. Whether it's Antifa violence, BLM lunacy, the Great Replacement, loss of civil liberties, financial malfeasance, big tech censchwarzship, destructive Wars for Israel, globohomo degeneracy, or Covid hysteria, you bet Jewish Power is behind it. How can anything be done to restore sanity unless we name the main culprit?

Think of the Culture War. How could so-called 'conservatives' win it when they failed to name the group most hostile to the white race: The Jewish Supremacists?

In any war, the way to win is to identify the enemy and target it for destruction. Jewish Supremacists are the main enemy of the white race, but white conzos have been bending over backwards to appease them.
It’d be like the Soviet Union fighting WWII by trying to appease Adolf Hitler at every turn. What would have been the result of the Soviet Union trying to defend itself from the German Wehrmacht while trying to be in good graces with Der Fuhrer?

The problem with conzos is they countered many of the weapons lobbed at them by Jews but never named the Jews as the main lobbers of those bombs. It’d be like defending oneself from someone’s fists while refusing to admit He is trying to smash your face in.

This is the great conzo-schizophrenia or Conzophrenia. It failed to connect the dots between Jews and the Jewish Agenda. Even while opposing the agenda, it revered the very people behind it. Conzos were against the ideology of Jews but for the idolatry of Jews.
Eventually, the idolatry won out so that conzos even came to adopt the ideology — ‘gay rights’ and Afromania and ‘Muh Diversity’ and CRT — because nothing is worse in the conzophrenic imagination than the failure to appease the holy almighty Jews. 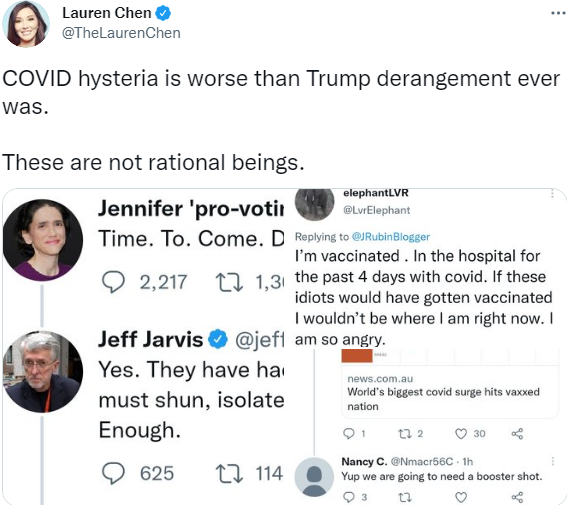 Zio-Madeleine Albright said it was ‘worth it’ to kill 500,000 Iraqi children with sanctions. I wonder if the Sackler Dynasty and the Jewish supremacist elites feel it was ‘worth it’ to murder 500,000 working class with opioid addiction. And remember it was the Jewish Sassoon Family that dominate the sale of opium to the Chinese in the 19th century. A pattern appears. Jewish supremacists regard goyim as expendable and disposable in their pursuit of power and profits.

Those who can’t do, teach.

Those who can’t teach, teach gym.

Perhaps one appeal of ideological teaching is both smarties and dummies can understand it. Ideology is the great equalizer in an ever dividing world. The Enlightenment was about liberty and the people, but more freedom and meritocracy led to division of people between new smart elites, the mediocre middle, and the dummies. In the past, religion united all peoples as both smarties and dummies understood God. Faith was the great equalizer.
But with the fading of religious authority, what can be grasped and understood by ALL people, smart and dumb? Wokery as neo-spirituality because anyone can understand ‘Racism done it!’ It's about saints and sinners, heroes and villains, gods and the devil. Jews are saints, goyim are sinners. Blacks are heroes, whites are villains. Homos are holy, 'homophobes' are the devil. No need to think. Just take it on faith while chanting the catechism of 'diversity', 'equity', 'inclusion' against 'racism', 'homophobia', 'white supremacism', and 'antisemitism'. 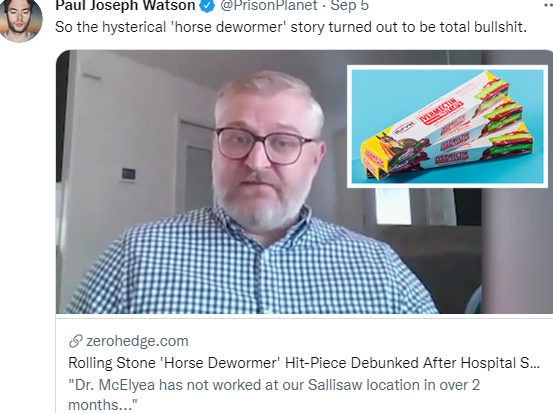 We know why Jews push anti-whiteness. It is to control whites. But why do so many whites accept anti-whiteness? It seems they have weak identity and almost no sense of roots. And most of them aren’t too bright or independent-willed. So, their entire worldview is ideological and/or idolatrous based on what Jews in media/academia push on the public. Jews are the masters, and white wokey-dokes are like bloodhounds. Jews provide the scent and the white hounds mindlessly run after it. Indeed, the current ideology is more smell-based than thought-based. Via control of academia, media, entertainment, and advertisement, Jews have come to associate certain groups, values, and ideas with 'odiousness'. Thus, even people who don't really know the facts or understand the issue react with murderous revulsion because of its 'odor'. Wokery is a form of odorology. If you associate certain images with nice odors while associating other images with bad odors, people will ‘think’ well of images associated with good odors(in the spirit of odoralotry or odor-idolatry) while ‘thinking' badly of images associated with bad odors. Mass media work on the senses and often bypass reason and logic. 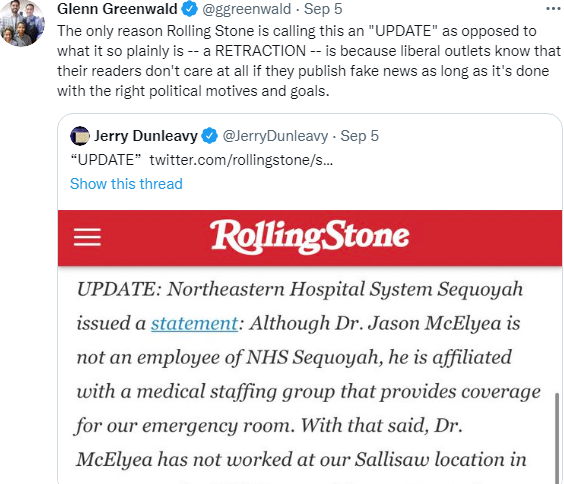